Wednesday was P = iV and V = iR with appliances and a CashPower meter slip showing 35 cents per kiloWatt hour. 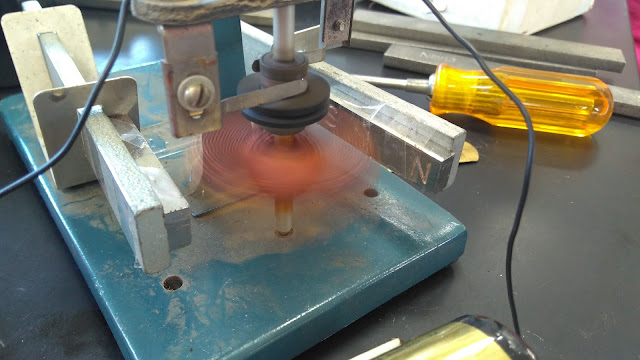 I was playing getting an old motor to run when the students came in at 8:00. I eventually discovered that I could throttle the speed of the motor by sliding the right magnet forward or backward. Initial experiments with one cell had not worked. 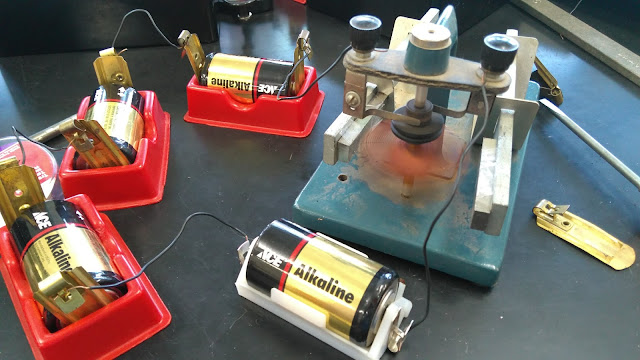 So I was running four cells when I discovered that the motor would not spin unless the right magnet was pulled forward. I suspect, quite frankly, that the right magnet is in backwards and should have been South facing me. That said, both were quite dead, so I taped on newer magnets. 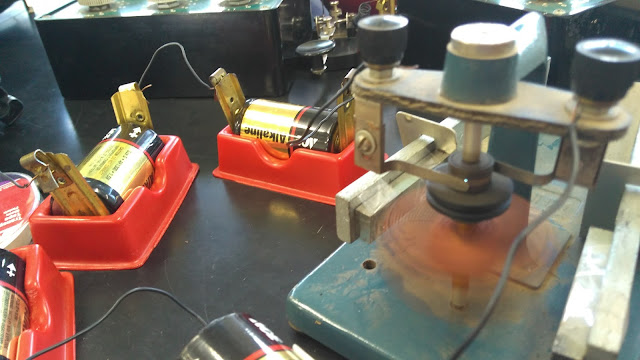 I explained the operation of the motor to the few students who were present at 8:00 A.M. 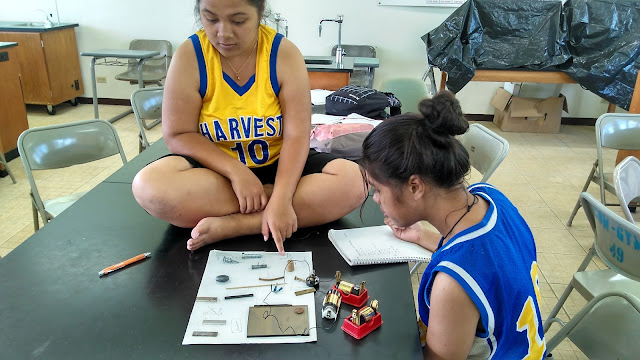 Both classes unintentionally demonstrated that if equipment is given to female students, the equipment rather quickly winds up with male students, providing a teachable moment. 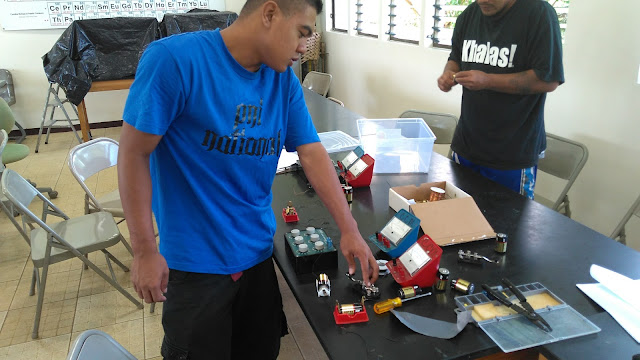 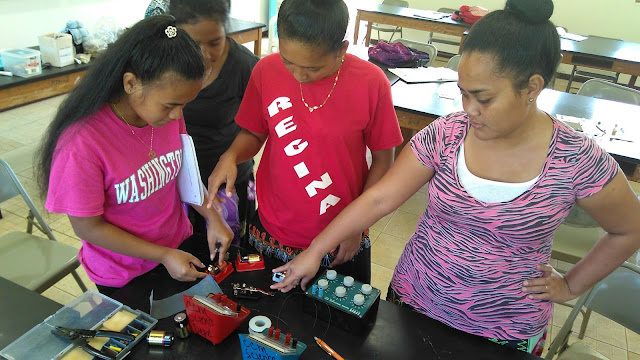 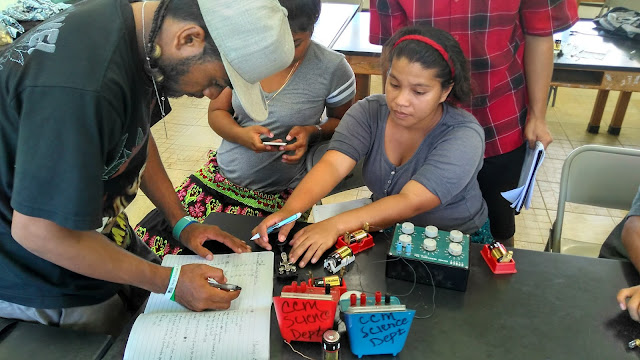 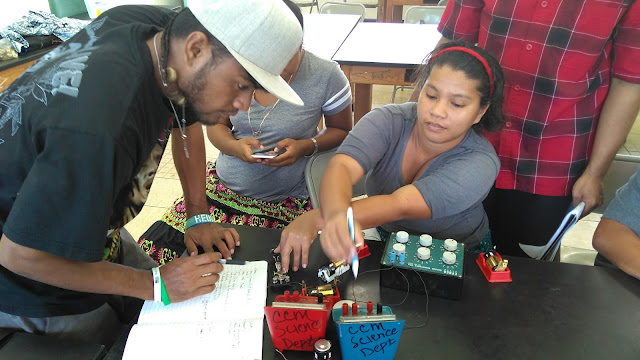 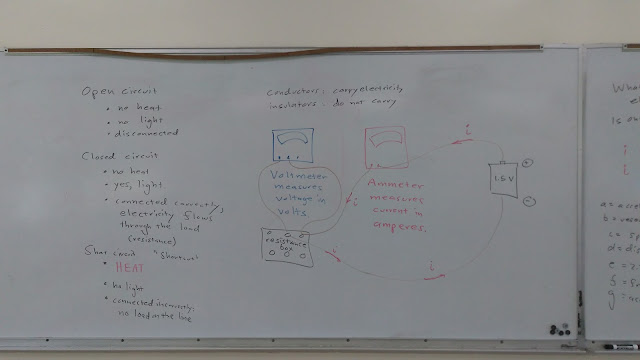 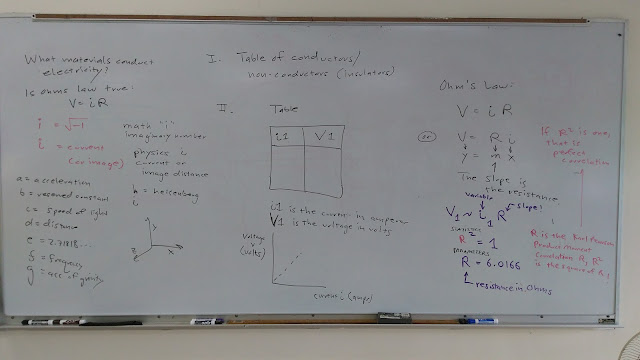 Desmos permitted the entry of V1~i1R without even having to enter a multiplication sign between i1 and R, which is optimal, even though the slope now follows the independent variable.  This mirrors V= iR Ohm's law. The complication is that Desmos also displays R² so one had both R² and R displayed in Desmos. 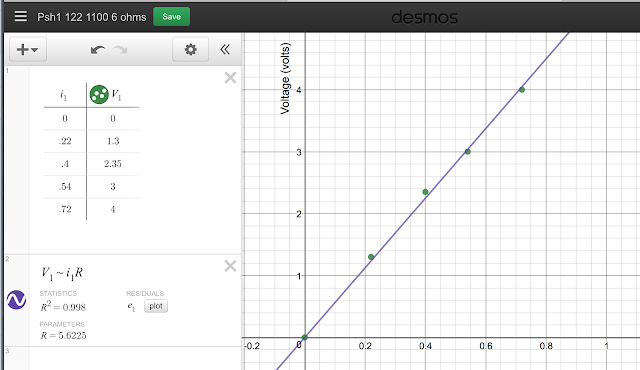 I opted to simply go ahead and explain this, while reminding my former statistics students of a forgotten piece of statistics.
physci