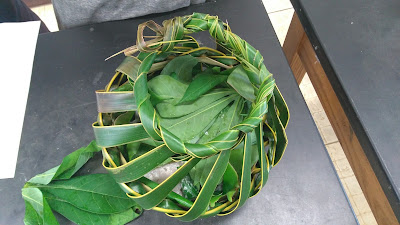 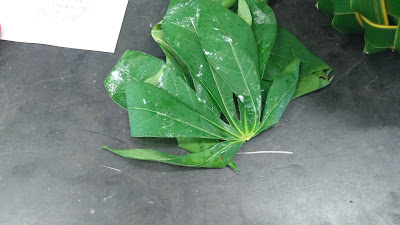 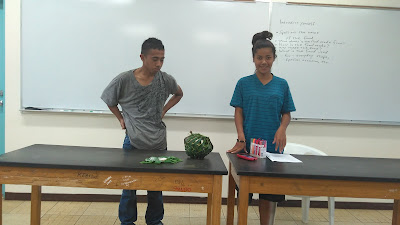 Regina presents, Glenn looks on. The food was made by Nagsia who was unable to attend 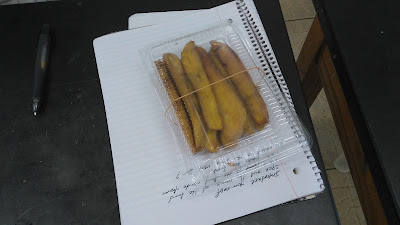 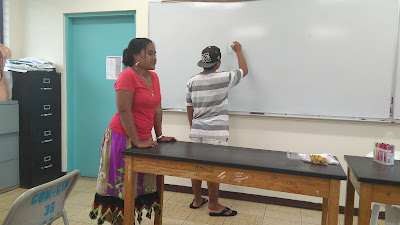 Rensile presents the uht prain, Jaynard writes on the board 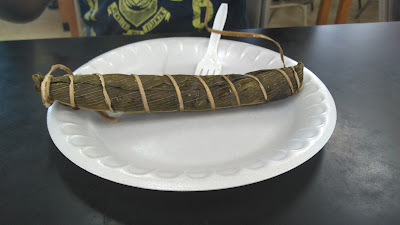 Maare from Woleiai, Yap. Fermented breadfruit in Cordyline fruticosa wrapper, the binding cord is pandanus. The maare is actually from Woleiai, then locally prepared.  A real treat. 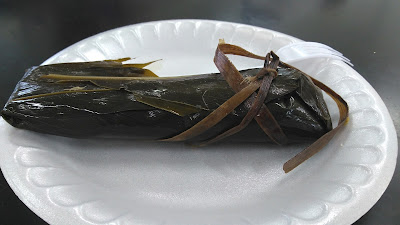 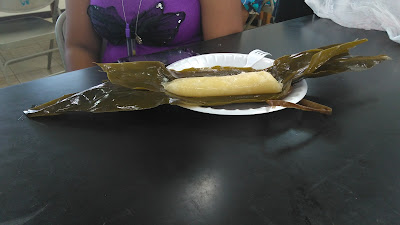 Fermented breadfruit, an all too rare treat these days 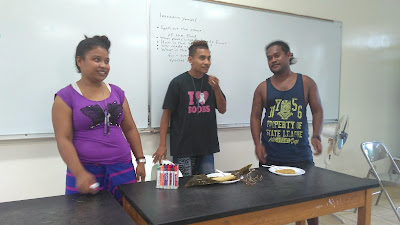 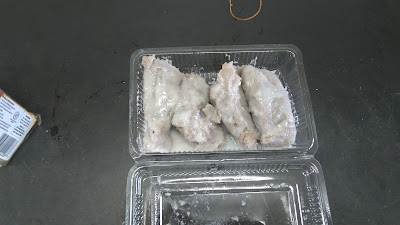 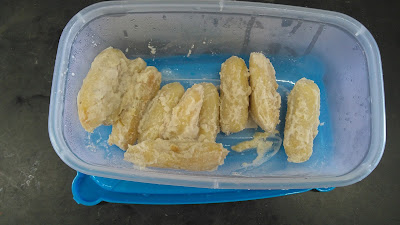 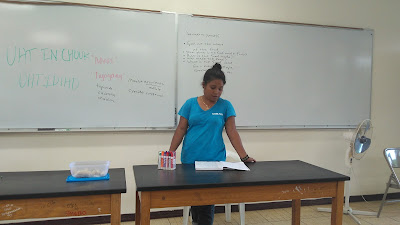 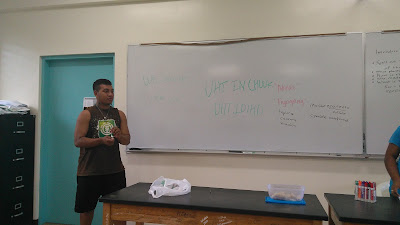 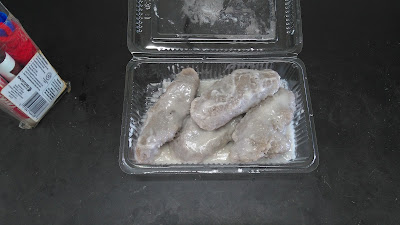 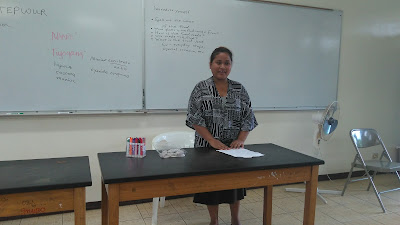 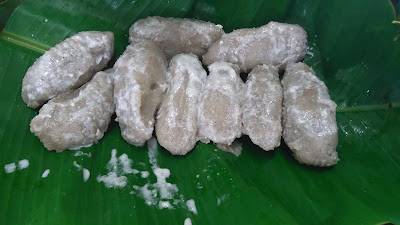 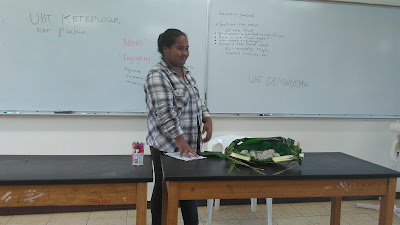 Junida explains that demwdemw refers to the process of rolling the ground banana between one's hands to obtain the shape. This is a food that a presenter once noted as having other potential connotations in some villages, primarily due to the rolling action used to produce the food. 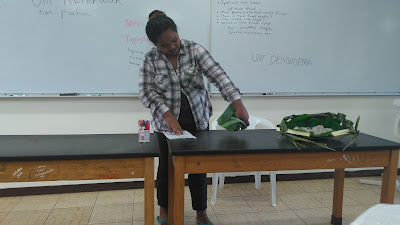 Junida demonstrates how the ground banana solution is held in a banana leaf mold. 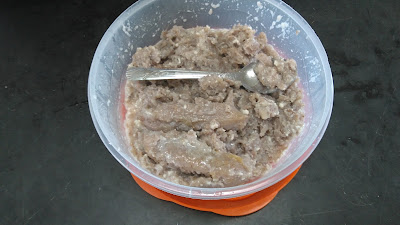 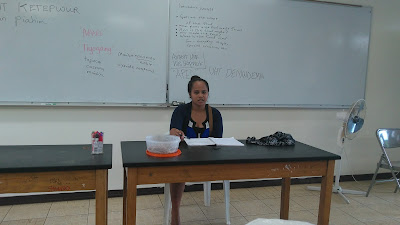 Suzanne described the production of the dish including the use of ahpwed bananas. The result is not the type of ainpot usr I am accustomed too, but a much more flavorful and textured dish. I learned later than this is a specialty of Suzanne's mother and is apparently a unique recipe within that family. 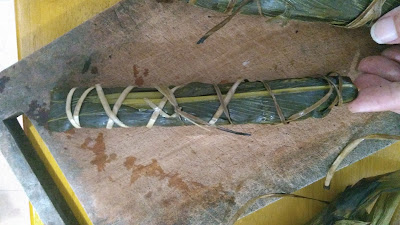 A close up of the pandanus lacing on the Woleaian maare