February 28, 2017
The United States Navy educational goal for the islanders of the Trust Territory in 1949 was for the islanders "to learn to live a healthy, happy life in one's own environment." So reported a Life magazine article of 25 April 1949. In a four page color spread at the center of the multipage article, Life magazine included images of dancers. Including adult men from Pohnpei performing a canoe dance. 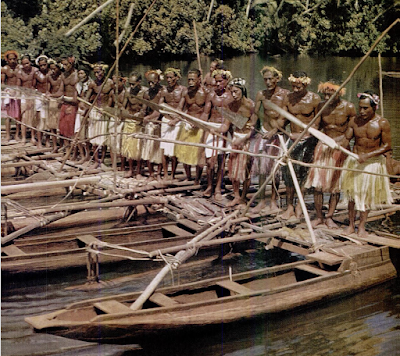 These men certainly look healthy and span a wide range of ages. Paintings and photographs from the nineteenth and early twentieth century all suggest the same: Micronesian peoples were healthy, strong, muscular, thriving on local food, local agricultural practices, and local fishing. The past couple weeks I have been visiting the hospital as a stream of descendants of those healthy ancestors flows into the surgery bays for amputations due to diabetes. Others being treated for the many maladies that obesity and dietary choices have brought on. In the same time frame as the image above, the US Navy reported zero cases of diabetes. One look at that dance line and one can see why. Today a quick glance around any sakau market or bingo parlor will confirm the Pacific Island Health Officers Association evaluation that the present health situation constitutes an emergency. 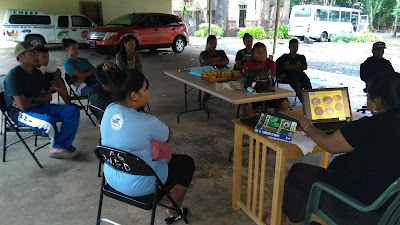 SC/SS 115 Ethnobotany learns of the benefits of local foods

There are many components driving the epidemic of non-communicable diseases including obesity, cancer, cardiovascular disease, stroke, diabetes, depression, injury, and arthritis and gout. Dietary choices, changes in lifestyle, and a shift from working the land to working at a desk have all played a role in the epidemic of non-communicable diseases. In an interview in 2013 Professor Grant Schofield from the Auckland University of Technology found that a traditional high fat, low carbohydrate diet was more beneficial to the Pacific. Professor Schofield "advocates that people in the Pacific are better off following a traditional diet." He went on to note that "If your grandmother or great grandmother would recognise it, eat it. If they wouldn't have eaten it just forget about it. So as soon as you start to think about a traditional diet, don't worry about this fat and what's in the food so much, but just think about what's been around 100 years ago and that's the path to health." [Australian Broadcasting Corporation, 2013] 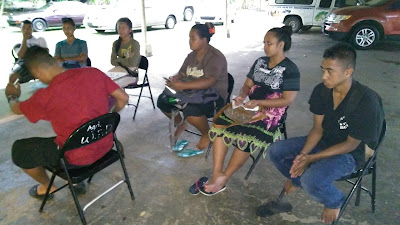 Hard swamp taro, soft taro, breadfruit, and yellow-fleshed bananas are loaded with nutrients, fiber, and minerals. Whenever I see a particular variety of purple-fleshed yam, I am reminded of the admonition to eat a rainbow everyday. Some varieties of local bananas are loaded with beta carotene, there are bright yellow varieties of hard taro. Eating a rainbow is possible just in local starches. Local foods are healthy.

Local foods come in their own biodegradable containers. Whether coconut juice in a coconut, or bananas in a banana peel, all local food arrives in biodegradable skins or covers. And local foods do not require shipping in from distant locations. Boats these days are not pushed by the wind, but by fossil fuel sucking engines spinning propellers. Food from abroad is a double whammy on the environment. Fossil fuels bring the food, and then the plastic containers fill the landfill. 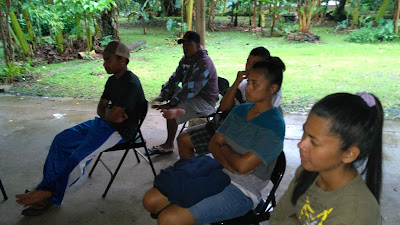 Local foods are also grown by local farmers. Money spent on local food stays here on the island. That farmer can now buy things with the money he had earned. If the farmer also buys local goods, then that same money goes around and around on the island. This is called a multiplier effect and is ultimately good for the national gross domestic product. Money spent on foreign food is money exported from the island. No multiplier effect. Adding economic insult to injury, the money spent on foreign goods drives imports, which contributes to the trade imbalance. Import substitution in the form of local food, offsets imports. In some instances, local products can be exported which is good for the balance of trade for the nation. 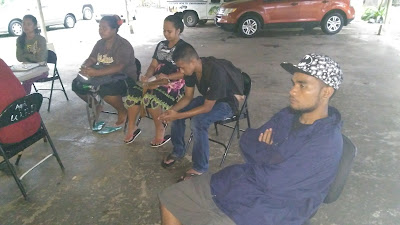 Food in the back yard or up on the mountain behind the house is food that is available no matter what happens elsewhere on the planet. A planetary rice shortage can leave a small island which is dependent on rice vulnerable. Depending on a boat to show up and feed you is food insecurity. Depending on the land at your feet is food security.

My thanks to the Island Food Community of Pohnpei for again hosting the class.