February 23, 2017
In the morning section I began out on the lawn, foregoing the usual introduction in the classroom. I had given a brief introduction to latitude and longitude on Monday. Wednesday the hide and seek went well, only one group failed to find the rendezvous point. The hide was sufficiently cloaked that the lead seekers had to bring home the last digit on the GPS unit to find me. And that led naturally to the question: just how far is 0.001 arcminutes? This leads to a focus in the Thursday laboratory on determining the conversion from meters to arcminutes. I opted not to start in the classroom on Thursday but to launch from the field. This works well if Monday and Wednesday have laid down the basic concepts. 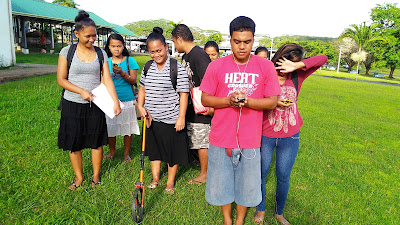 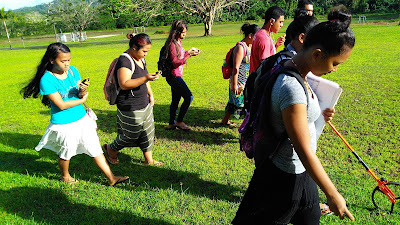 The group headed east, Anjannet, Mayleen, and Sasha in the second row. 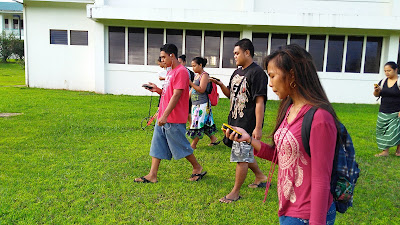 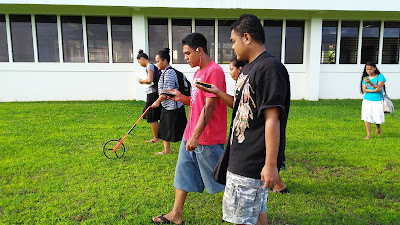 Mandylae on the surveyor's wheel 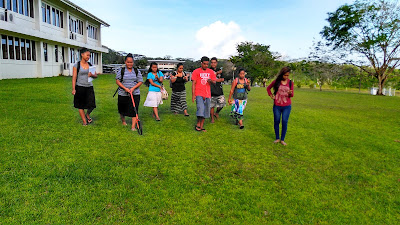 A modified conversion sheet provided data at one meter increments out beyond 180 meters. This is where the road passes campus. At just over 180 meters one crosses the 0.100 arcminute mark. 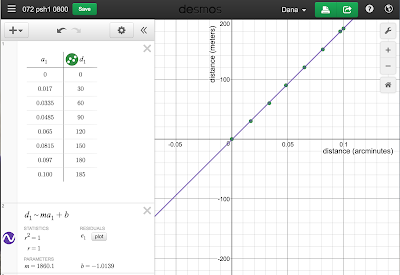 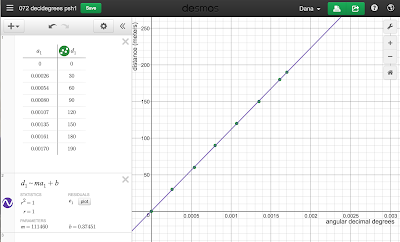 Anjannet's GPS was still set to decimal minutes. About 111,460 meters per degree or thereabouts. Using Desmos requires manually adjusting both the x and y axis to properly display the data. 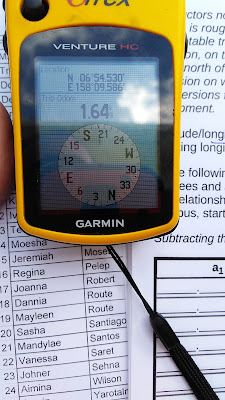 In the afternoon I wanted to try to run north into the new soccer field. I did not want to start too far east and hit the cliff, or too far west and wind up in the bush to the west of the field. 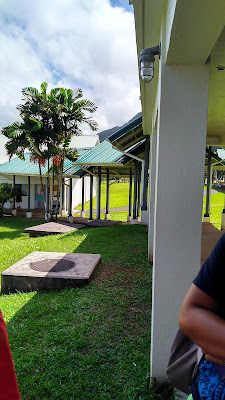 The LRC is simply a suboptimal start and a better path than east 158° 09.586 ought to be explored. The class veered consistently right of north. 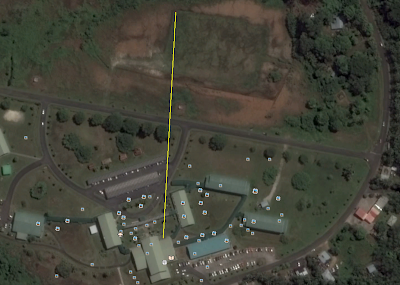 The track is not a bad track per se, longer that the traditional east track, which surprised me. The ".530" start is harder mathematically, and that was complicated by the multiple different start values that had to be subtracted. I chose to subtract these in the field rather than the lab so students could "see" where the values in the table were coming from. Ultimately the sun was scorching hot and that actually made thinking harder for everyone. 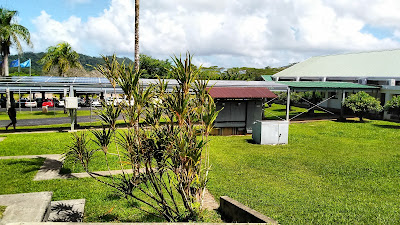 The view from the starting point. 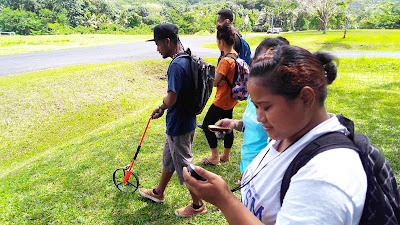 Jeremiah on the surveyor's wheel, Aimina checks her longitude 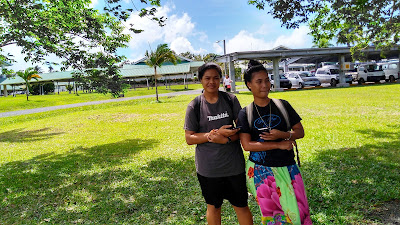 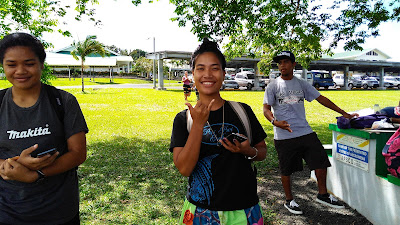 Vanessa, standing in the view of the path back uproute 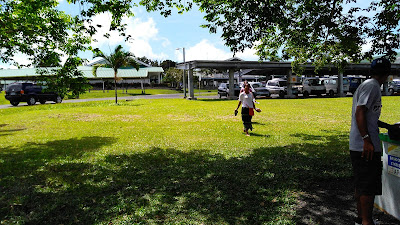 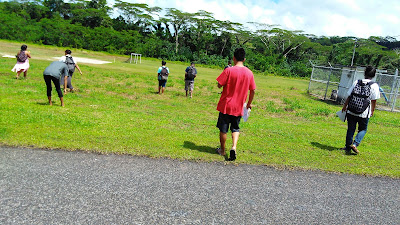 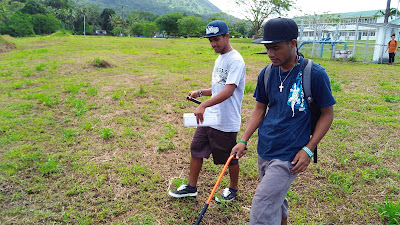 180 meters was just across the road. 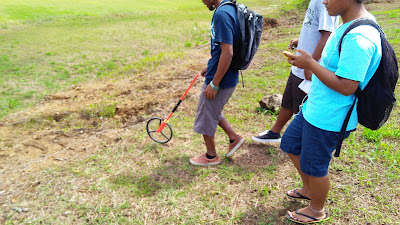 Thus 210 meters is possible, 30 more than is possible on the east route. 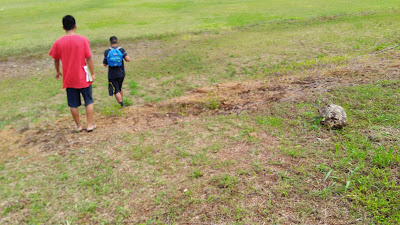 Headed for 210, and 240 is theoretically possible. 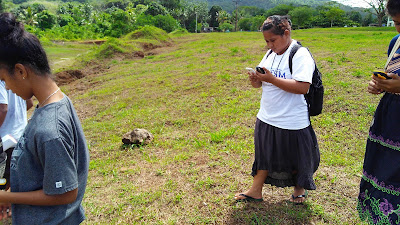 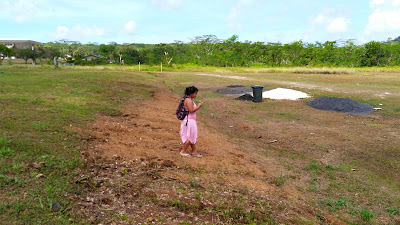 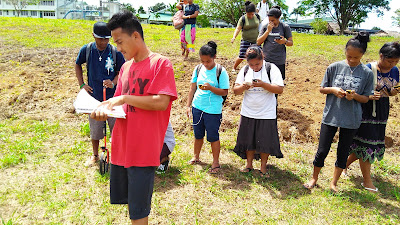 Kimsky taking notes, everyone else reading their GPS 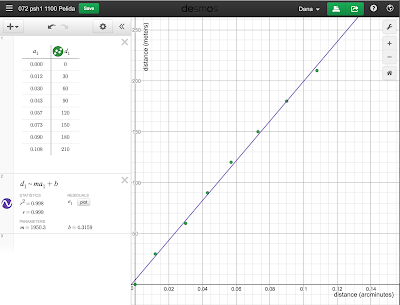 Pelida's data and graph, 1950 meters per arcminute on the polar route.
physci