January 30, 2017
This term I attempted to remeasure the drop heights using twine. I suspect the measurements were problematic, perhaps a return to surveyor's twine would be appropriate. 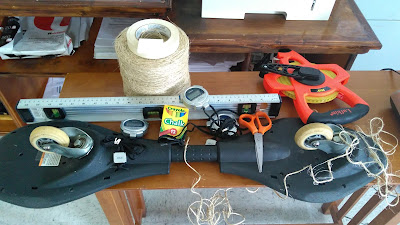 There is a plethora of gear to gather, as seen above. I used a RipStik, masking tape, twine, colored chalk, three stopwatches, scissors, a tape measure, post-it pad, and a level. I also needed a pen, pad of paper, and role. 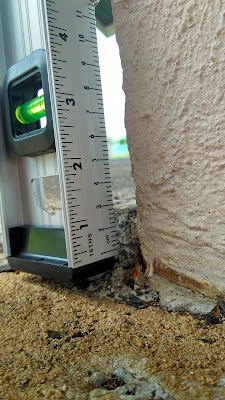 At the bottom of the hill, rope line up around 12 cm. 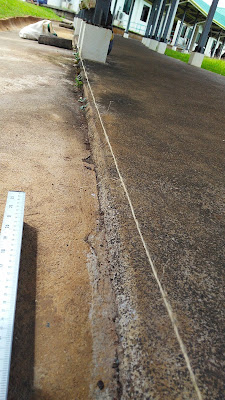 The run back up to the second post up the slope, the 10 cm drop. Measured out before class. 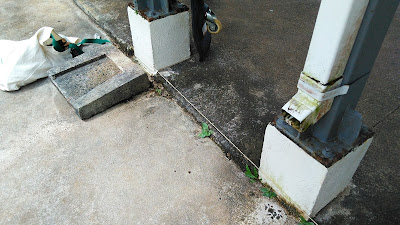 I worked on the lines starting at about 11:40 AM 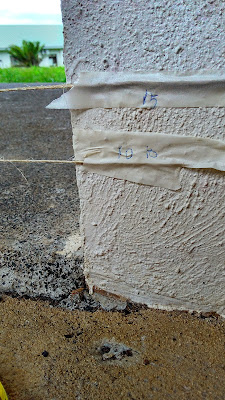 Two lines in place by 11:54 AM. Surprisingly most of the class went past me to the classroom. only eight stayed with me up at the sidewalk. The rest wandered down later. 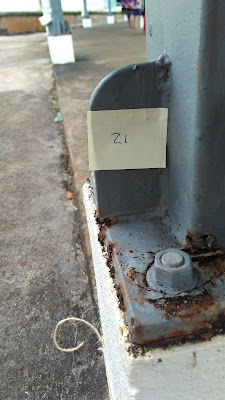 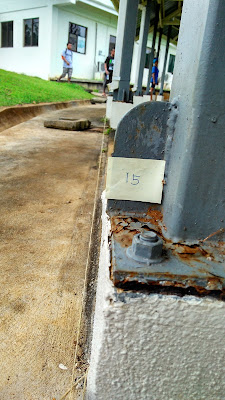 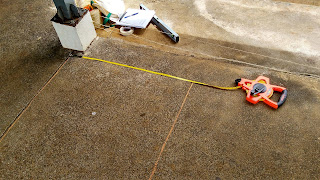 At the bottom the speed trap was a 100 cm timed by three stopwatches. The medium time was recorded. 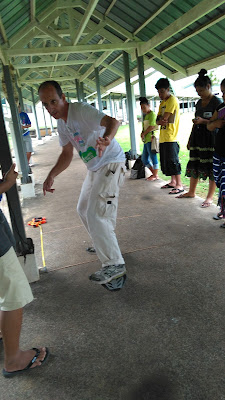 Having external timers helped. I could focus on hitting the speed trap square on, traversing it on the perpendicular to both lines, and then swinging the corner into the runaway ramp. 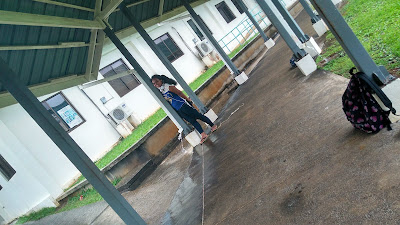 After 0, 10, 15, and 21 cm drops, I tried to measure the drop from where Dannia is standing. This came out at 25, where prior measurements put this at 54 cm. The 4 cm rise seems too small, but that is what the team measured. I did the 25 cm drop as in the past, by pulling the existing three lines and tying them together. This was 54 in some prior year. 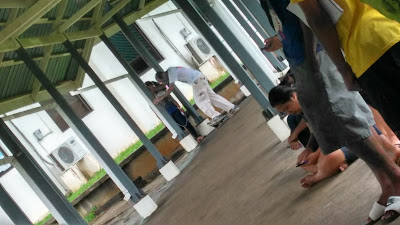 Hanging on for the top end start. All starts were from zero velocity, a very wobbly way to start. 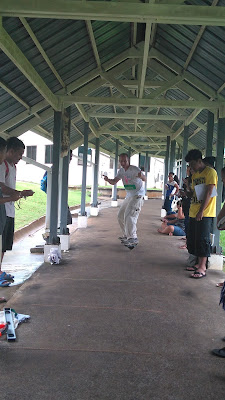 Being silly, shaka signs on for the selfie shot. Thanks to the camera persons! Note another line has been added to provide a 200 cm speed trap. This would prove problematic from a data perspective. A 0.40 second 100 cm from 21 cm up and a 0.81 second 200 cm from 25 made the higher drop slower. I remain uncertain as to how to correct this. The speed is higher from the higher location. 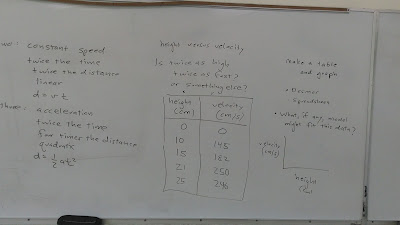 This term the in field start permitted running the numbers on the board. To my surprise the value that appears to be out of line with a v = 44√h is the 21 m drop. That drop is timed too fast for the curve. Desmos permitted a regression against a square root relationship, rather than the usual power relationship and then a hand waving argument that the basic model is the correct shape. Desmos has changed everything. I can regress to the expected model, which has brought the coefficient closer to the expected value. 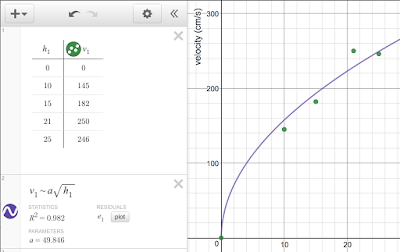 I am tempted to perhaps suggest a 150 cm time trap from the lowest to the highest height to remove speed trap length from the hidden variables.
physci