November 24, 2016
Laboratory fourteen is the penultimate laboratory in physical science and the last laboratory with a written report submission. This term I opted to de-emphasize the exploratory nature of the laboratory. Last summer the laboratory explored the relative flying characteristics of four different classes of airborne objects: ball, disks, rings, and an Aerobie. Data was shared to the board and the students were instructed to make four graphs. 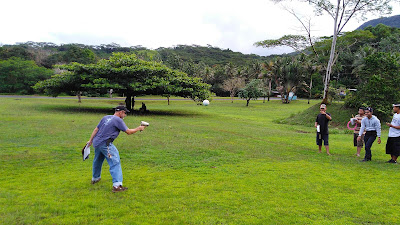 This term the class began with four objects, although the Aerobie would eventually be set aside by the group using the Aerobie due to difficulty picking up the disk on the radar gun and due to the extreme flight distances generated by the disk. 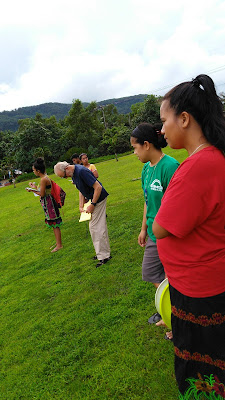 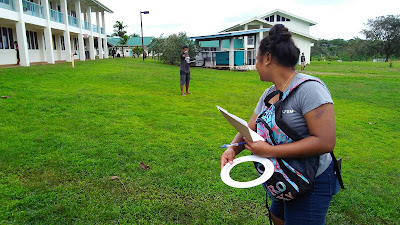 Gayshalane readies to throw at Kenoma 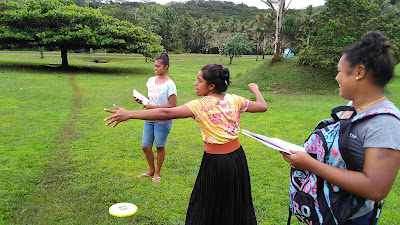 The data can be quite scattered. This term I focused on the laboratory as a practical examination. The marking rubric is "cloaked" - the students do not have access to the rubric this term. I want to see what they do when given raw data. Can they develop a full and complete report including determining whether there is a mathematical model for the velocity versus the distance and if there is, what is that mathematical model. Distances were measured using GPS units. The oldest of the seven units has died a natural death after nine years of tropical heat and humidity, six were deployed today. 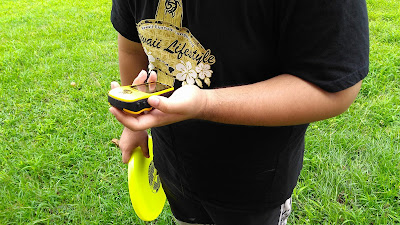 Students were instructed to try to obtain at least a dozen data points to cope with the large variation, and the potential for a 0 m/s, 0 m data point was mentioned in both sections. 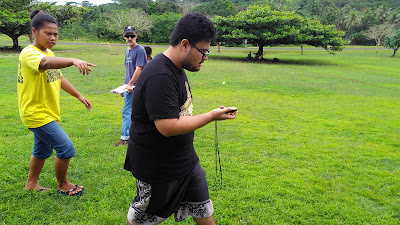 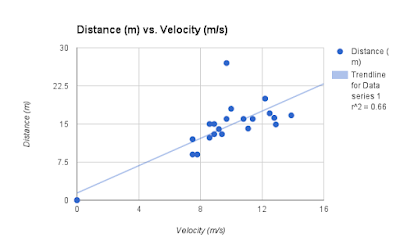 The data shows a fair amount of variation away from any particular smooth line or curve. That said, a relationship exists in the data. Outliers in this systems are not errors per se, outliers happen. The above data is from two sets of flying ring data. 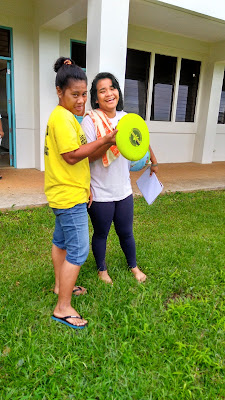 I opted to use a Motorola Moto G4 Play to capture images, turning the Android unit over to students in each section to capture pictures. Vandecia took the above in the afternoon. The image reminds me that people tend to want to do what they enjoy doing. If one wants more students to pursue an education in science, technology, engineering, and mathematics, then the courses should be as enjoyable as practical. Learning and fun are not anathemas to each other. Both happen in physical science.
physci