Waves and the speed of sound

October 13, 2016
Week nine of physical science began with the laying down of a RipStik sine wave on three sheets of paper. About three wavelengths were laid down in 1.29 seconds with an 8 cm amplitude. Wavelength was measured at 57 cm. At 8 cm, the amplitude was a tad larger than in past terms. 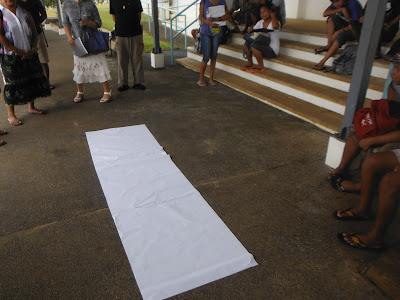 I opted to shift the paper slightly east of where I usually locate the paper. Rain splatter was only one factor. The location worked well, I used a westbound run to lay down the wave. 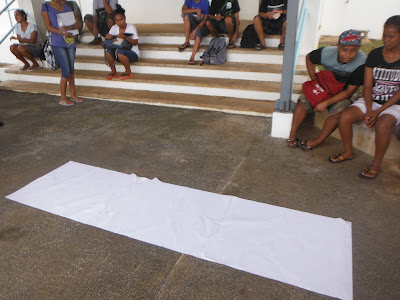 The sheets were taped together, but not taped to the sidewalk 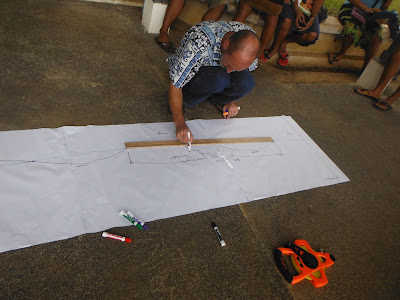 I then began to lay out the parts of the wave, explain definitions 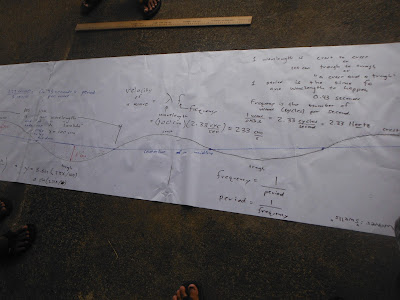 By the end of the period the paper was fairly crowded. This term I used Desmos as a homework assignment. By having the students set up Desmos with variables, the automatic animation capability could be used to help the students comprehend amplitude and wavelength.

Thursday the class timed the interval between seeing two boards clapped and hearing the sound from distances of 200 meters out to 550 meters. 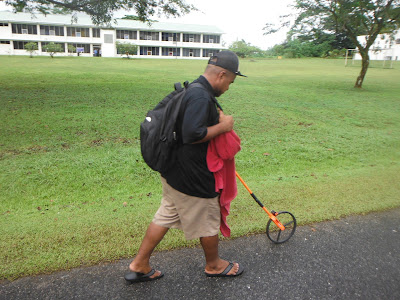 Maxon with the wheel and towel 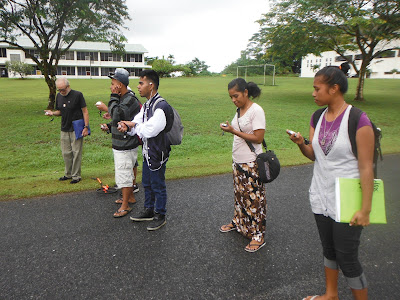 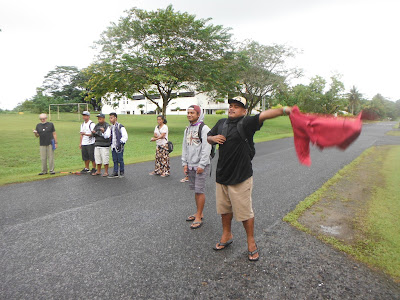 Maxon calls for another clap 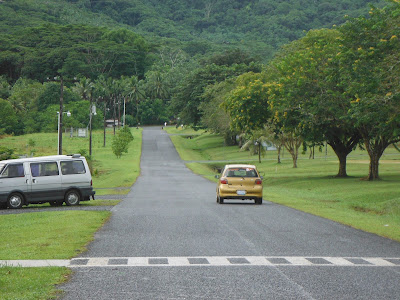 The distances are large, yet the human eye can easily see the clapper 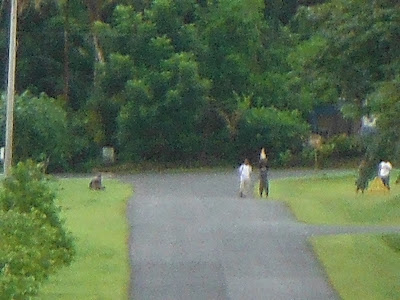 Should be Kenoma and Trisden down there, imaged from 300 or so meters. Marisha was the cell phone contact.

In the morning the class adjourned to the front of the library, but the Chromebook could not connect reliably from that location. The signal bounced around from below 40% to as high as 58% at one point. 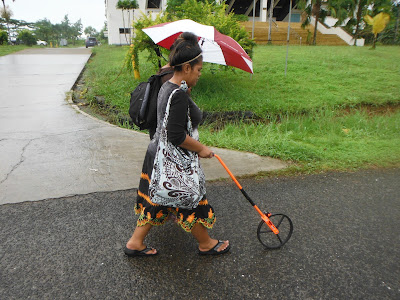 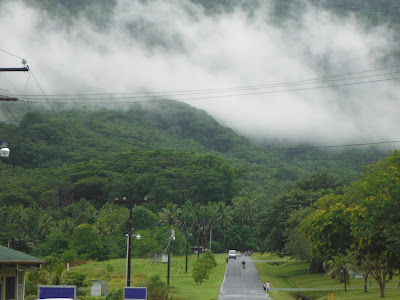 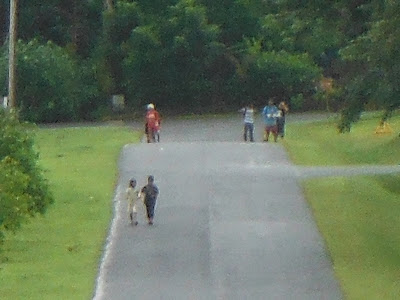 That should be Glenn, Anster, and perhaps Yuta. Yuta was the cell phone contact. 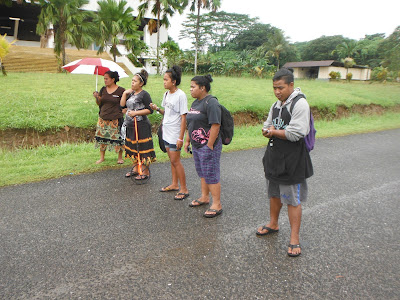 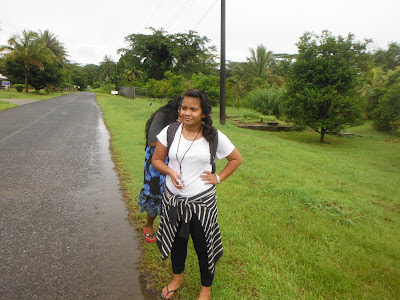 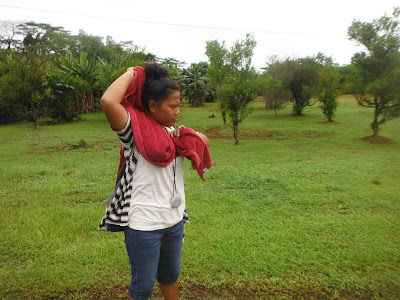 Michelle was the flag bearer 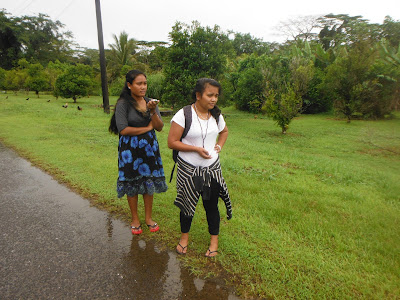 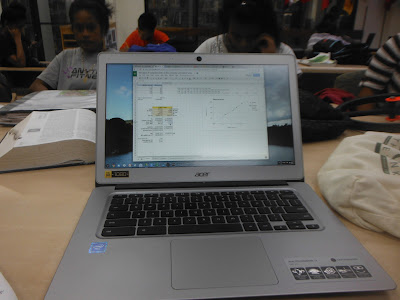 In the afternoon the class adjourned to the New Zealand room of the library where there is a strong WiFi signal. This allowed me to run tests for normality using the Statistics add-on for Google Sheets. 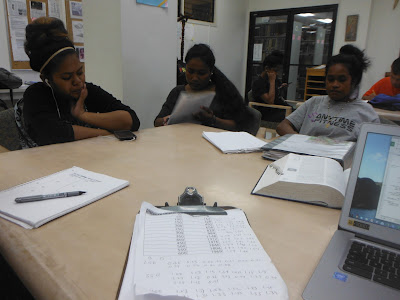 The lack of places to do impromptu group class work is a felt deficiency for a session such as today. We just needed a table somewhere we could talk without disrupting. The college has no such place at present. The library is all quiet work areas. The former group study room is now a center for entrepreneurship. I realize that the center can be used, but the center is primarily intended for the work of the center, not for use as a last minute "let's go there, share data, talk it out" location. The new student center might provide new options for the campus in this regard.
physci