RipStik wave and the speed of sound

June 22, 2016
In the morning I followed up on the weather station visit by demonstrating a dry and wet bulb thermometer. I then demonstrated using a table to determine the relative humidity, heat index, and relative health risk of that heat index. This was followed by making a RipStik wave on poster pad paper in front of the south faculty building. 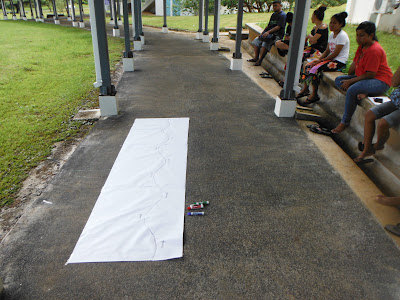 As the class was seated to the east of the entrance to the building, I opted to lay down the sheets on this slope. I used an uphill run but my turn-around had been sketchy on the east side of the sheets. Wobbly, I came in a tad slow with low amplitude. The initial wave length was 30 cm on an amplitude of only 2 cm. I accelerated up sheet ending on a 60 cm wave length and a 7 cm amplitude. This complicated the analysis. 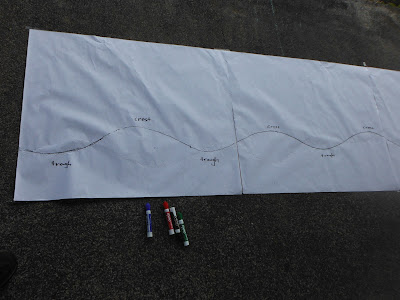 A student timed the run, I held and drank coffee while riding. The time was 1.75 seconds for what was crudely some 4.75 wavelengths laid down across 248 cm of poster paper. This put an average period at 0.37 seconds, a frequency of 2.71 Hertz, an average wavelength of 52 cm, and a wave speed of 143 cm/s. 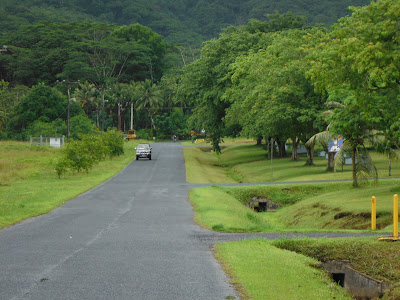 Again I used cellular communications to handle the intermittent rain. Once one is out beyond 100 meters, shouting is not possible. 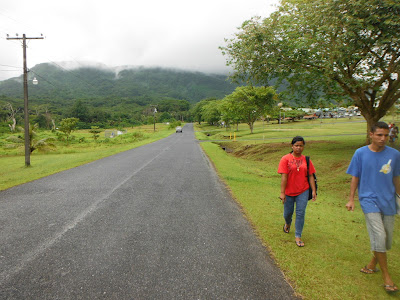 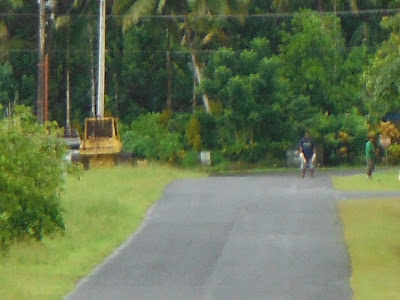 John and Gino in the distance by the "B101" Pterocarpus indicus (Narra) tree. 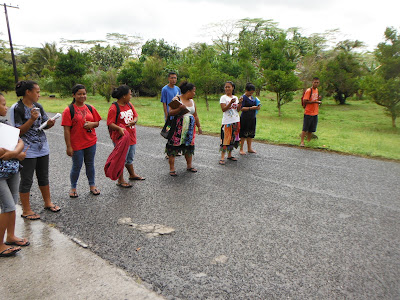 The timer line up 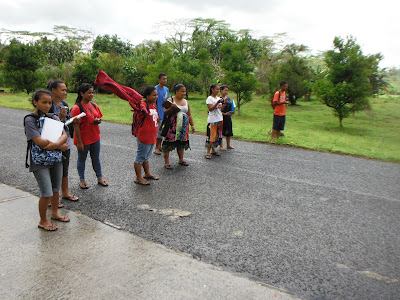 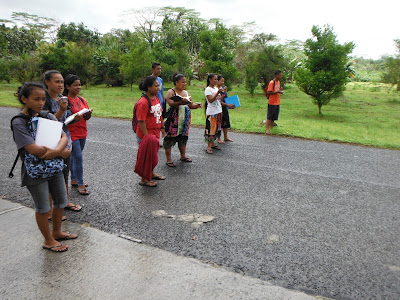 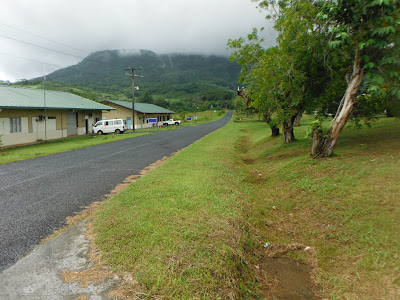 Rain would move in after 200 meters. 250 meters was abandoned and 300 meters, at maintenance was the next stop. Above is roughly 400 meters. 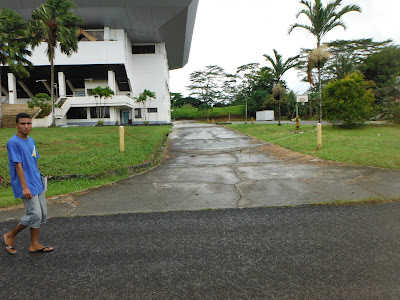 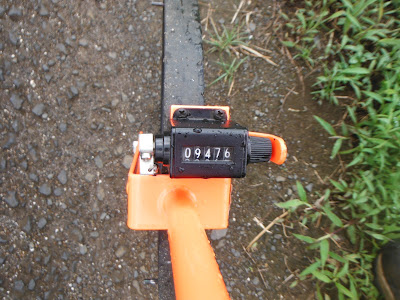 1476 feet. The 8 in the second digit would not clear. The wheel is increasingly balky about resetting. 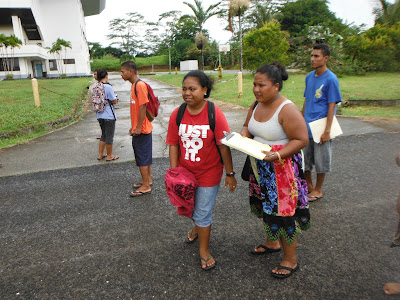 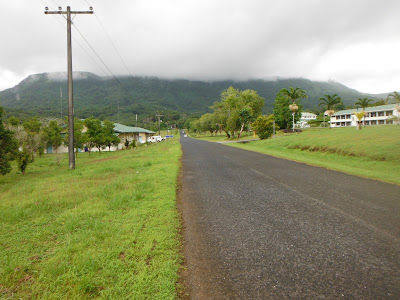 The long road back to John, Gino. Hard to believe but we could see them rather easily today. Cloudy weather works better than sunny weather. Hearing was easy too. There was a quietness to the campus, and a light easterly breeze was in a laminar flow across campus. 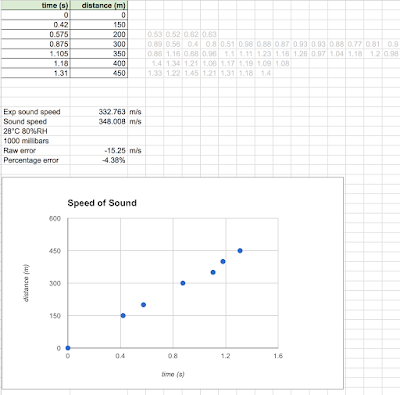 Data and results suggest a speed of sound only about 4 percent below the published value for today.
physci