June 09, 2016
Last spring I replaced the pulley laboratory with an open exploration of friction. This laboratory would be confusing for the students. The inability to separately control for sled mass and sled surface area complicated the spring run. A student glued two slabs of glass together and I instantly saw the solution: two glass sleds glued together would produce two different surface areas with the same mass. I would envision and built a prismatic sled, but I learned this term that one can simply stack three unglued sleds and pull the bottom sled to get a common mass for the three surface areas. Change the bottom sled of the three stack and the surface area is altered. 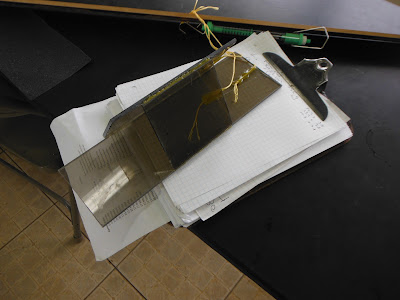 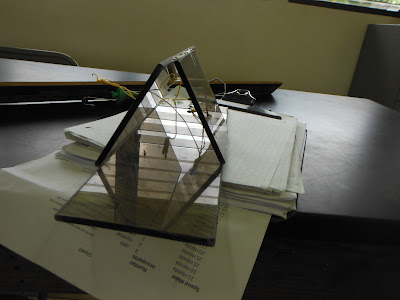 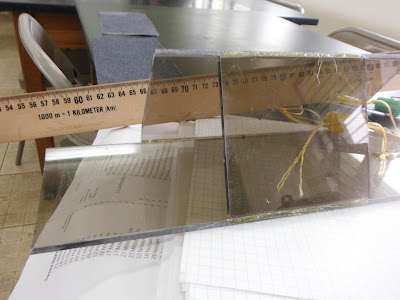 The edges are held together by hot melt glue 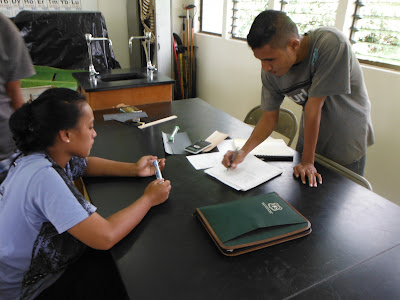 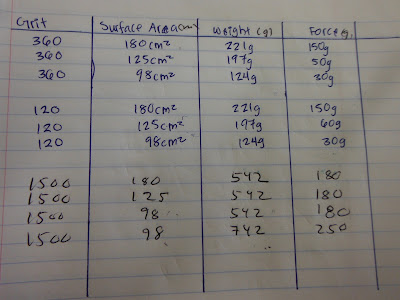 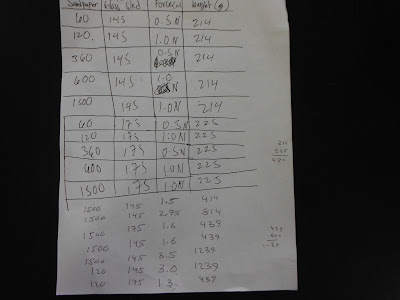 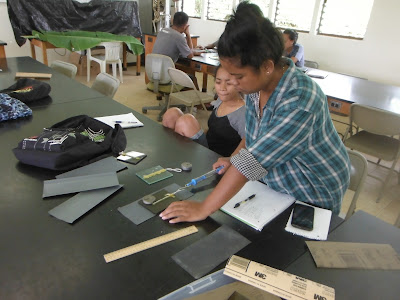 Hansha makes a measurement of the force of friction 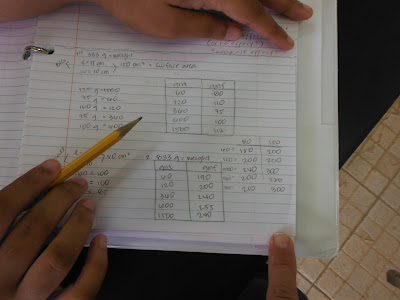 Some pairs did self-generate organized tables that appeared to show an implicit understanding the need to control for different variables. Other groups generated somewhat randomly collected data, not always in a table. 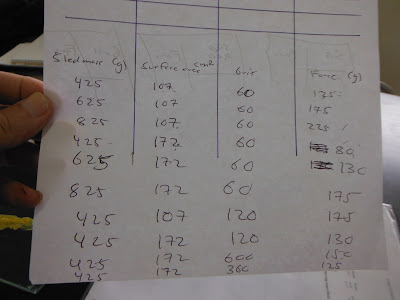 Data I was involved in gathering with one group 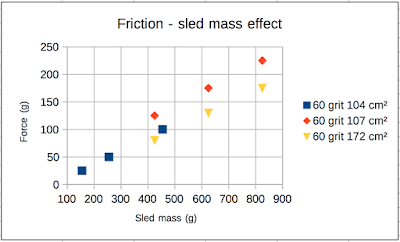 The force of friction increases most markedly with increase in mass of the glass sled, as the theory also propounds. This is the easiest effect to tease out from the glass sleds. Slot weights are added to the sleds. The class uses glass sleds because broken louvers are readily available, effectively free. I use a glass scoring wheel to square them off, sandpaper to remove the splinters. The students are, by and large, used to machetes and sharp objects. 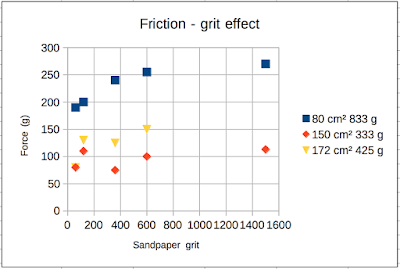 Sandpaper grit does not show as marked an effect, but some groups still reported a consistent effect are a result of grit. There are hints of that in this glimpse at some of the data: for high sled masses on low grit number sandpapers there is the suggestion of a trend. 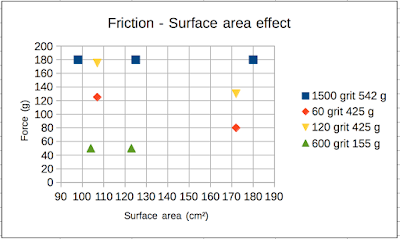 Surface area does not show a clear effect, and the theory extant suggests that the surface area is irrelevant. That said, some groups found that increased surface area caused a drop in the force of friction, and that can be seen in a couple data points above. I intentionally do not drag the actual theory of friction into this laboratory. This laboratory is about the student as scientist, not the student trying to obtain "the right answer" - whatever that may be. 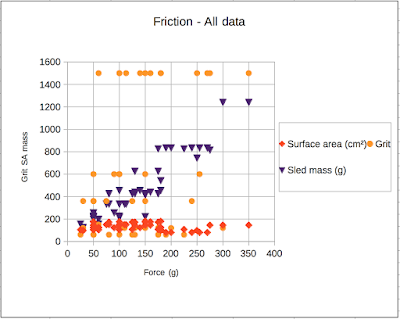 When one simply throws every single data point onto a graph with no regard for control of variables, only the sled mass shows a strong trend. Of course this chart mixes sled masses, grits, and surface areas.

The laboratory is certainly, as presently configured, an unguided and unstructured exploration of friction. The laboratory is also rather complex at this point. Perhaps reducing the variables would help. Maybe tossing out surface area - as it is hard to control, - and having the students drag one single sled on different grits and with different slot weights would at least show that the weight is what matters more so that the grit.

I did not have time after building the prismatic sled, to test what results that sled might produce! 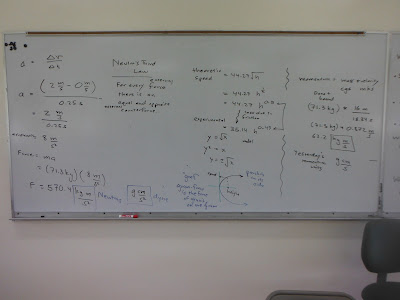 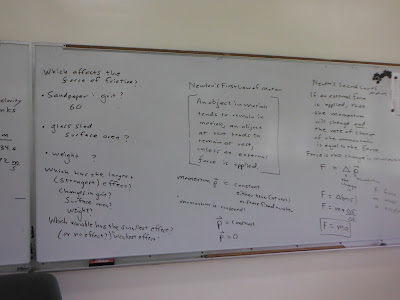