April 08, 2016
The material culture presentations remain the most difficult for the ethnobotany students. So much of the material culture has shifted, changed, or been outright lost. Homes are now made of cement and steel roofing sheets, boats are fiberglass powered by motors, clothing more often reflects the current trends seen in music videos than ancient cultural heritages. Tattoos are, as one student noted, of random animals. Clan line tattoo patterns are, by and large, lost. 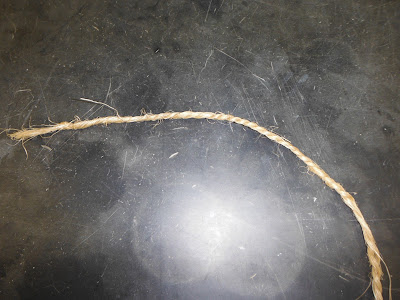 The Yapese still produce coconut fiber rope, rolled on the inner thigh by men. Dukay presented a tattoo but noted that the tattoo was in a sensitive place. He noted that chiefs are denoted by a whale's tail tattoo, but only a few still have such. 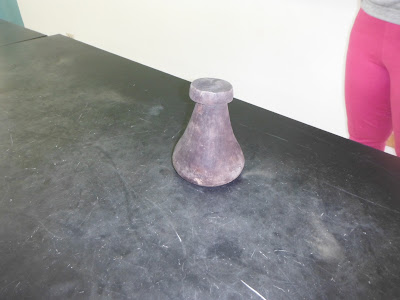 Angela Solomon presented the Pingalapese dok, a wooden pounder for pounding breadfruit. As I had noted in class, food culture and the implements that generate the food are not usually lost as quickly as other elements of material culture. 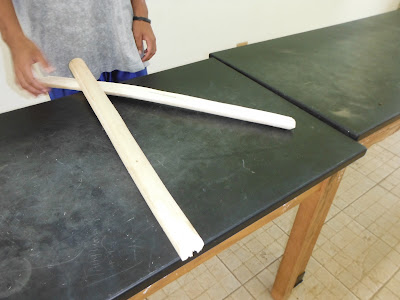 A tihpw is a wooden tongs for handling uhm rocks, made by splitting a piece of Hibiscus tiliaceus, this is an unworked implement, other than the splitting of the wood with a machete. 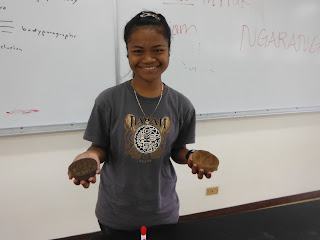 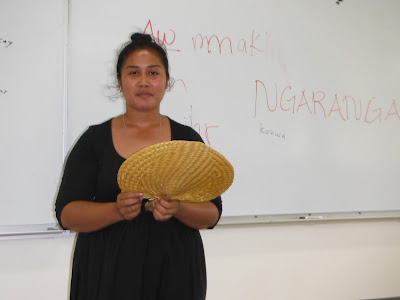 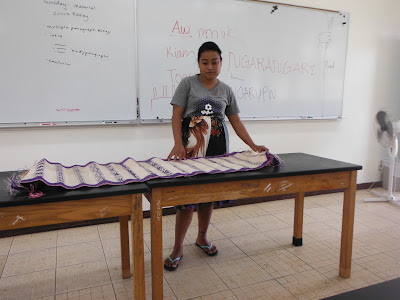 Ravelyn presented a banana fiber women's wrap skirt called a mwoarupw. Over the years no student has ever worn the mwoarupw to class, prompting me to wear a koahl for the second day of presentations. That said, the mwoarupw is apparently not usually worn but is reserved as a gift given at the time of a funeral, and, if I understood correctly, may be used in some instances to wrap the deceased. 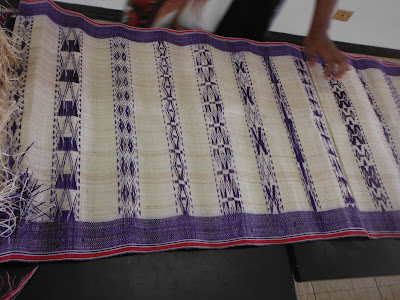 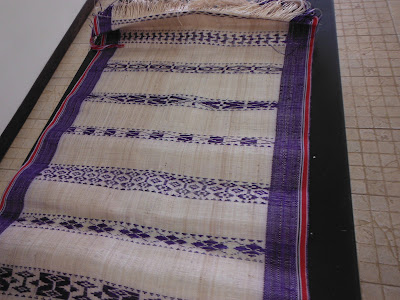 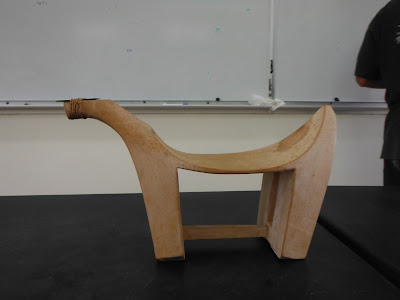 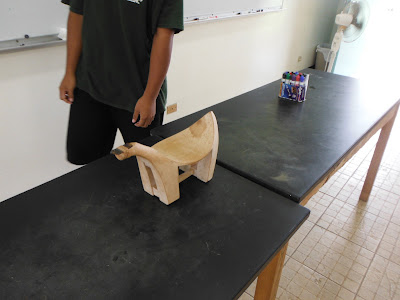 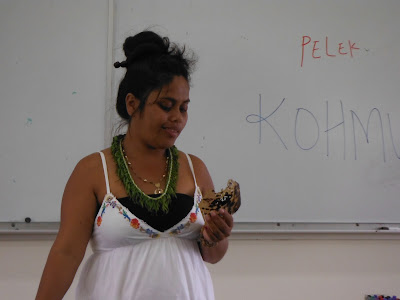 Sandra brought in a kohmw, which is Pohnpeian for comb, which is not technically ethnobotanical as the comb has an animal as its source. 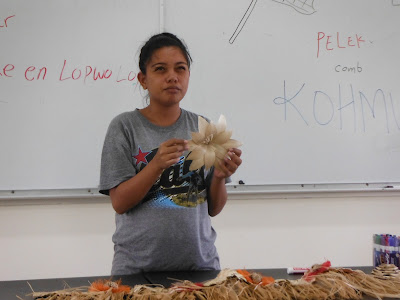 Sonja brought in various pieces from the Mwoakillese dancing costume, with the flower being one worn by the Mwoakillese women at the Women's Day dances, the belt being a men's belt. Again, the culture is something brought in and displayed, not functionally worn or regularly used. Special occasions such as cultural day dancing, are the only times these are seen. 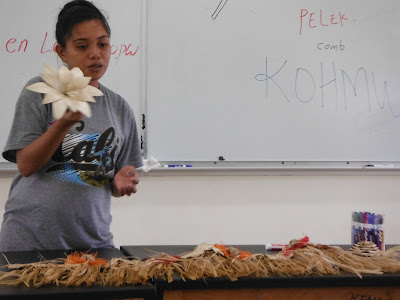 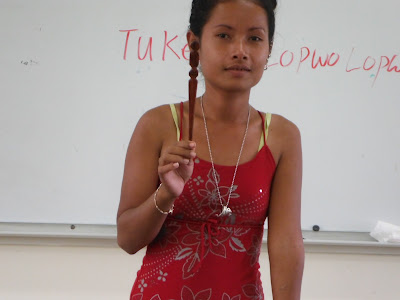 Cherlylinda Augustine presented the asi, a Japanese loan word for the wooden pin that can be used to secure hair. The asi has been almost completely supplanted by rubber bands, elastic hair bands, and plastic spring loaded hair clips.

The students did struggle to find things to bring in, some merely sketched the object on the board. Material culture is the one area where loss is the greatest.