April 01, 2016
Founding Day 2016 was held on the Palikir campus as had been done in 2014. Overall the day was a rollicking success. The morning games saw participation by faculty, staff, and students. 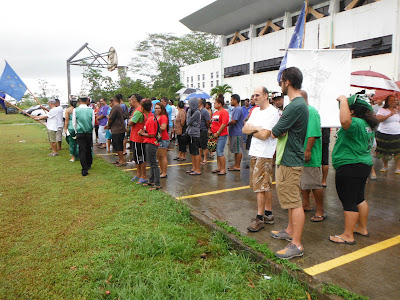 The teams formed up in the FSM-China Friendship Sports Center parking area. 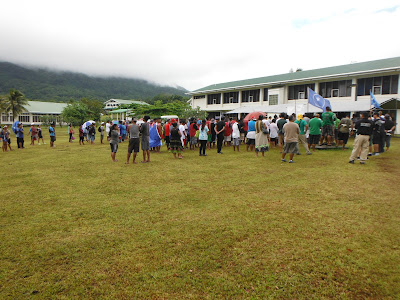 And marched into formations in front of the main tent. 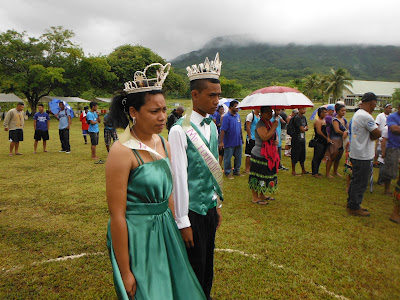 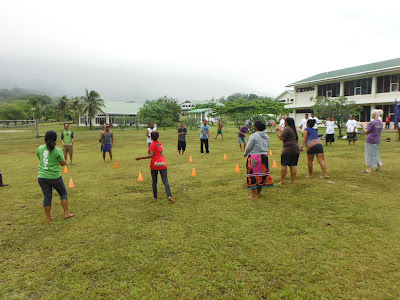 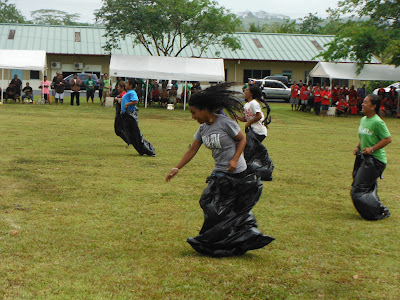 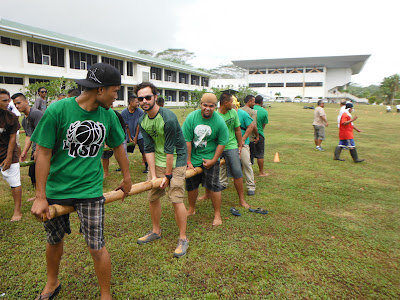 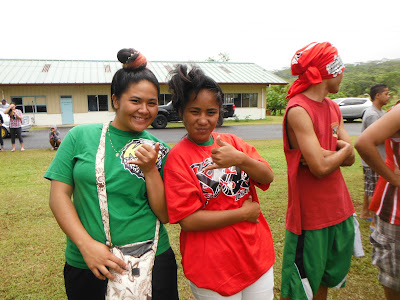 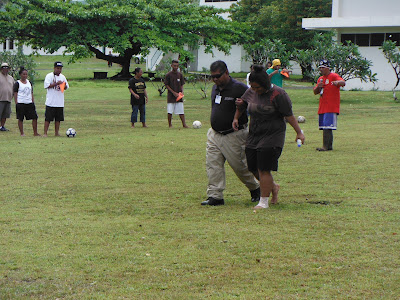 The three legged race was done coed, which led to large leg length mismatches. The result was an event fraught with ankle risk, claiming at least one victim. The event is risky, but even more so when attempted coed. Better to have team members working with matched leg lengths, and it might be an event to be considered for elimination from future founding days. 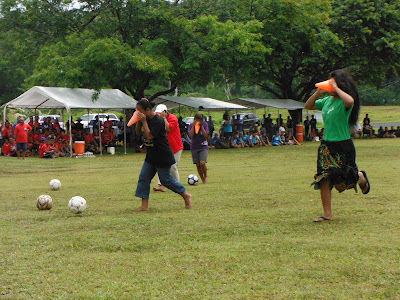 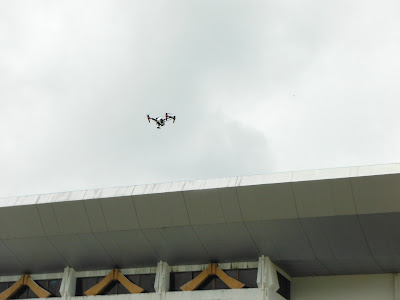 Drone aloft - a first for a Founding Day 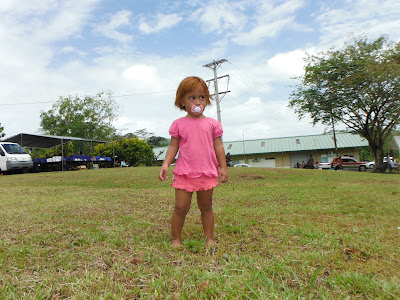 This woman is outstanding in her field! 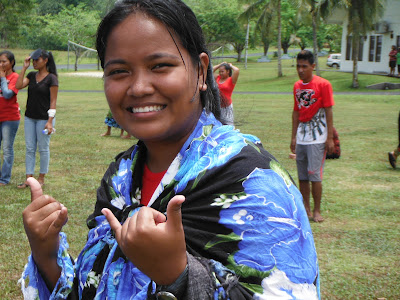 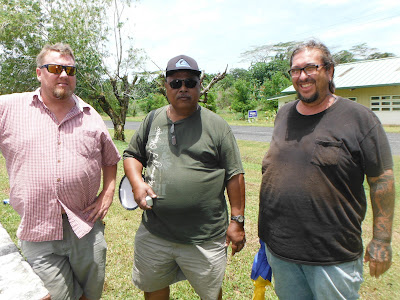 Some were just out, standing. 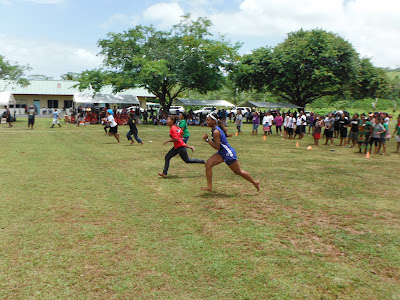 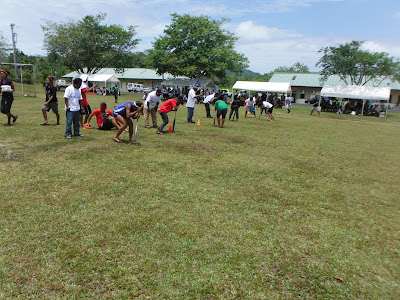 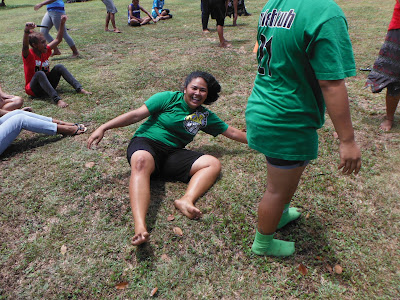 Come back and fall down 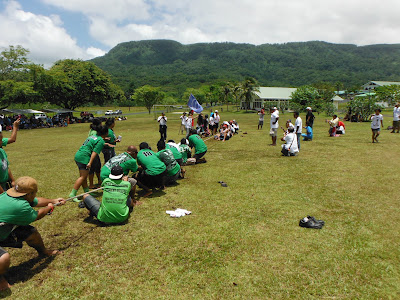 Tug of war. The uphill team prevailed all but one time. I hypothesized a traction difference. 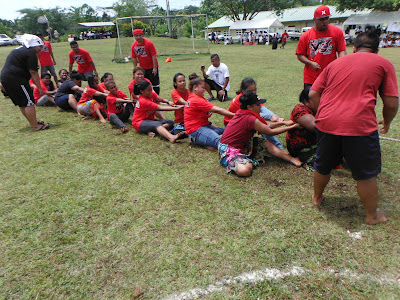 The day was, in my opinion, fun and successful. A family playing together for a day.
comfsm