March 12, 2016
Laboratory nine continued to use the direct measurement technique that has been so successful the past couple of terms. Once again rain was a factor. The speed of sound measurements coming out of this laboratory are within one percent of the published value. 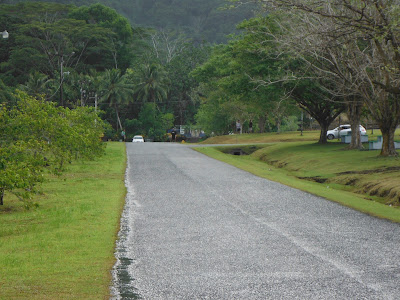 Sound is timed down the length of the college entrance road starting at 200 meters. The delay from seeing the wood clappers hit and the arrival of the clap is small at 200 meters, but the short delay helps get the timers used to reacting quickly. 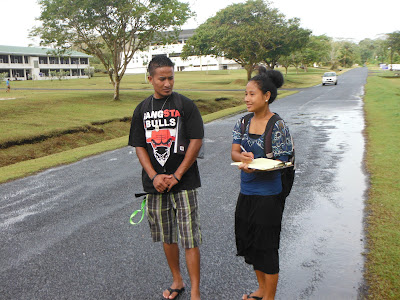 Gibson and Rebecca Martin, Rebecca took data in the 8:00 class.

The laboratory continues to use five timers and multiple readings at each distance. At the end of the class the median is used to deal with outliers. 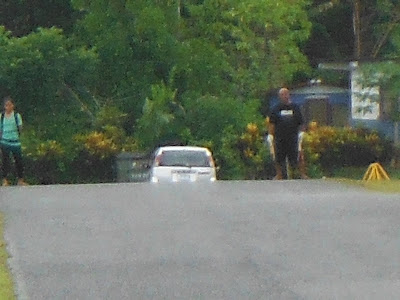 DeBrum Melander clapped in the morning. Note the gloves.

A couple of tweaks this term was the use of a printed spreadsheet with the equivalent in feet for 200, 250, 300, 350, 400, 450, 500, 550, and 600 meters. This eliminated working out conversions in the field. The surveyor's wheel was used to determine distance. Gloves were used by the clappers, and much appreciated by them. 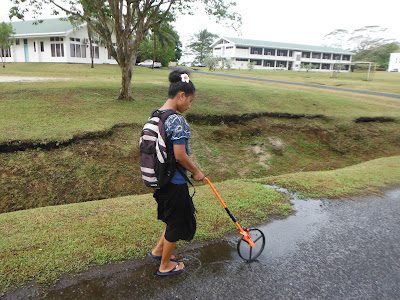 Rebecca with the surveyor's wheel

As is often the case, rain was a factor and in both classes I used a cell phone relay as a walkie talkie system. In the morning Jade was the contact with the clapper, in the afternoon Cynthia volunteered. This has proven invaluable. The clappers stood by the tree atop the rise, with shelter for them at the B building. The mobile group sheltered where they could. 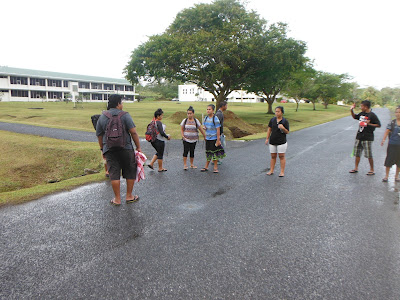 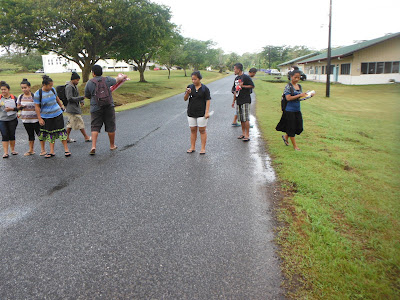 Lining up to take a time 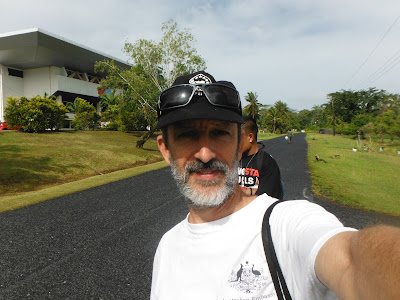 A couple of personal tweaks that really helped me were sunglasses and, even more so, a baseball cap. The glare from the morning sun, when the sun did break out, was intense. The cap cut the glare and made seeing the clapper easier. The other students asked why I didn't tell them to wear a hat today. 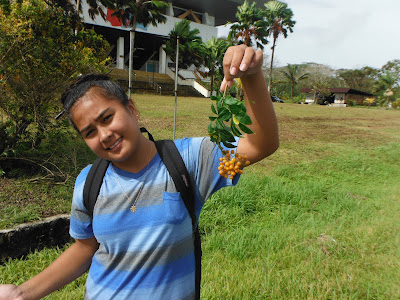 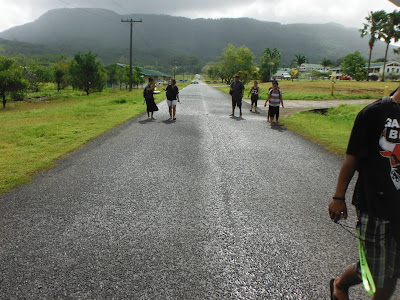 Glare on the pavement. The clapper is back at that distant rise. Appears impossible from the photo, but we could see the clapper. 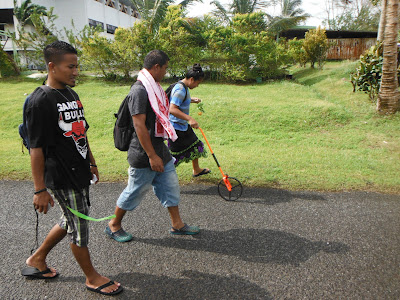 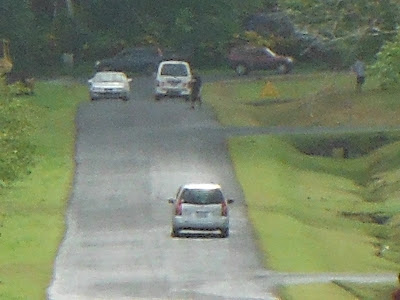 Telephoto shot of DeBrum, Jade off to the right 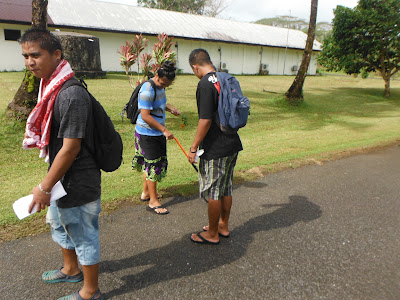 Kerley has the red flagging towel that is used to signal the clapper to clap. The towel is twirled to generate a clap. 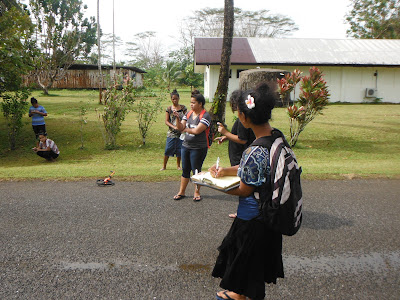 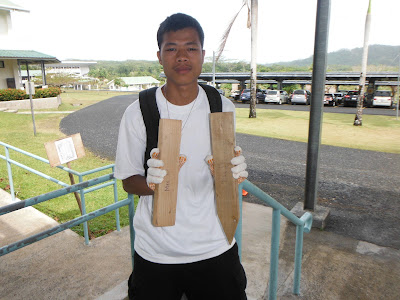 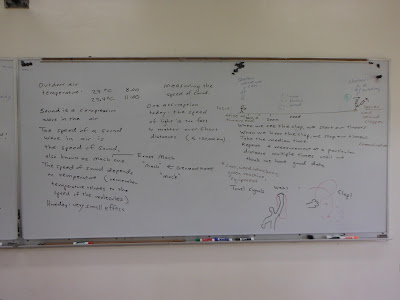 This was covered on the board prior to going outside 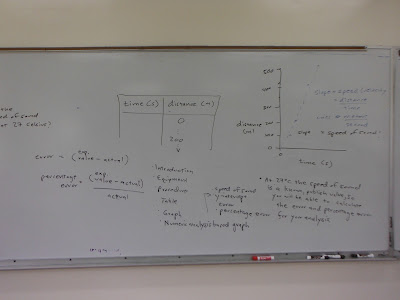 More notes on the structure of the lab 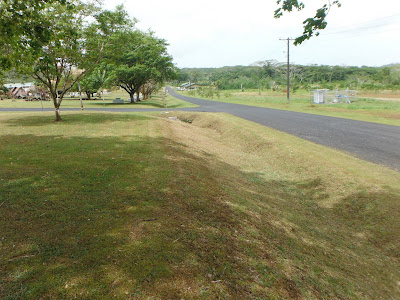 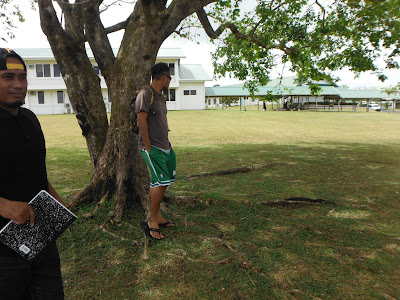 Ervin would tackle clapping, and forged on despite broken clappers 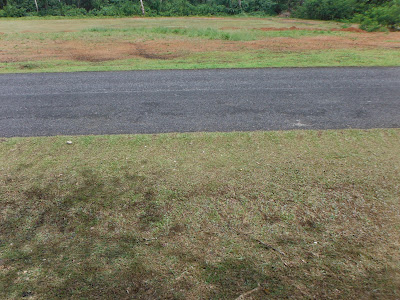 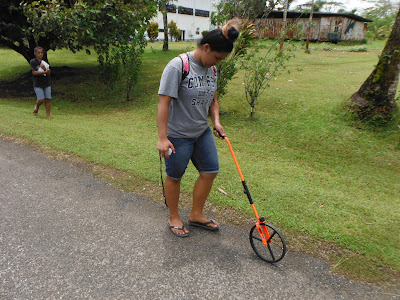 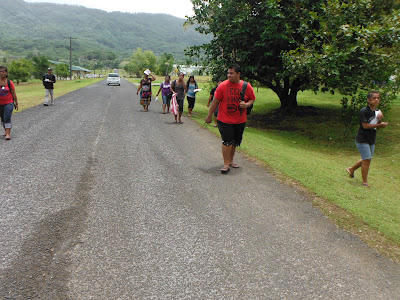 Out around 450 meters downrange, Zachary 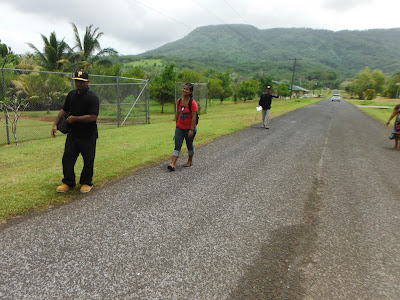 Pushing out to 500 meters 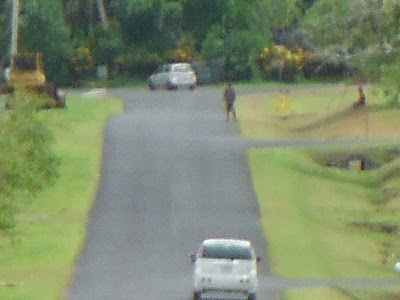 Telephoto view from 500 meters out, the class would also get data at 550 meters. Amazing. 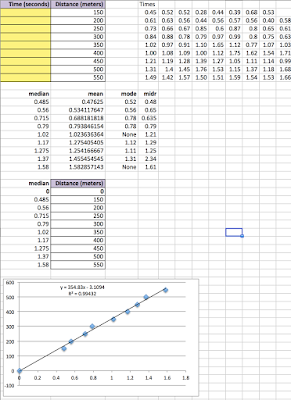 The data was actually also repurposed into a statistics assignment (what is the best measure of middle for highly variable data with outliers where the outliers are known to be errors?). The data continues out of image to the right. The slope for this mix of 8:00 and 11:00 data is 354 m/s. The temperature at 8:00 was 27 Celsius, while at 11:00 it was 29.4 Celsius. Humidity was not covered in the current course format, so humidity was not factored in (the humidity makes almost no difference). The speed difference is small, so the mixed data is not particularly problematic.

This lab is maturing nicely, with tweaks such as gloves that help.
physci