March 07, 2016
I again used a three poster pad sheet run to record the wave on, again using the sidewalk in front of the south faculty building. I did shift to using three stopwatches and had the students time the run. Two of three stopwatches obtained data, the third was in countdown mode. 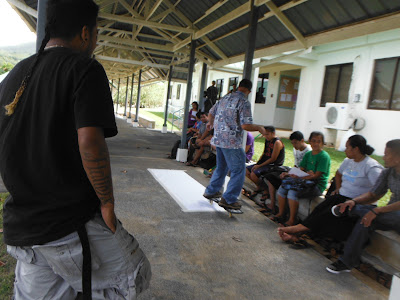 I made four marks at 25 cm from the south edge of the paper. I intended for these marks to try to keep me on a straight line. Despite these marks, the apparent centerline wobbled. That said, the marks were still helpful. 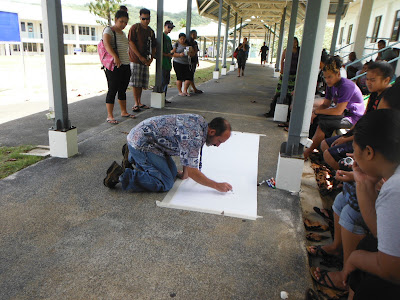 This demonstration was equipment heavy. The trade winds were strong today, and I had to use wide masking tape to hold the paper down. The three sheets were held together using Scotch tape, the edges with the wide masking tape. I also pre-swept the area with the broom. Other equipment included the aforementioned three stop watches, a calculator, and the new fiber glass tape rule. Things I forgot initially were scissors, my clipboard, a meter stick for the centerline marking, and markers. 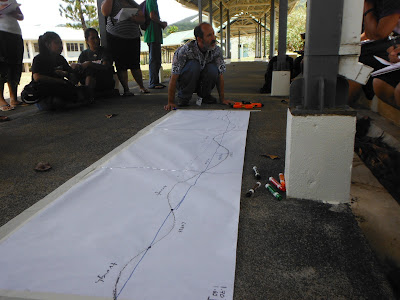 The wave was not unreasonably curved, but perhaps also not reasonably straight. The amplitude on the two waves differs markedly, evidence that I swizzle one foot more than the other. 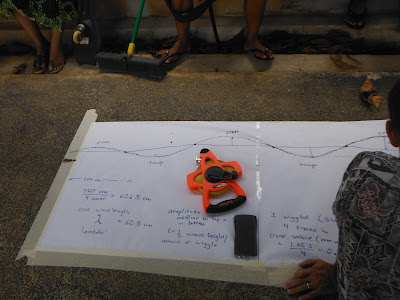 The sidewalk is suboptimal for student note taking purposes. The sidewalk, however, is a better forum for holding attention than the classroom. 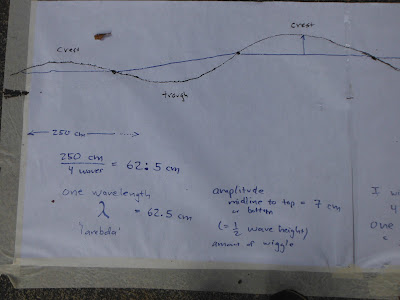 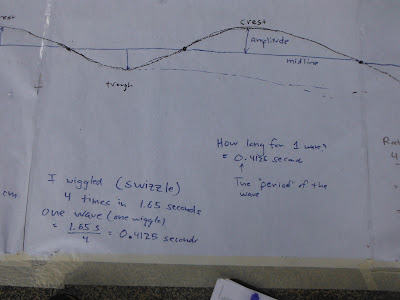 I swizzled ("wiggled") four times in 1.65 seconds. Each "wiggle" took 1.65 seconds ÷ 4 waves =  0.4125 seconds. The duration of time for one wave is called the "period." Physics uses a capital T for period. Unfortunately that gets confused with the T for temperature in a course like physical science. I sometimes use a variation on a Greek "tau" 𝜏 for period to reduce some of the confusion. 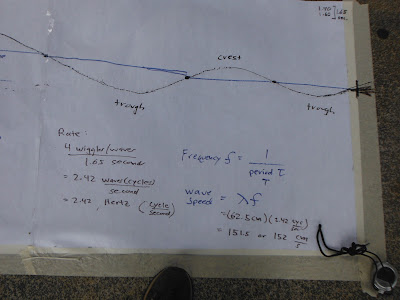 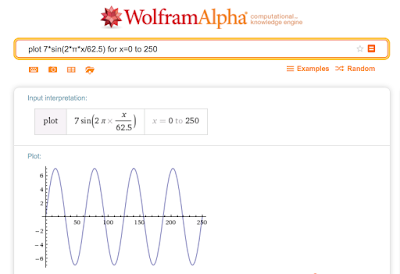 The wave form as rendered by WolframAlpha.
physci