March 14, 2016
The backside of El Niño has brought strong gusty winds across Pohnpei. With the wind both a headwind and crosswind, coming in from the east-northest, the aircraft severely underperformed the expected population mean. In both classes the pre-class point estimate for the population mean of 581 cm was not within the 95% confidence interval. As a statistics class experiment, the results are more "useful" if the population mean is captured by the sample, but the reality is that the population mean is based on more typical becalmed weather. 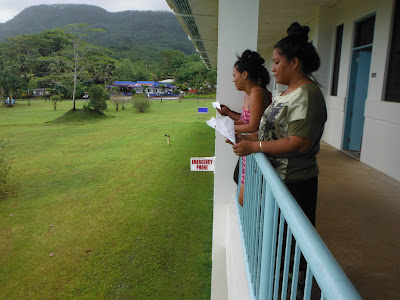 As I have done in the past, the planes were thrown from the balcony. 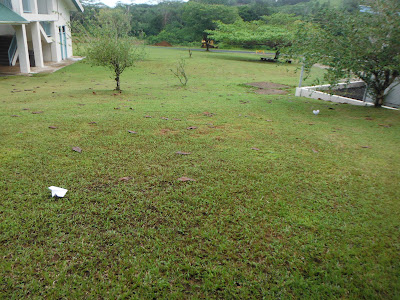 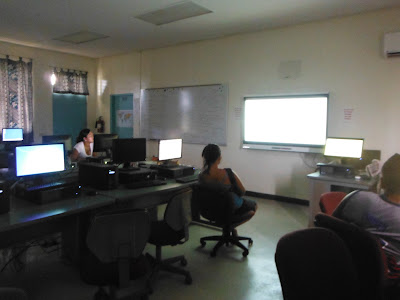 Upstairs with the SMART board running 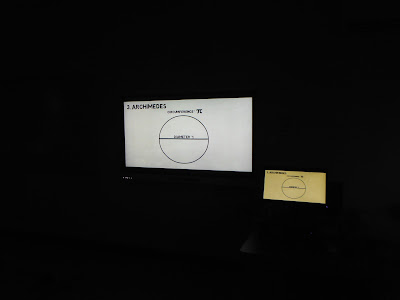 Being Pi Day, the class started with a Pi Day video 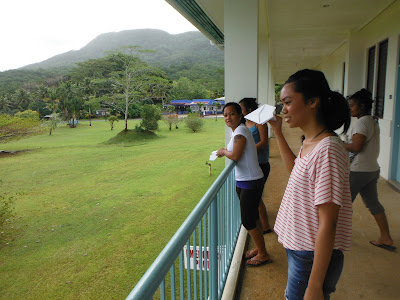 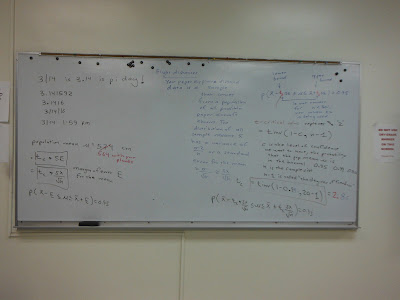 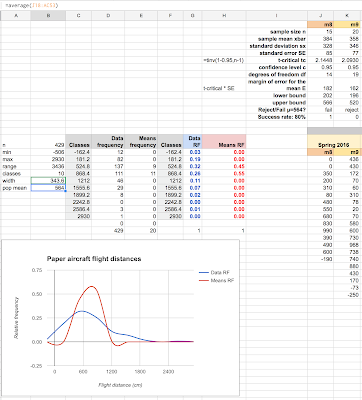