Local traditional island foods are a core part of the cultures and customs of Micronesian. A party in Kosrae would not be complete with the soft taro dish fahfah. In Chuuk pounded breadfood, kón, is used in determining whether an apology is accepted between families. Consumption of local foods also promotes local farming and local farming practices - cultural practices and knowledge. 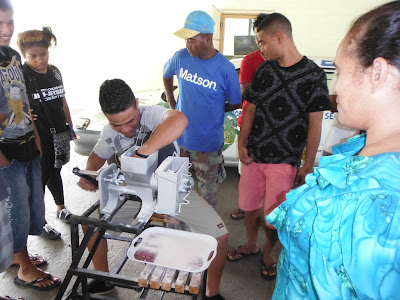 Chance demonstrates use of a hand mill to produce taro flour

Health is a second benefit of local foods. Many of the local starches have a high fiber content, which slows down the rate of conversion from starch to glucose. This allows the body to produce lower levels of insulin than would be necessary for a starch such as rice. Rice converts very quickly to glucose and the demand on insulin spikes as a result. Foods that cause rapid rises in blood sugar are correlated with the development of diabetes.

Local foods are also generally grown without chemical fertilizers and pesticides. On island, local foods are the original organic foods.

Some of our local bananas, breadfruit, and taro, have been shown to contain beta-carotenes, the precursor to vitamin A. Local food also contains minerals and trace elements that are important to overall health. 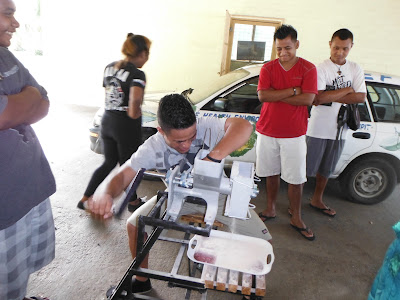 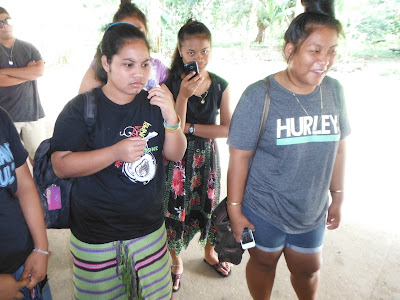 Local foods benefit the economy. Local traditional foods are grown by on-island farmers. When one buys local foods, the money goes to a local farmer. The farmer, in turn, then spends that same money here on island. The result is that both the farmer and those from whom the farmer buys are gaining income. More than one family is benefitting from a single purchase. This is termed a multiplier effect. When one buys imported food, the money is sent off-island and no one else on island benefits from that money. There is no multiplier effect for imported foods, at least not in terms of benefit to the island.

In addition, when one eats local food instead of imported food, that represents an import substitution, and reduces imports. 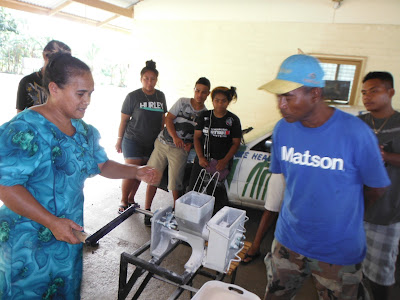 Last summer the island of Pohnpei ran out of rice. All rice is imported. Shipments did not come in a timely fashion and the rice ran out. When a small supply of rice appeared, people queued for rice. In a couple instances fights broke out in rice queues. This is food insecurity - depending on off-island sources for sustenance. Local food is food security. While Pohnpei is not likely to ever be food self-sufficient, local food can provide partial self-sufficiency and a measure of food security in an uncertain world. 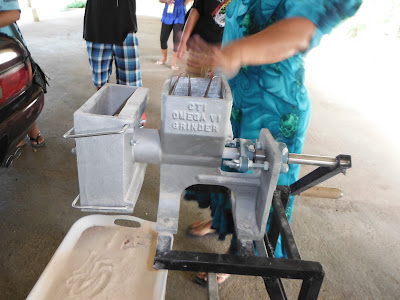 The class wrapped up with a demonstration of a taro flour mill. Taro flour is gluten free and filled with the minerals and trace elements found in hard taro. Anyone with taro or breadfruit can use the mill at the IFCP center. The taro of breadfruit has to be preground using either local grinding wheel or grinder and then sun dried. The flour mill then grinds the small chunks into flour. The class thanks the Island Food Community of Pohnpei and Emihner Johnson for once again sharing the benefits of local food.
ethnobotany