March 07, 2016
As always my blog is primarily notes to myself on what I did, what seemed to work, and what did not seem to work. This blog is a way of making notes to my future self and a way by which I close the assessment loop in my courses. A term from now I will refer to this to see what I felt should be changed.

Again this term I had students give presentations on El Niño. This term I used Wednesday to set this up, attempting to get students into linguistically relevant groups so they could present in their local language. The goal here was translating scientific information into a local language for a local populace. The "we don't have a word for that" issue rises automatically. 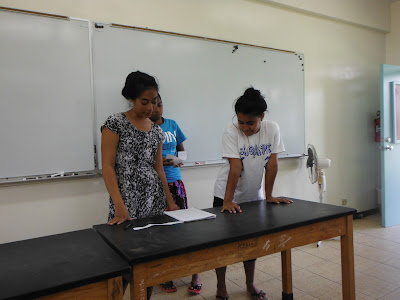 The presentations went well, but finished on time only due to multiple forfeits and absences. The number of groups might have to be trimmed. Toss out Hawaii, their information is no longer in the ENSO report anyway. Guam, Palau, and Samoa might be dropped as well.The "backgrounder" groups might expanded. 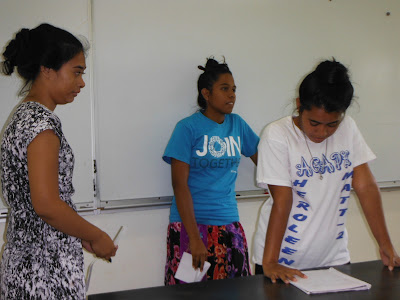 Drop non-FSM islands for which there is no speaker, split Yap into proper and outer when applicable, Kapinga is a separate group when present in the class. Use the freed up time slots to add to the backgrounders. 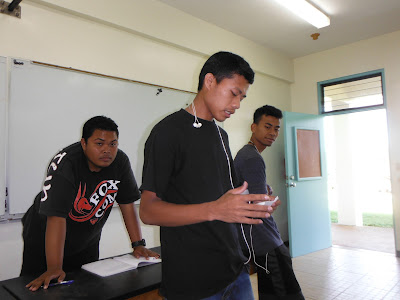 The one group that might be added would be a "sea level" effects presentation, perhaps a "storm genesis location patterns" group. 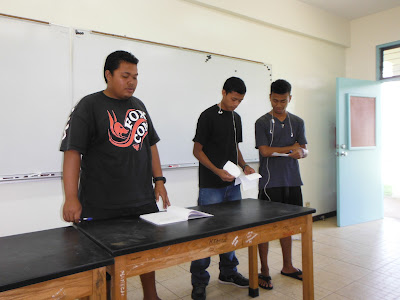 Pohnpei forfeited when the designated speaker was absent due to illness. The other two students were not prepared to go and had not yet encountered the phrase, "Eddie would go." All three in the Kosraean group were absent, two in the American Samoa group were absent. The last group consisted of two students who are so frequently late or absent that putting them into another group would have been a disservice to that other group. 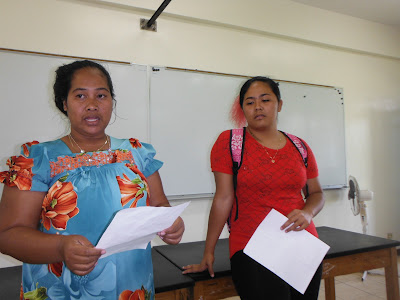 There is no "make up" presentations. Just as in business, sometimes you only get one shot, and one shot has to be enough. 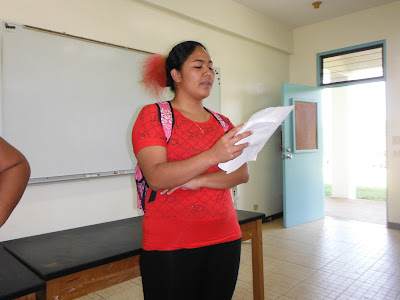 Although Bee Heartly Siba is nervous in front of a group, one would never know it from her presentation capabilities. Both she and Kamerihna gave strong presentations. 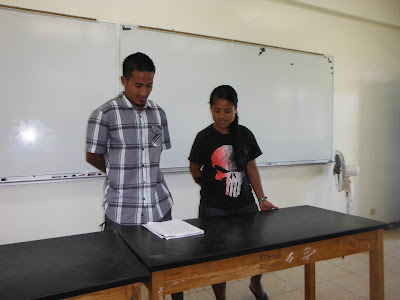 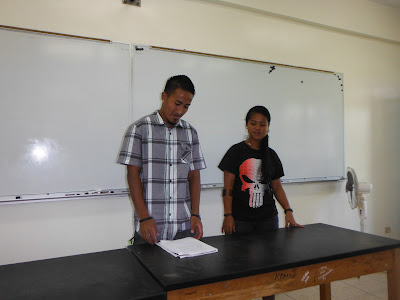 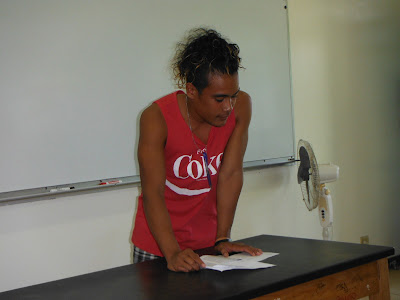 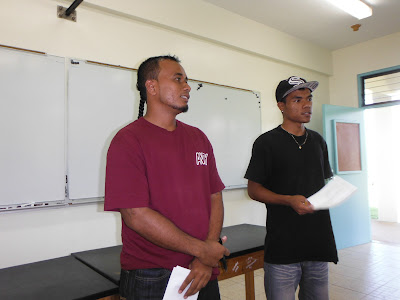 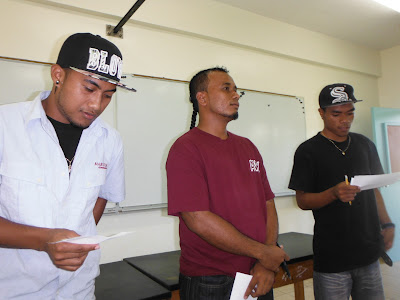 Andy Oranto, arguably the lead force on the team 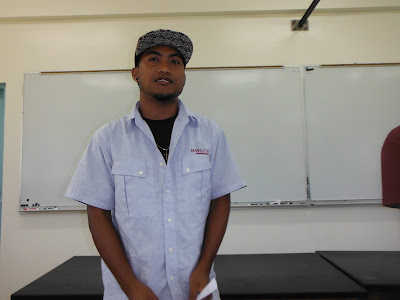 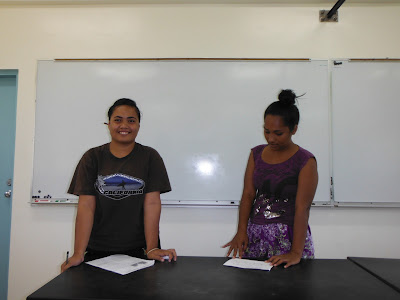 Jersey Joseph and Hellen Abraham. Jersey had the lead on writing up the presentation, and Hellen, raised on the island of her father, spoke her maternal language. Although less familiar to her, she did an admirable presentation. 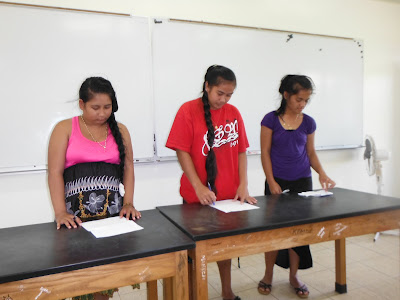 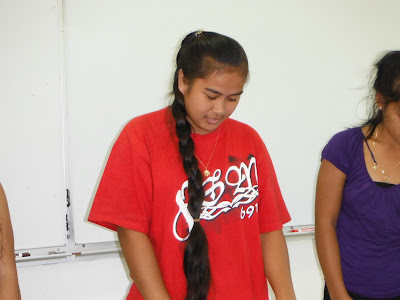 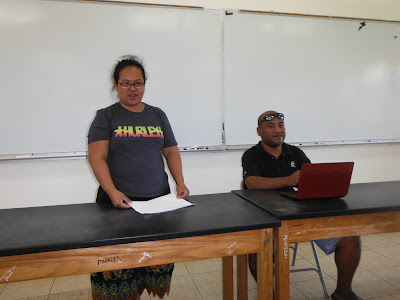 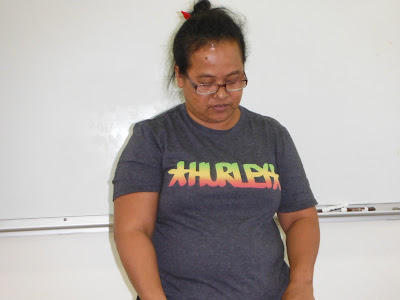 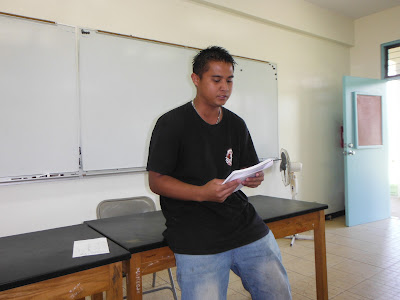