September 19, 2015
This fall marked the first year that the class did not visit the former traditional plants of Pohnpei garden at the Pohnpei campus. The garden has been all but lost in a transition to support for the agriculture and food technology program at Pohnpei campus. What little remains is no longer worth the trip to visit. 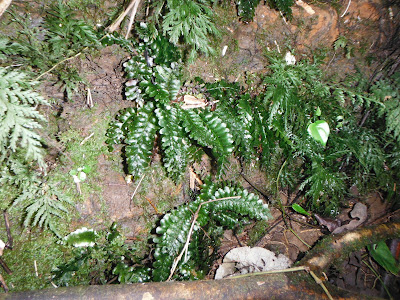 My original thought had been to use the plants of the Palikir campus in lieu of the previous field trip, but as I fell asleep the night before the idea of walking up into Paies seized my imagination. I did not know what I might or might not find, which made the gambit all the more interesting. 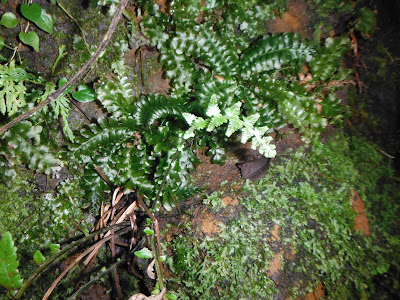 The walk, being new, had me occupied with locating and identifying local medicinal plants, I took few pictures.  A side track west up the border river between Sokehs and Kitti caused me to stumble upon a Cephalomanes fern, possibly Cephalomanes atrovirens. I was excited because the Cephalomanes specimen on the valley walk was gone. I also found Antrophyum reticulatum (G. Forst) (indigenous) (Syn callifolium Blume, Antrophyum ponapense) growing on a nearby tree. 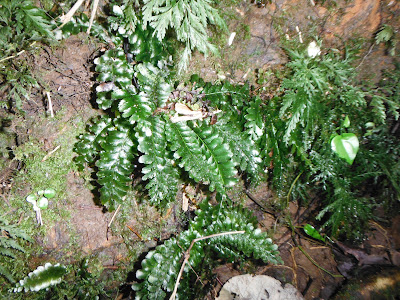 I did not take the time to locate fertile fronds, maybe a future trip. 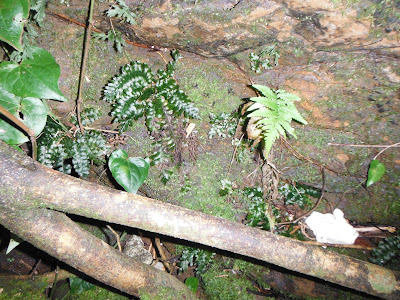 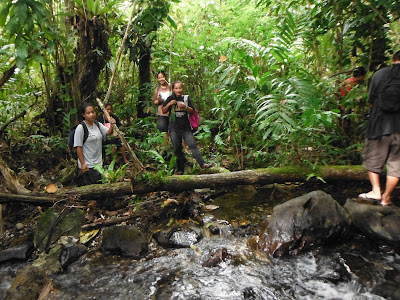 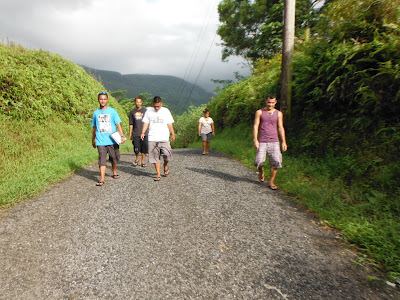 The walk began with koaramahd  (Coleus scutellarioides) and the treatment of mpwos (boil, swelling, infection). On the road above was both Clidemia hirta and Melastoma malabathricum var. marianum (Naudin) Fosberg & Sachet. Dissotis rotundifolia was also abundant, rounding out the Melastome triplets. Topwuk, oahr, remek (Scaevola taccada), and other common medicinals were along the route. A better knowledge of that local terrain might have helped, but the route is useful for illustrating the pharmacy found just outside a local home.
ethnobotany