Density of soap and speed of a ball

August 28, 2015
The fall term began with a laboratory that introduces measurement through the measurement of the density of soap. 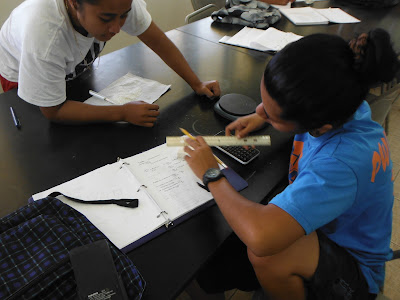 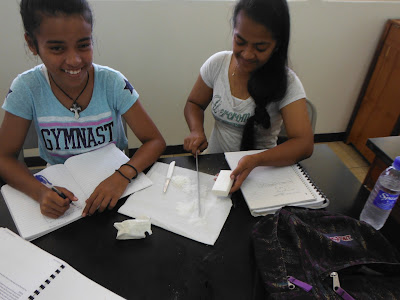 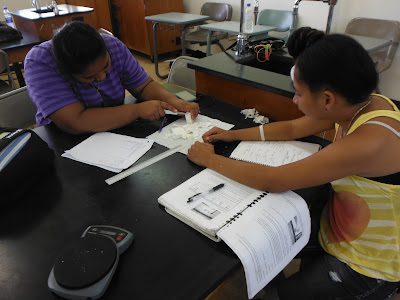 Thus the laboratory echoes the quote. The students obtain the slope of the volume versus mass relationship, which is the density, to predict whether the soap will float or sink. The soap then knows what to do - if the students have measured carefully as admonished to do so by William Gilbert. Gilbert spoke on the need to perform experiments and when experimenting to "handle the bodies carefully, skilfully, and deftly, not heedlessly and bunglingly." 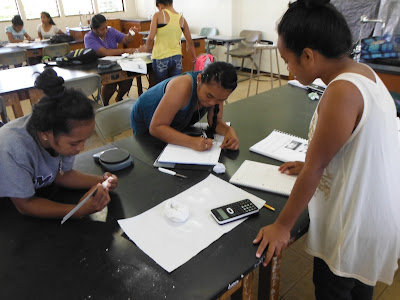 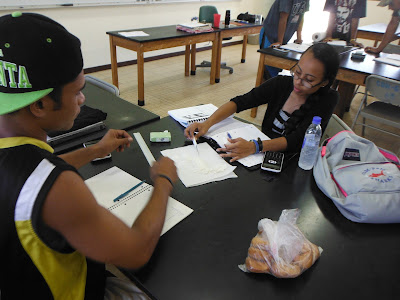 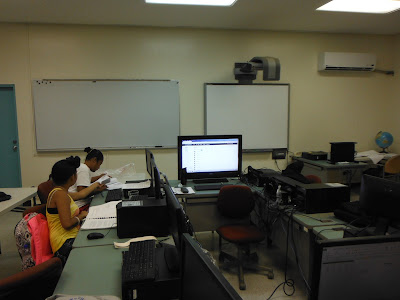 The laboratory always includes Ivory soap in the mix, which floats in water. This surprises some students who have never used Ivory soap. This allows me to repeat after Dyson, "You predicted the soap would float and the soap knew what to do." I also include sinking soaps. One complication this term: in the 8:00 class every group with Ivory had a slope greater than one. Measurement errors.

Laboratory two used a modification I first used this past summer. In the past the goal of ensuring that time was truly the independent variable and the distance was the dependent variable, the ball was rolled and the distance to the one, two, three, four, five, and six second mark was noted. This ensured the time was independent and made easier putting all of the data into a single graph. The common x-axis values meant all of distance values were in the same rows. At one time a ramp was used to try to replicate the ball speed. 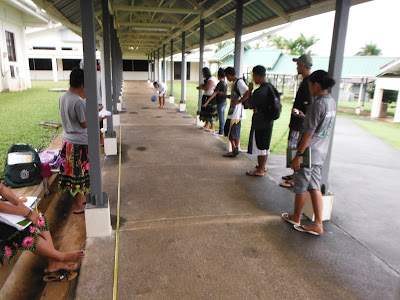 When the covered walkways went up, I moved the class from the gym parking lot to the covered walkway. This made the lab more functional on rainy days. I dispensed with the ramp as I found that pitchers could repitch the ball at a fairly constant rate. The use of a pitcher and preset times meant the laboratory only needed a single time who called out the seconds. Six students then jumped to the location of the ball at the nth second. 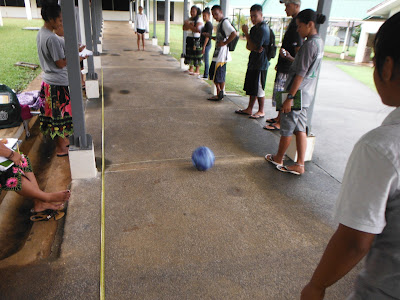 Ball on the roll, tape measure to the right

The complication was that the distance for the first second was always too big, yielding a large drop in speed from the first to the second second. Attempts to find ways to eliminate reaction time and reduce this error were futile, and the error was particularly problematic at high speeds. 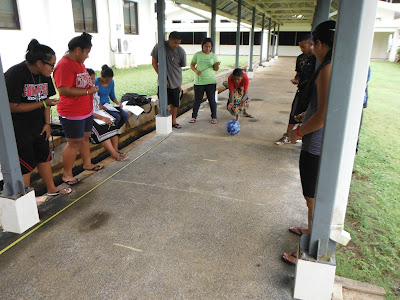 Last summer I rode a RipStik across preset distances and used the times to generate the data. Given that the class has multiple lap timing chronographs, this term I gave teams of two a chronograph and had them time the ball at each chalk mark crossing. The use of different distances accomodated a wider range of ball speeds, and the "first second" error all but disappeared. 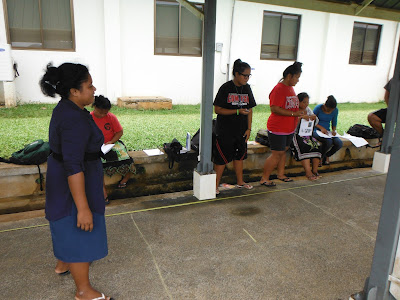 Meigan as catcher on the 400 cm stretch 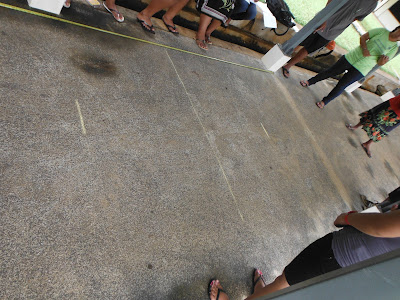 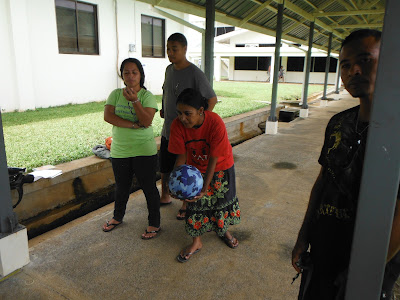 Everashia proved to be a superb bowler 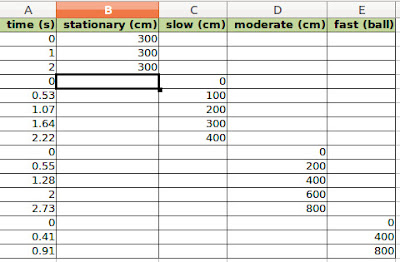 To accommodate lack of a common set of x-axis values, the table used a diagonal layout. This is more complex than the original table layout which had only seven rows (zero to six seconds). 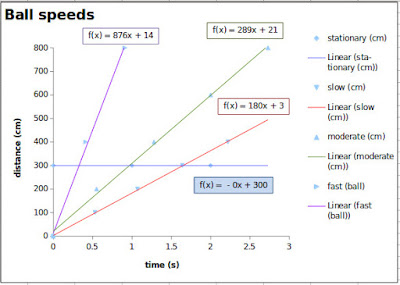 The data was far more linear than any observed in the past. Note the addition of a stationary ball at 300 cm. The slowing of the ball seen over a six second span is not seen in these runs of under three seconds.

This format for the laboratory is not yet in the text book.
physci