June 24, 2015
On Tuesday the physical science class visited the National Weather Service, Pohnpei Weather Service Office as a part of a unit on weather. 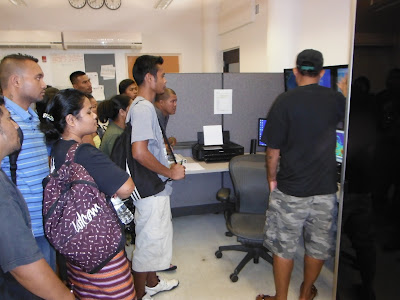 Edward, Cherish, and Rofino observe as Wallace explains some of the data displays 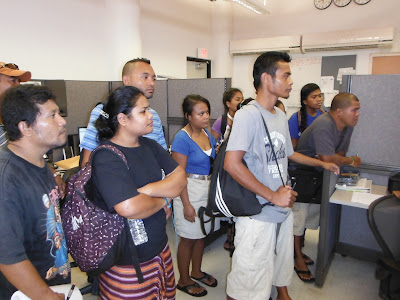 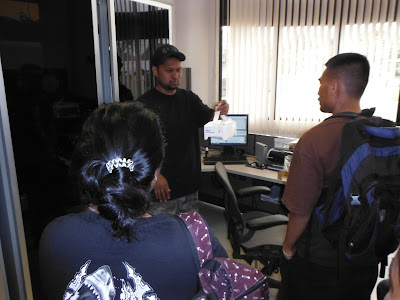 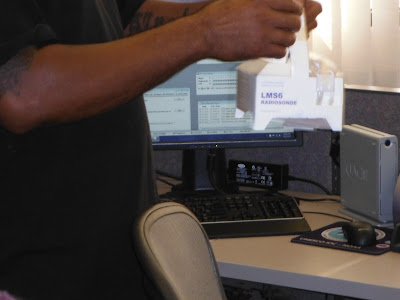 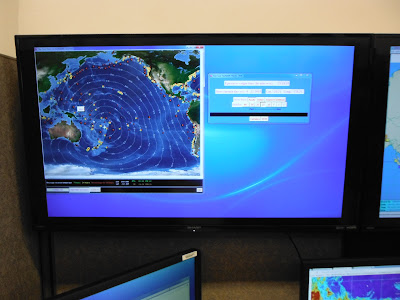 Theoretic tsunami arrival times from an earthquake in the south Pacific 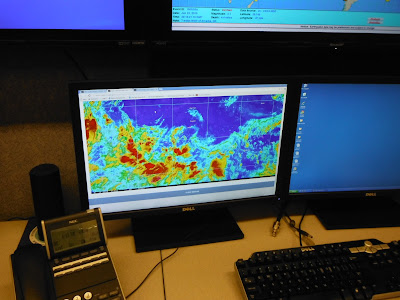 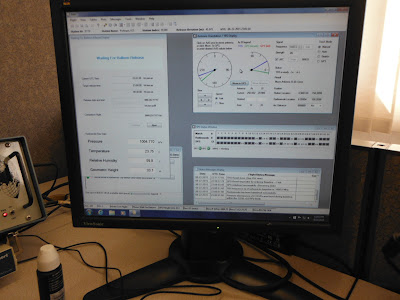 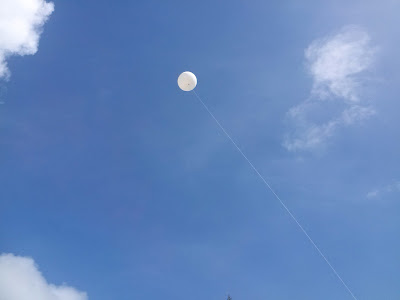 Balloon away, released by Eiko 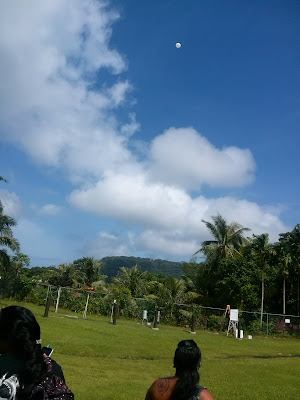 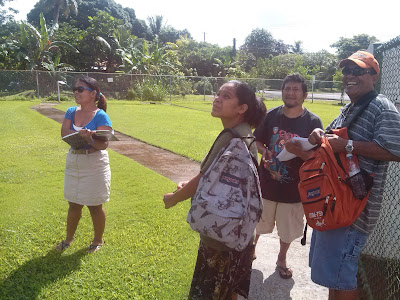 Eiko Ioanis, on the left, was allowed to release the balloon. Perdania Barry, and Alwin look on 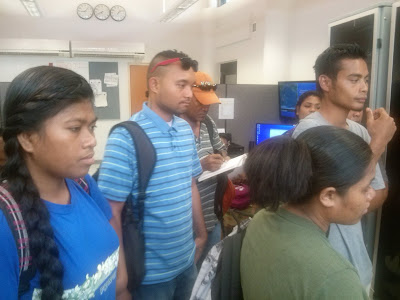 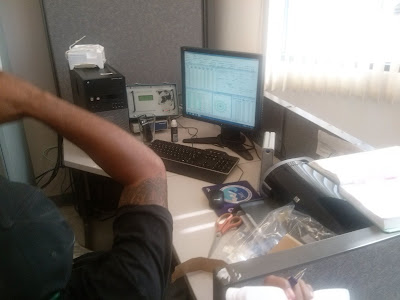 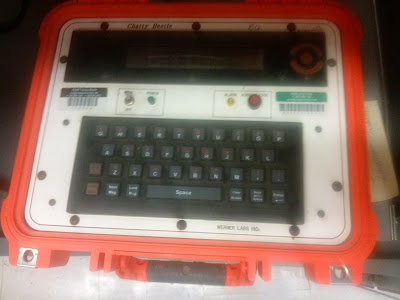 Chatty Beetle for communicating data as text messages among the outer islands. Satellite based, the messages are received across the Pacific. 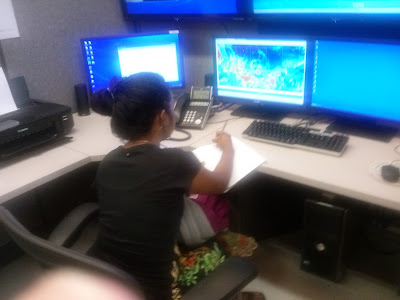 A future meteorologist, perhaps, at her workstation.
physci