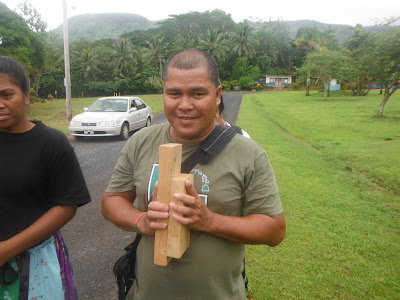 Michael Yarofaitoar on the clapping blocks

Measuring the speed of sound deployed the approach taken last spring. The weather cooperated, clouds kept the sun from being too hot, yet rain did not fall. A couple future notes. The key to seeing the clap is start with arms at ninety degrees, boards angled to catch the light from the sky, flat face forward towards timers. The middle of the road is best, less visual background clutter. The clapper should be informed that cars behind them are a "no go" condition as the timers cannot always see the boards against the backdrop of cars. The timers need the pavement and fall hill as a backdrop. The clapper can and should get out of the road when traffic is present. The timers will understand what is happening. The clapper was up near the cement box for the power line to the well, slightly east of the crest used in prior terms. This worked better than I had hoped. I suspect the clapper could be even farther east, but intersection traffic would be a problem. 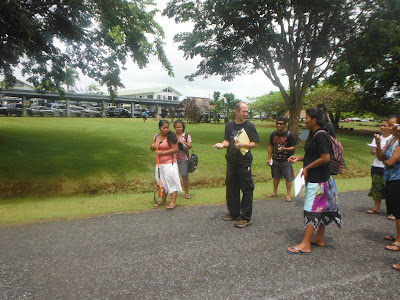 This term I decided to use the surveyor's wheel in lieu of a GPS and this was a good choice. The wheel is more accurate. I did have to run conversions on the fly. 500 feet was too fast, too close. The first time was at 750 feet. After that we moved out 250 feet at a time. Julie-Ann rolled the wheel, others timed or recorded data. 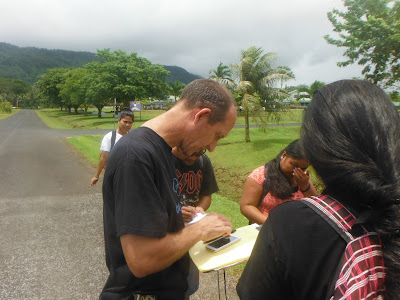 My calculator is on walk-about, so I used my cell phone to convert feet to meters using ×  12 × 2.54 ÷ 100.  The clapper is quite visible to the naked eye despite the distance. 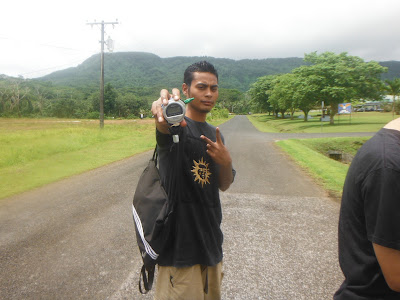 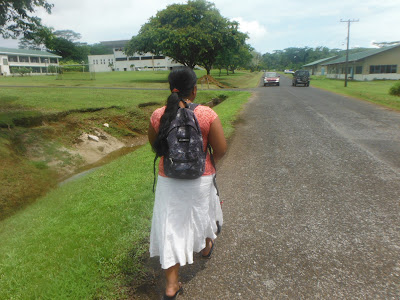 Julie-Ann Ardos on teh wheel 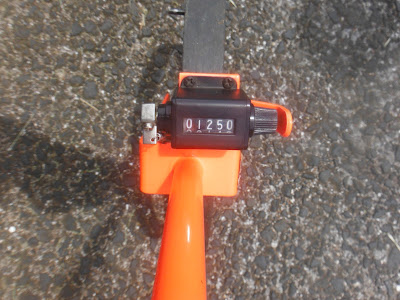 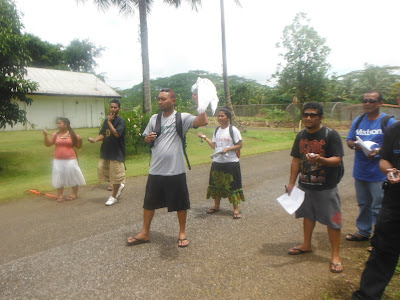 Edward used the towel to flag the clapper. A larger, brighter towel might be better. Julie-Ann on the left, Rofino, Edward, Jayann, Barry, Alwin. 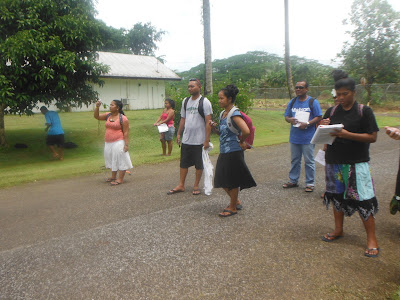 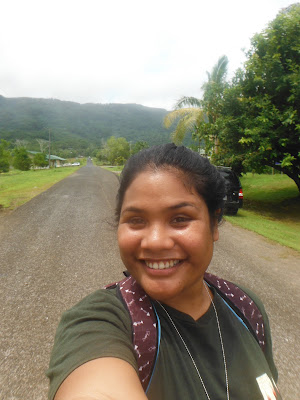 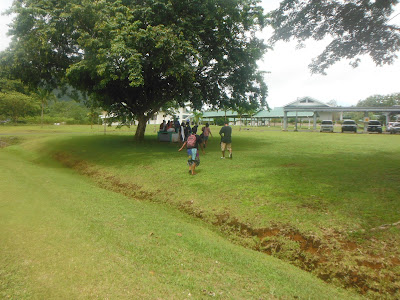 Wrap up was at a picnic table. 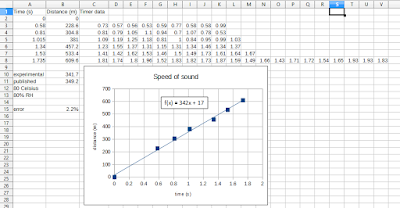 The results were better than any echo synchronization version of this laboratory. Note that the median was used for the times gathered to eliminate the effect of outliers. In the field obviously wrong times (3.32 seconds or 0.52 at 533.4 meters) were not recorded. Even with obvious outliers discarded as timing errors, there will still be "reasonable" outliers that the median is insensitive to.

I remain surprised that one can see the clapper at 600 meters and that one can hear the clap at those distances. The taking of extra data at 533.4 and 609.6 is particularly useful as the linear regression is more "sensitive" to end values. Getting the 609.6 data point correct is critical to reducing error.

The approach of starting short and going long is also exactly right: the timers improve with practice and are most on top of their game when they reach at 600 meter distance. This also gives the group some short range practice where seeing and hearing are fairly easy.