June 24, 2015
I introduced chapter six, section four of the Larson Alg & Trig text with twin RipStik runs at two different frequencies. Neither run was timed, I opted to focus on wavelength rather than period and frequency to introduce wave concepts. 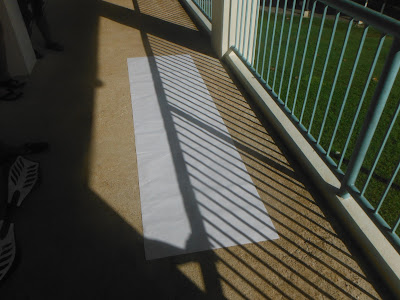 I opted to use three sheets of paper end-to-end. 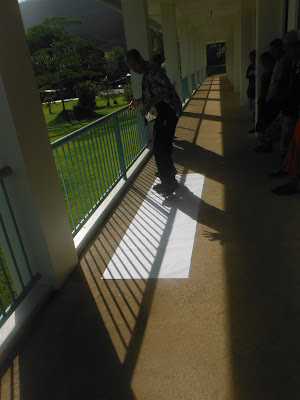 I then made a low speed pass north side pass, unstable but with the hope for a higher frequency. 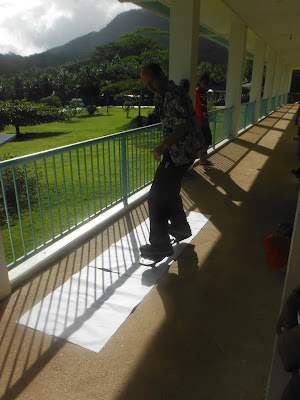 My second pass was on the south side at speed but I did not well hold my line of travel. I have learned in the past that moving the paper east helps, but a class was in session in A203, so I did not want to risk disturbing that class. 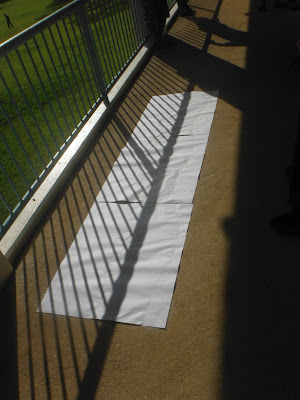 Hard to see, but the north pass was amplitude 3.5 cm with a wavelength around 42 cm, highly variable however. The south pass came in at about an 80 cm wavelength, also 3.5 cm amplitude.
mathematics