June 21, 2015
During the summer term I introduce latitude and longitude through a discovery learning exercise. I give the students a set of coordinates and a GPS. Other than turning on the GPS and paging to where the latitude and longitude is displayed, I give them no other directions other than "Find Binky!" I do let themknow that when the numbers on the GPS match the Binky numbers, then they should be where Binky is. 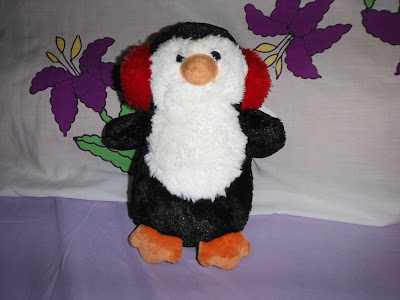 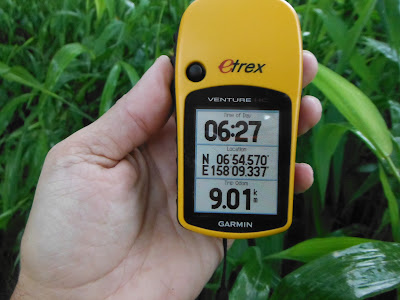 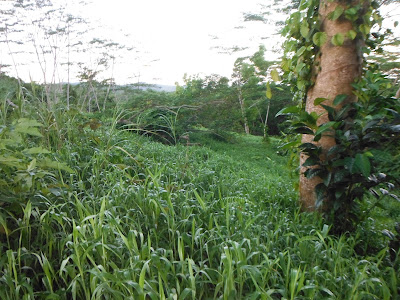 Binky's tree on the right down a slope of Ischaemum polystachyum (paddle grass, reh padil) 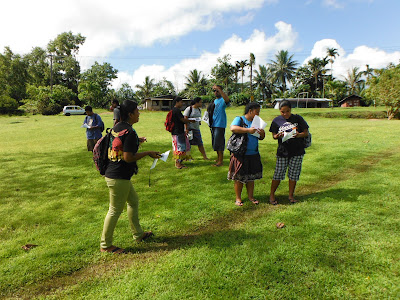 Initially there is only confusion, pairs with GPS units walking in random directions trying to see what happens to the numbers on the GPS. 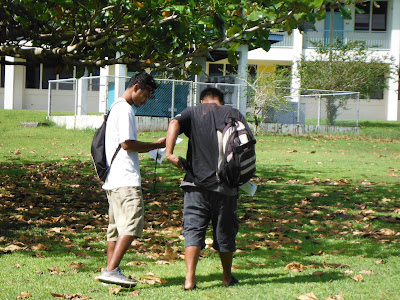 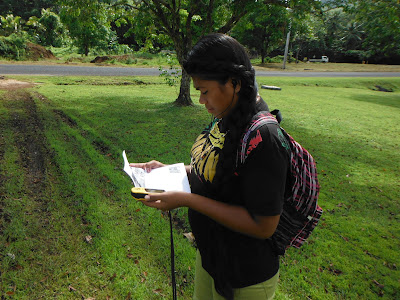 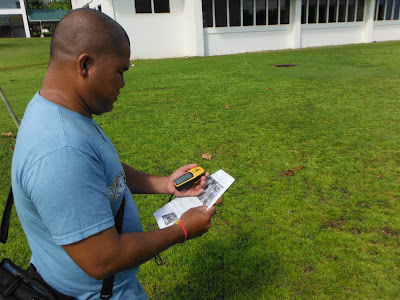 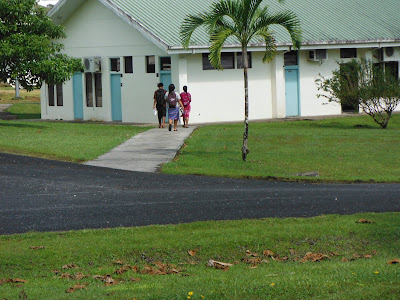 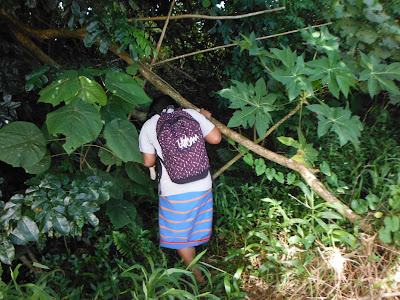 Joemar opted to hold the latitude line, which plunged the group directly into a thicket of Hibiscus tiliaceus. Pelma and Cherish sought a way around the thicket, to no avail. In the image on the left is a branch of Pterocarpus indicus and Macaranga carolinensis. On the right Carica papaya. 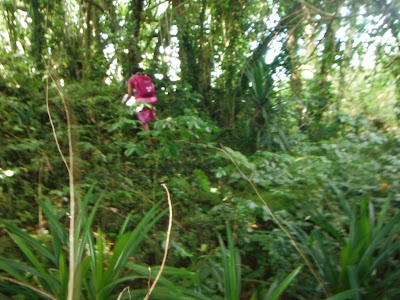 Pelma Dilipy heads up a slope from a hidden valley. 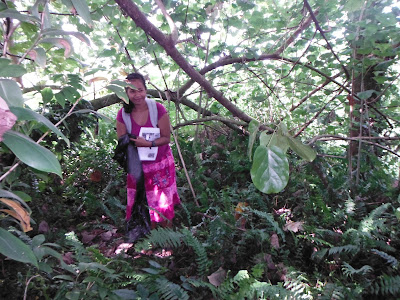 Joemar would be first to Binky, which he gave to Pelma. 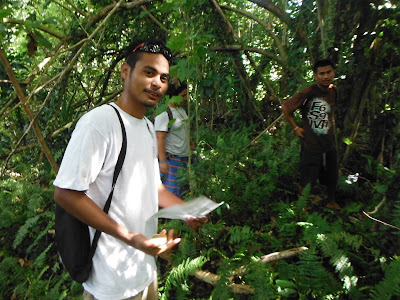 Rofino was neck-and-neck with Joemar, but at the edge of the paddle grass Rofino swung right looking for another way around the thicket. Joemar simply kept the latitude constant, no matter the terrain or obstacles.. 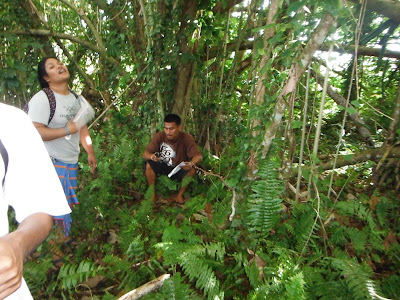 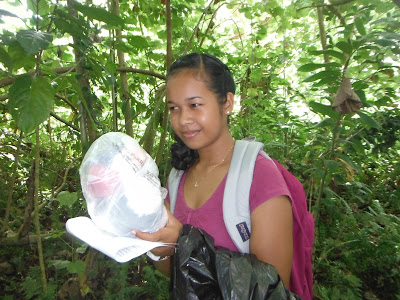