April 22, 2015
On the 21st of April the ethnobotany class worked on cleaning up the banana patch once again. Clidemia hirta is completely out of control in the banana patch. The whole place may have to be hand pulled, sans knives, to try to get the C. hirta back under control.

A mapping exercise was also engaged in, but the GPS units were simply not accurate enough to correctly map the locations of the bananas. 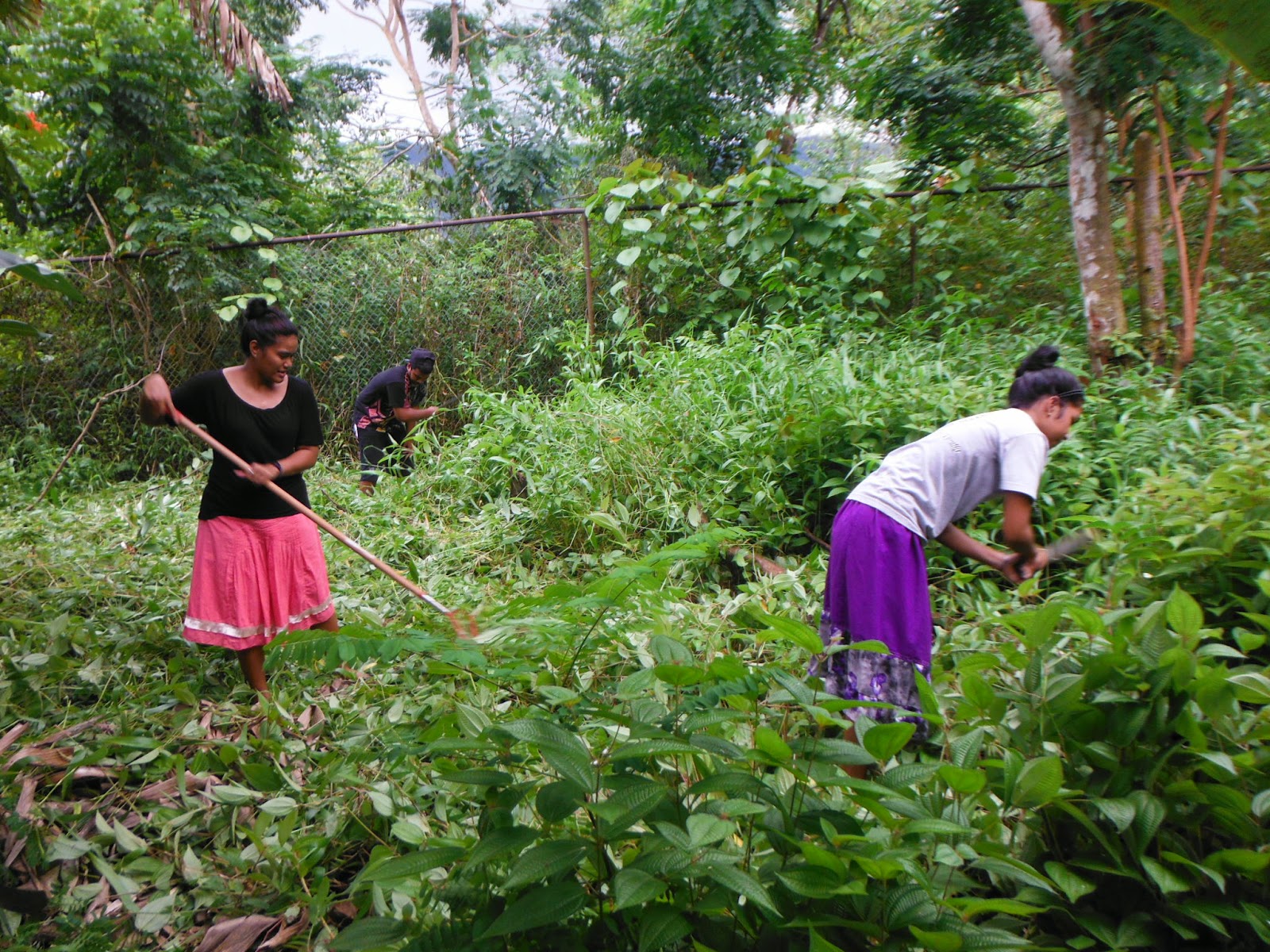 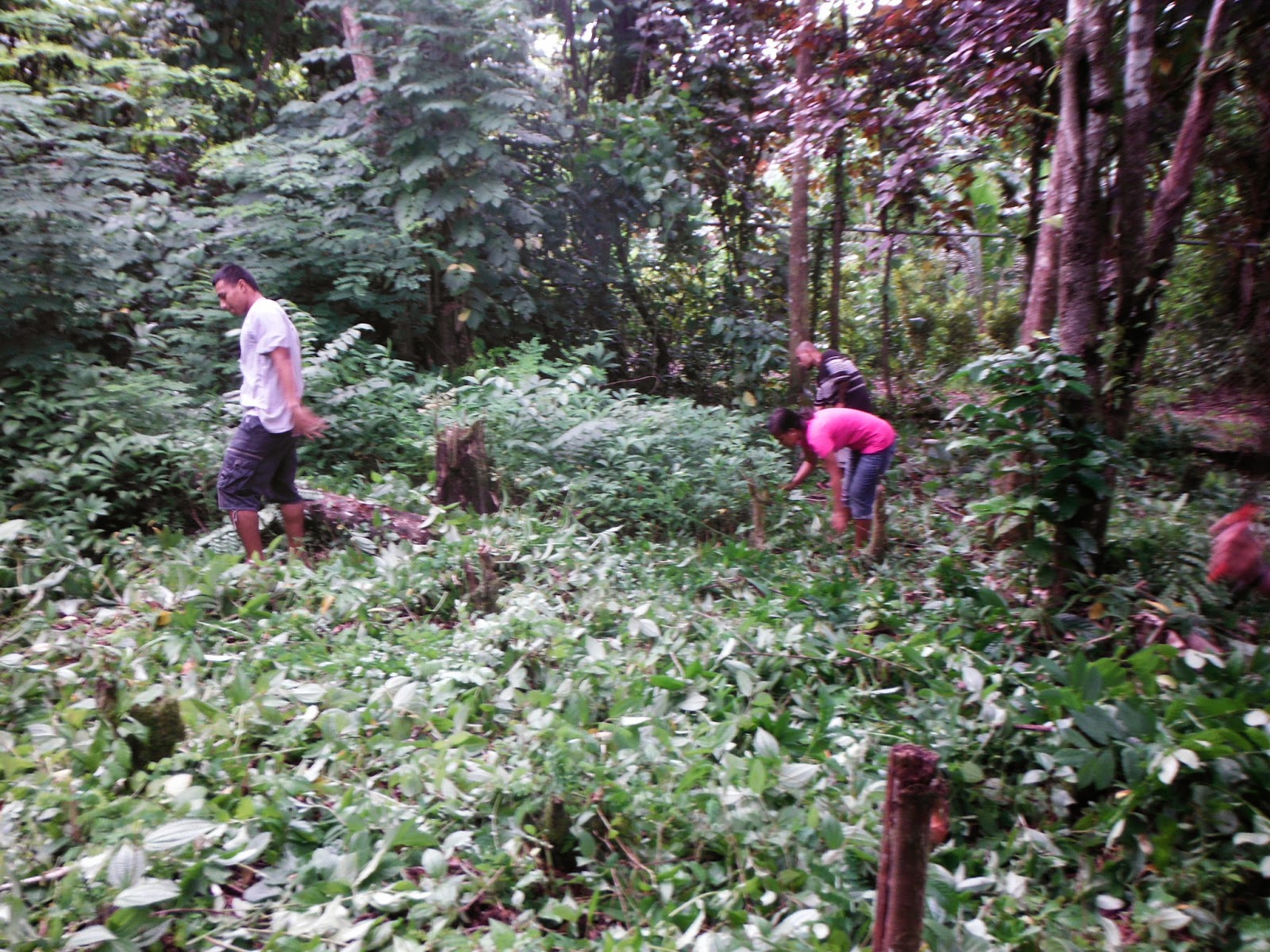 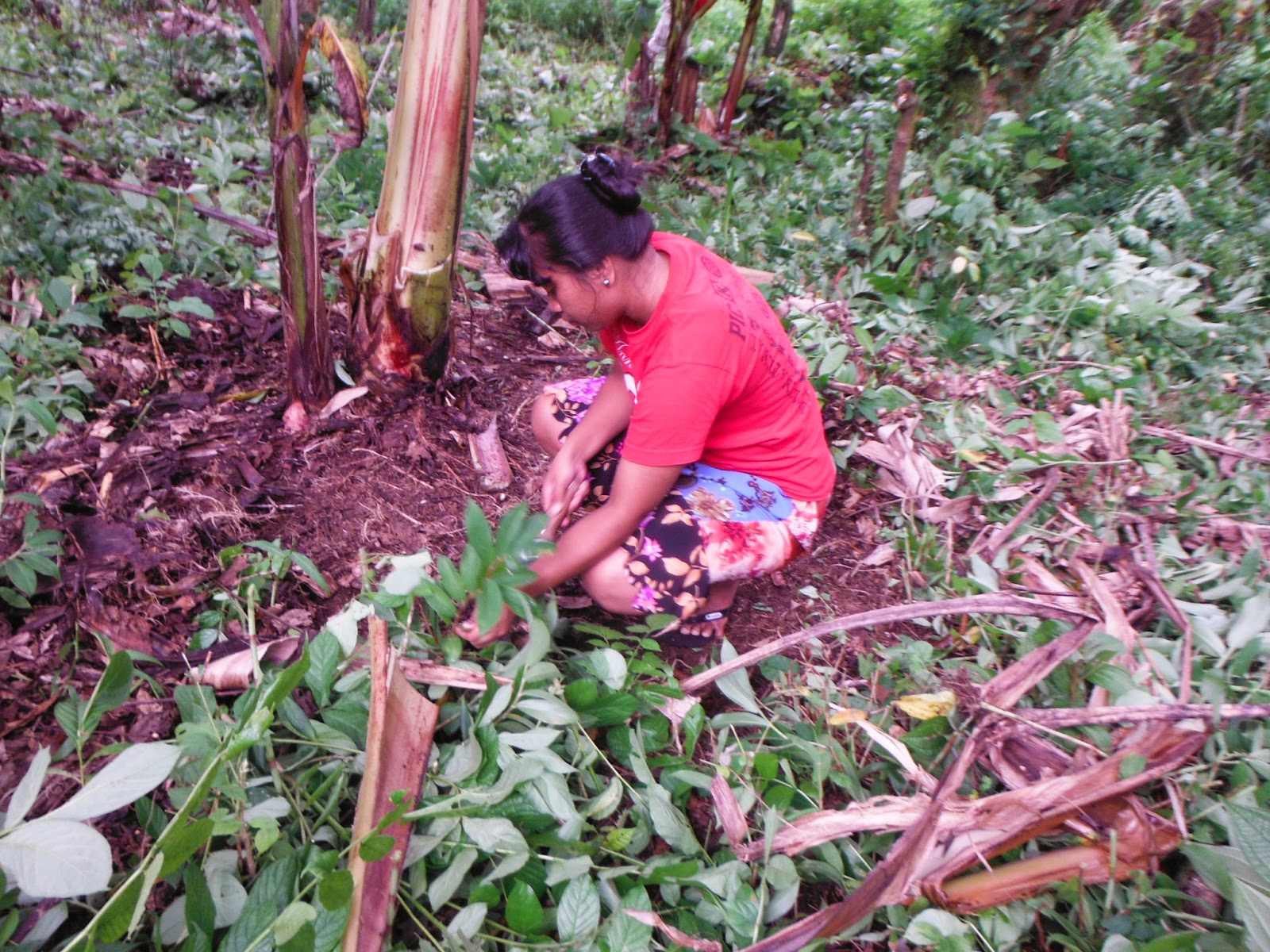 Beverly Billy tackling C. hirta the only effective way to do so 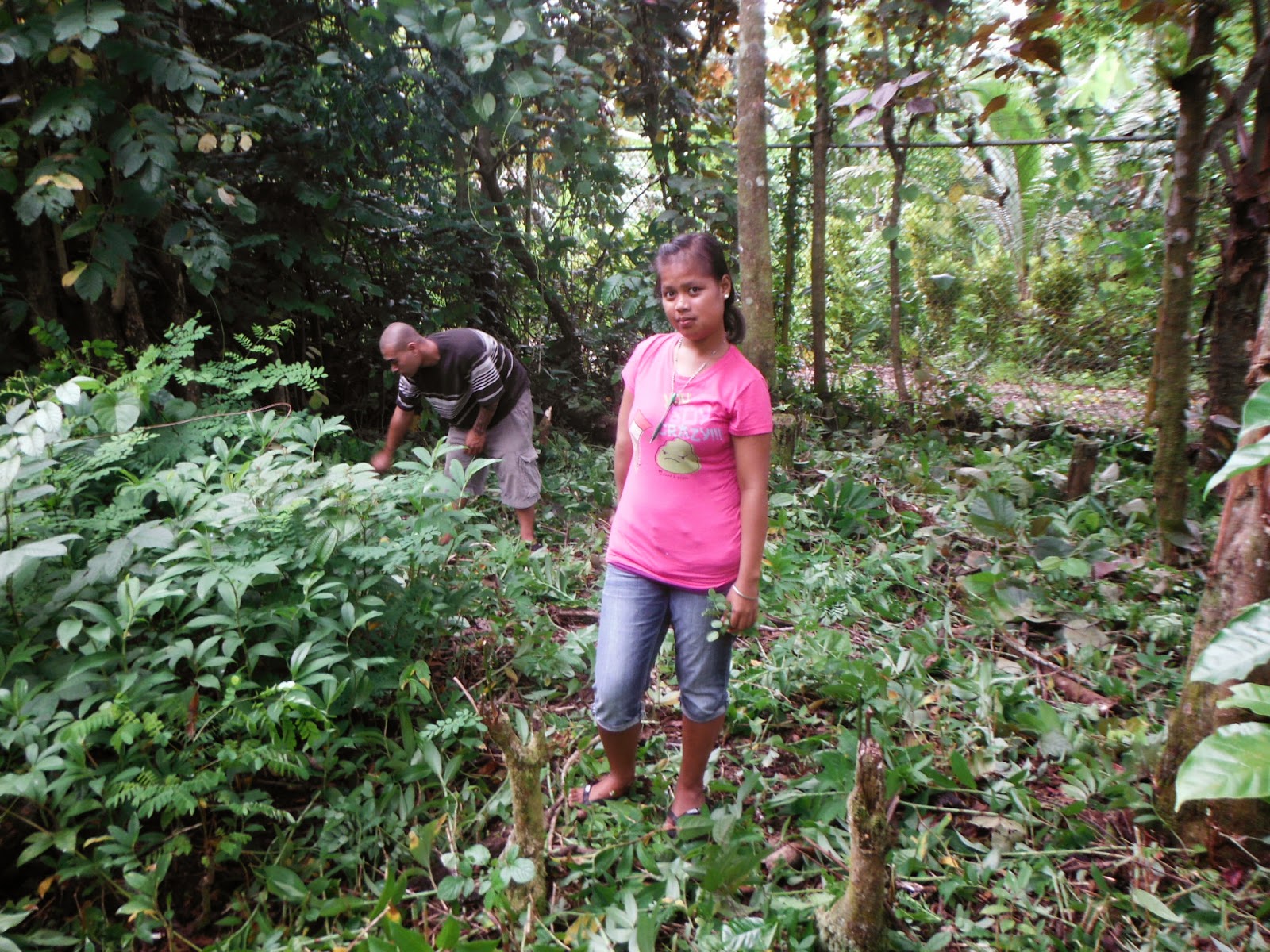 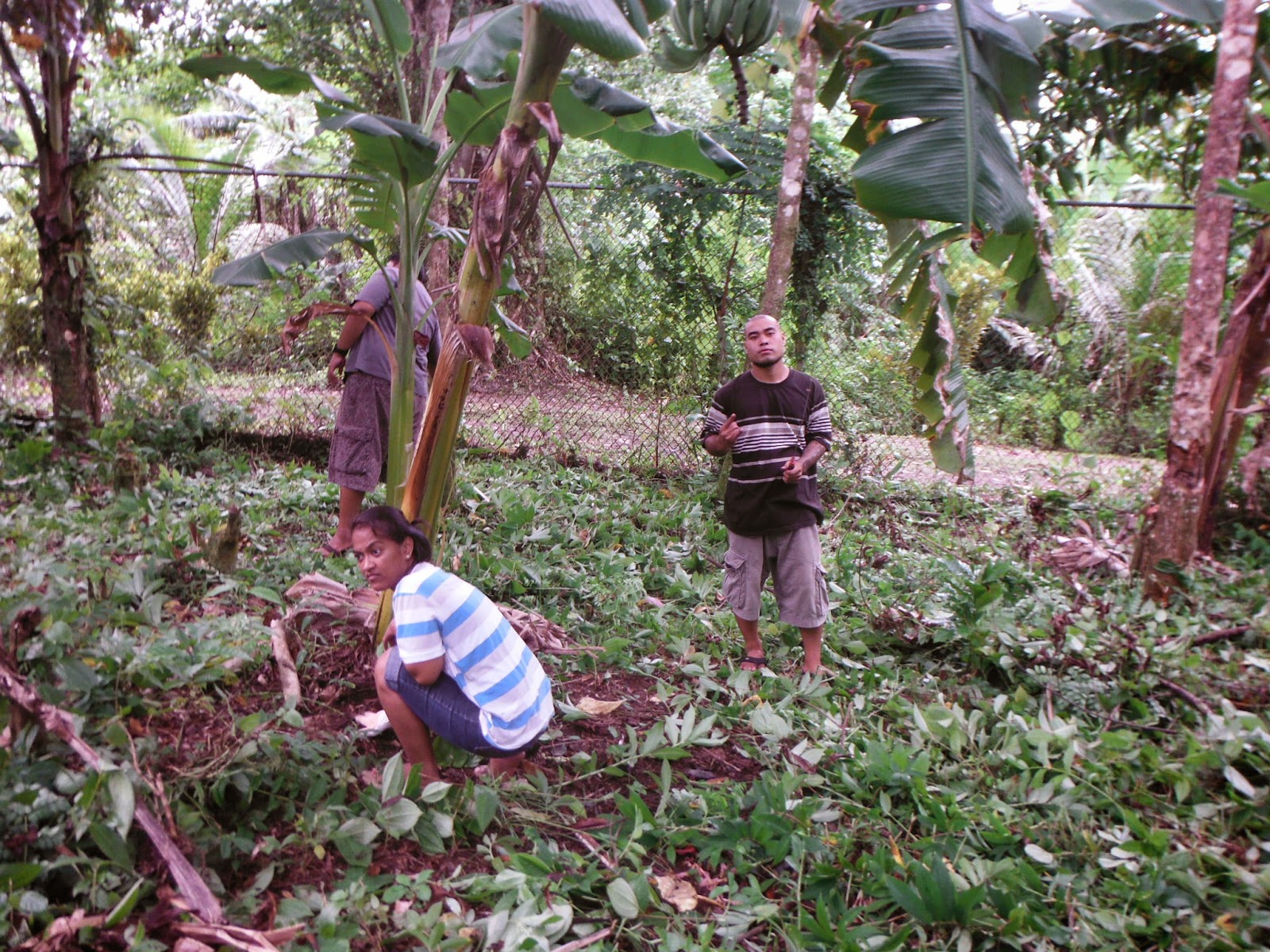 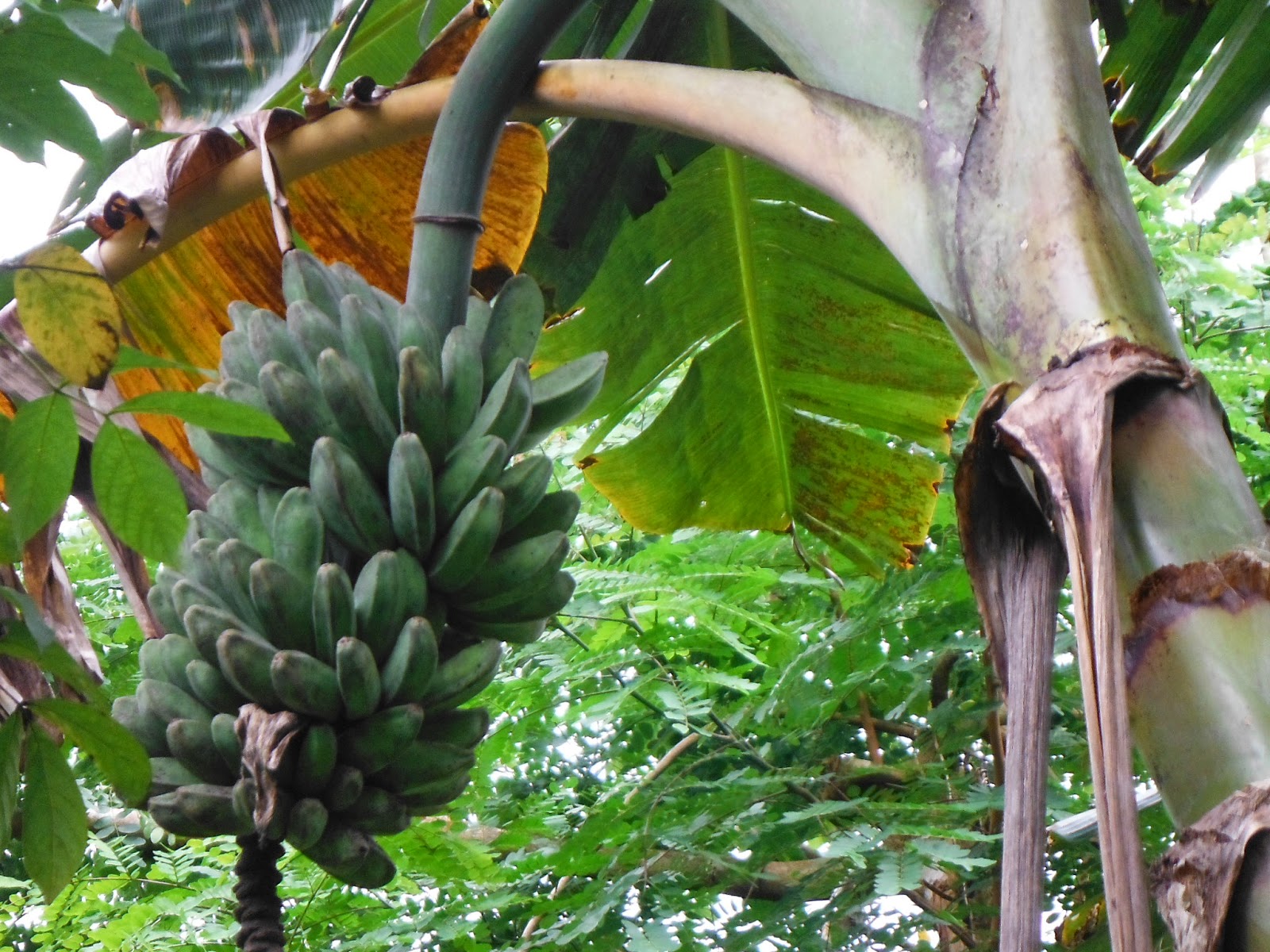 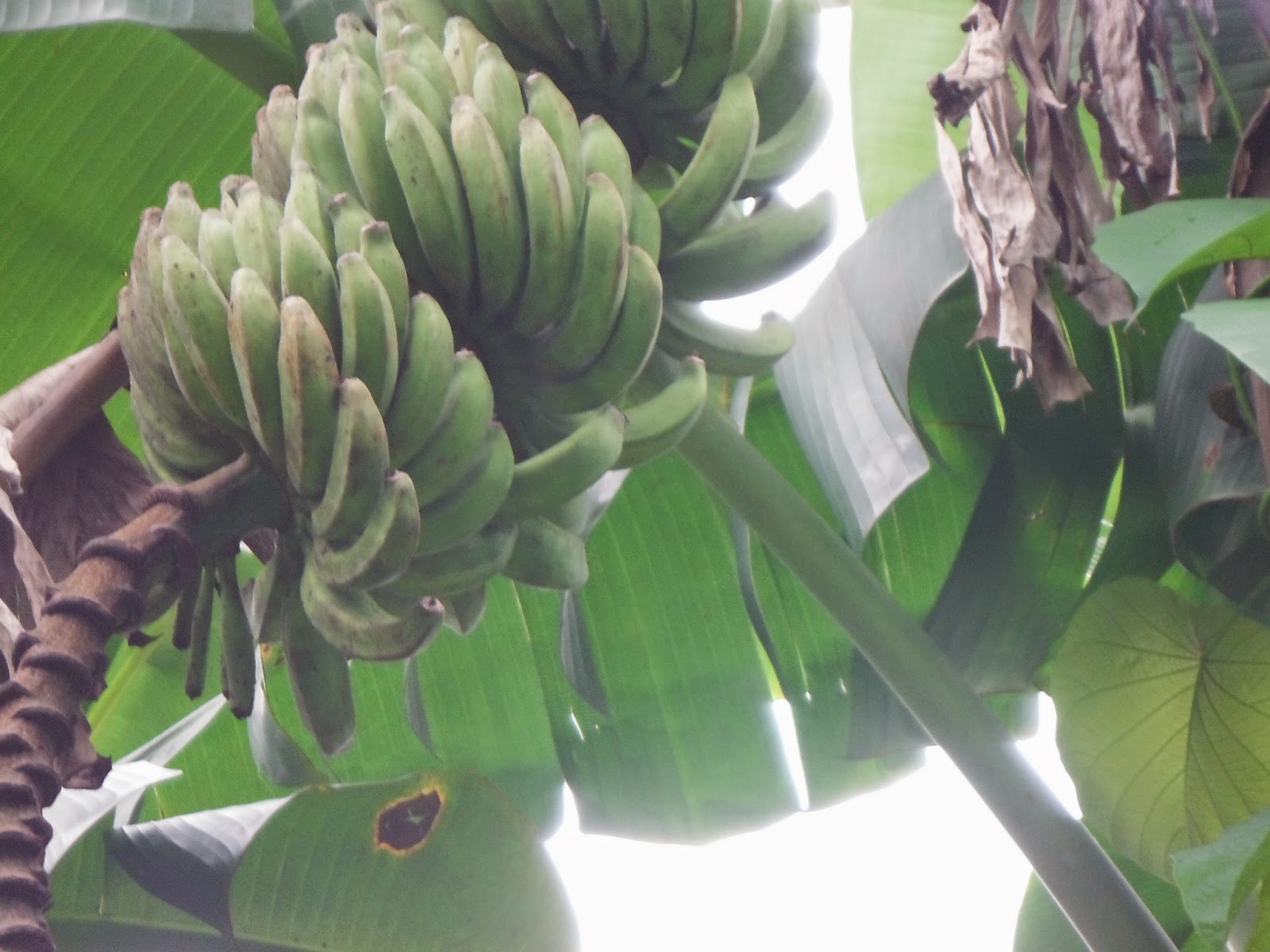 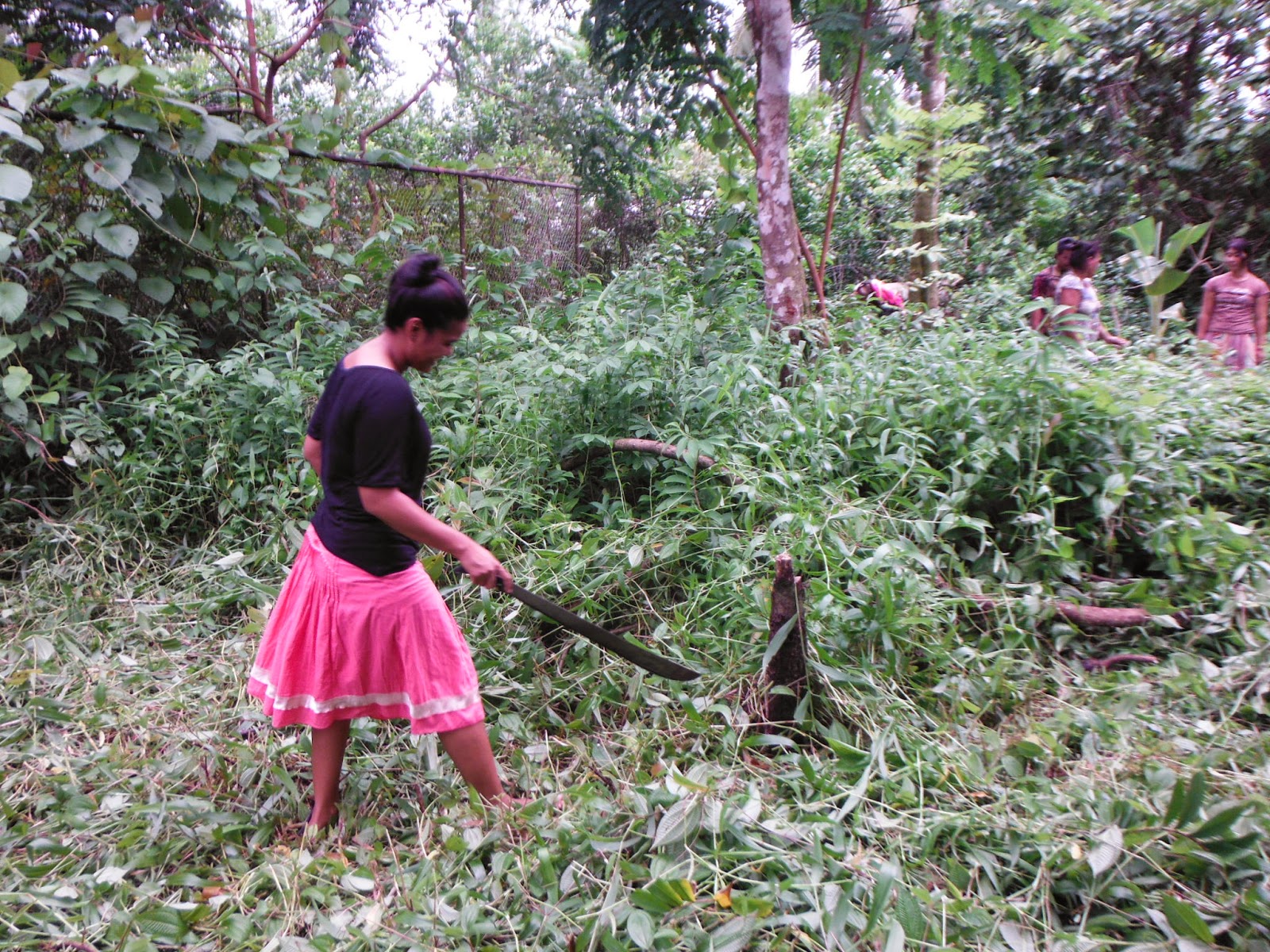 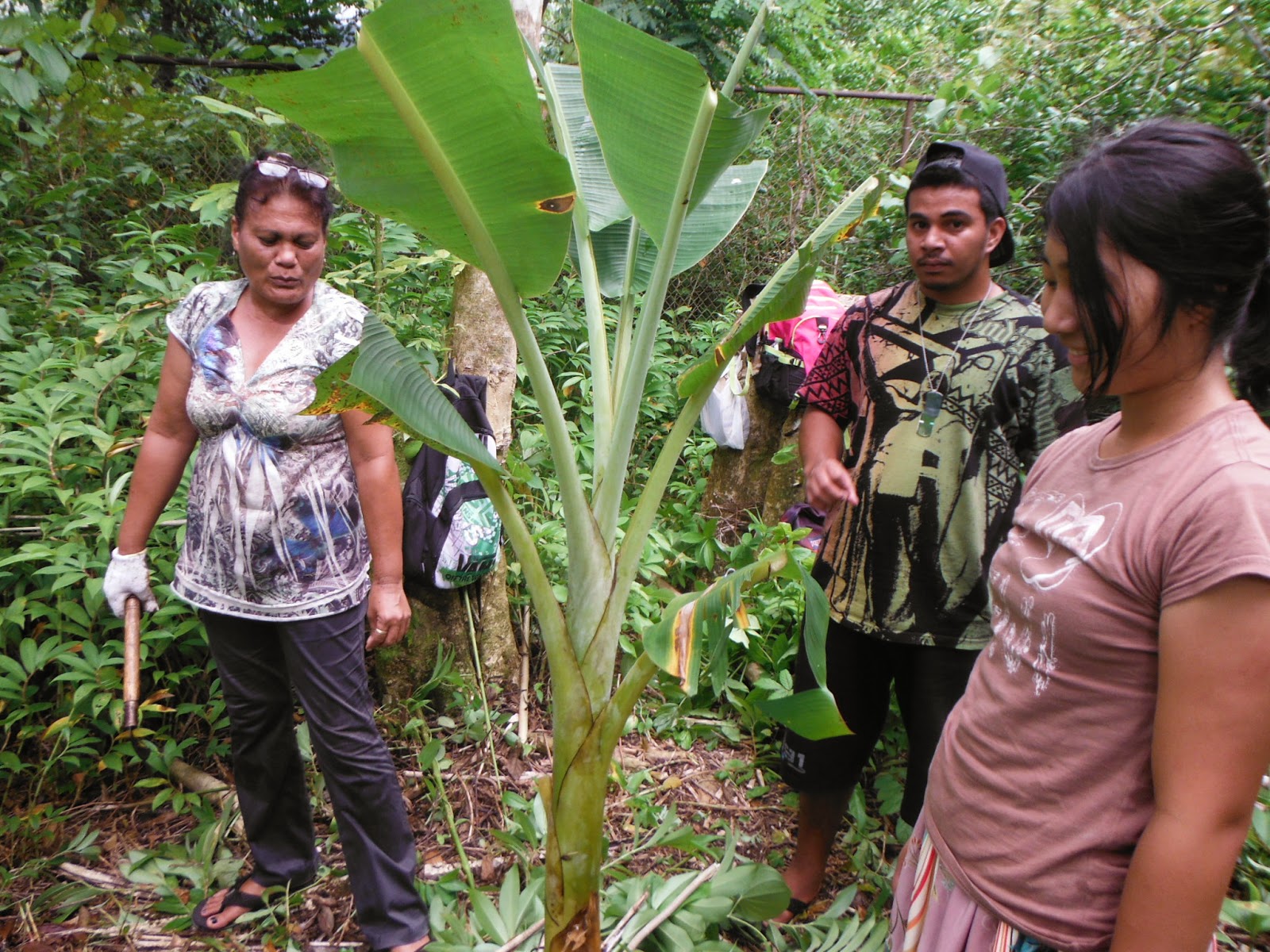 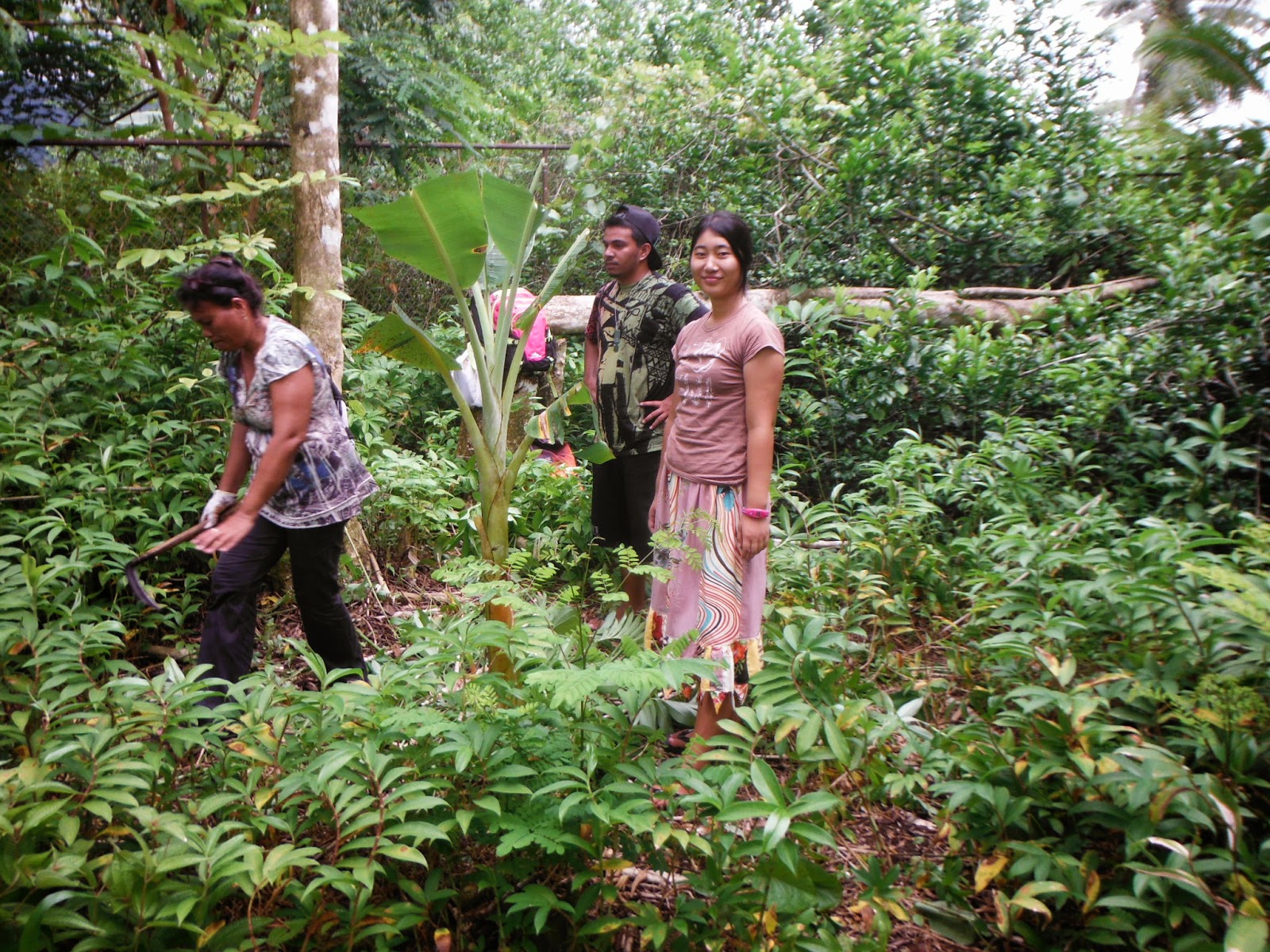 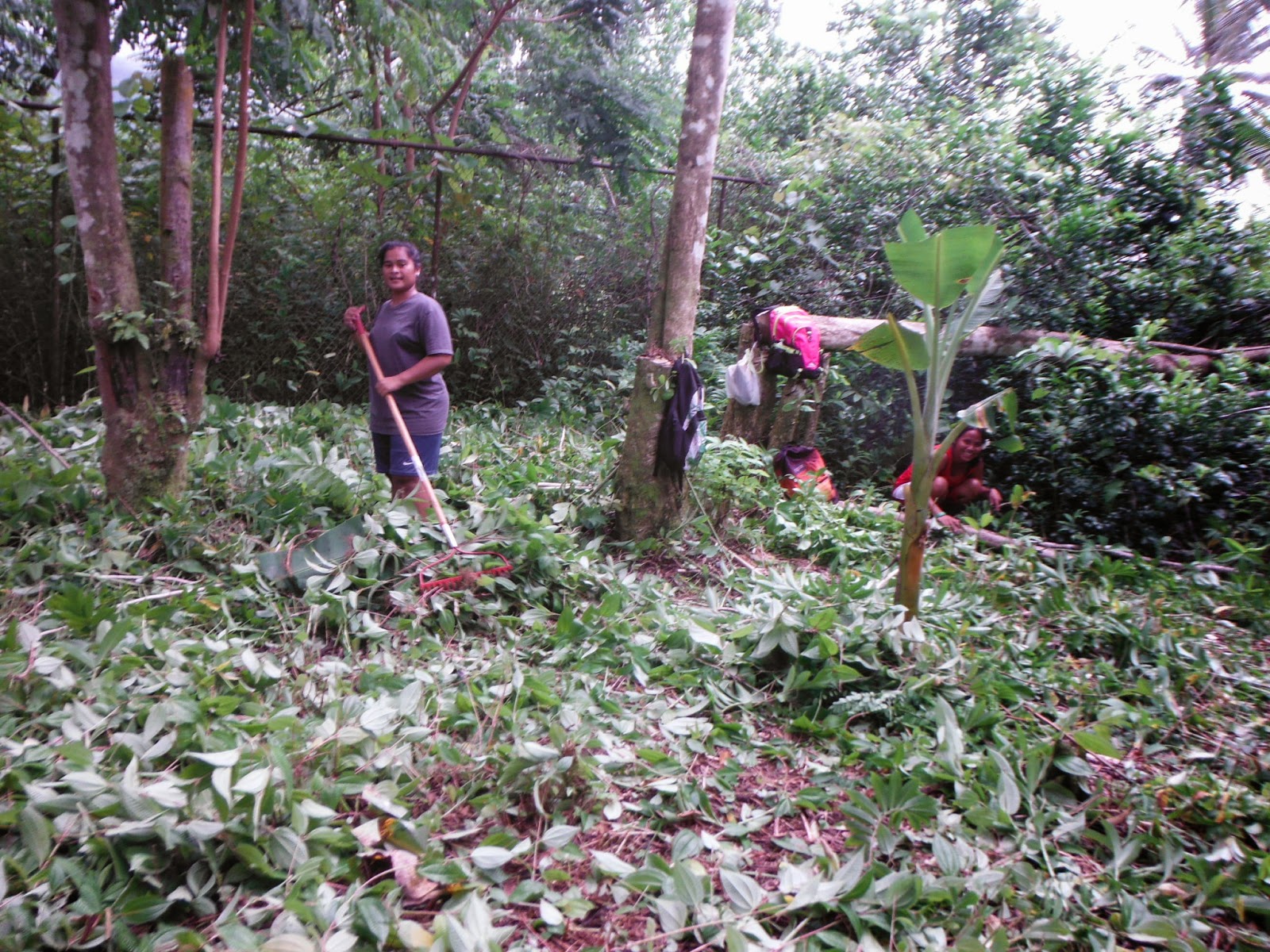 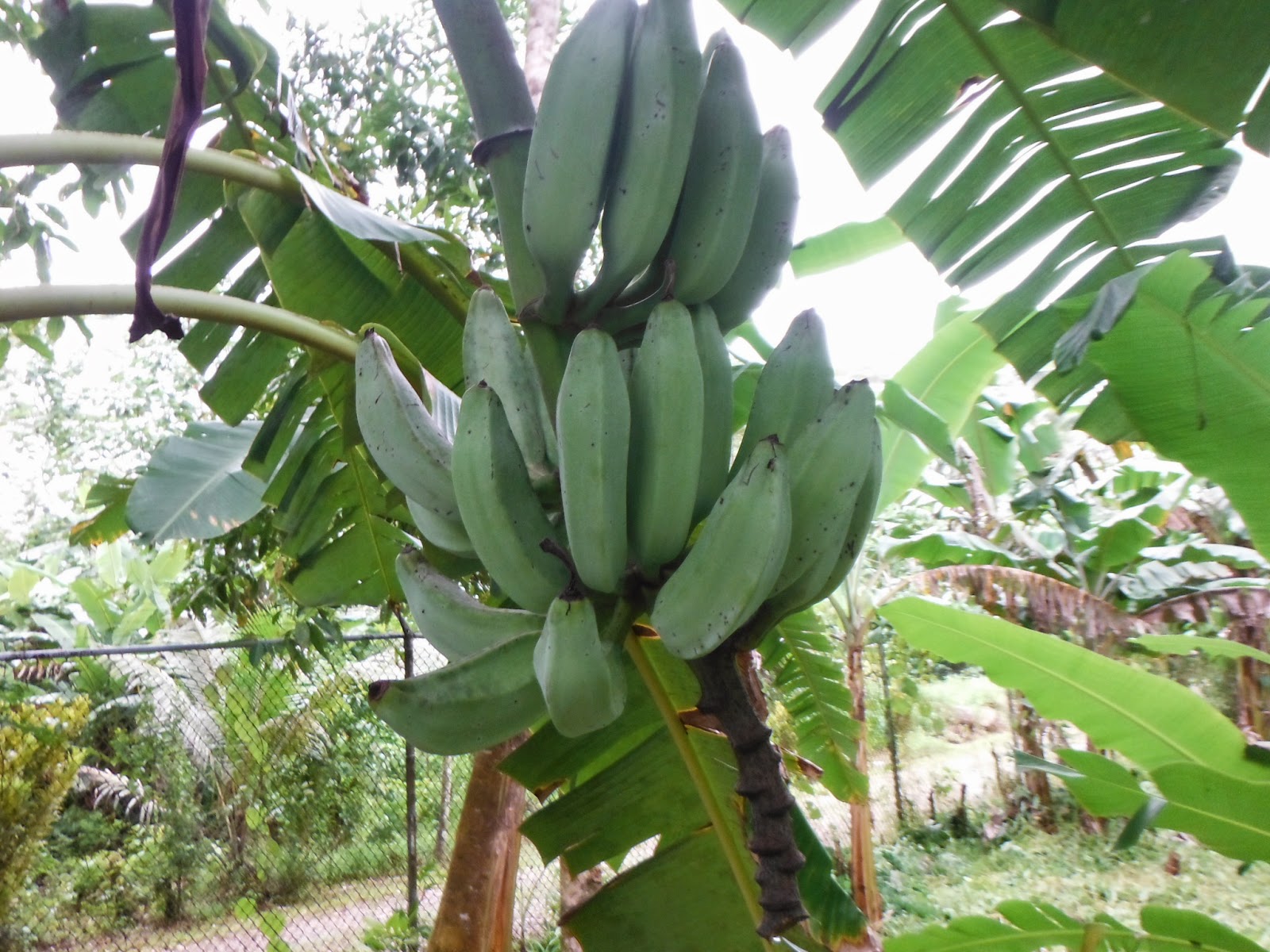 Yet to be identified banana, the third one fruiting on the 21st.