Measuring the speed of sound

March 12, 2015
Spring 2015 the physical science class built on the technique I started to develop fall 2014 for measuring the speed of sound. Rather than try to synch with echoes, I used the entrance road to obtain sufficient distance to time the difference between seeing two boards clap and hearing the sound of the clap. 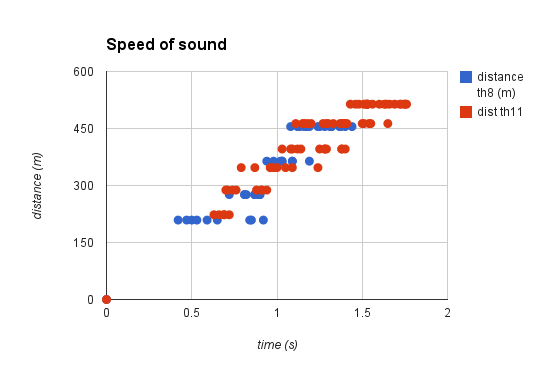 While some of the details of the day are covered below, one suggestion for the future would be to spread the students out along the road. I moved the timers with me and recorded all times at a given distance. That leads to the "horizontal bands" seen in the chart above. If pairs were "dropped off" at known distances, the number of stopwatches would provide about six data points. For each clap multiple distances would then get measured. I guess the horizontal banding issue might remain - more stopwatches?

Note too that 200 meters is a minimum distance for the timers. The speed of sound data is available in a Google docs document.

At 8:00 an initial attempt from 110 meters proved too close - the difference was too small, "too fast." 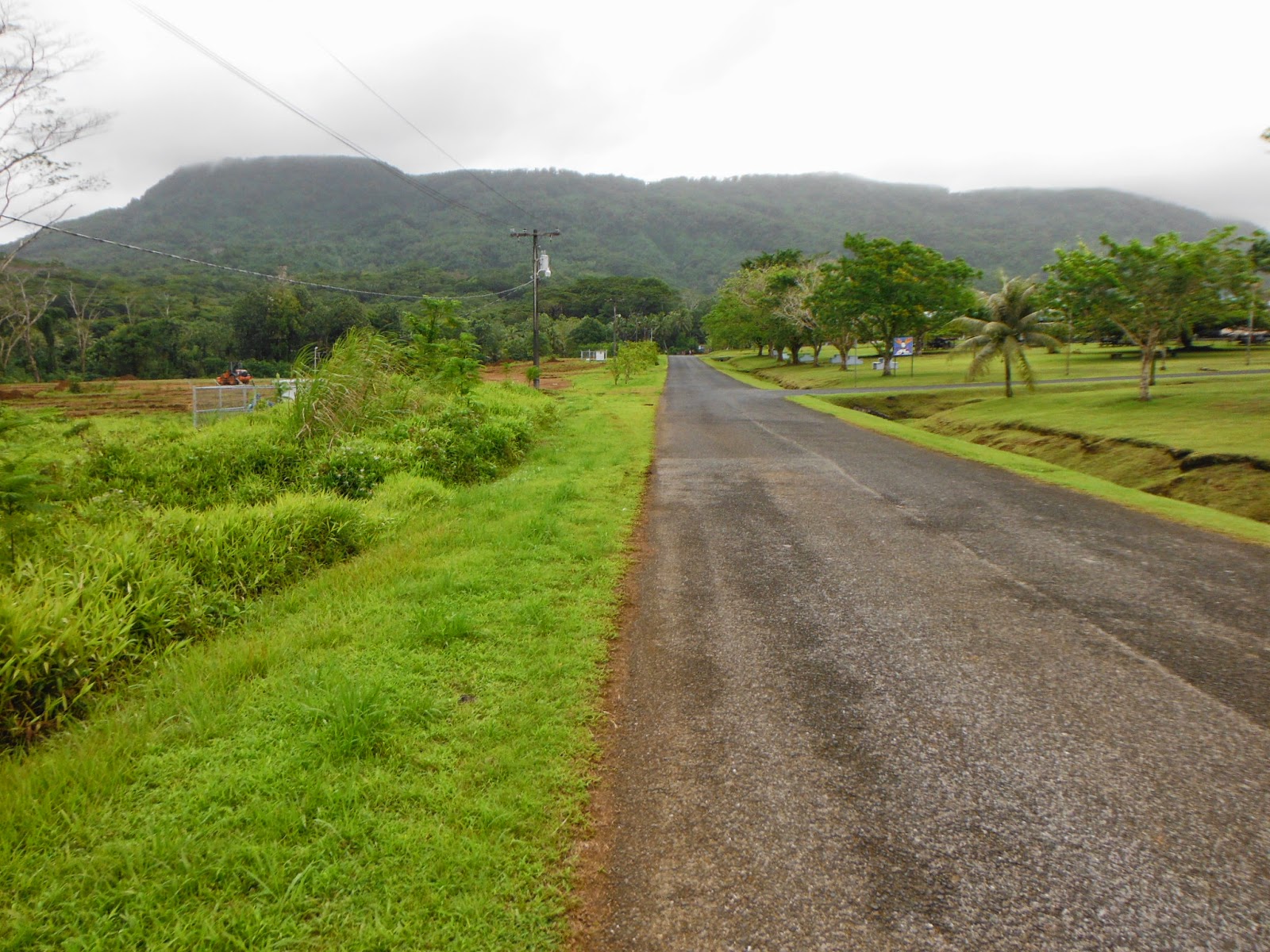 Although the clapper looks impossibly small in this image, this was distasnce of out around 276 meters. The 11:00 section would push on out to 514 meters and still see the clapper, although at that distance sighting the clapper is difficult and depends both on good vision and a highly visible clapper. 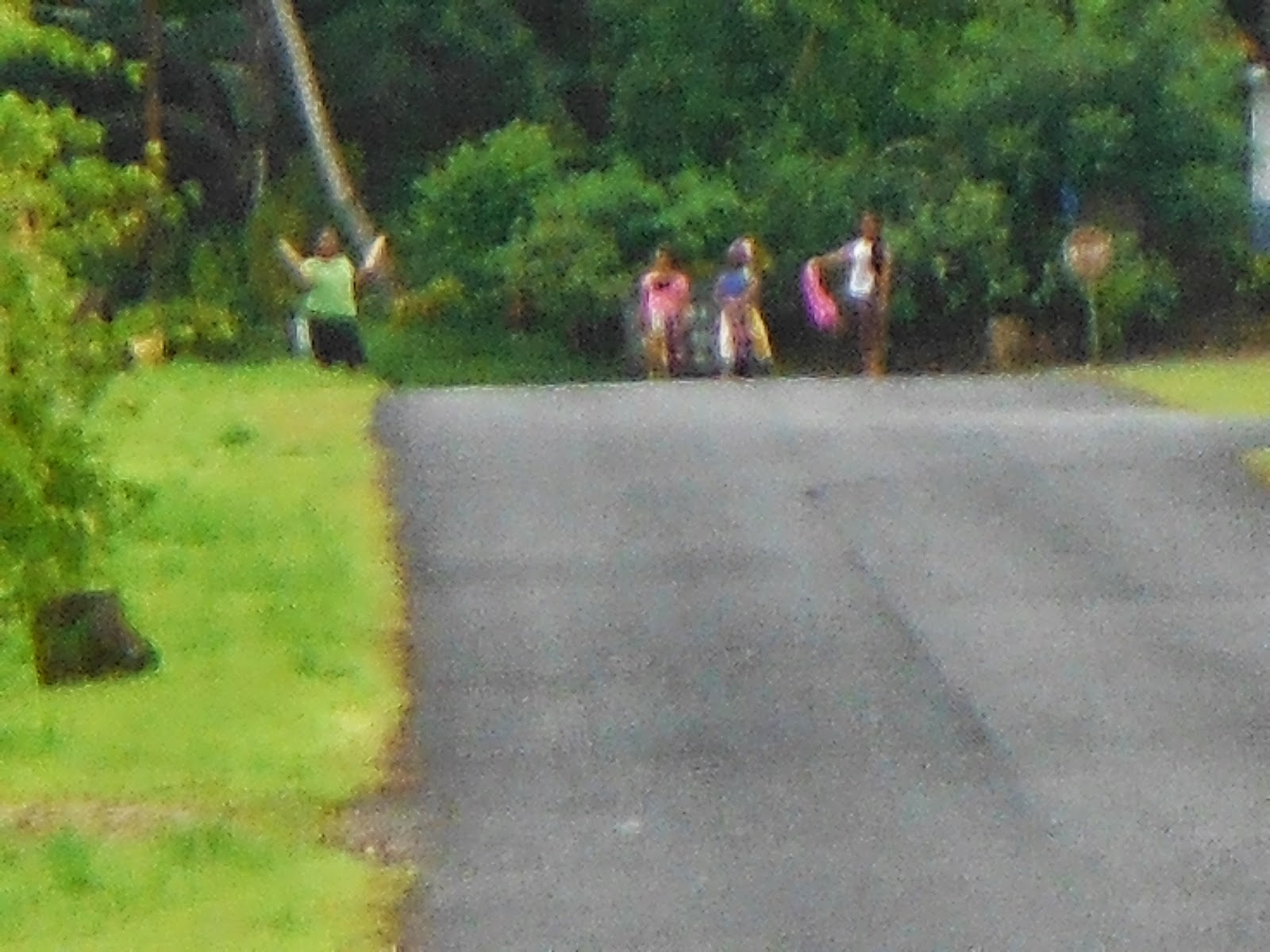 Jerisse Salvador clapping the boards. An exaggerated fully extended arm swing with a clap at 90 degrees overhead works best. She knew this, but pre-instruction on this might be necessary in the future. Marlynn Fredrick holds a towel. She was flagging prior to clap which did not assist the timers. The 11:00 section noted that the it was easiest to see the clapper when she stood in the road. 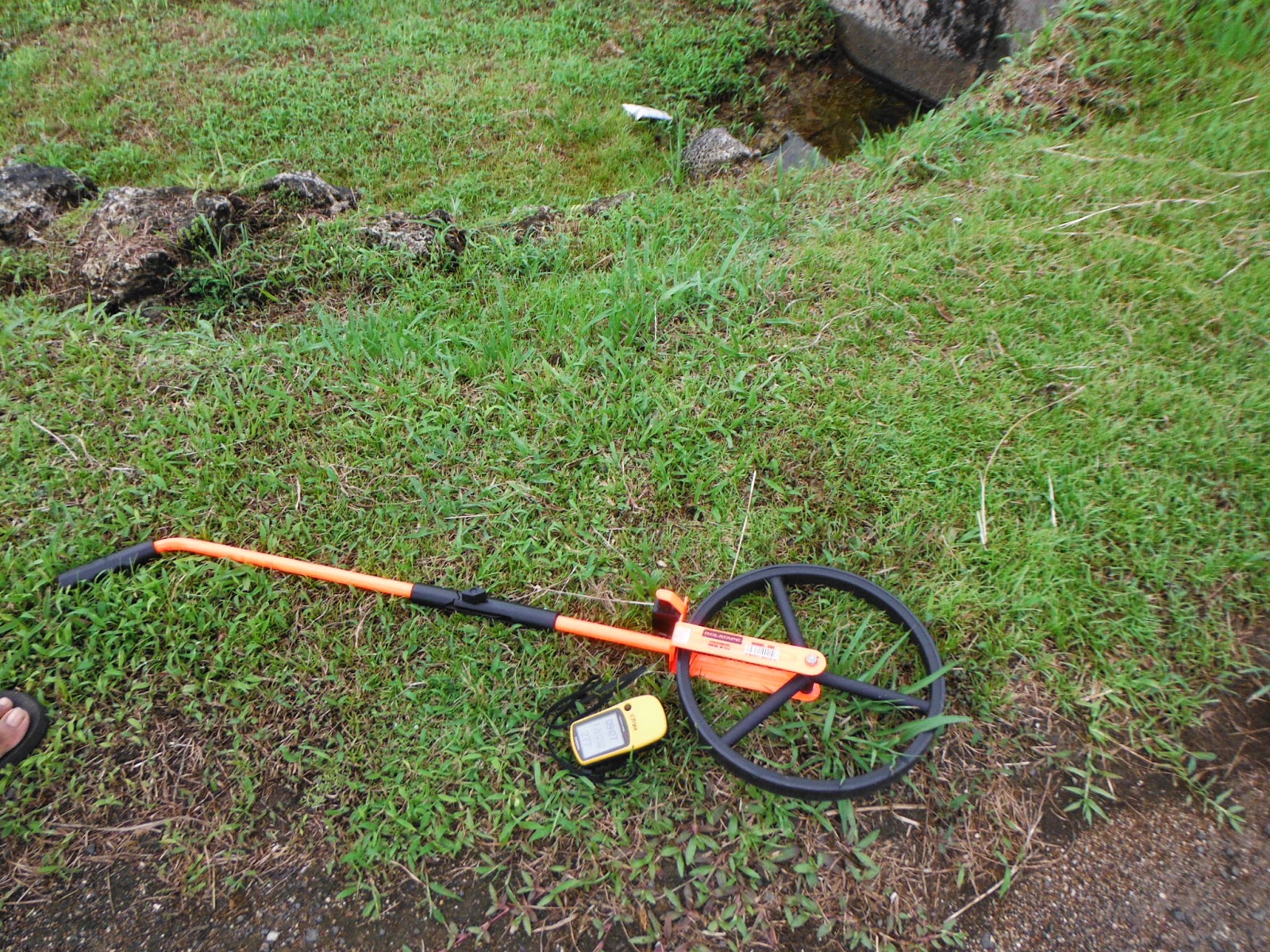 When a spot for listening was selected - and these were rather arbitrary distances - the GPS and surveyor's wheel were carefully laid down. The GPS was measuring meters, the wheel measured in feet. I handled the conversion to meters. 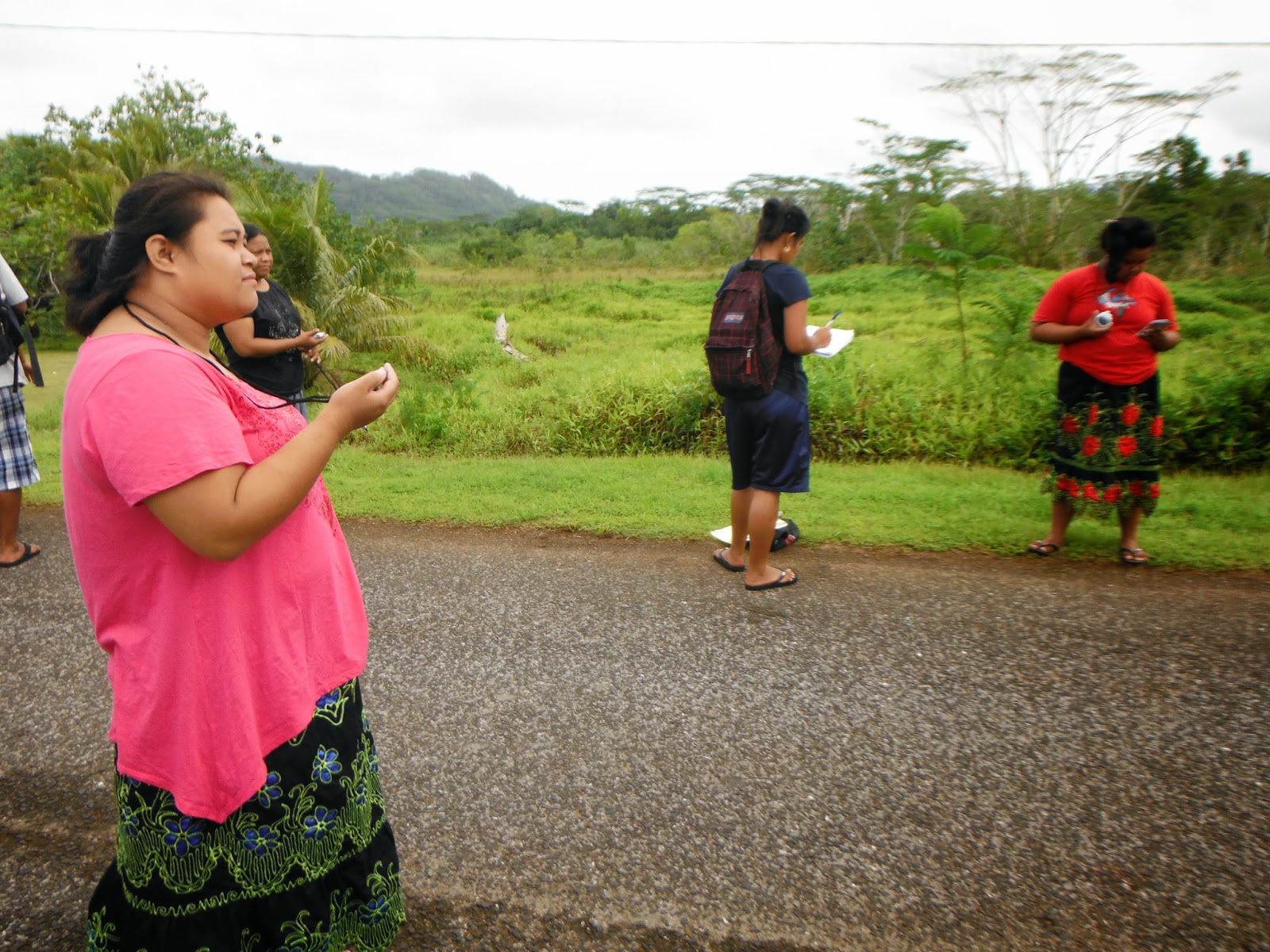 The timers arranged themselves across the road, traffic permitting. The 8:00 class has morning traffic to contend with, the 11:00 class has lunch hour traffic to contend with. Cars block the view of the clapper. Cars near the listeners drown out the faint sound of the clap. A strong north-northeast wind was running on campus today due to tropical storm Bavi to the east-northeast of Pohnpei. In the image above Vancyleen waits for the clap, Amabella checks her social media. I would later find that Amabella's stopwatch was set in countdown timer mode. 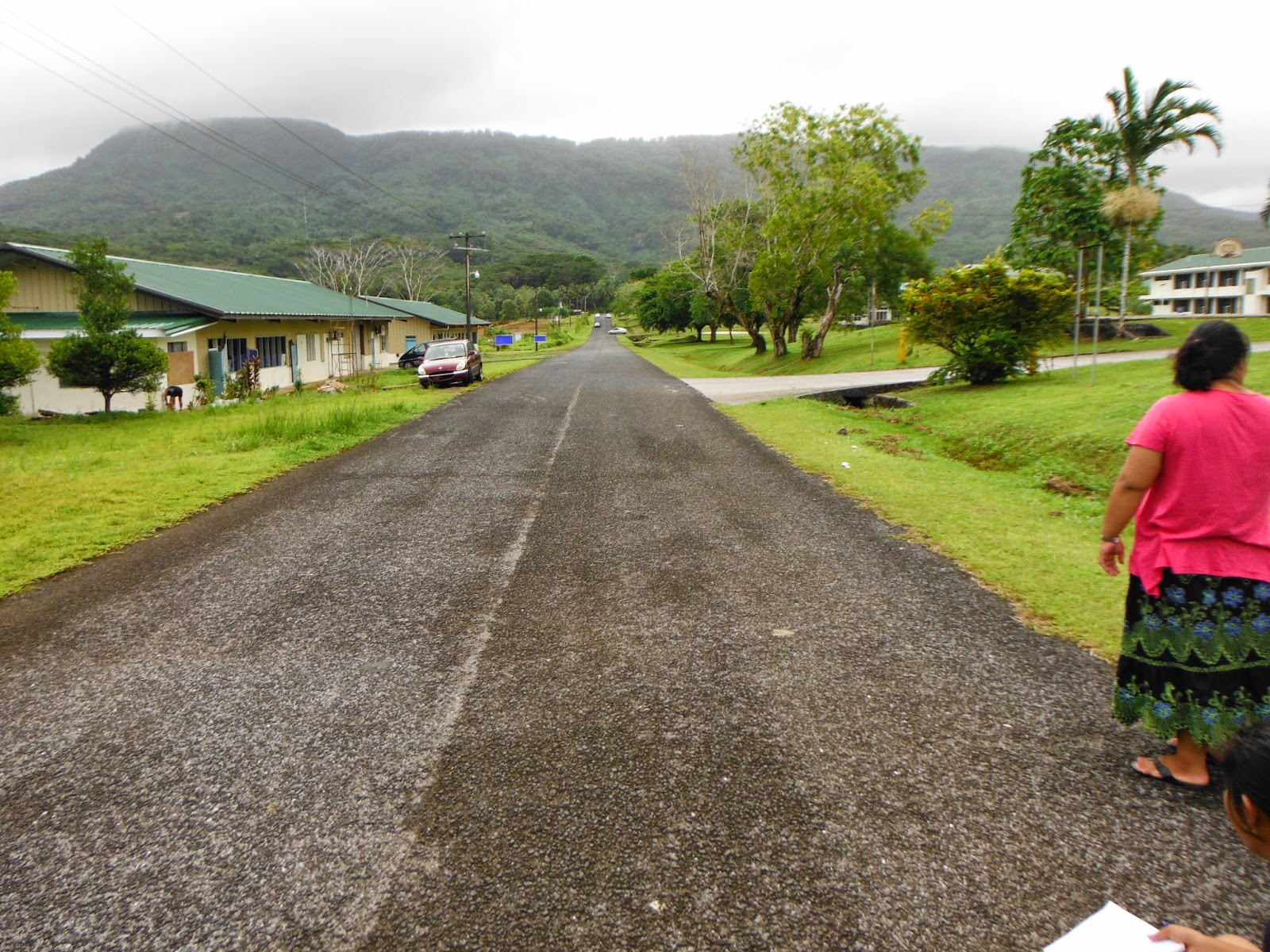 In the morning class we would wrap up at 458 meters. Hard to imagine looking at the image, but we could still see and hear Jerisse. 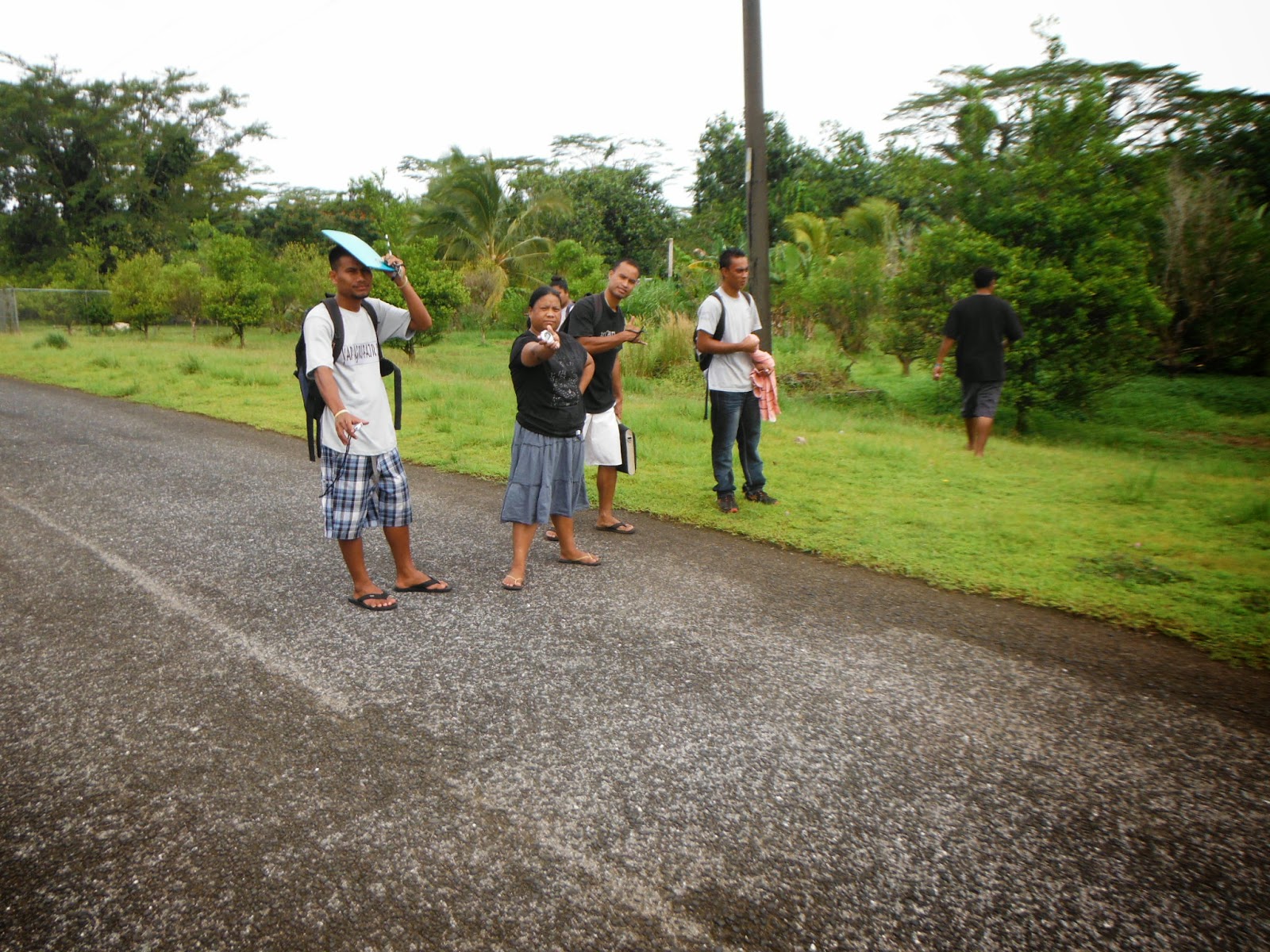 Timers are arrayed at the 458 meter mark. Hammering at the gym was a cross-distraction here. 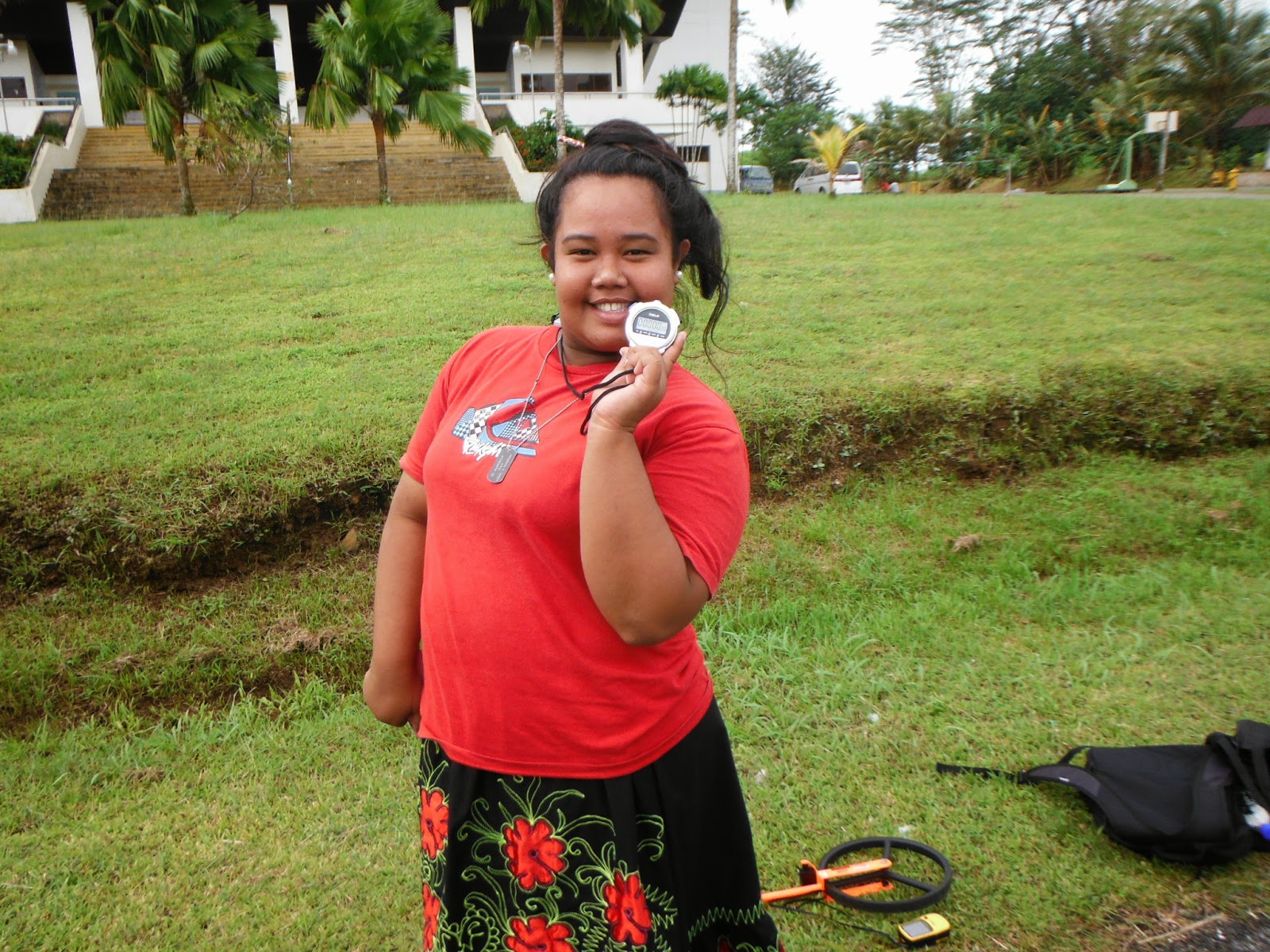 Amabella Soram showing that her timer is now over into stopwatch mode. And posing for a selfie. 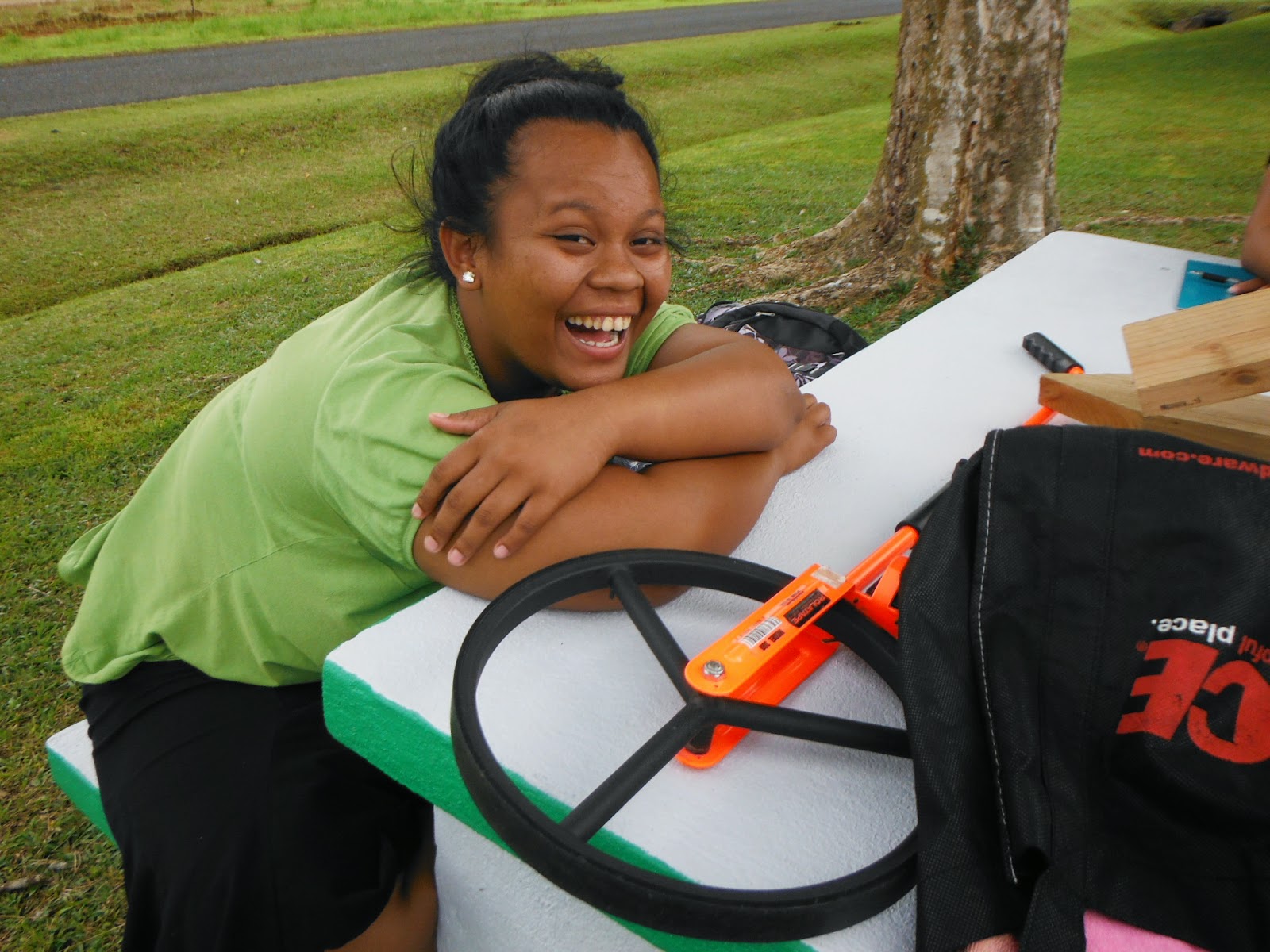 Jerisse, the 8:00 clapper. She proved very capable - her claps would be louder than those at 11:00, or at least perceptually louder. Many factors played into the loudness: wind, cars, the general hum of the campus. 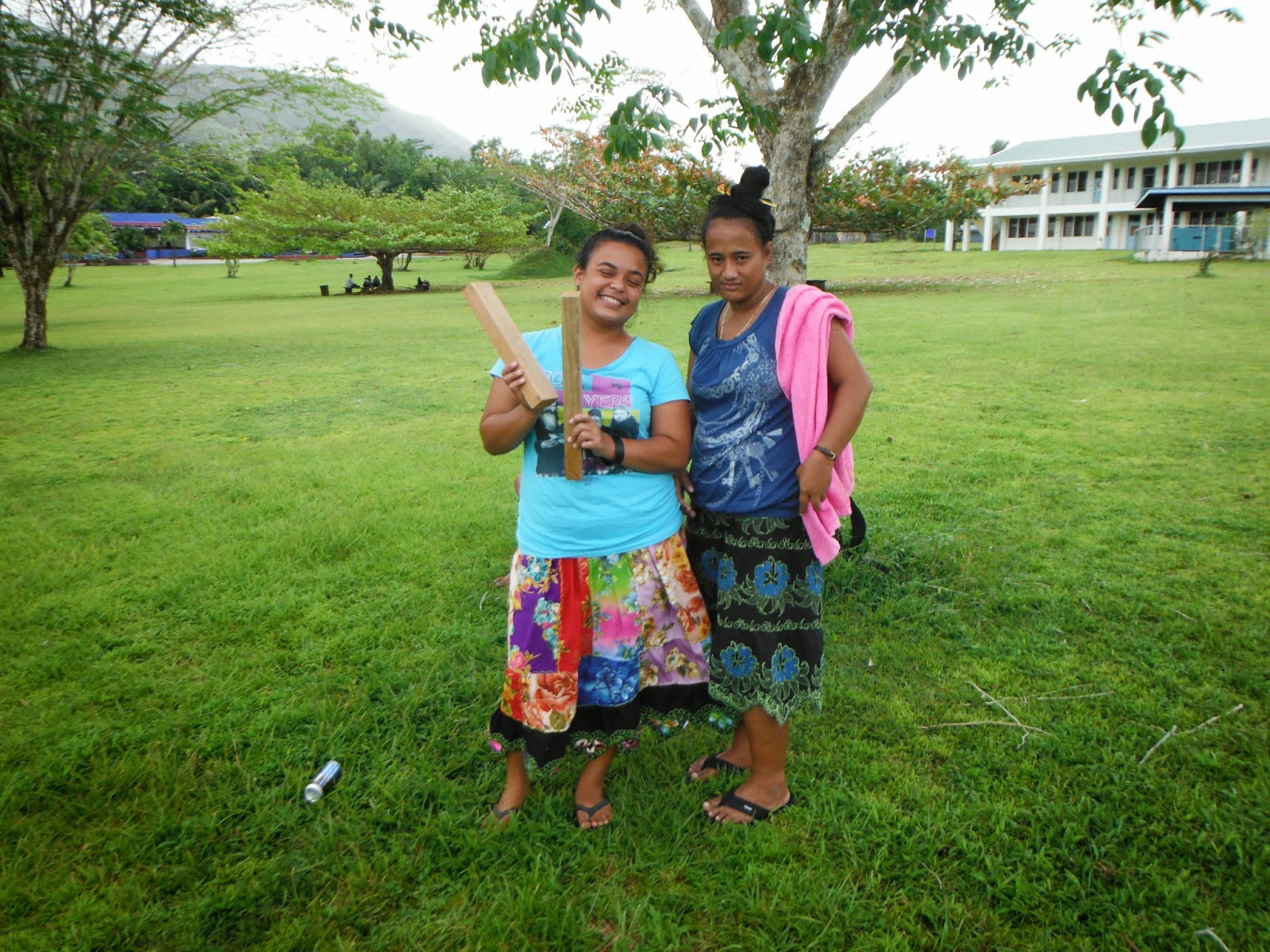 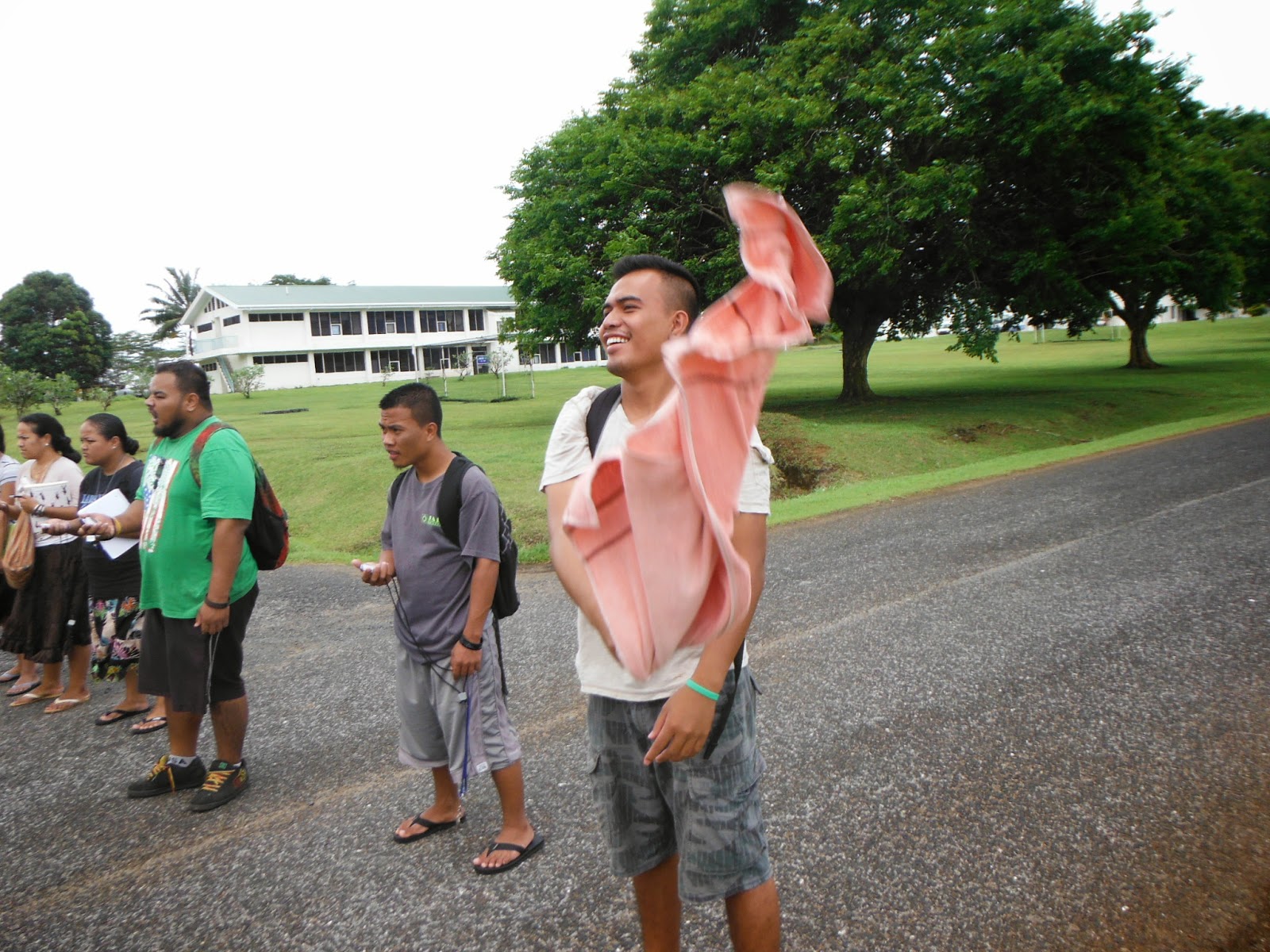 Tyrone Rodriguez handled flag duties. Straight up meant "Wait, the timers are not ready" while spinning the towel meant "Clap!"  Six timers worked the line. Quiet on the timing line was essential. 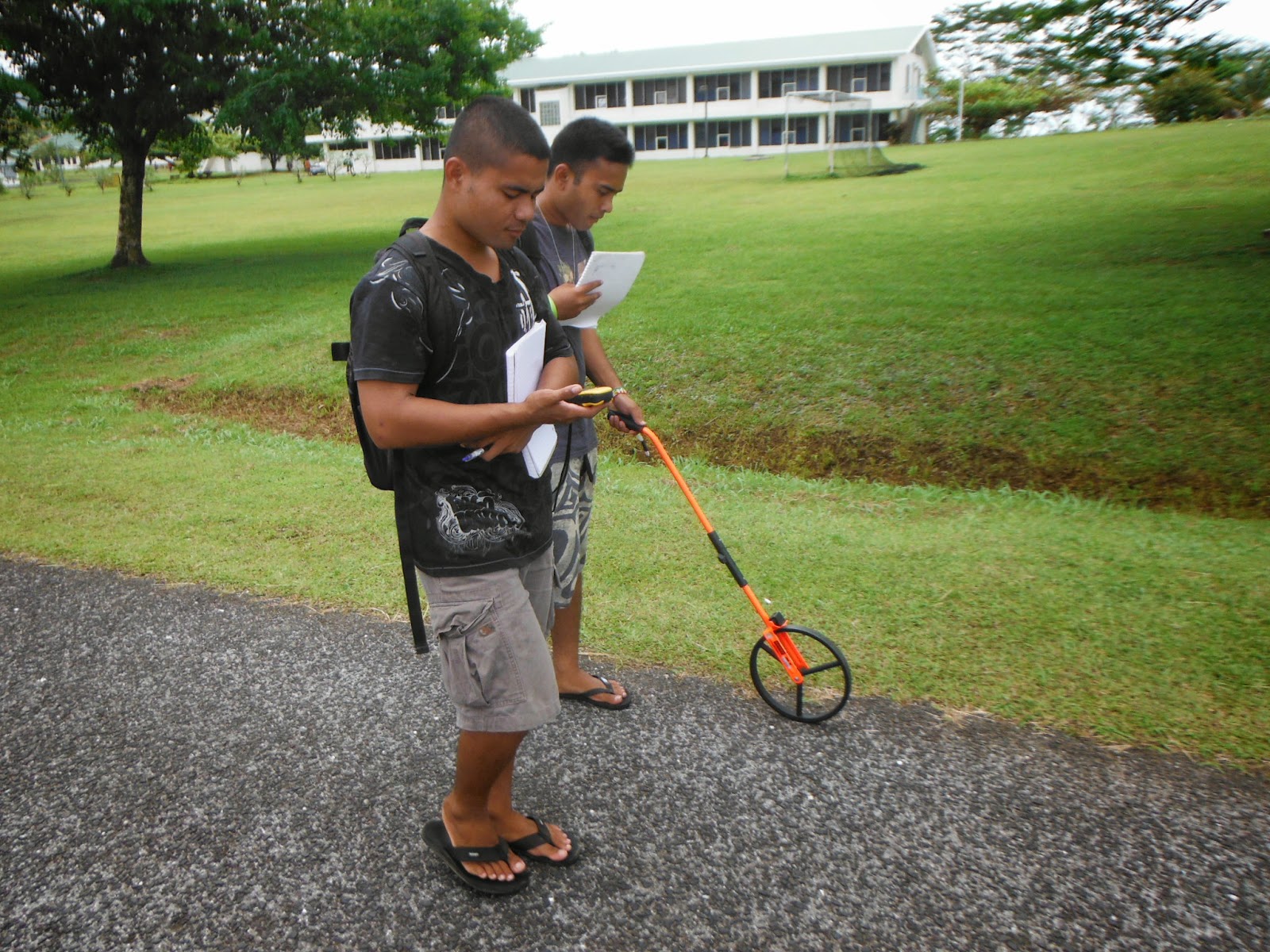 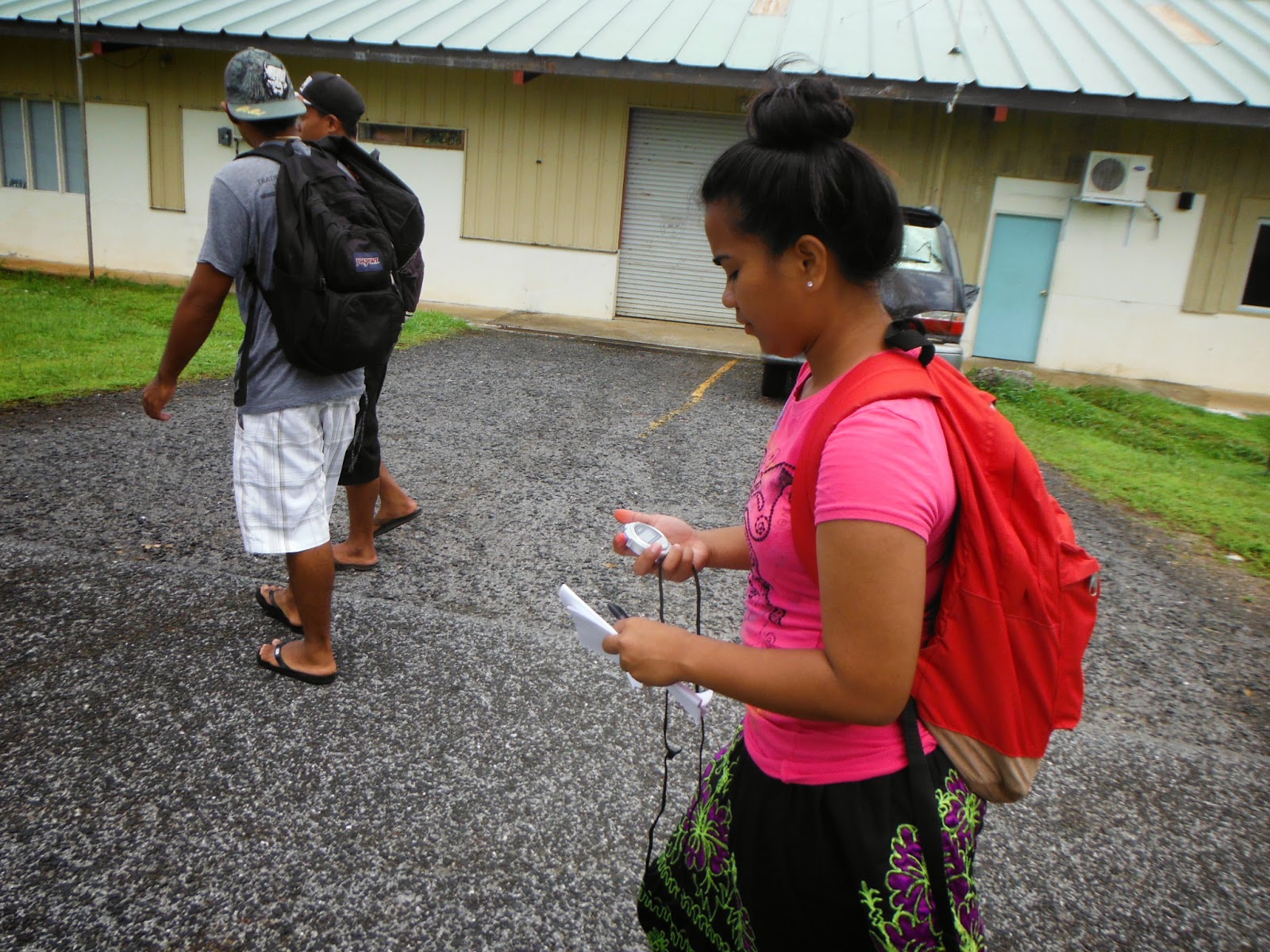 Beverly Billy with a timer headed out to a further distance. 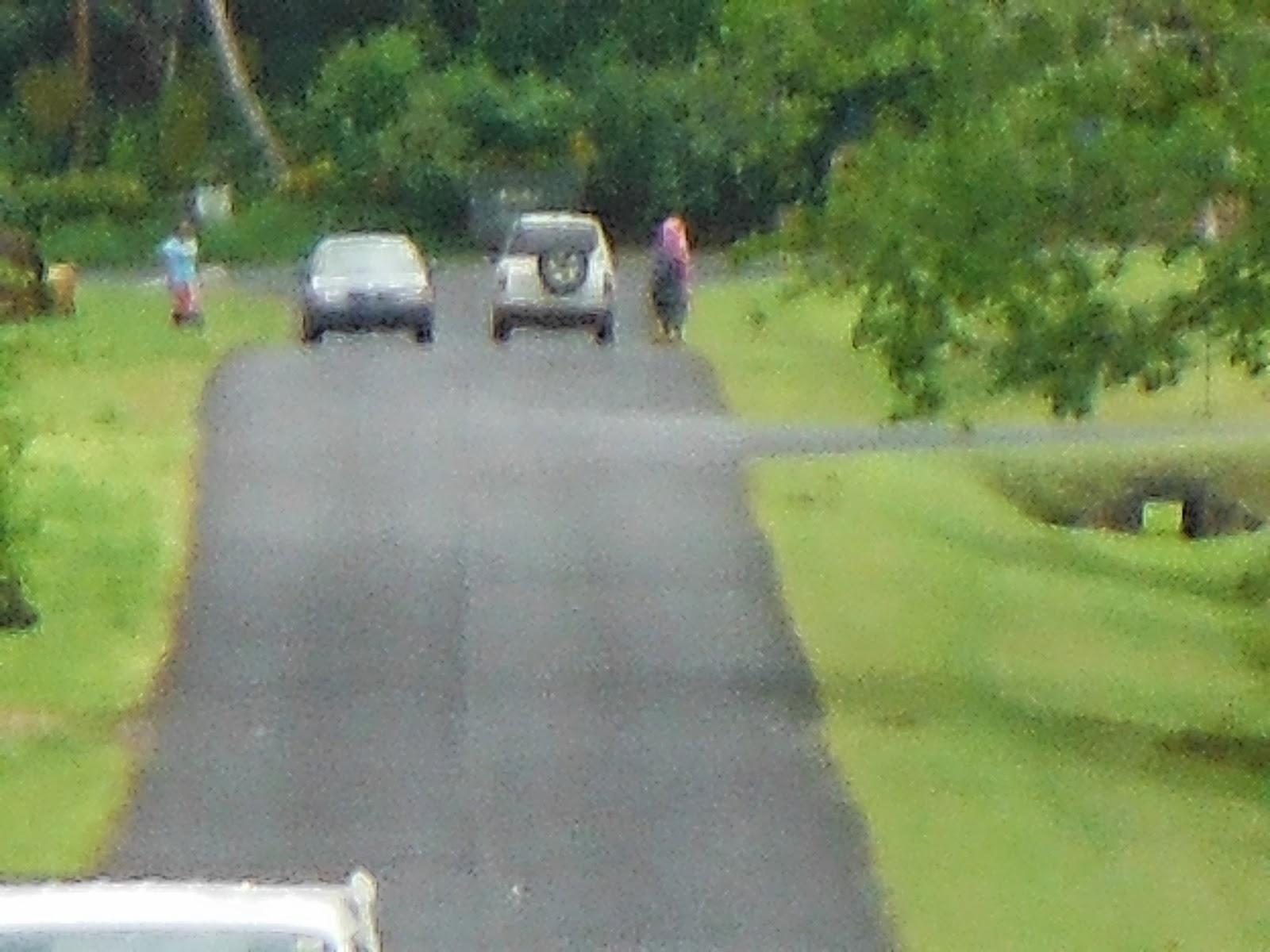 From 523 meters Gisele was difficult to see. 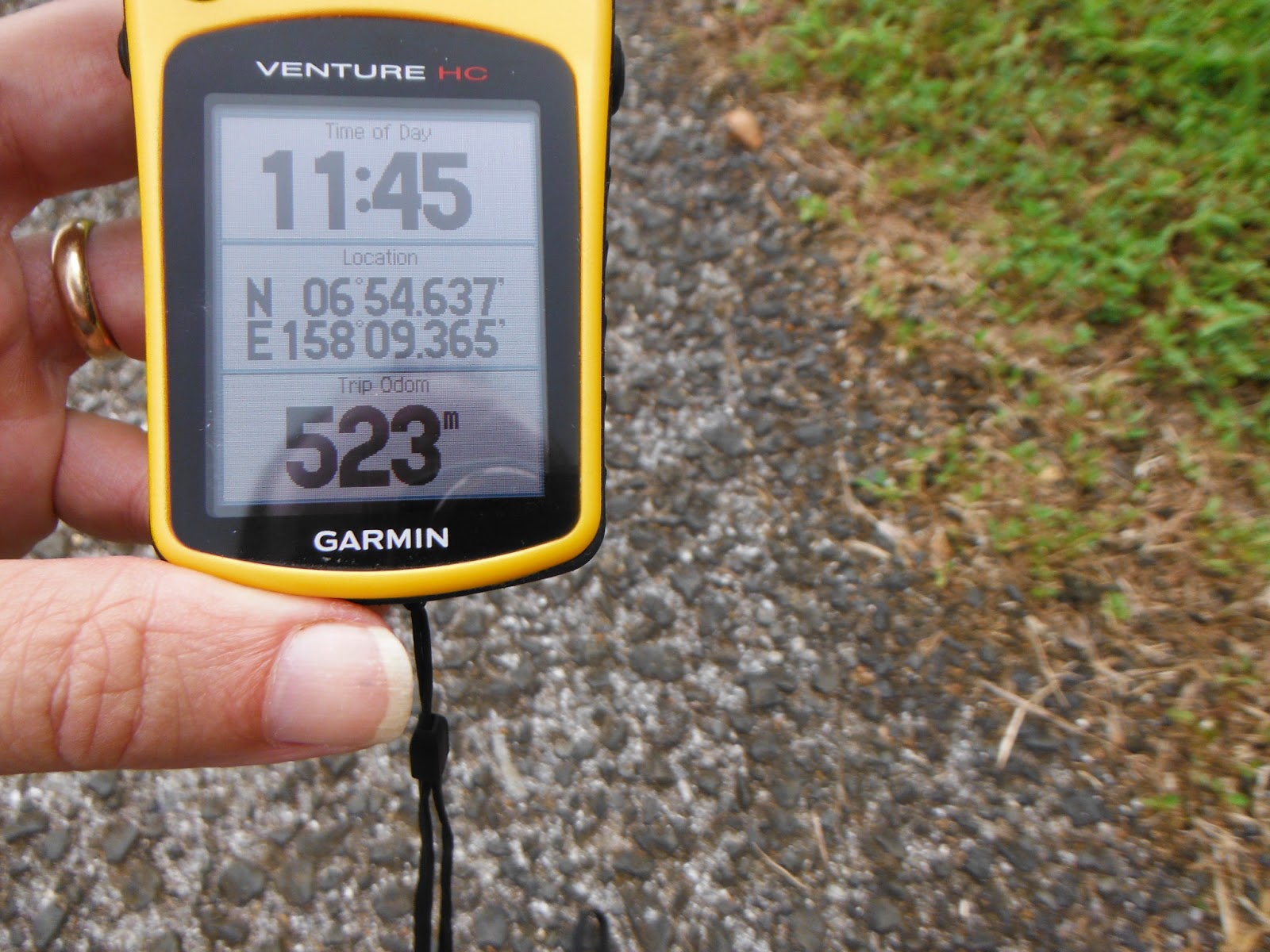 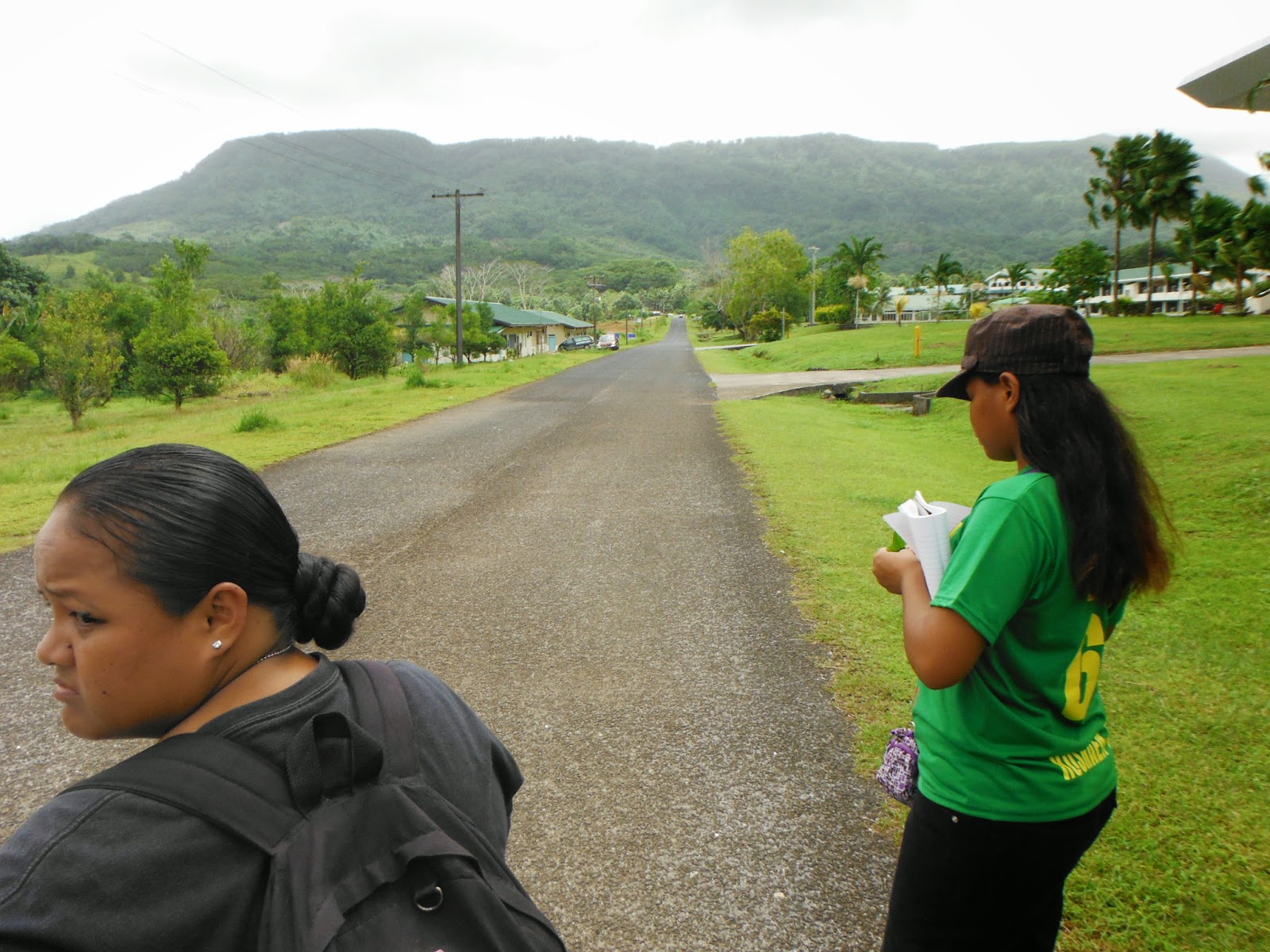 Lesleena and Lynnsey at the 523 meter mark. In this non-telephoto shot one can get an idea of just how far away Gisele is at this point. Click to enlarge to attempt to see Gisele. At this distance visual acuity is on the line. One student suggested that Bilrose should stand behind Gisele with the towel outstretched as a background against which to see Gisele's arms. The clap is faint and in one instance a gust of wind made the sound inaudible. 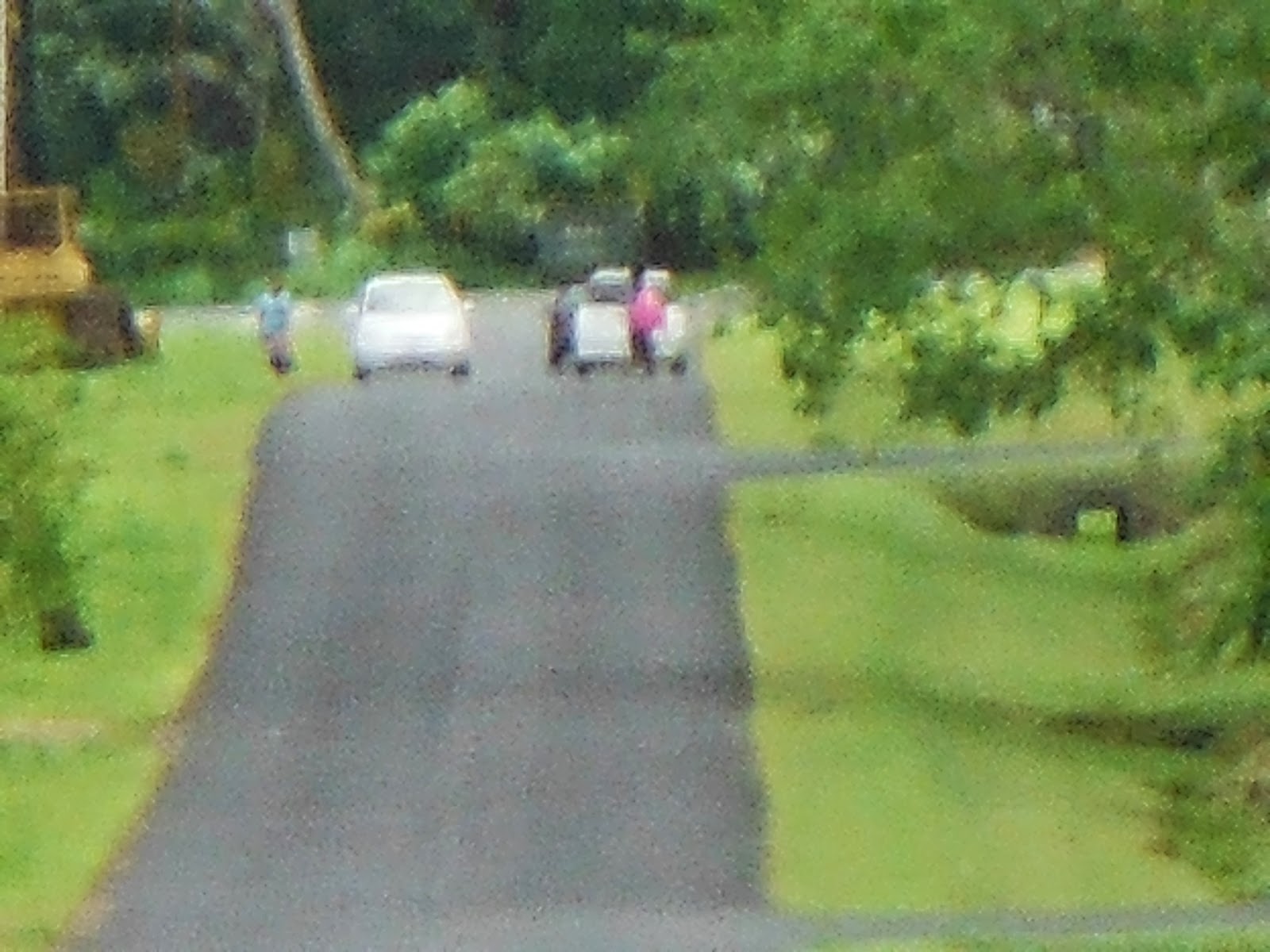 Gisele on the left, telephoto shot. The presence of cars near her was a visual distraction but did not affect the sound quality at 523 meters. 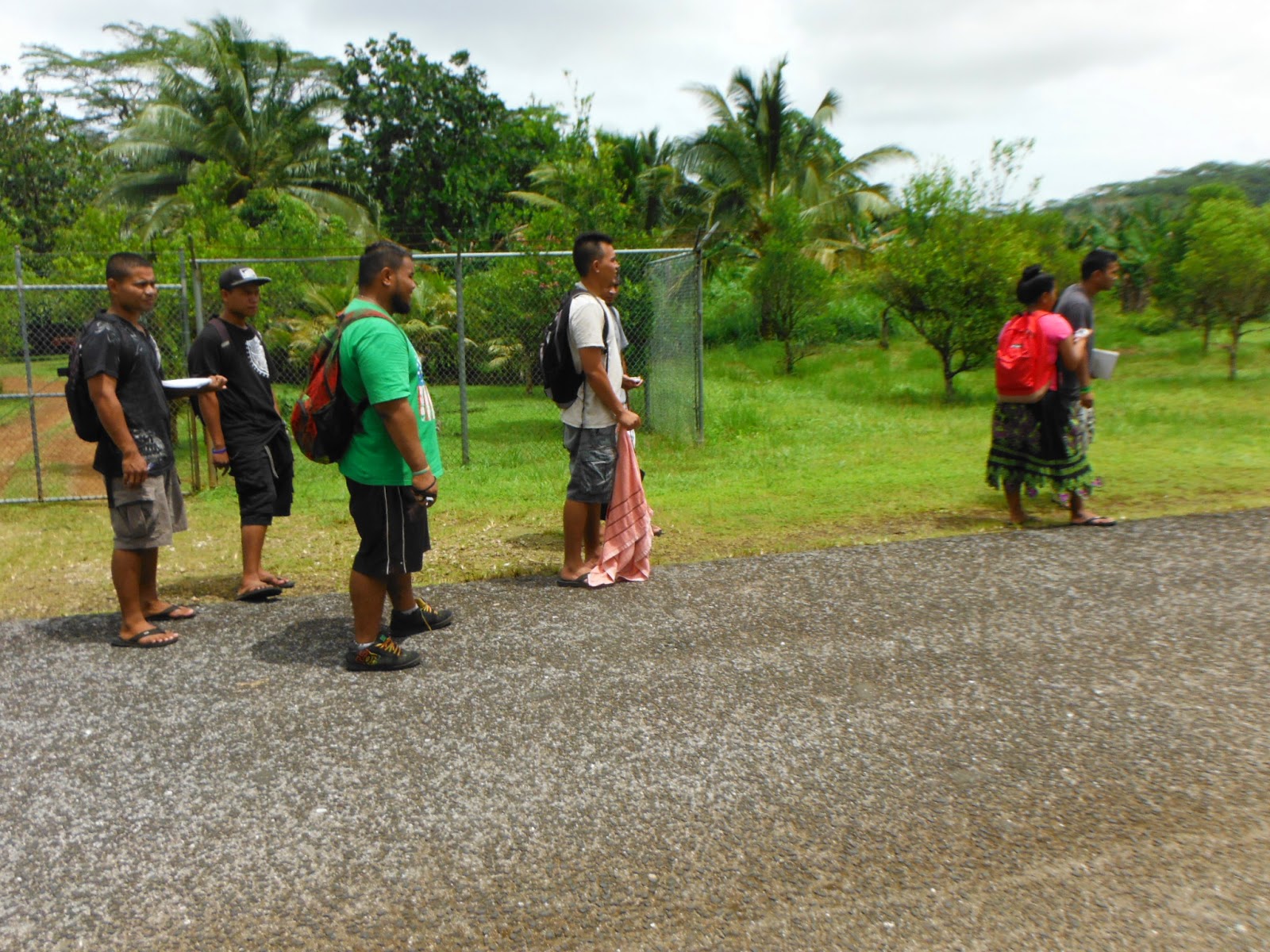 523 meters was out near the agriculture unit.

The data gathered can be accessed at:
https://docs.google.com/spreadsheet/ccc?key=0Av_gxD_aPHT7dGgxSUlENUppY19RaWxWNThnUHFkOWc&usp=sharing

The temperature was around 28 Celsius, so speeds of up around 350 m/s can be expected.
physci