March 17, 2015
I put the population mean distance from the building on the board, 600 centimeters. Then I told the students to make a paper airplane and throw the plane from the second floor porch. 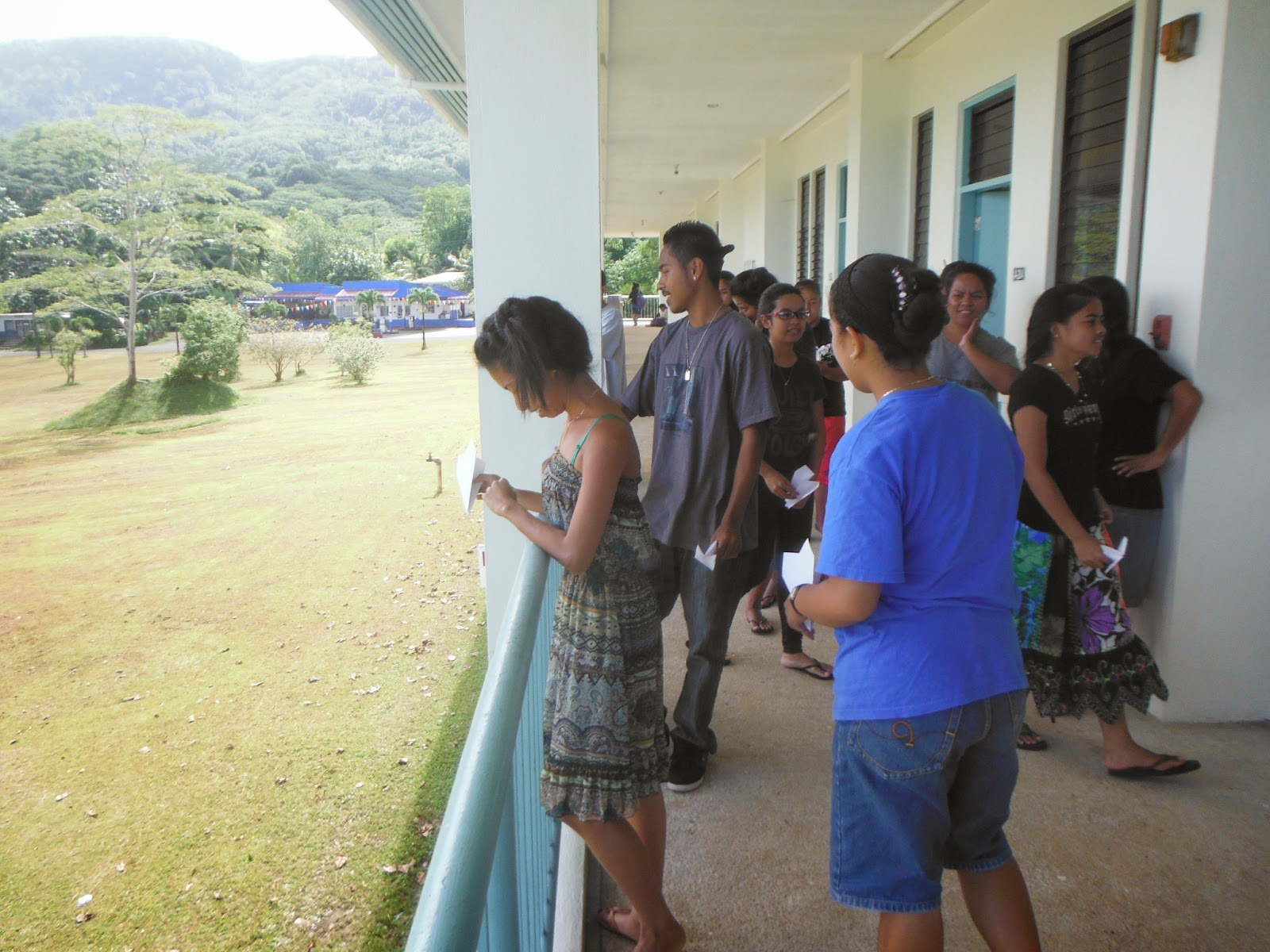 I did not tell them how to fold their plane nor what kind of plane to make. I told them only that I was measuring the distance of flight from the building (not the flight length, just the perpendicular distance). 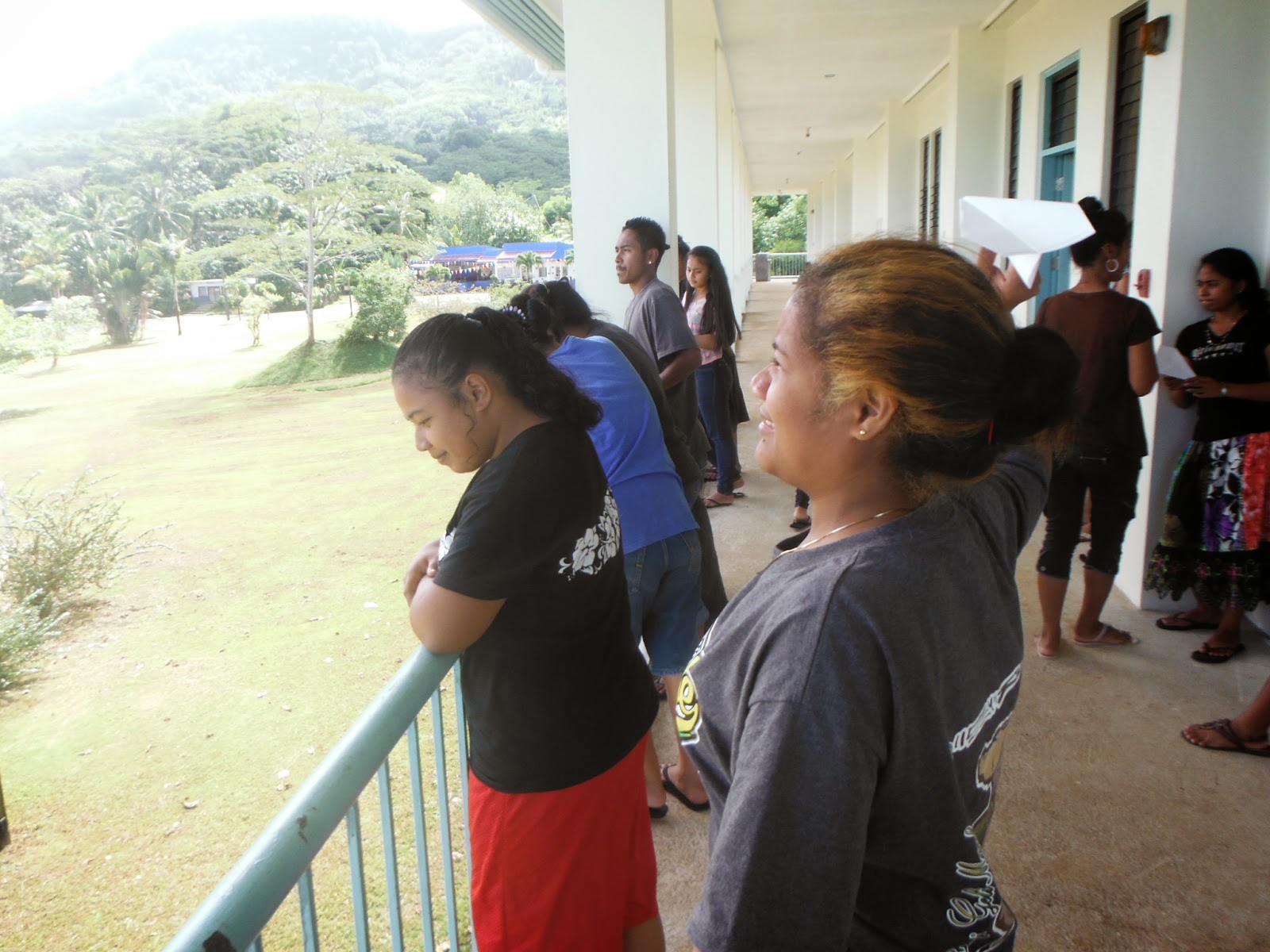 Ugine prepares to launch her plane 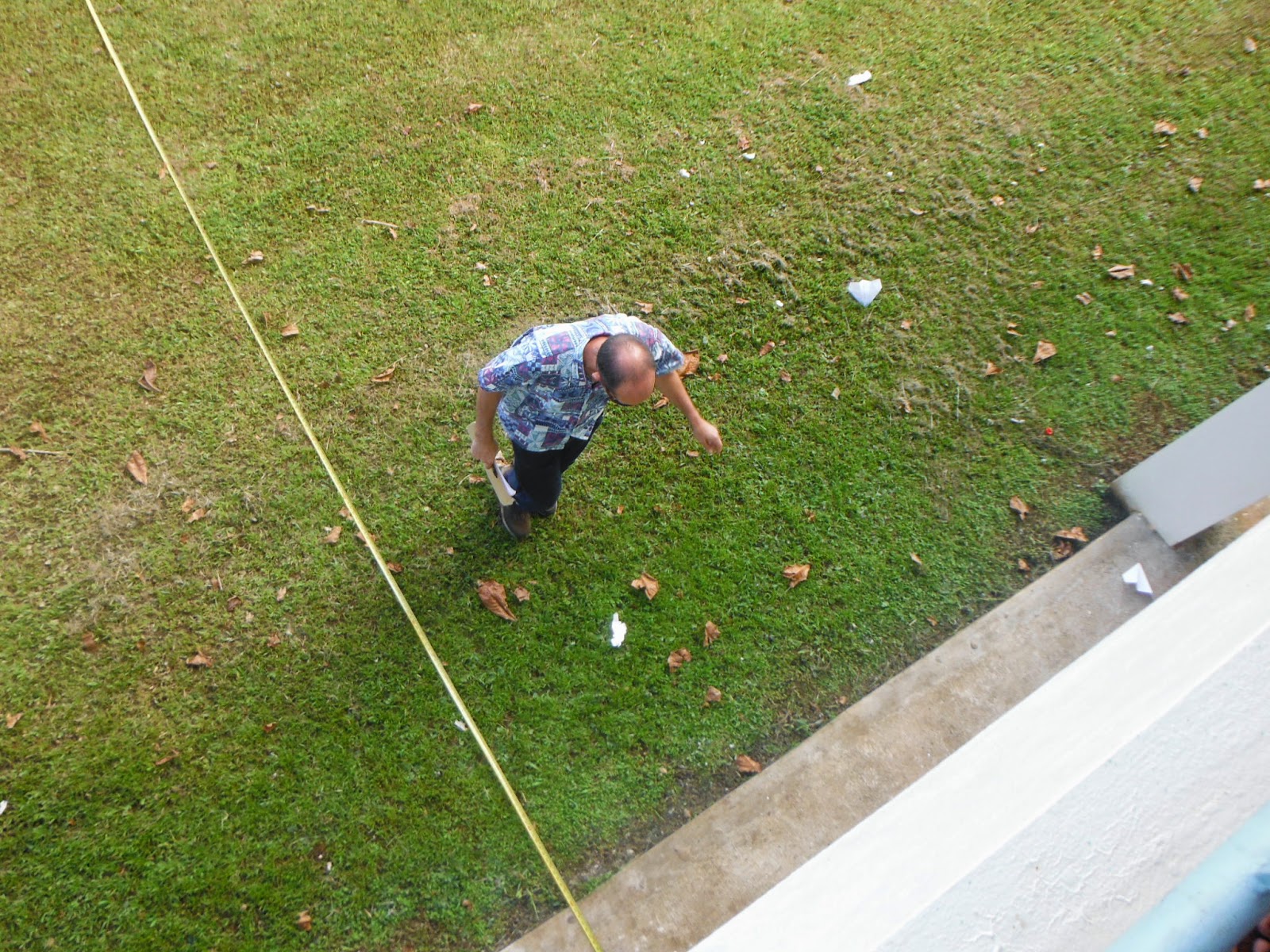 The student's view of the measuring process is obstructed by the glare off of the top of my head. 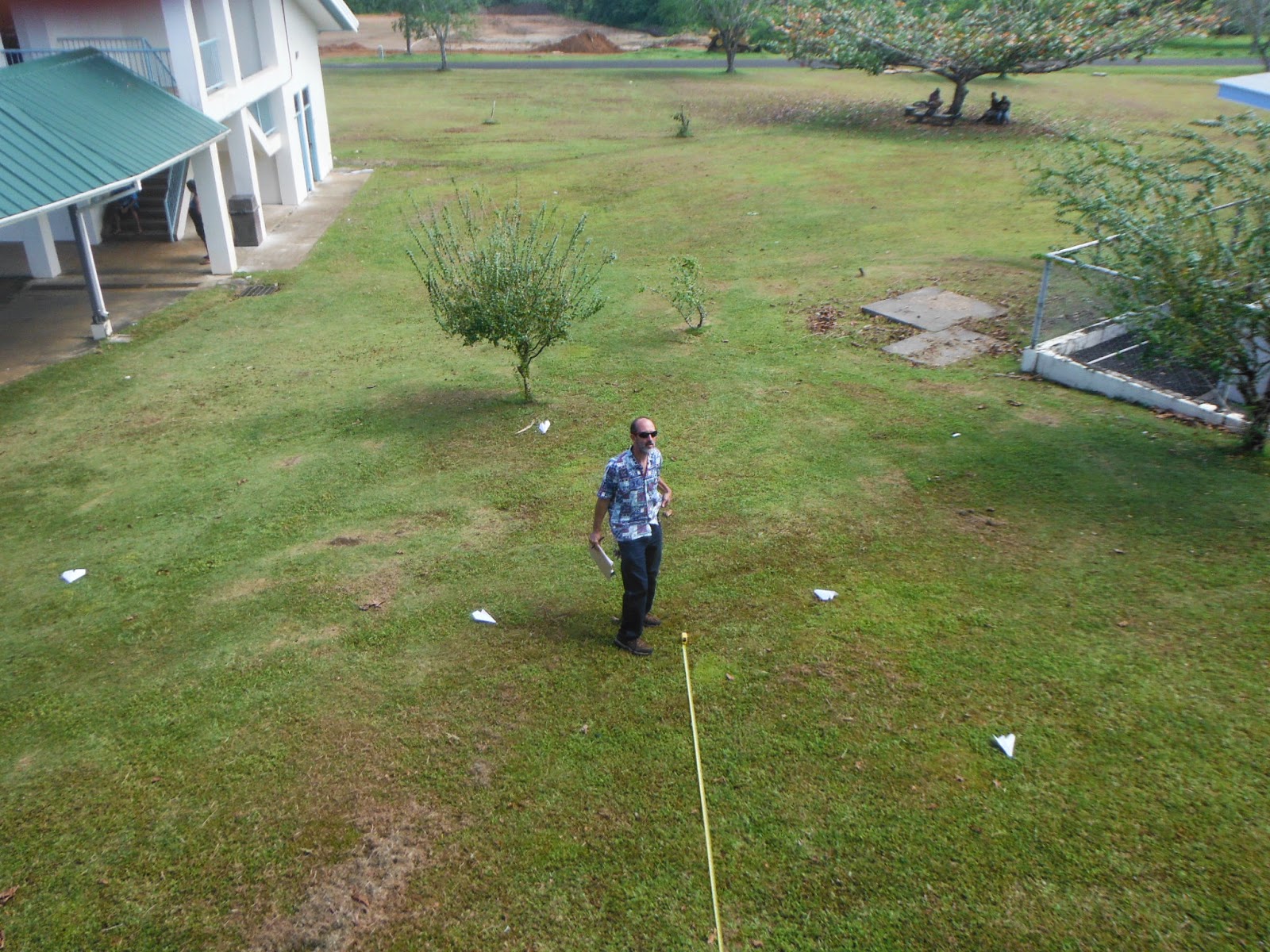 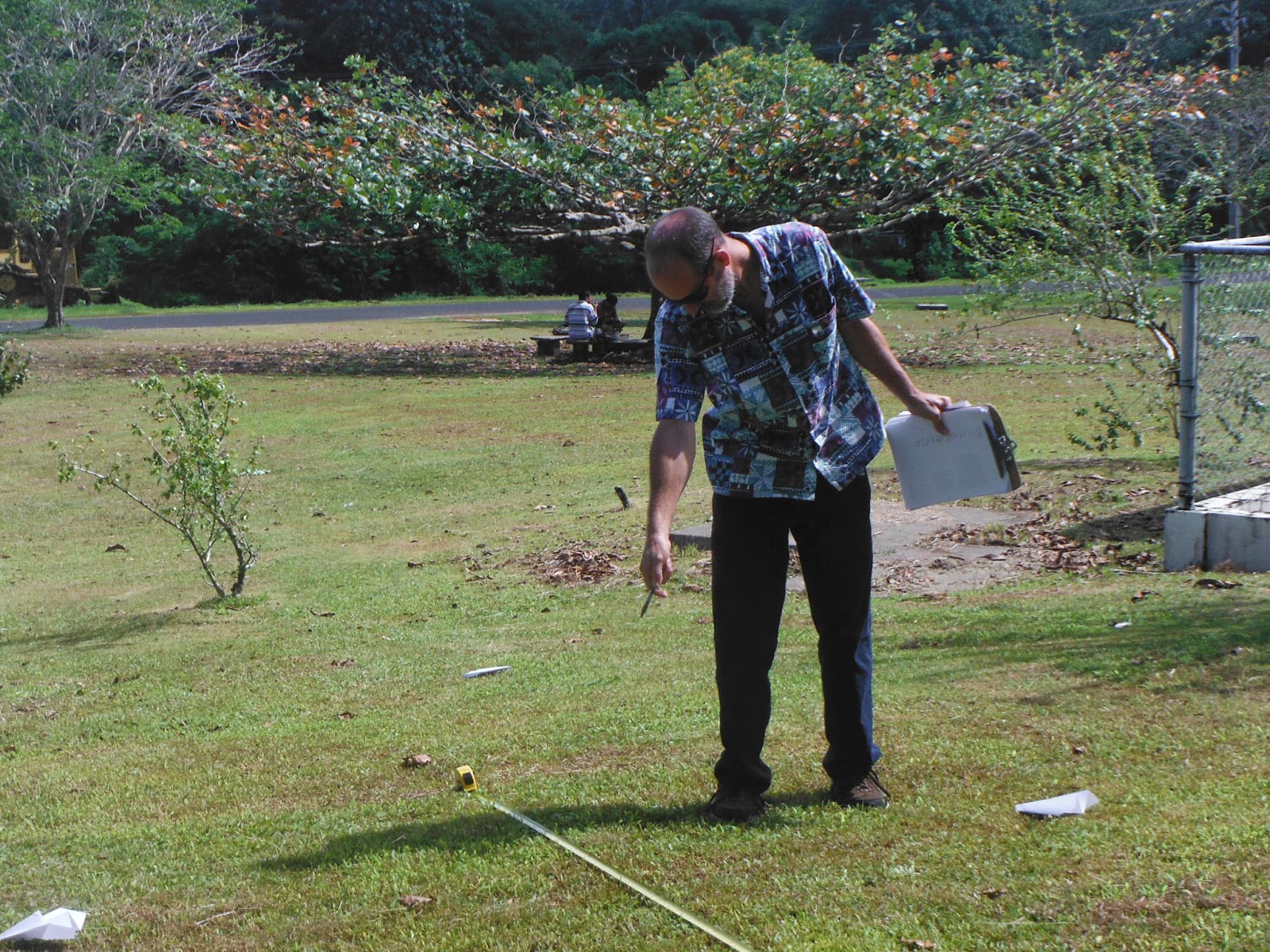 Distances being called perpendicular to the building

In all three sections the 95% confidence interval for the sample mean distance included the population mean as for that section. Details are in a Google Docs spreadsheet.

I always point out that I will manage to do this only 95% of the time. The reality is that the bet is far riskier: wind is a real factor. The prevailing wind is a headwind. I try to shift this activity to a sunny windless day. I was fortunate that Monday was sunny and windless. Too much headwind and the planes fly back under the porch and generate the negative distances seen in the spreadsheet. In fact, I suspect that the planes which curve back and generate negative distances help in the capture of the population mean. This is a system with an inherently high coefficient of variation, making capture of the population mean all that more likely. That said, my being able to "predict the future" makes for a nice example in statistics.