The ins and outs of marbles

February 12, 2015
Laboratory four has evolved into the laboratory in which I really do not know exactly which approach I will take until I walk in the door. That may sound horribly unprepared, but careful planning has sometimes yielded strong learning experiences and other times, even when exactly repeated, has gone flat and left the student either confused or filled with misconceptions. The basic structure of the laboratory remains the same term to term, but subtle changes in the way the material is introduced appears to have large effects on where the students take the laboratory. 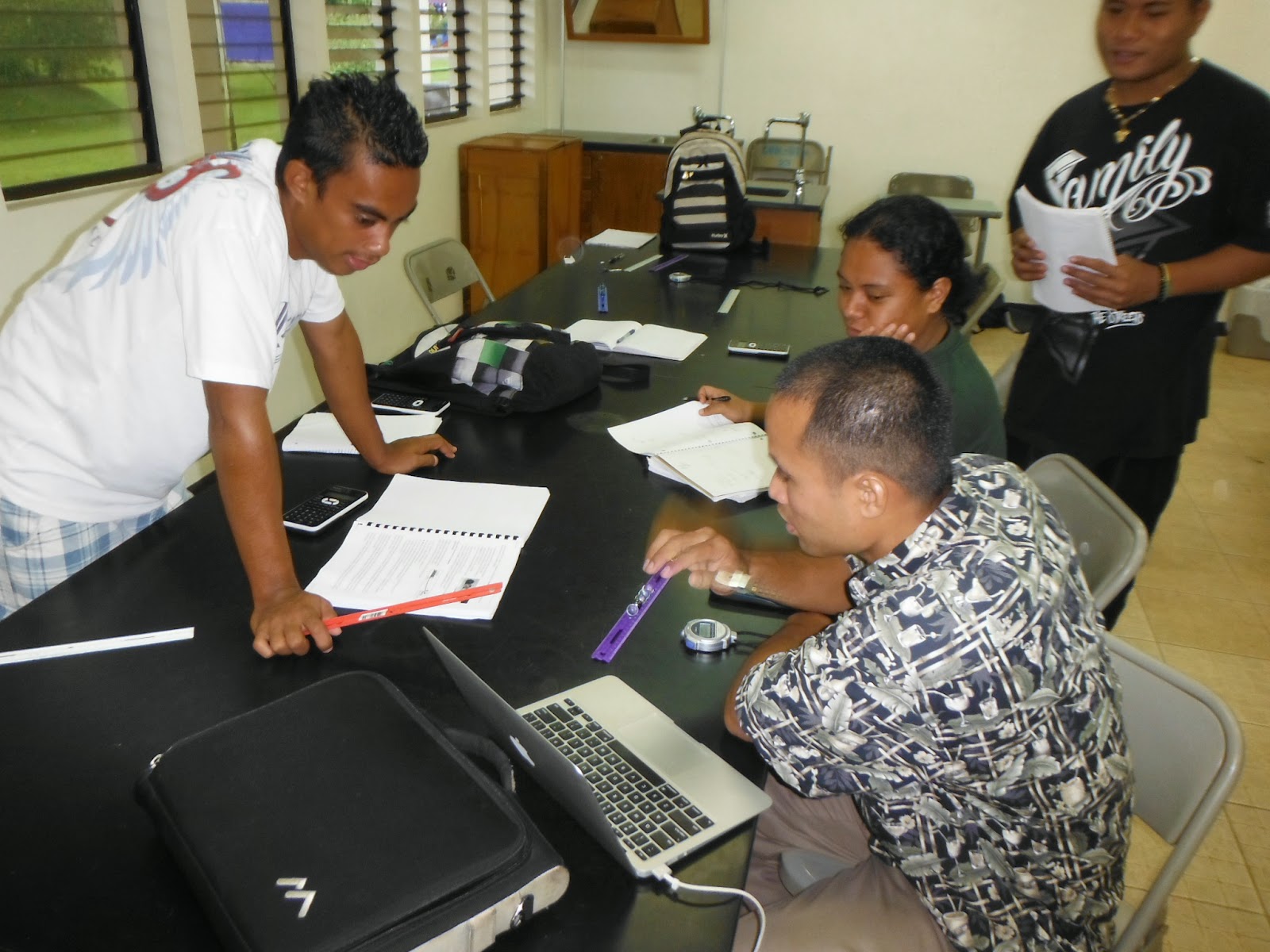 Whether the laboratory floats or sinks depends heavily on small group dynamics and interactions among the students. This is delicate group behavior and interaction territory. 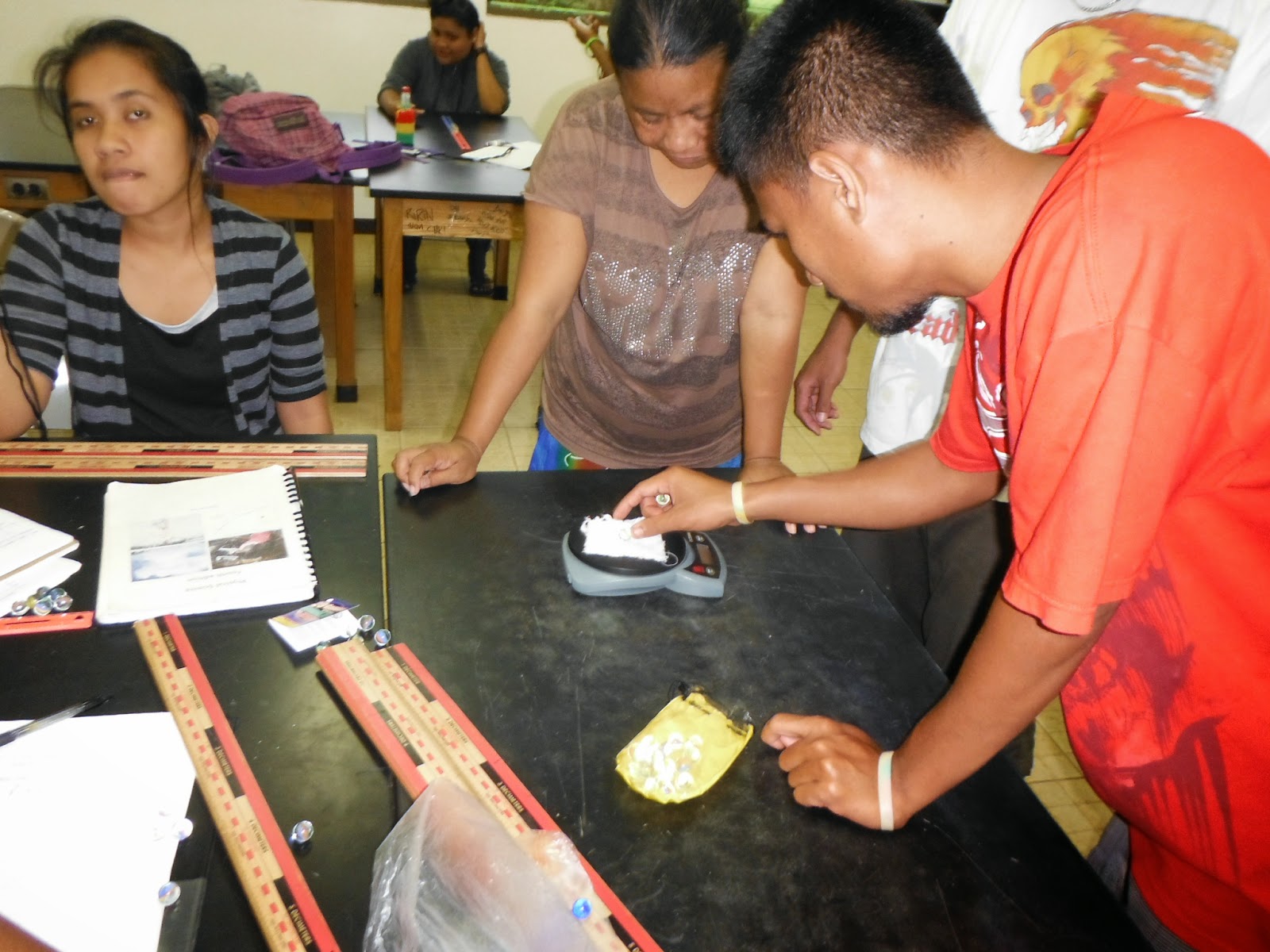 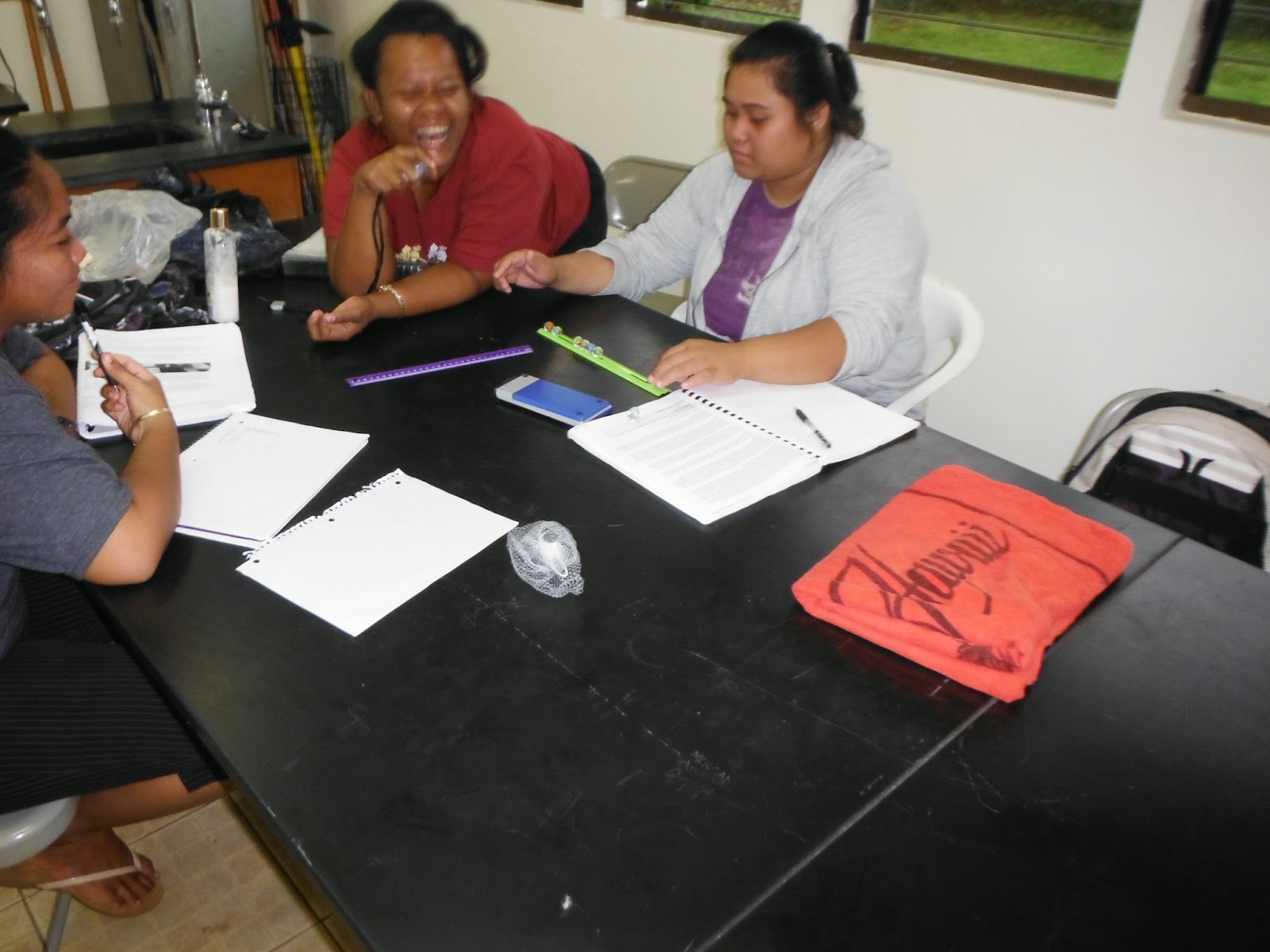 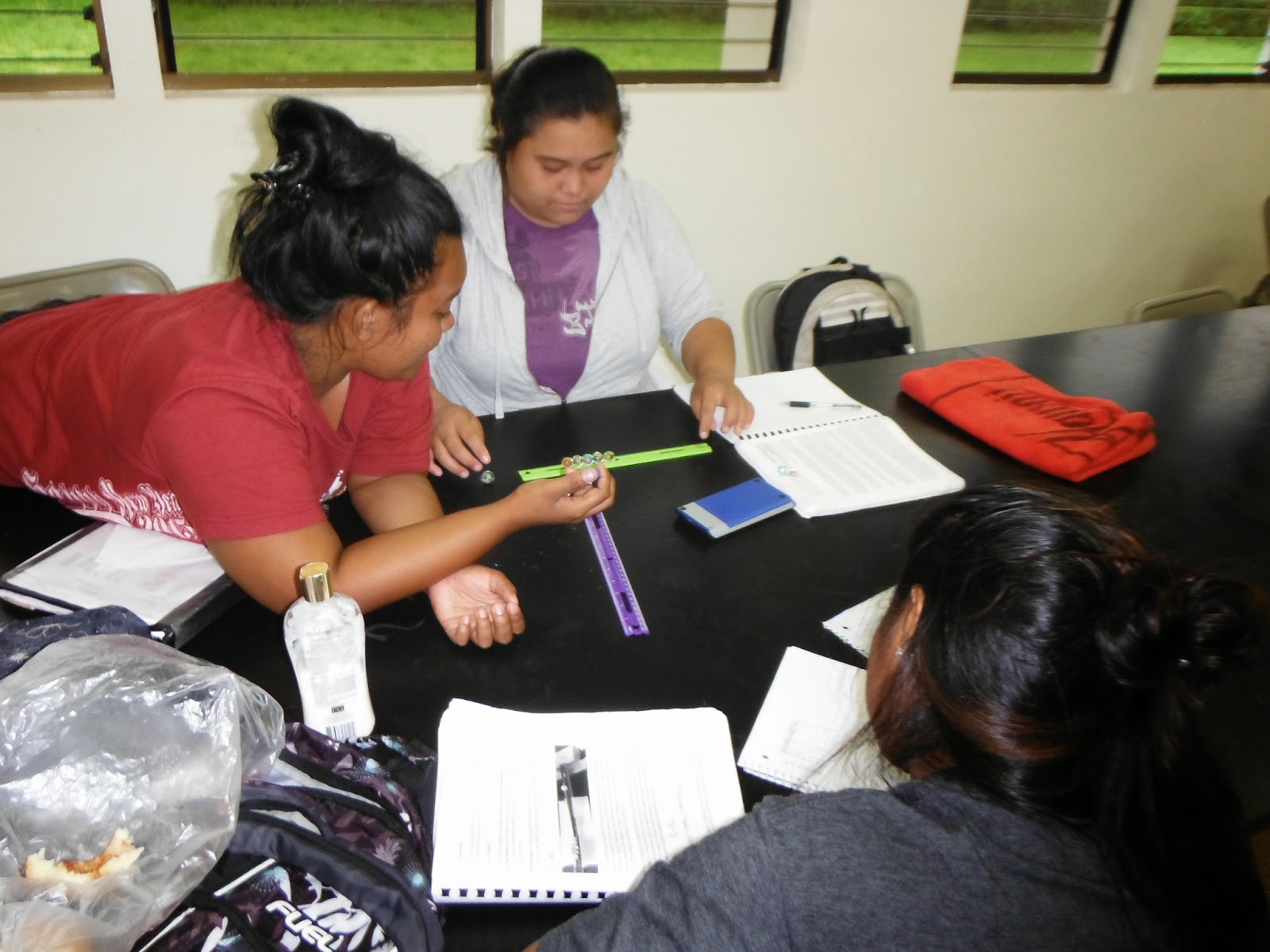 This approach, a no presentation, no demonstration, lead in actually worked rather well at 8:00. In the slow fog of the early morning, the students tested theories and found measurements to make. The lack of lead in generally helped and they wrestled with the concepts that whirl around the conservation of momentum. 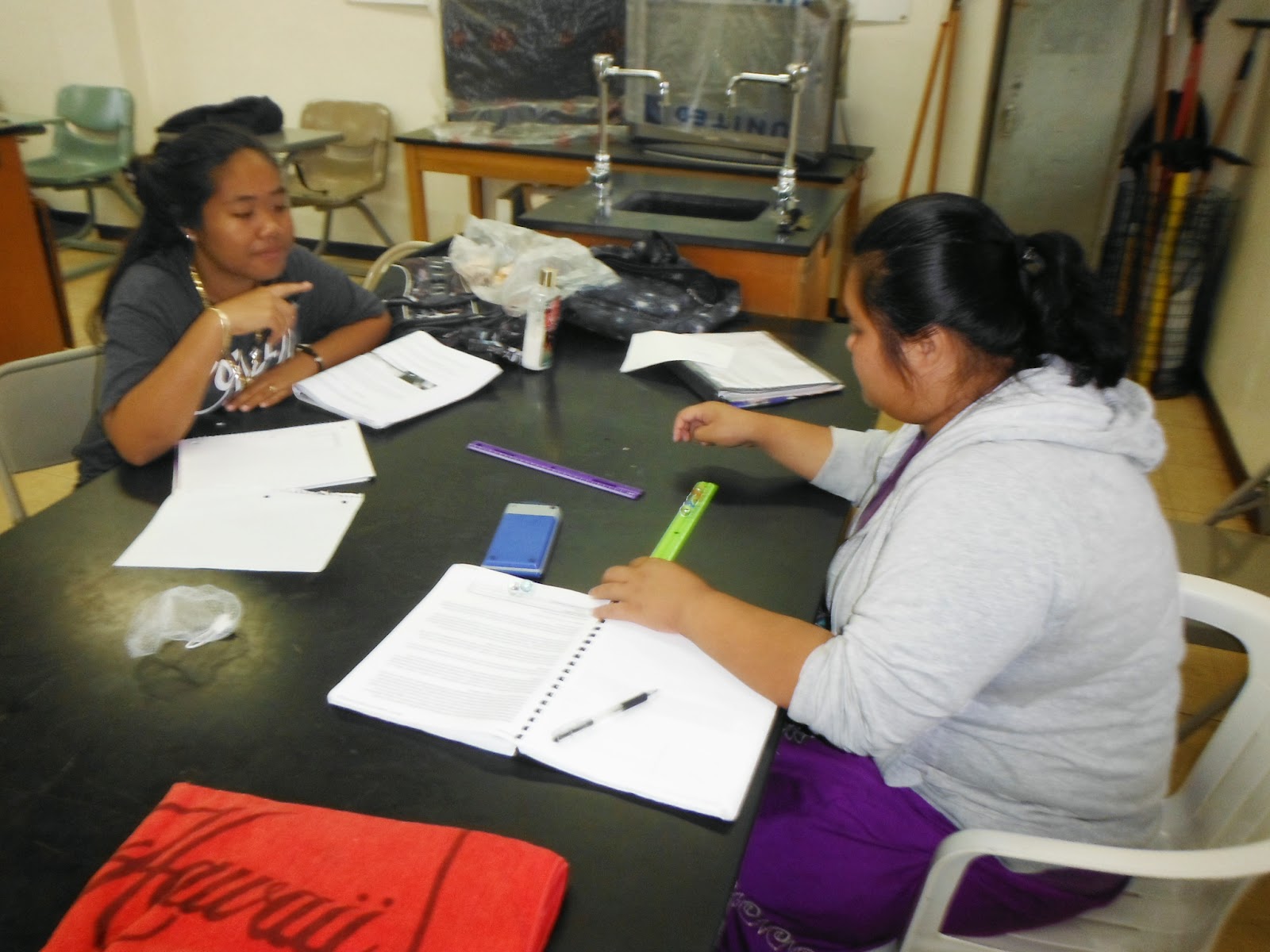 This less structured front-end to the laboratory led to good explorations. The groups were working so diligently that I opted to let the groups work through rather than to stop them to do the presentations to each other that the laboratory has featured in some other terms. 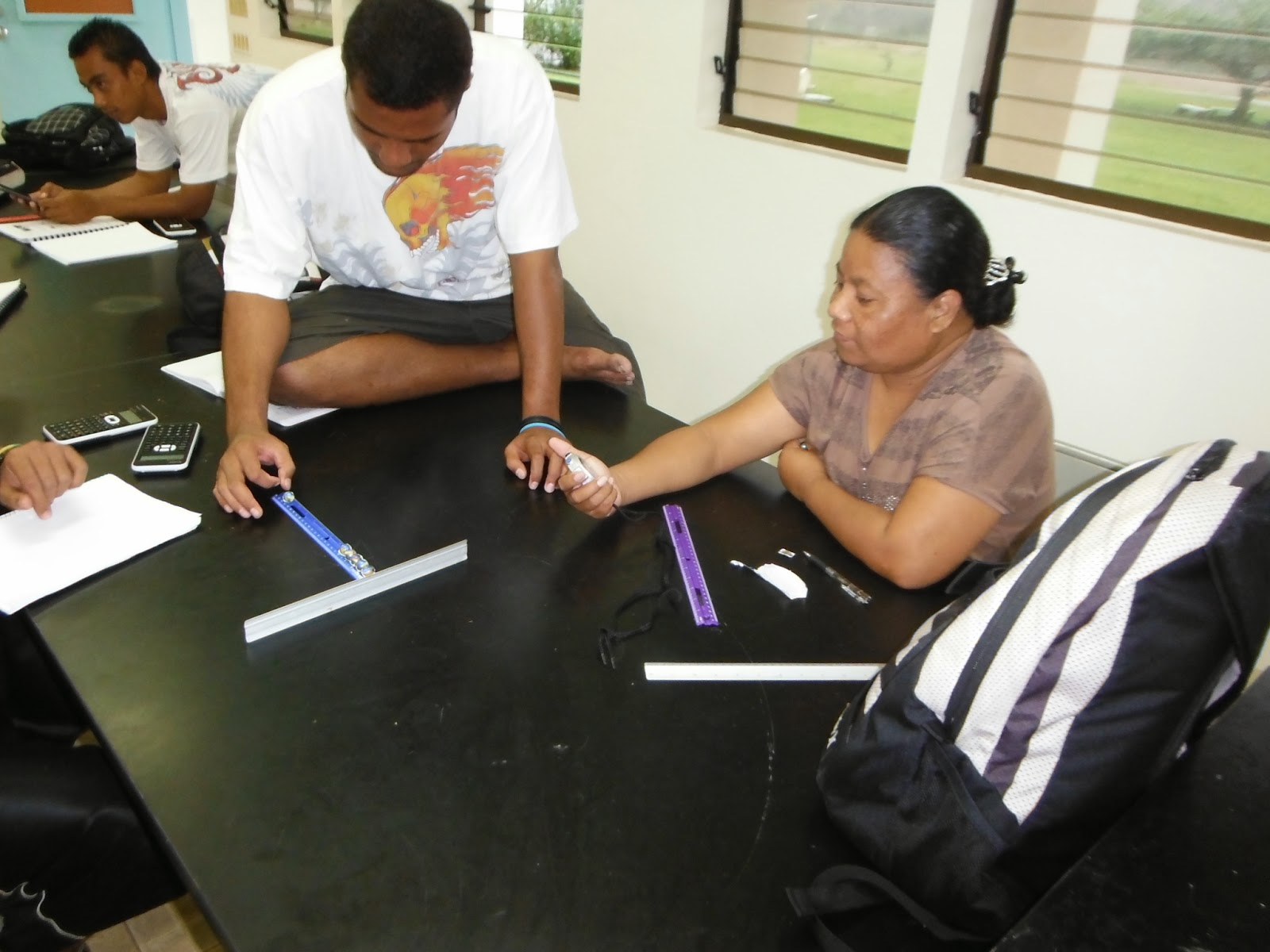 In the afternoon, however, the groups were less successful and many students - based on the lab reports - came away with misconceptions and confusion. Some groups became focused only on obtaining an inbound speed, to the exclusion of measuring outbound speeds. Another group sought to prove that mass was connected to speed achieved when the marble rolled from a variable height. 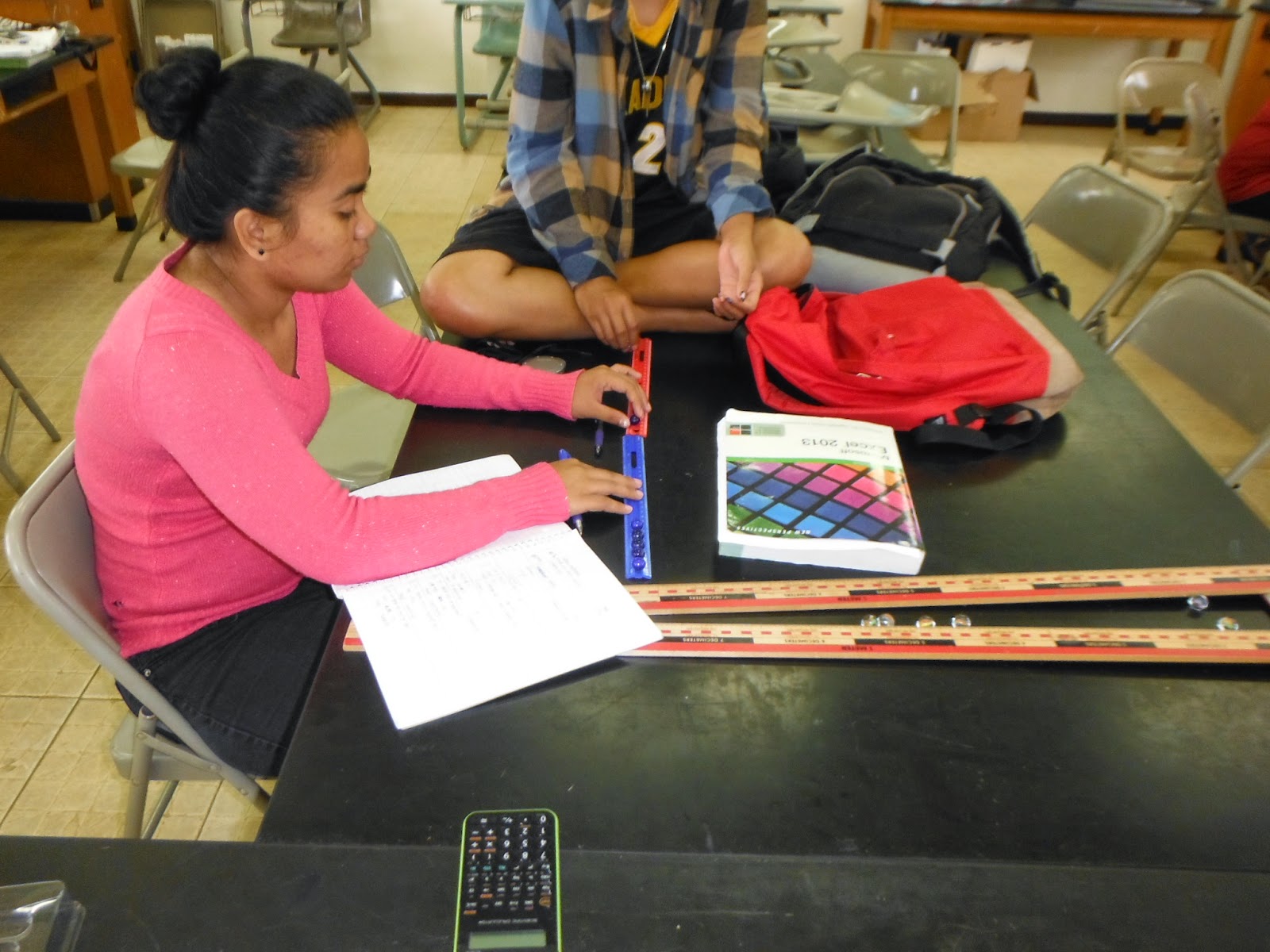 I did not mention the text book in either section. I did not want the students to simply "fill in the blanks" in a pre-built table. 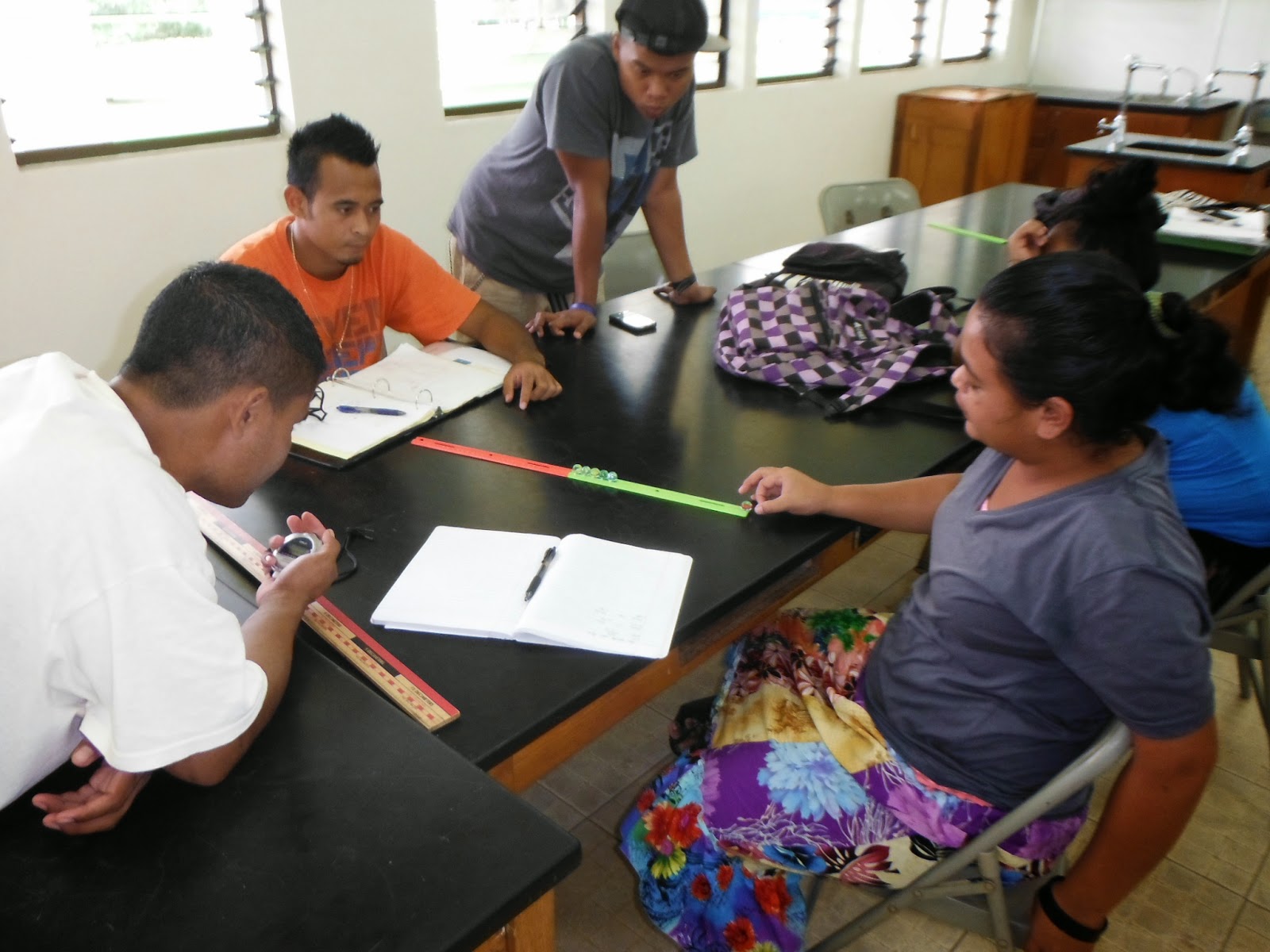 Both sections contain students with a willingness to explore a system and strong enough academic backgrounds to do so in a productive manner. 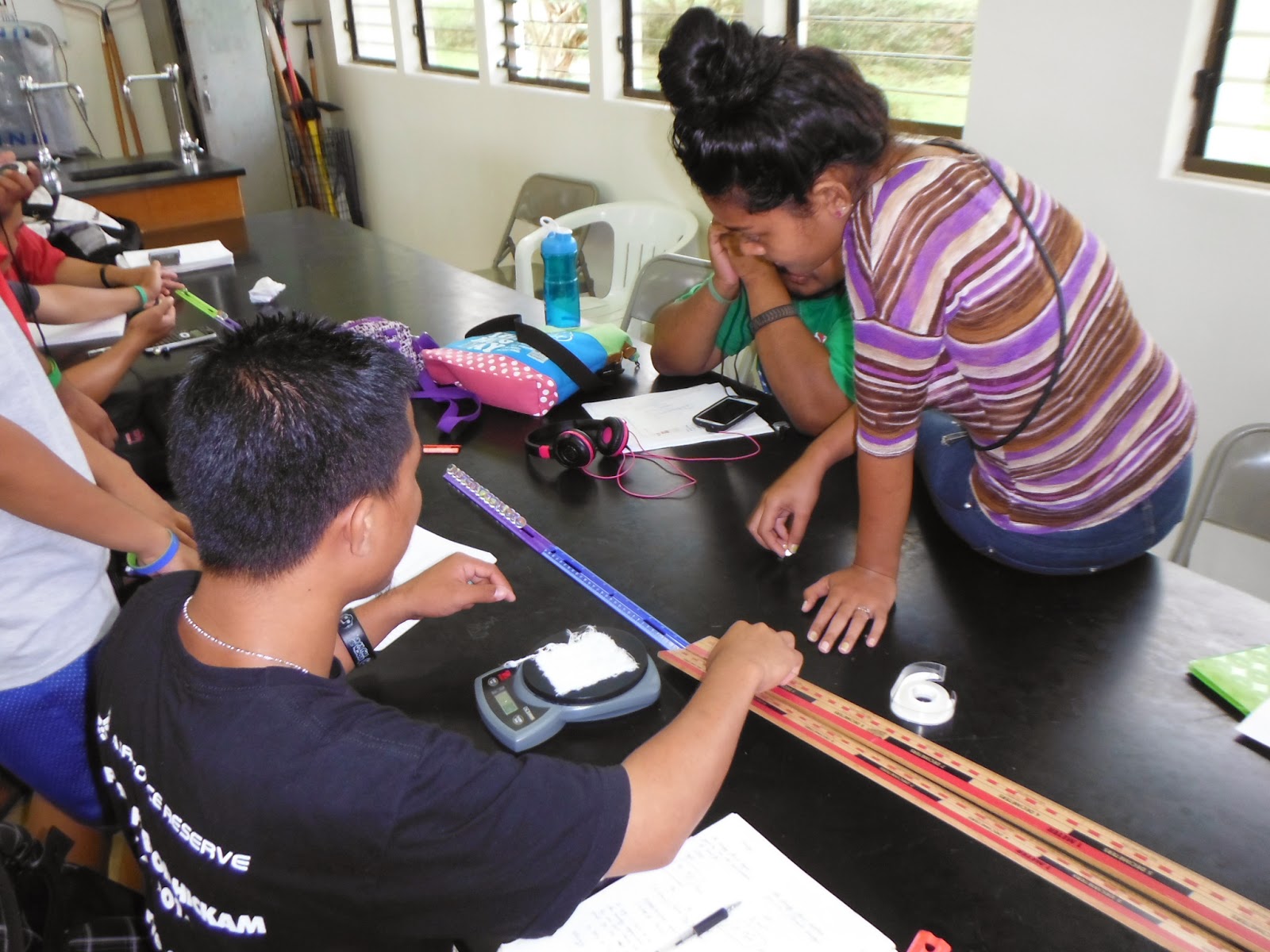 Overall I think this approach worked well this term as an open exploration of a new system and a search for a mathematical model. The reduced structure allowed the students to be more creative. The structure is worth repeating in the future. 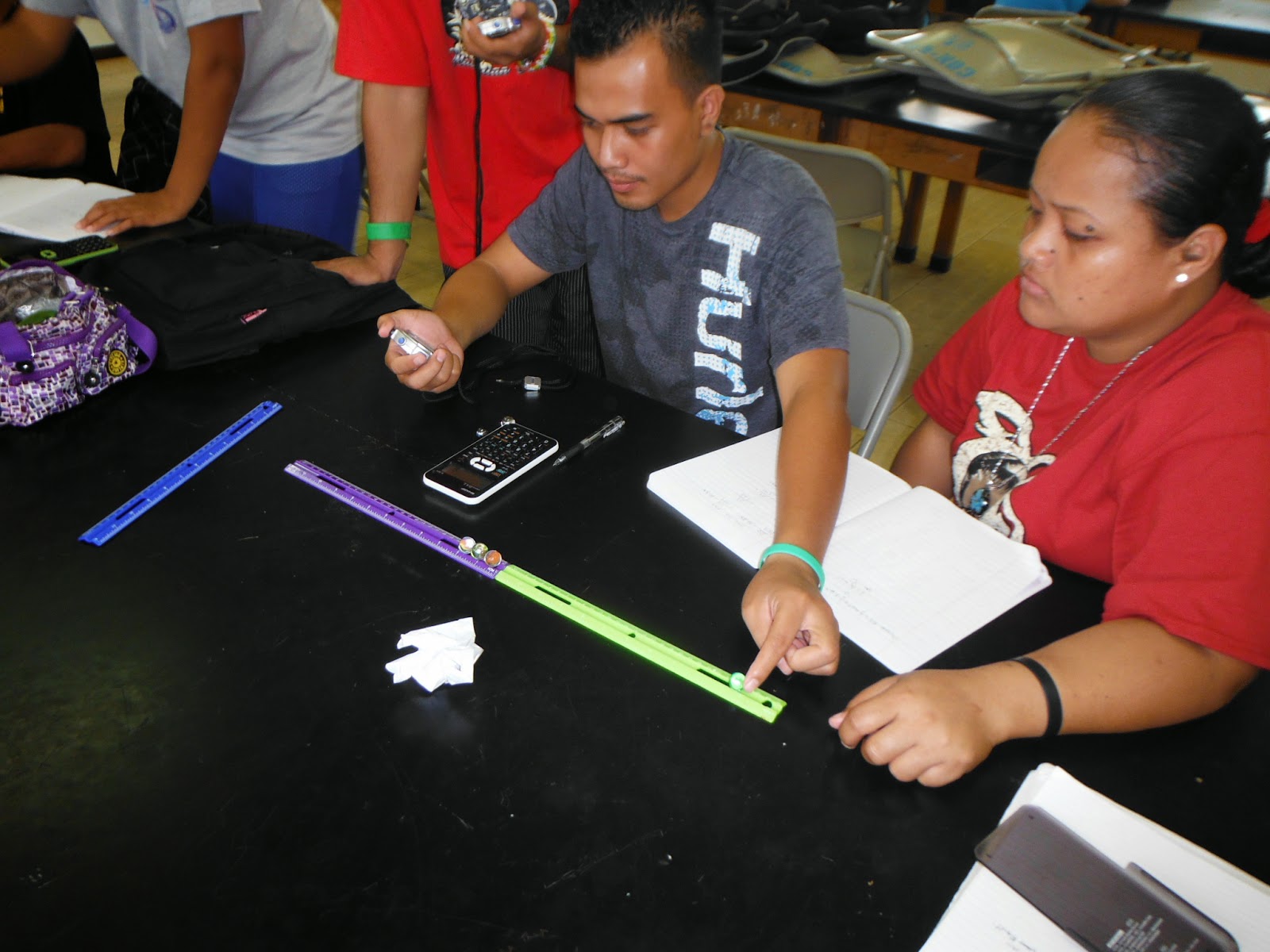 Tyrone Rodriguez and Lesleena Iriarte attempt to time marbles in and out. A second timer for the outbound marble is in the background on the left.