071 Search for and rescue the instructor

February 25, 2015
On Monday I demonstrated how to turn on a Garmin eTrex GPS unit and to navigate to the screen with the latitude and longitude. On Wednesday I hid at: 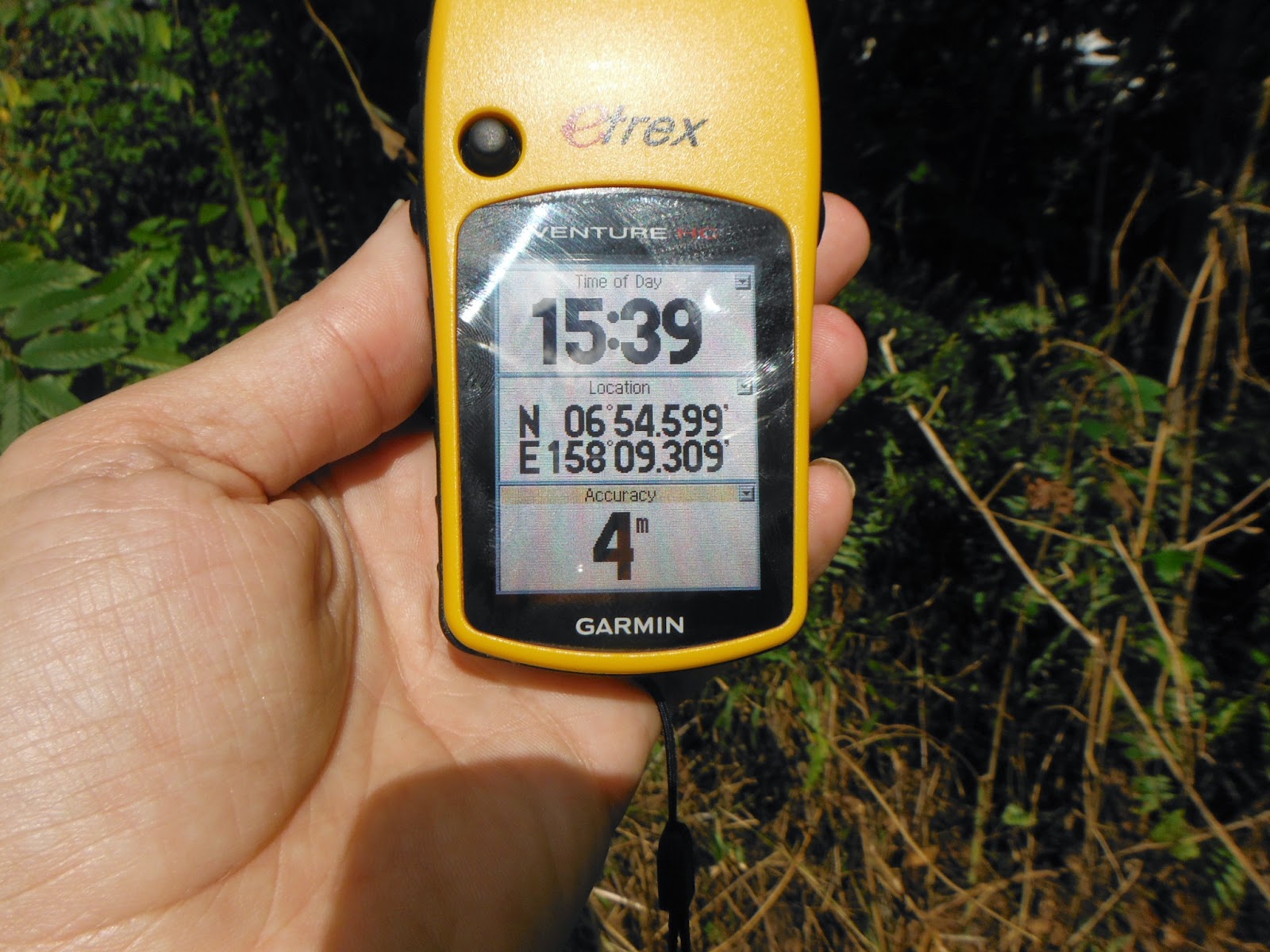 The view from my hide was not all that wonderful. 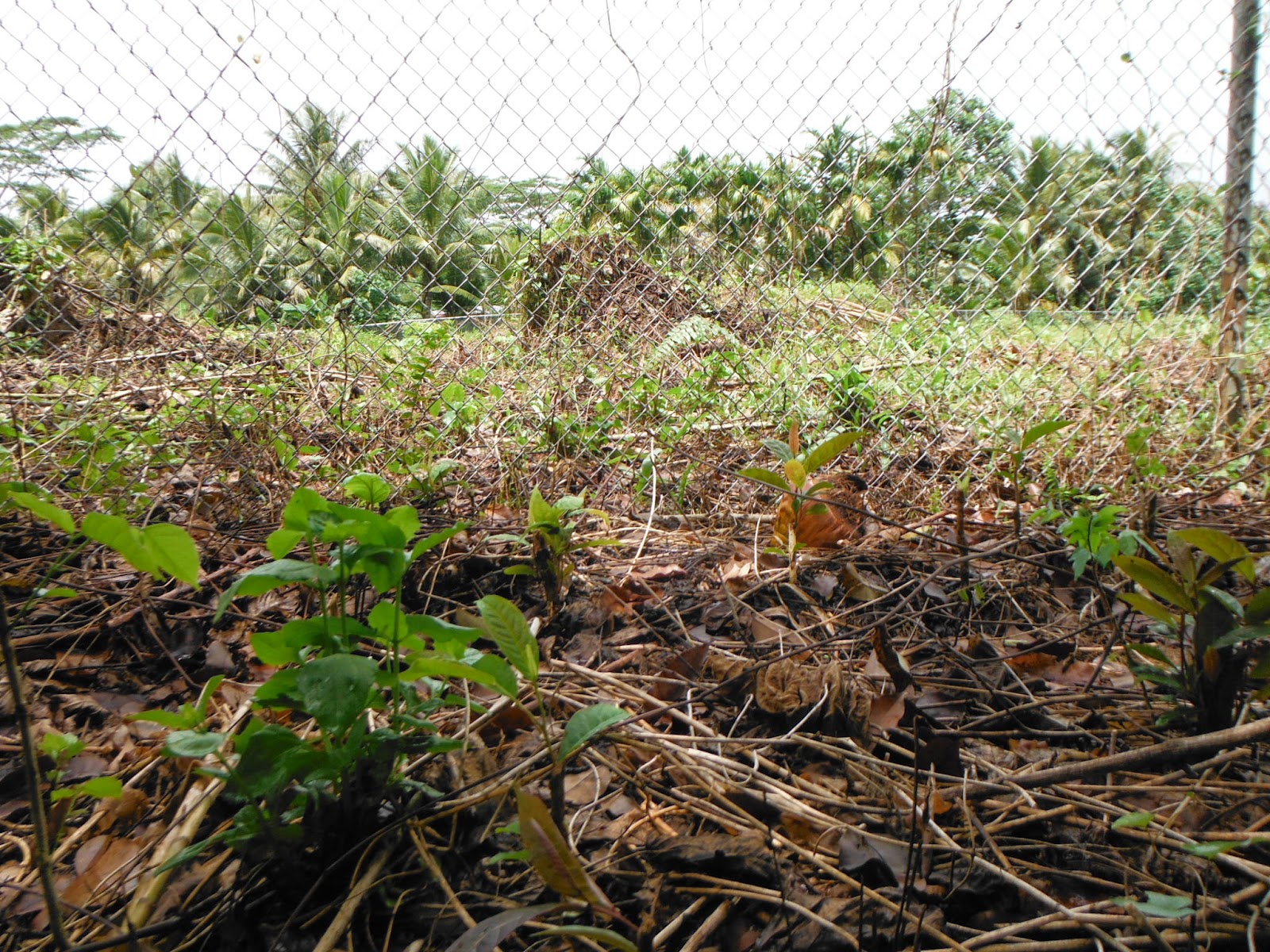 By 12:15 I heard search voices. While not the fastest time, this was still a fairly fast time. The first group to find me had walked the road until the east coordinate, E 158° 09.309', was correct. Tyrone had noticed that the north coordinate, N 06° 54.599, increased along the road - the road is slightly southwest/northeast in orientation. With the north coordinate having climbed to too high a value, Tyrone knew to turn left and lead his group south. Working alongside him was Joemar with a second GPS unit. 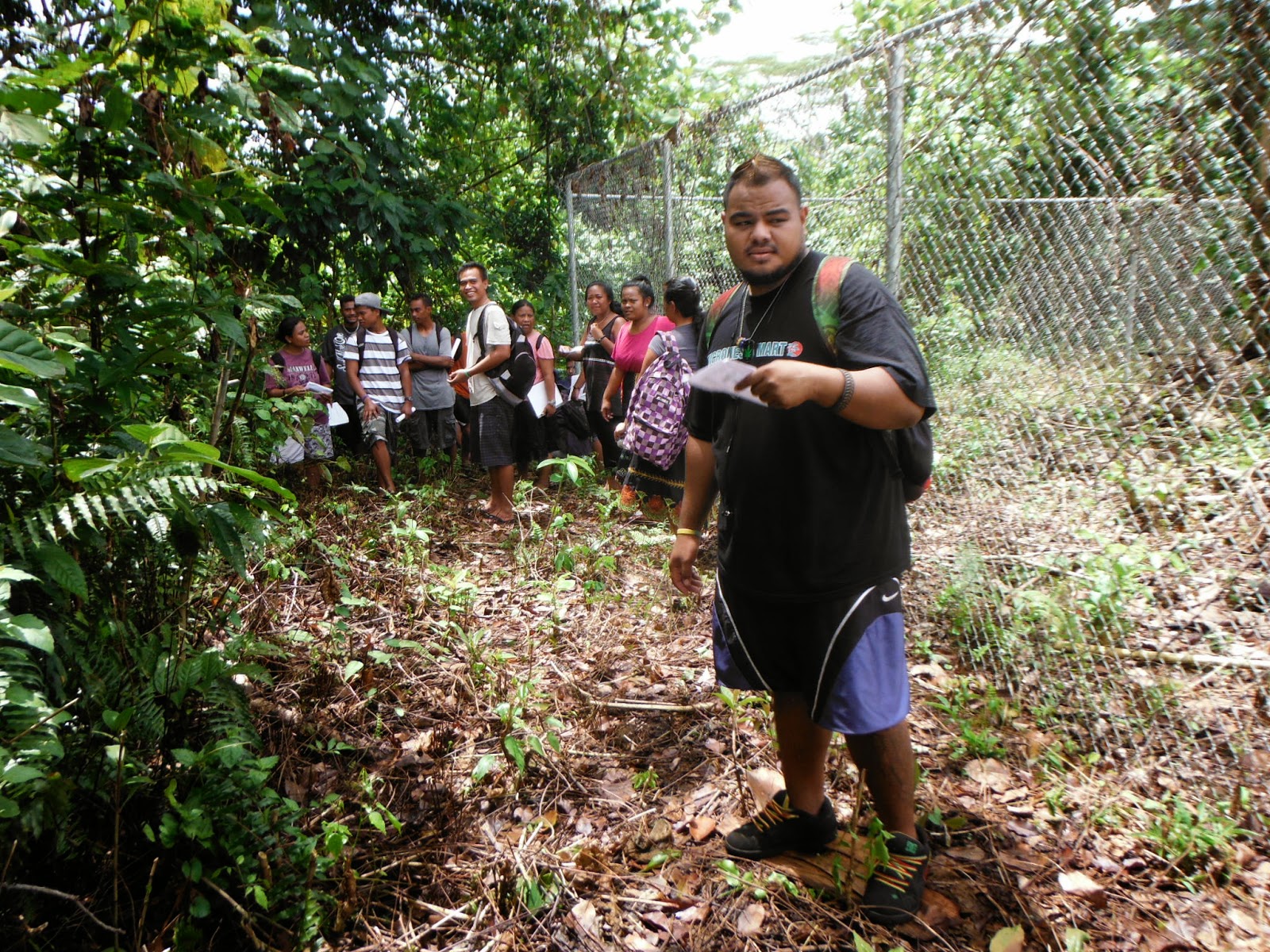 The second group to arrive was led by Lesleena. She led the group west. Once the north coordinate was correct, she then kept the north coordinate constant and walked due west. This route took longer than the road as she was moving cross country, off road. That said, they were mere minutes behind the lead group. 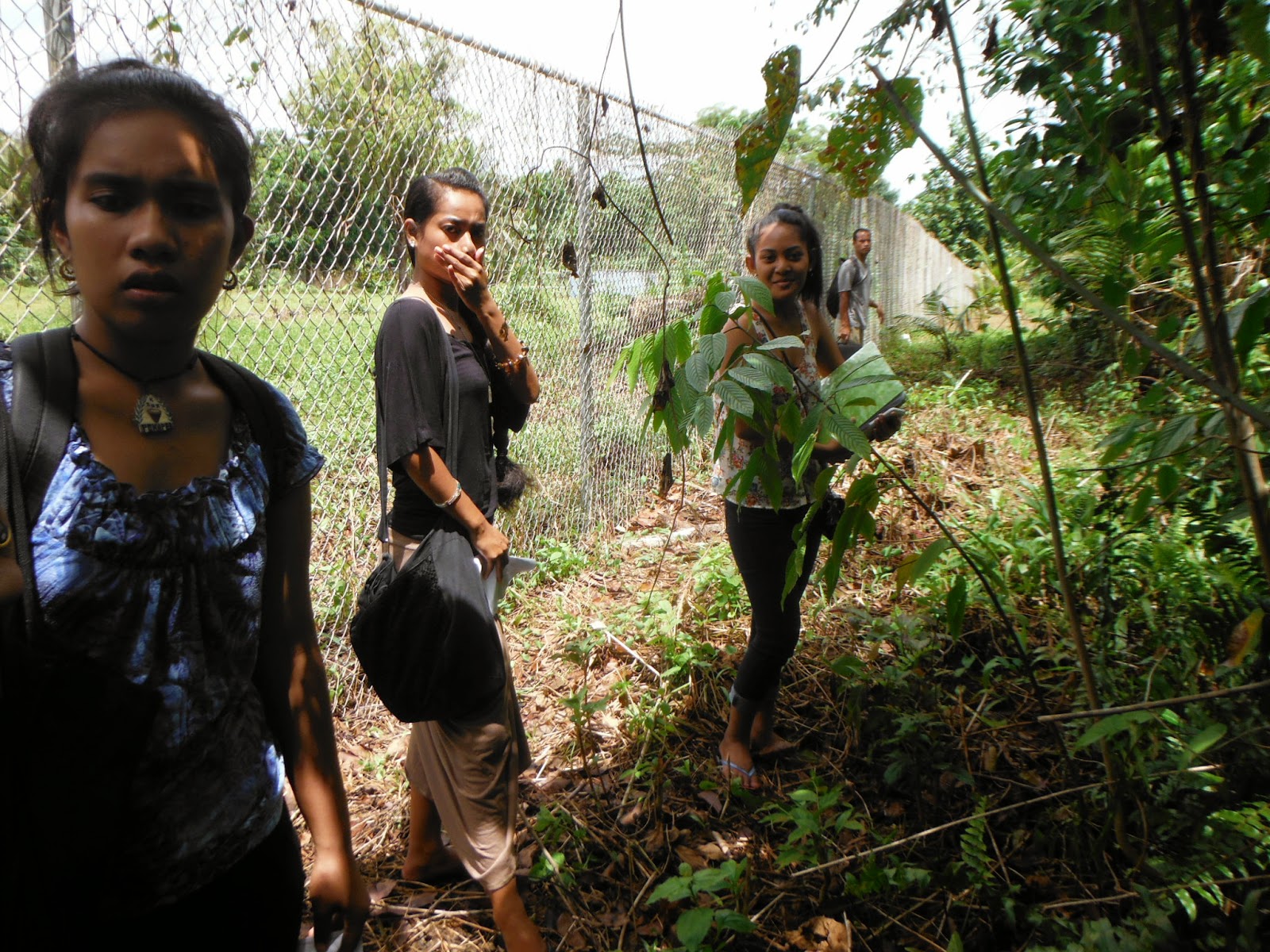 The last group inbound was a group that had been led by Midson. Upon reaching the gym Midson had wanted to continue west, he could see that the east coordinate was not yet correct. The group apparently mutinied, possibly unwilling to head into the bush west of the gym. According to Midson others in the group took the GPS and proceeded to circle the gym a few times. Midson then retook control of the GPS and led the group west to my location. 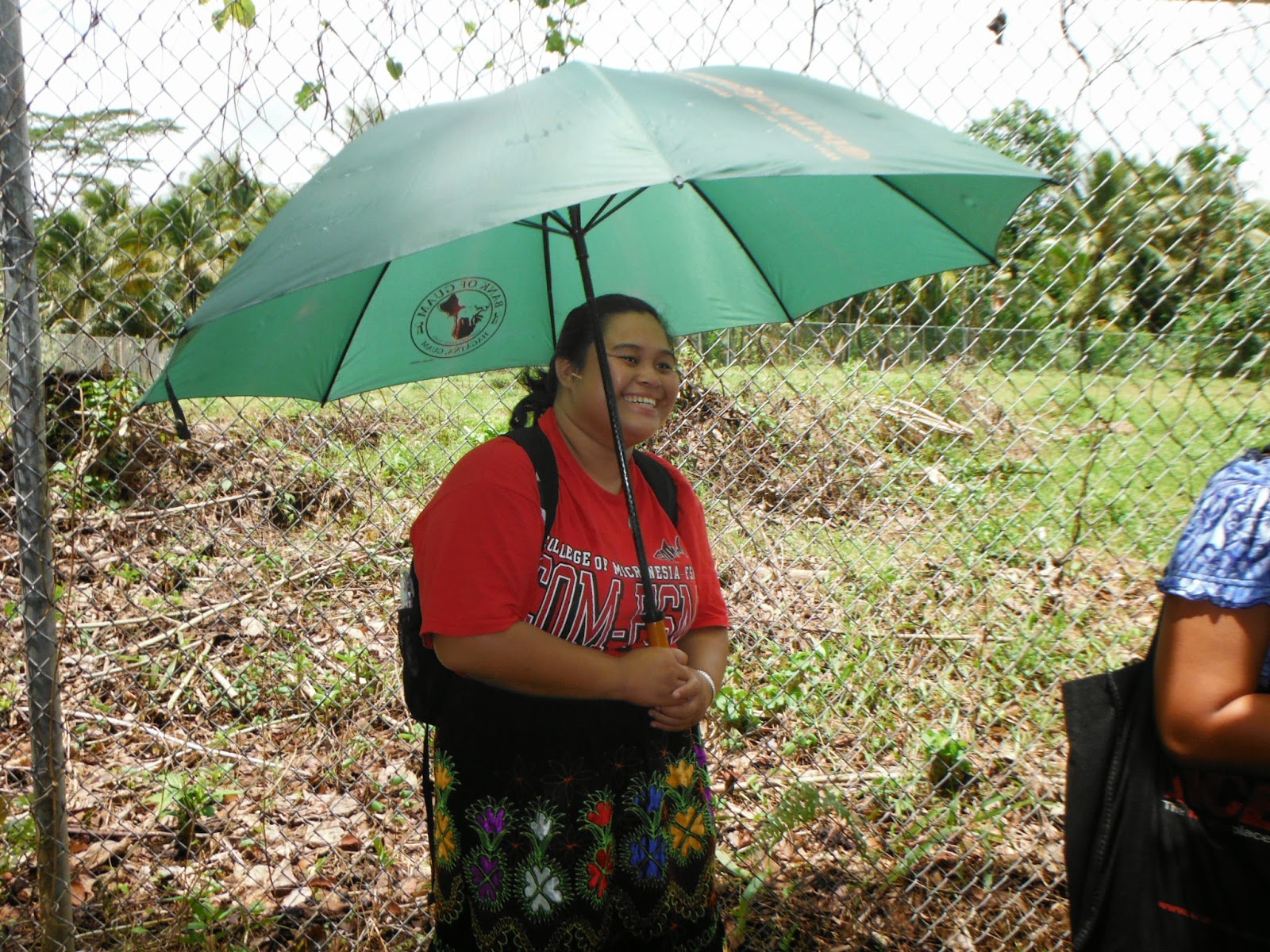 Vancyleen borrows my umbrella as a sun shield.

In the first few terms times as long as 40 minutes were recorded, that is no longer the case. Clearly if I want the times to increase again, then I will have to find more remote locations deep in the tall grass. 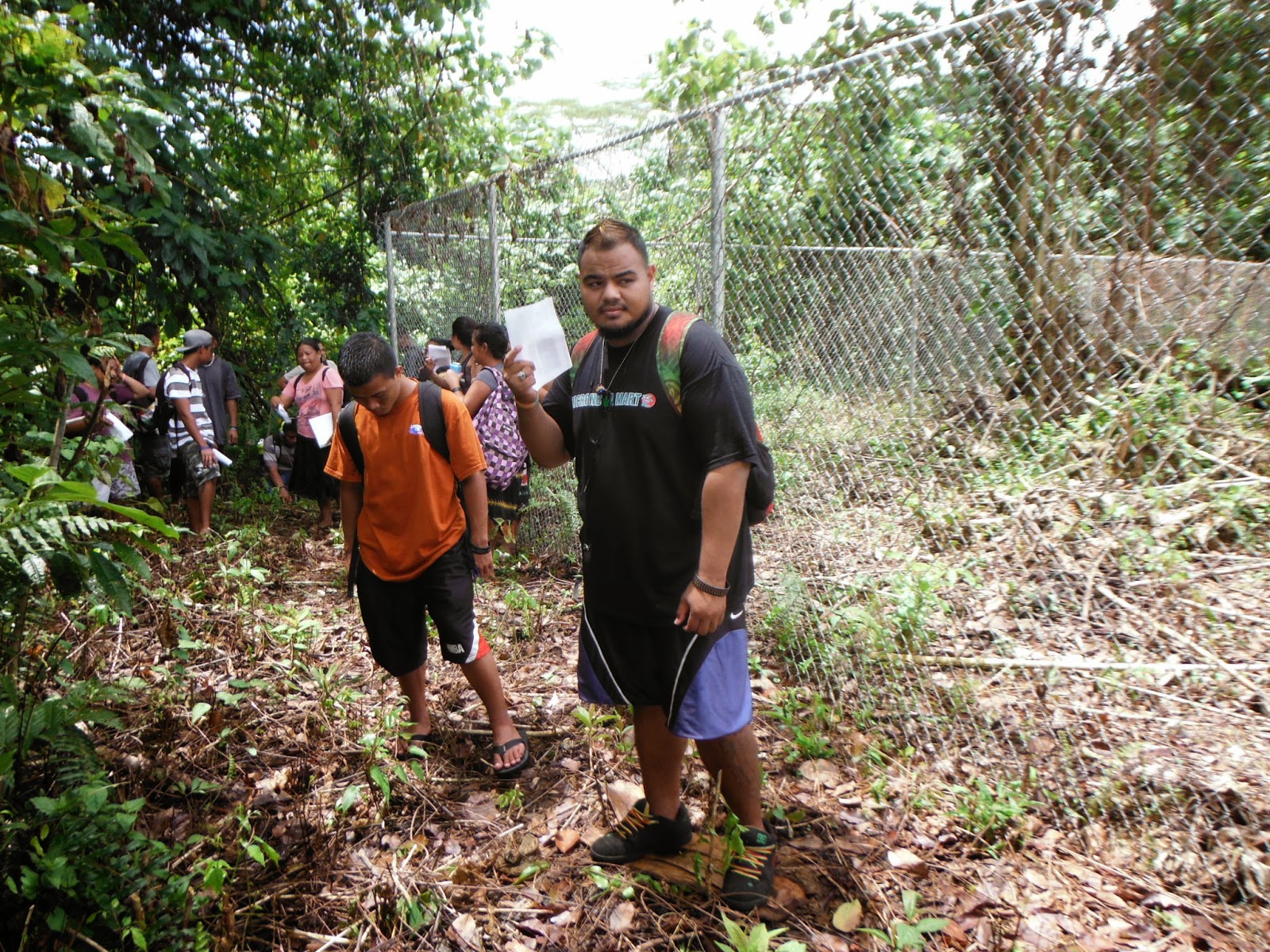 On the way back from the hide the class met Lynnsey, she claimed to be using a GPS in her head to find us. She said she had noted the classroom coordinates on Monday and had mentally calculated that we must be west of the classroom. She then wandered west in search of the class. Amabella later turned up in my office, starting off with an exasperated, "Teacher! Where were you?"
physci