January 25, 2015
As I have been doing for the past few terms, the class made an immediate departure for the field. A brief stop at the transformer near the library provided a chance to cover Nostoc, mosses on the Ponapea ledermanniana provided a quick look at bryophyta. From there the class walked west to the trail. 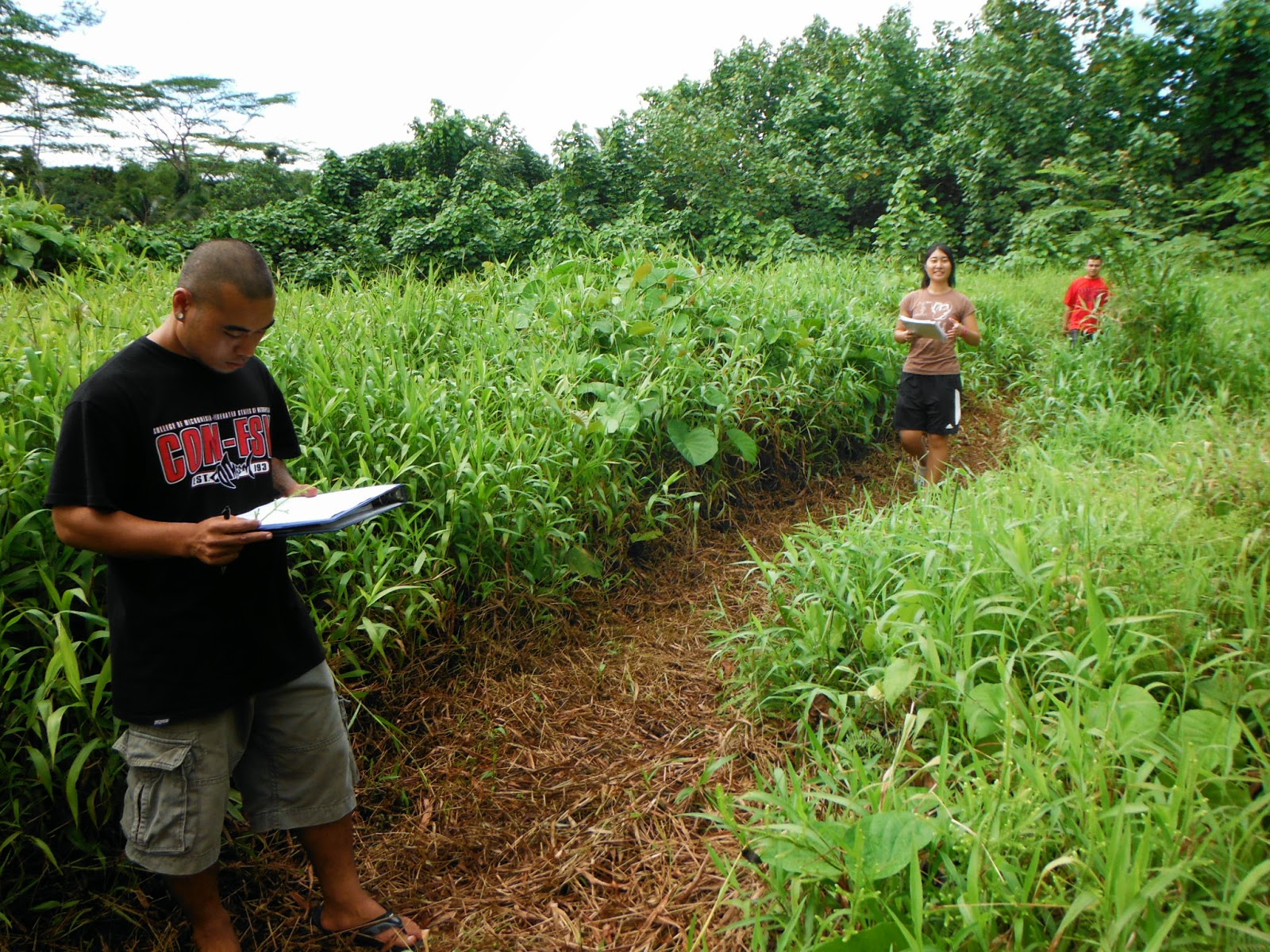 Bryan Wichep and Miki Vivian Fritz out among the Lycopodiella cernua and Dicranopteris linearis, although in the photo one mostly sees polystachion grass and Merremia peltata. 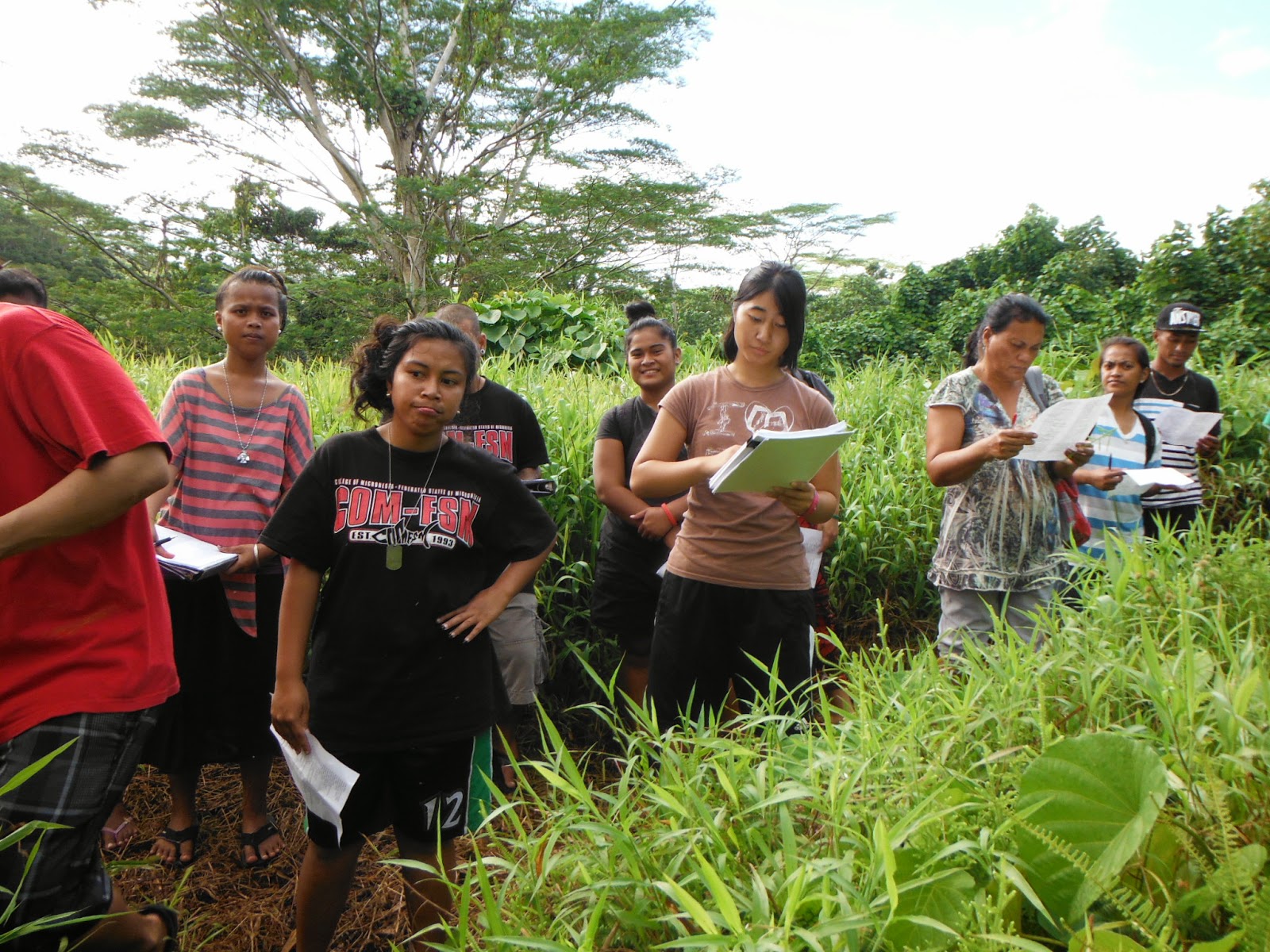 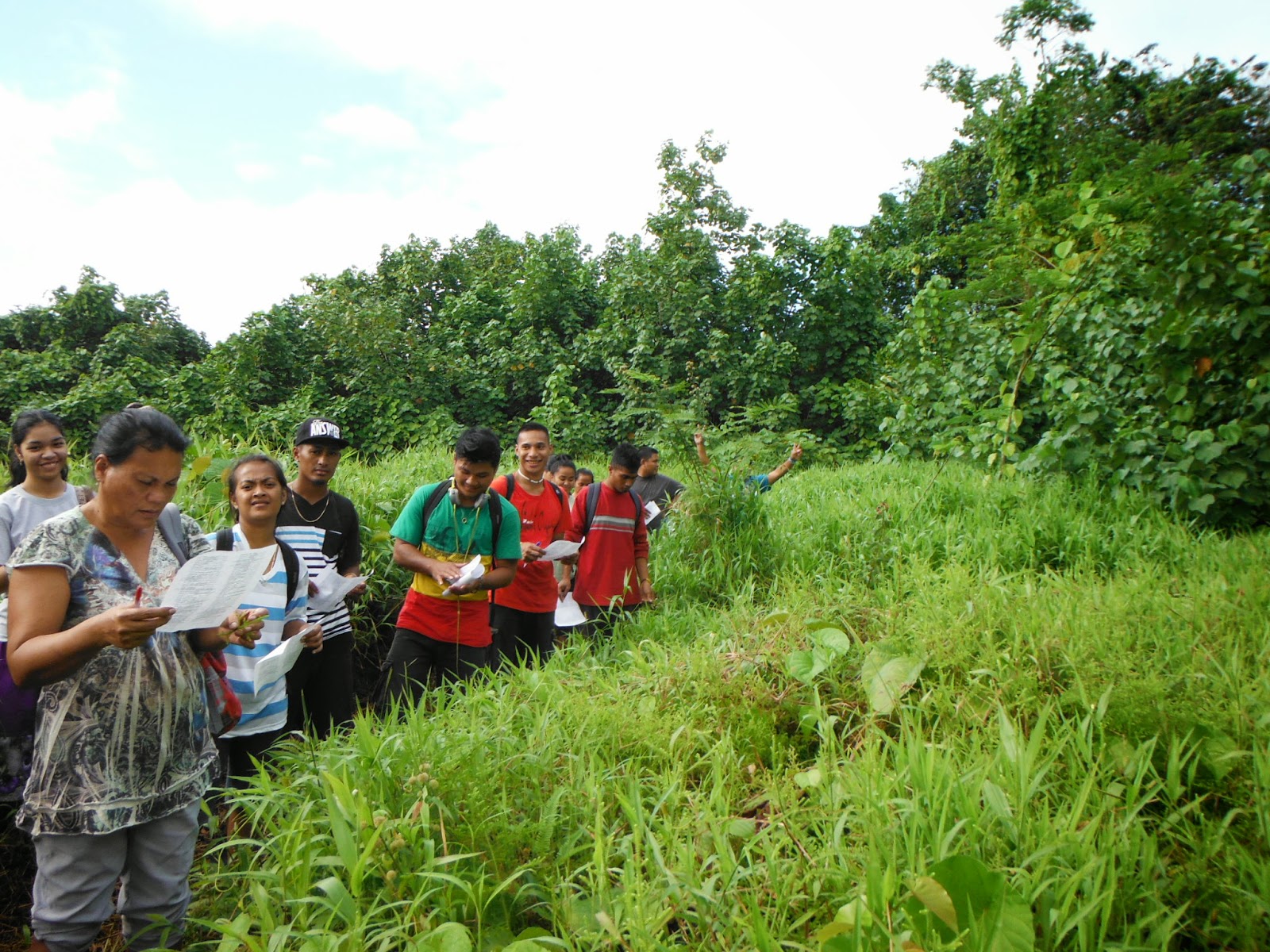 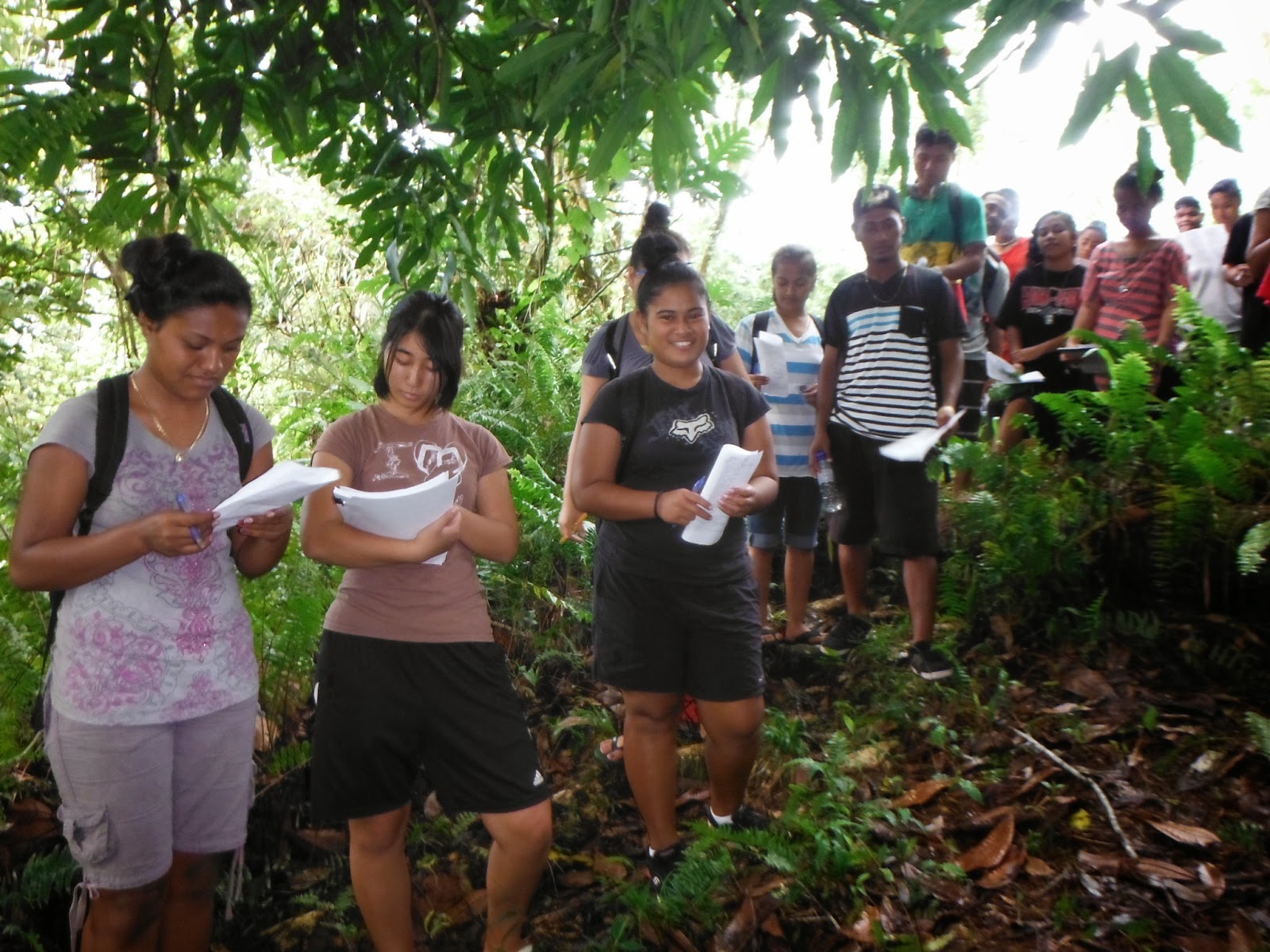 At the top of descent the number of ferns has expanded. Davallia solida var. solida is on a tree just before this location. Around this area are now found Nephrolepis, Cyclosorus maemonensis, Microsorum scolopendria, Asplenium nidus, Sphaeropteris nigricans, Haploteris elongata, Huperzia phlegmaria, and Adiantum tenerum. 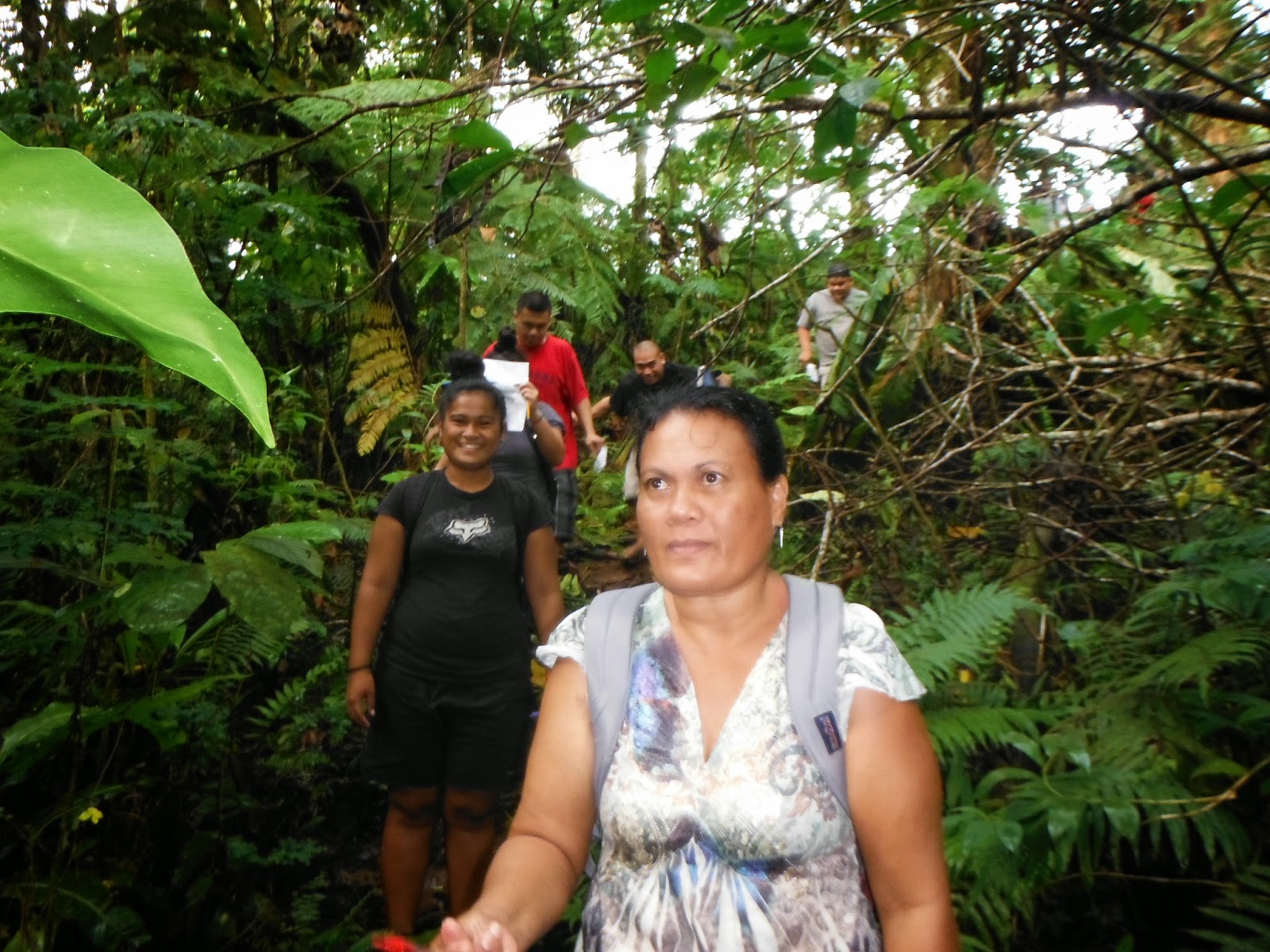 Lilina on the slope where an Asplenium species locally known at mahrekenleng is found. Tentatively either Asplenium polyodon or possibly A. pellucidum. 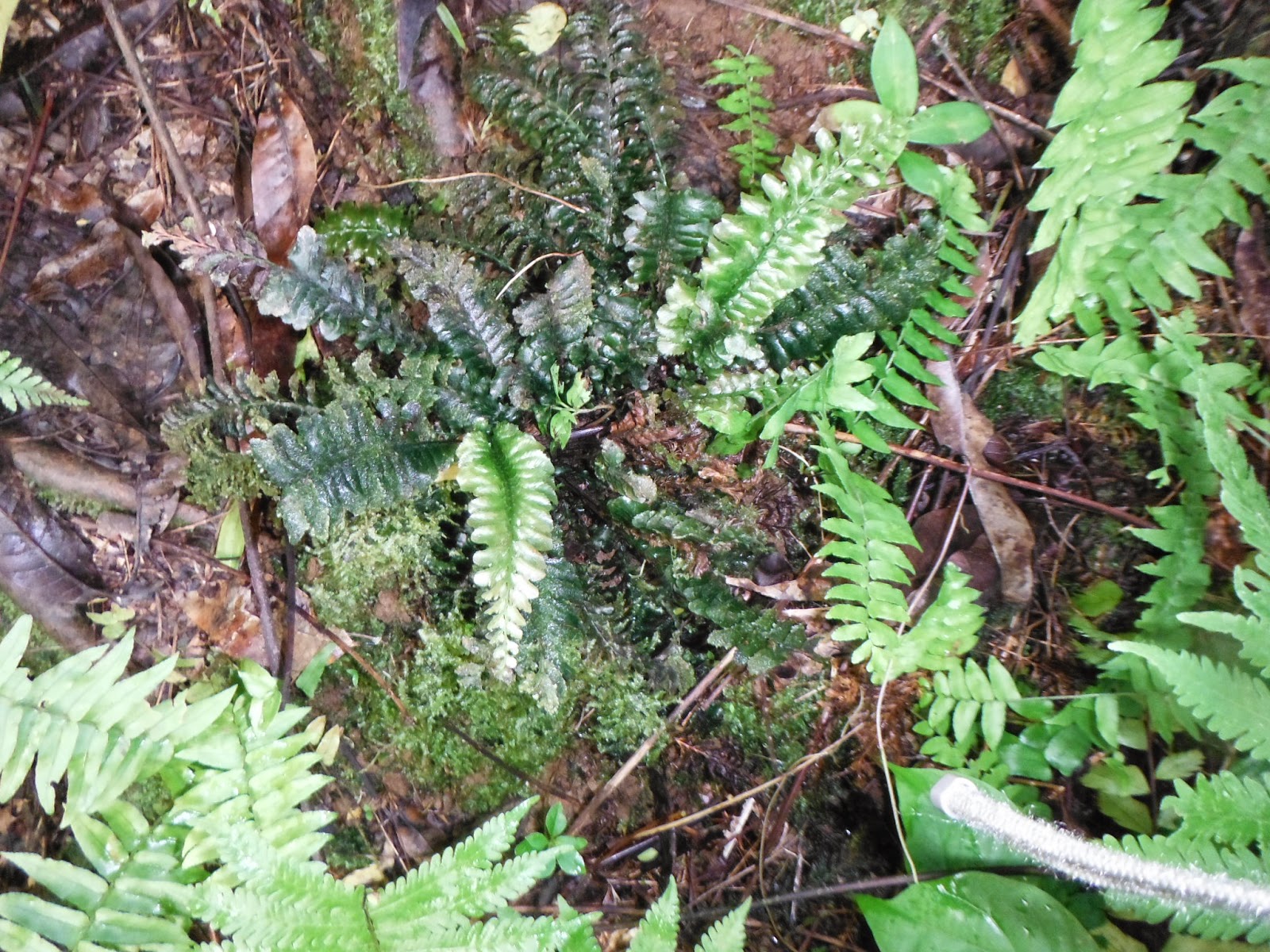 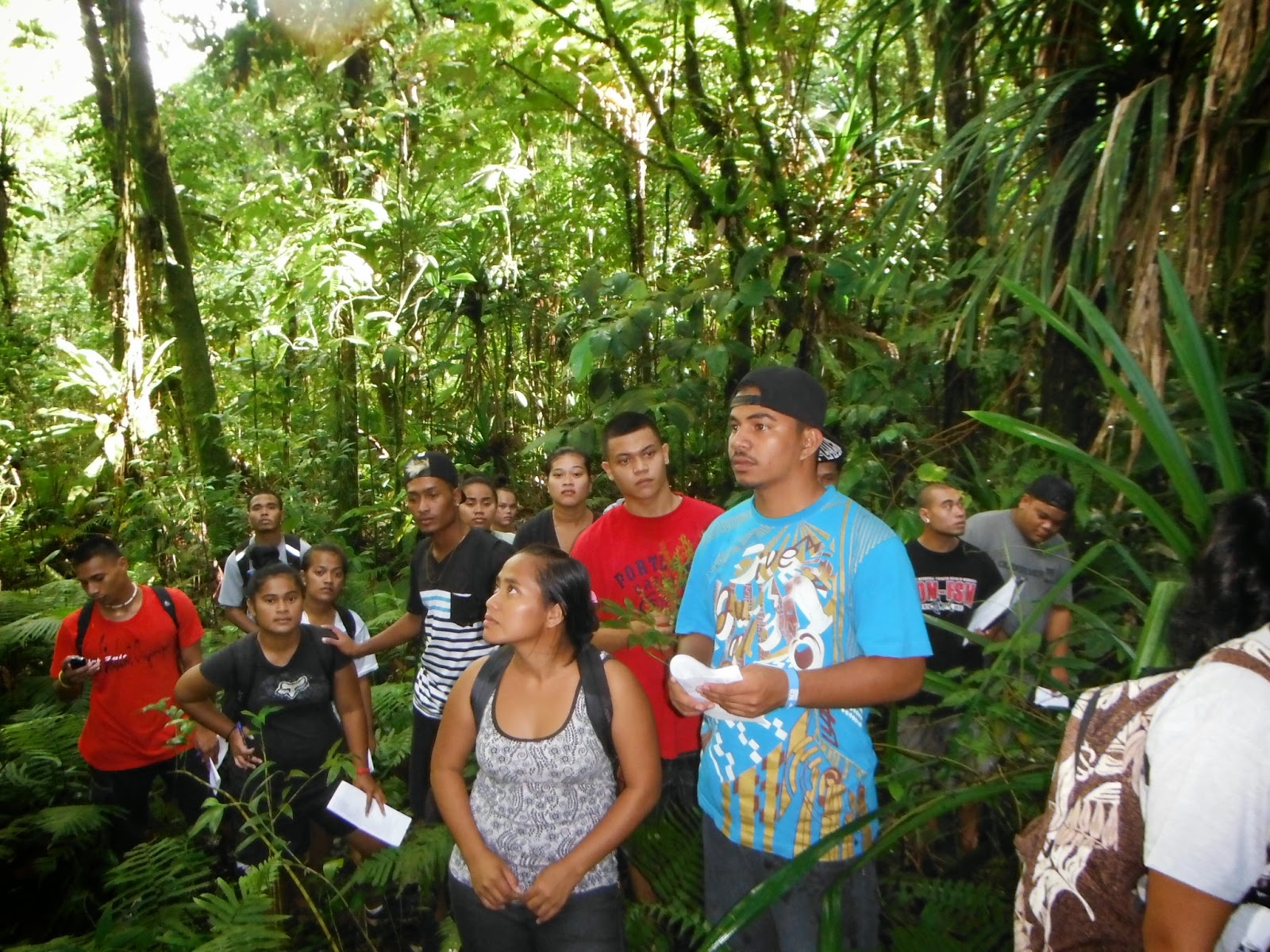 Deeper in the dark, ferny depths of the forest

Some of the trees with Antrophyum callifolium Blume (indigenous) (Syn reticulatum G.Forst) had fallen down, but the ferns were still extant. 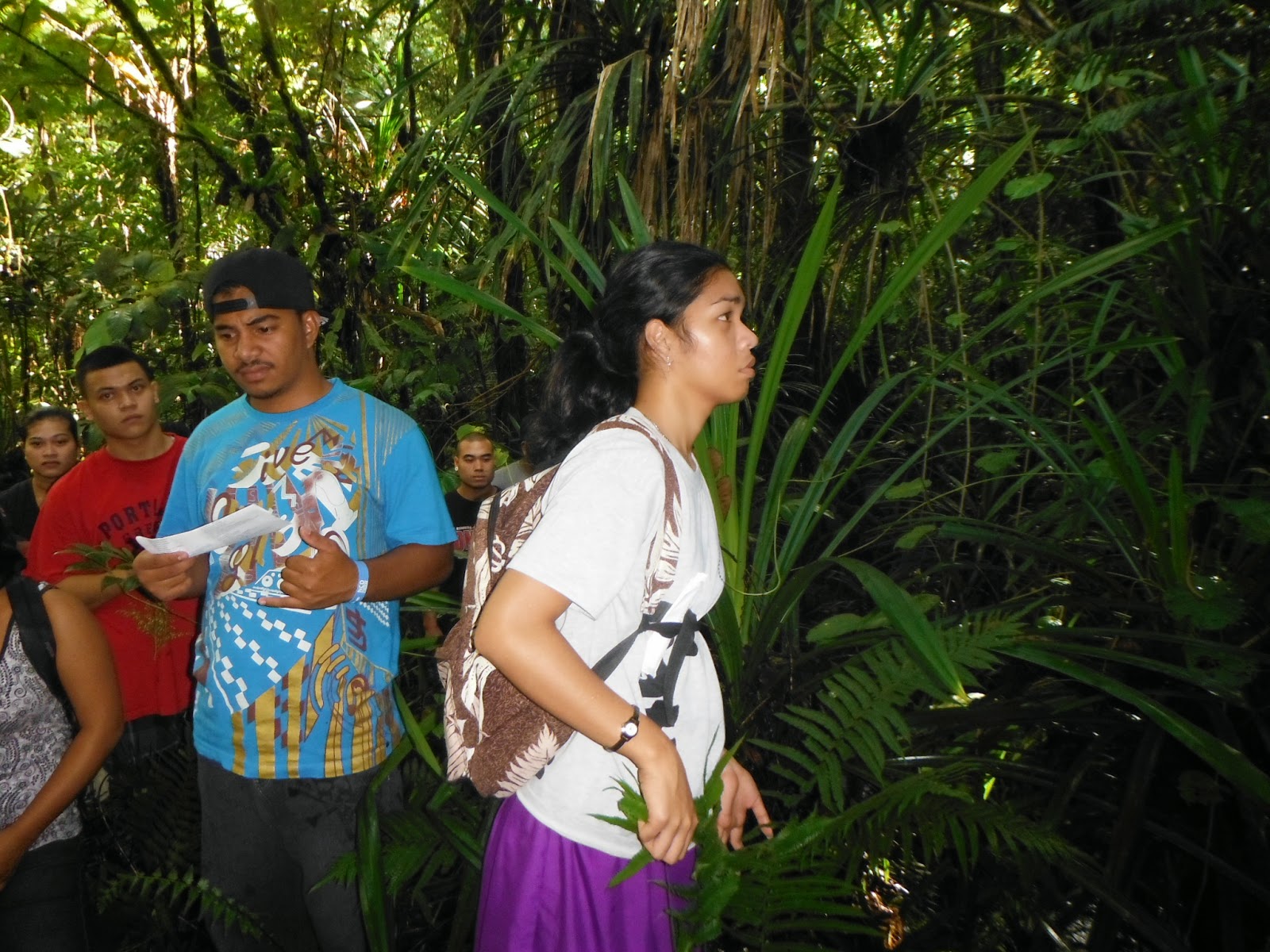 The hike covered local names, some uses, and cases in which a particular plant has a cultural meaning. A lot to take in for the class this term.
ethnobotany