January 25, 2015
Since the loss of the designated ethnobotanical garden area at the entrance to the college in the spring of 2014, I have shifted to using the plants across the full campus. I was able to move some plants to a new area to the south of the gym. Coupled with other plants that have grown out on campus, the campus is now effectively an ethnobotanical garden.

The first day of class I had brought along Ocimum tenuiflorum, Premna obtusifolia (topwuk), and a Premna obtusifolia variant locally distinguished as oahr. I had intended the Ocimum tenuiflorum as an easy plant for students to identify. When only one student could provide the local name, I realized that the class would be unusually weak in terms of local knowledge. As I result I prepared a campus flora handout in OpenDocument format with cross-reference between the Latin name and local names in four local languages. 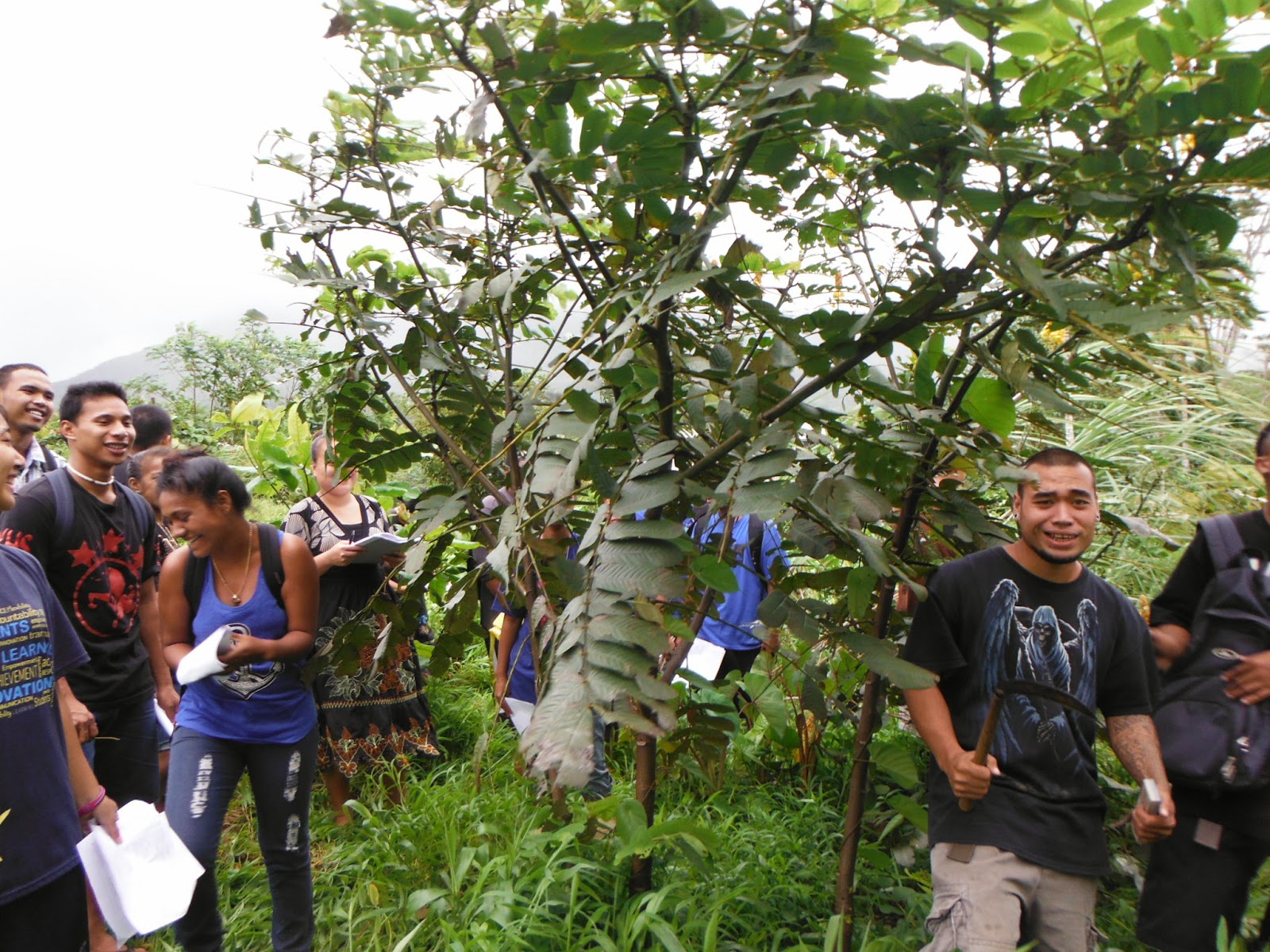 The students can be seen clutching their flora sheets while standing under Senna alata. 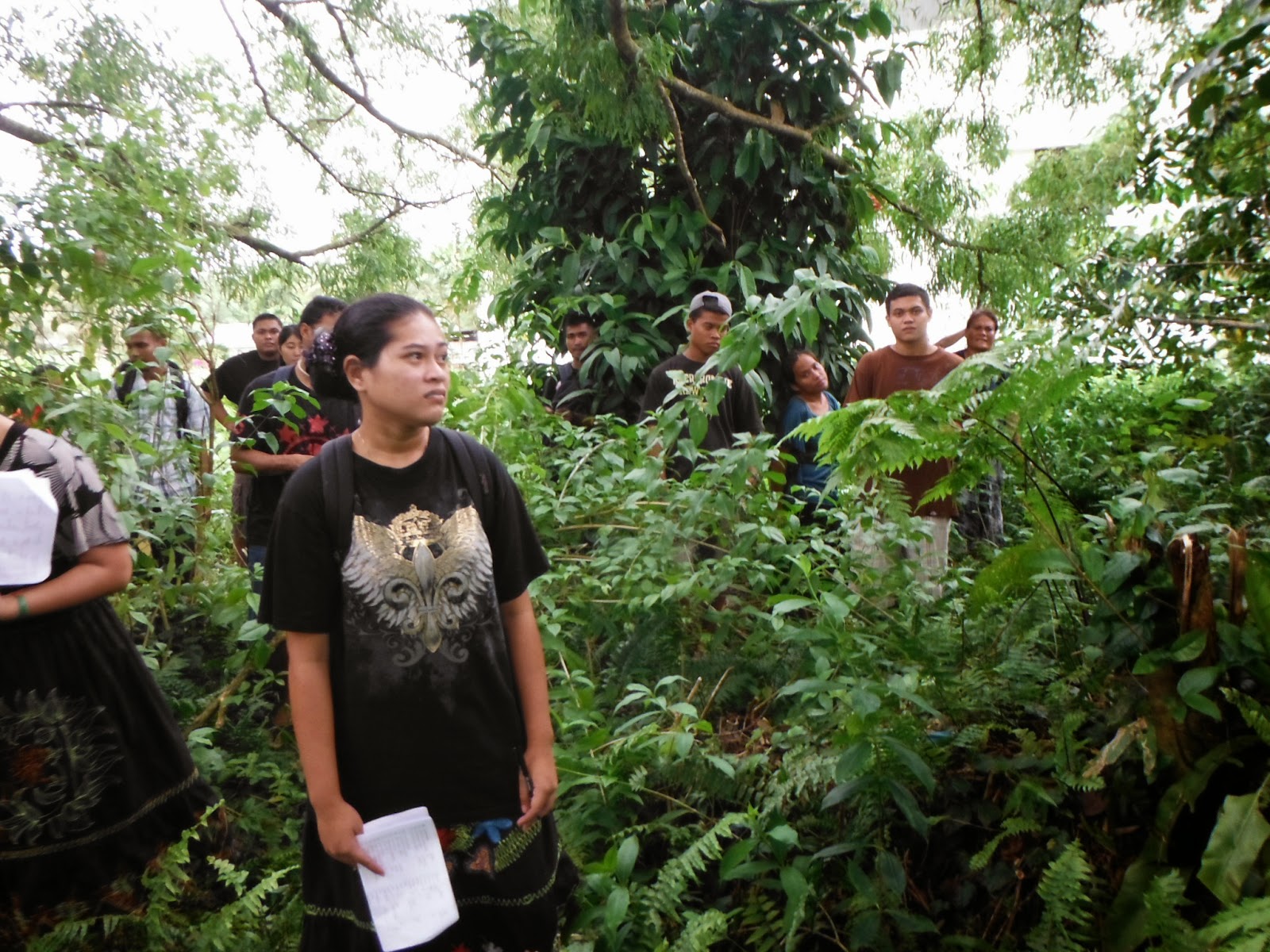 Esmirelda Elias considers the baffling sea of indistinguishble greenery around her. 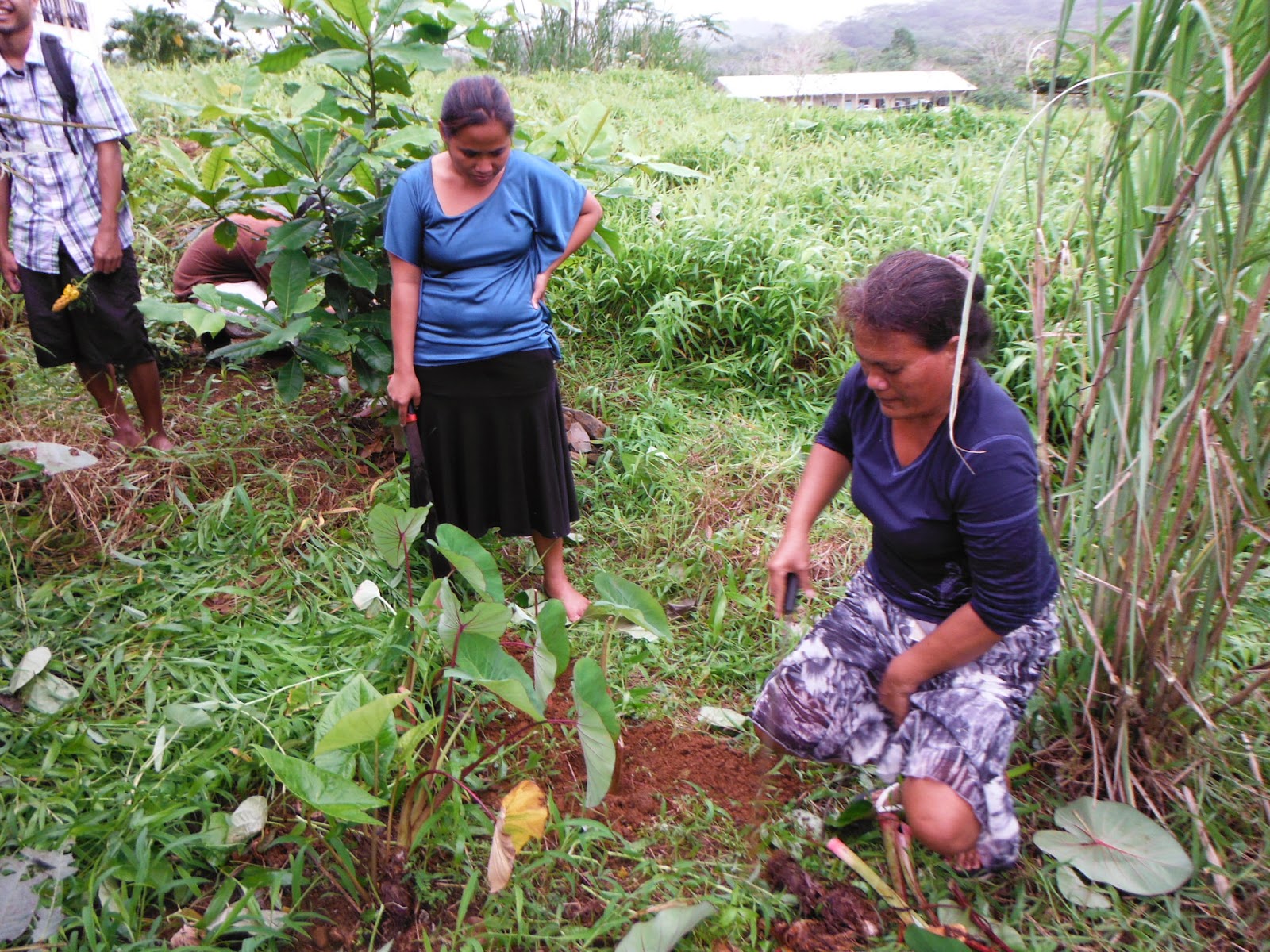 Lilina Etson knows her plants and recognized immediately that the Colocassia esculanta (jawa in her language, sawa in Pohnpeian) needed to be replanted. Elizabeth Augustine watches. Lilina cleaned the soft taro and passed them along to a Japanese student in the class.

The third day the class went to the banana patch to identify and clean up the bananas. 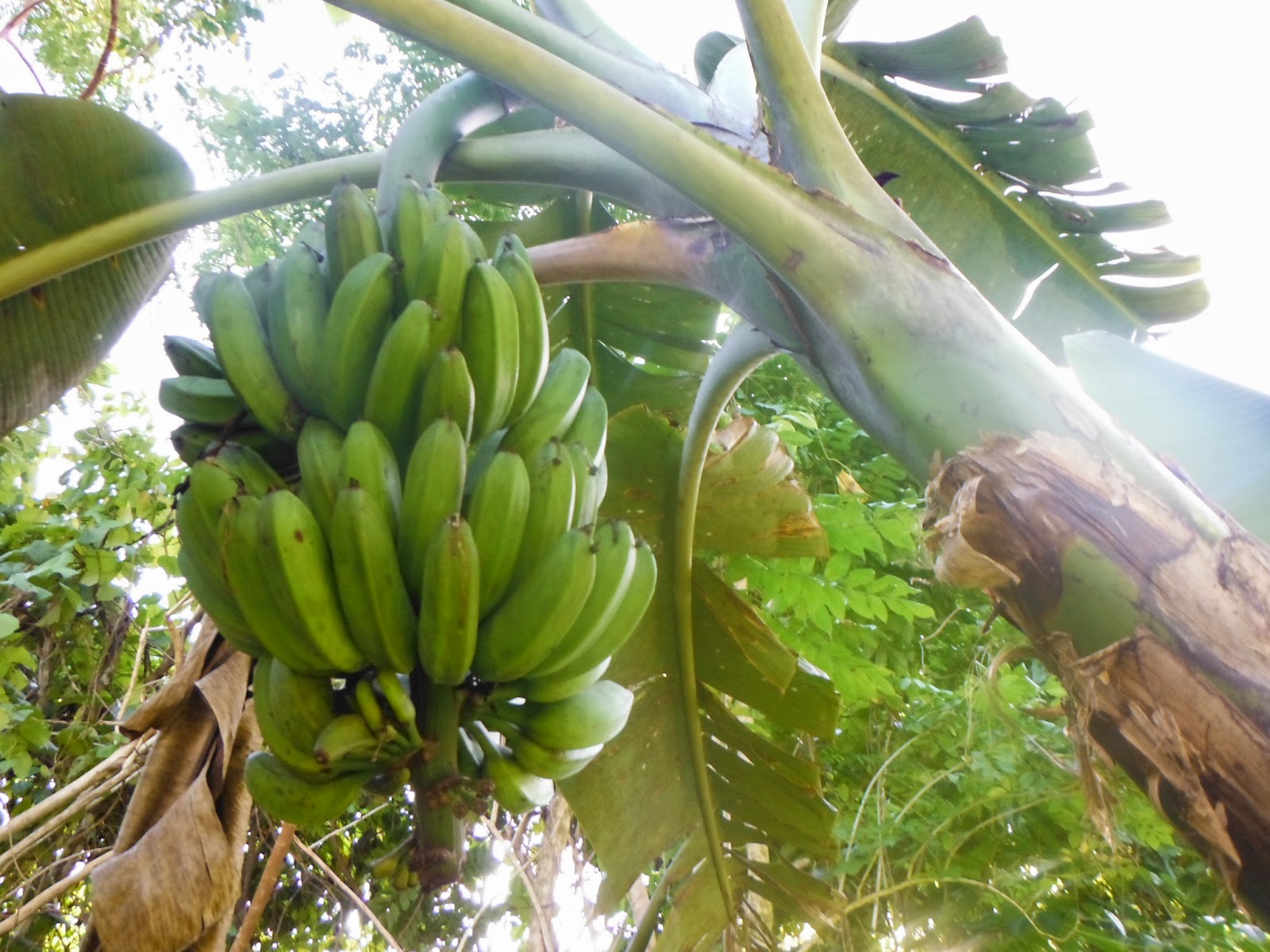 The above banana was reported to be a recent foreign introduction to Pohnpei and thus without a name. 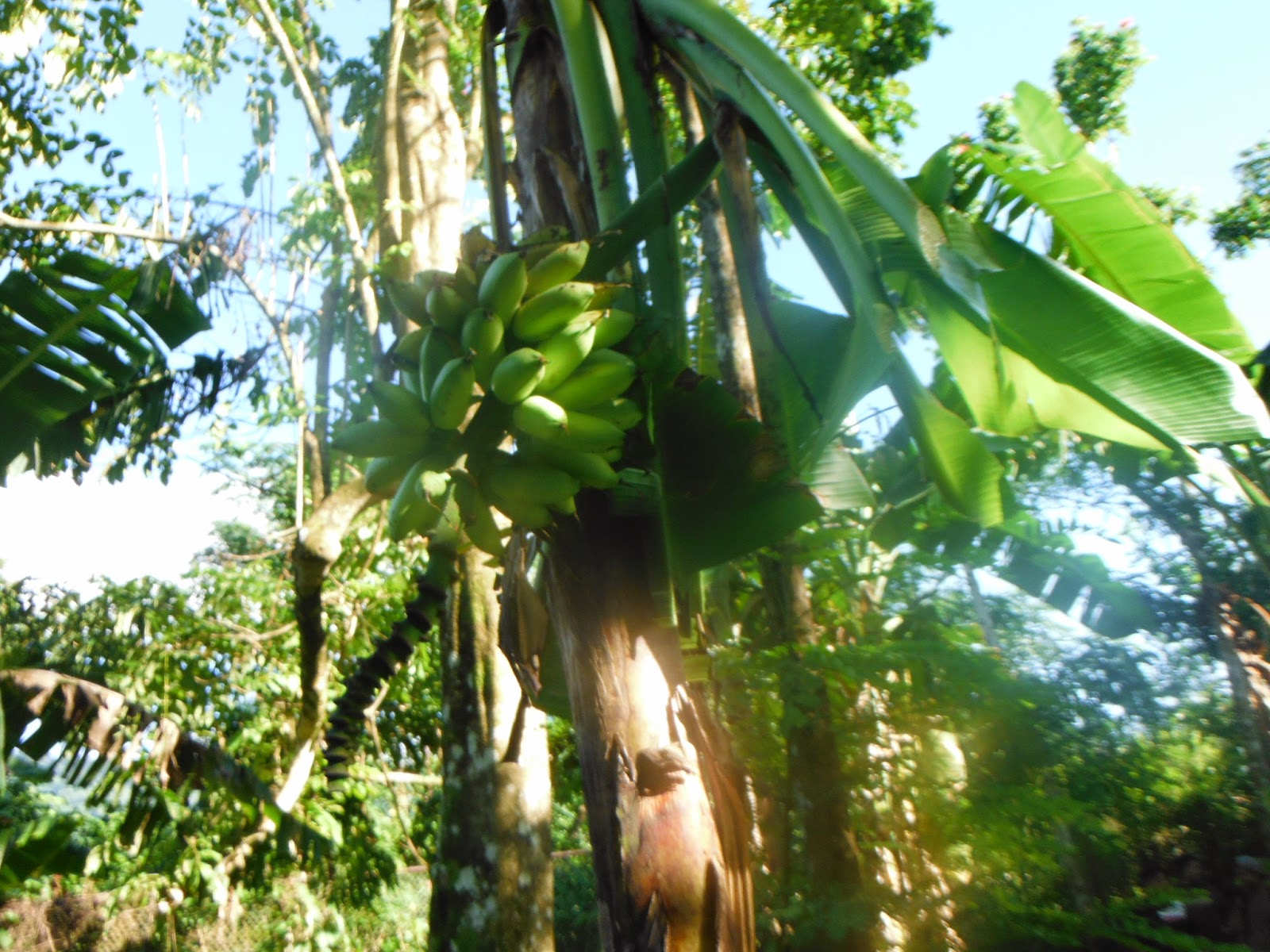 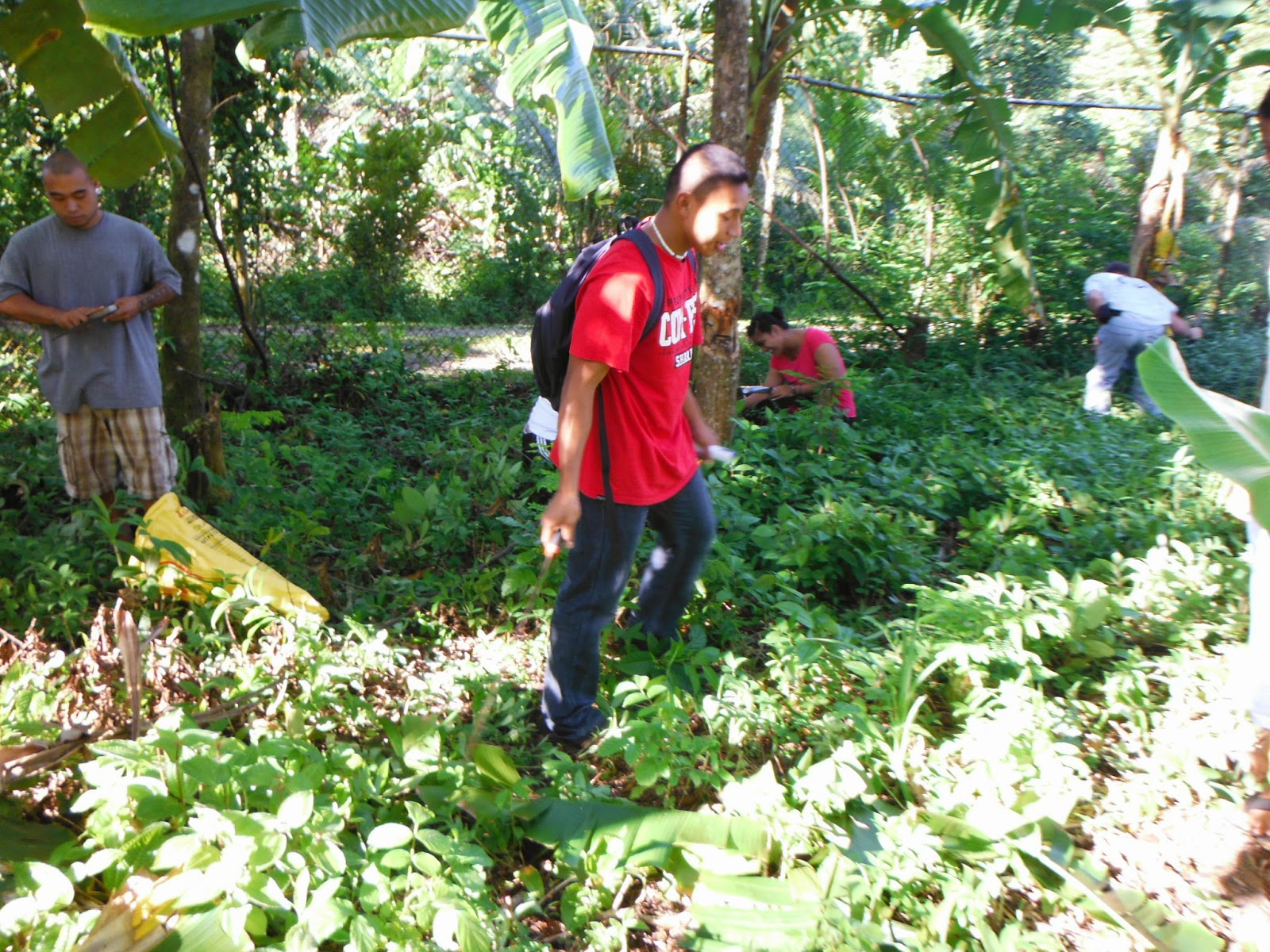 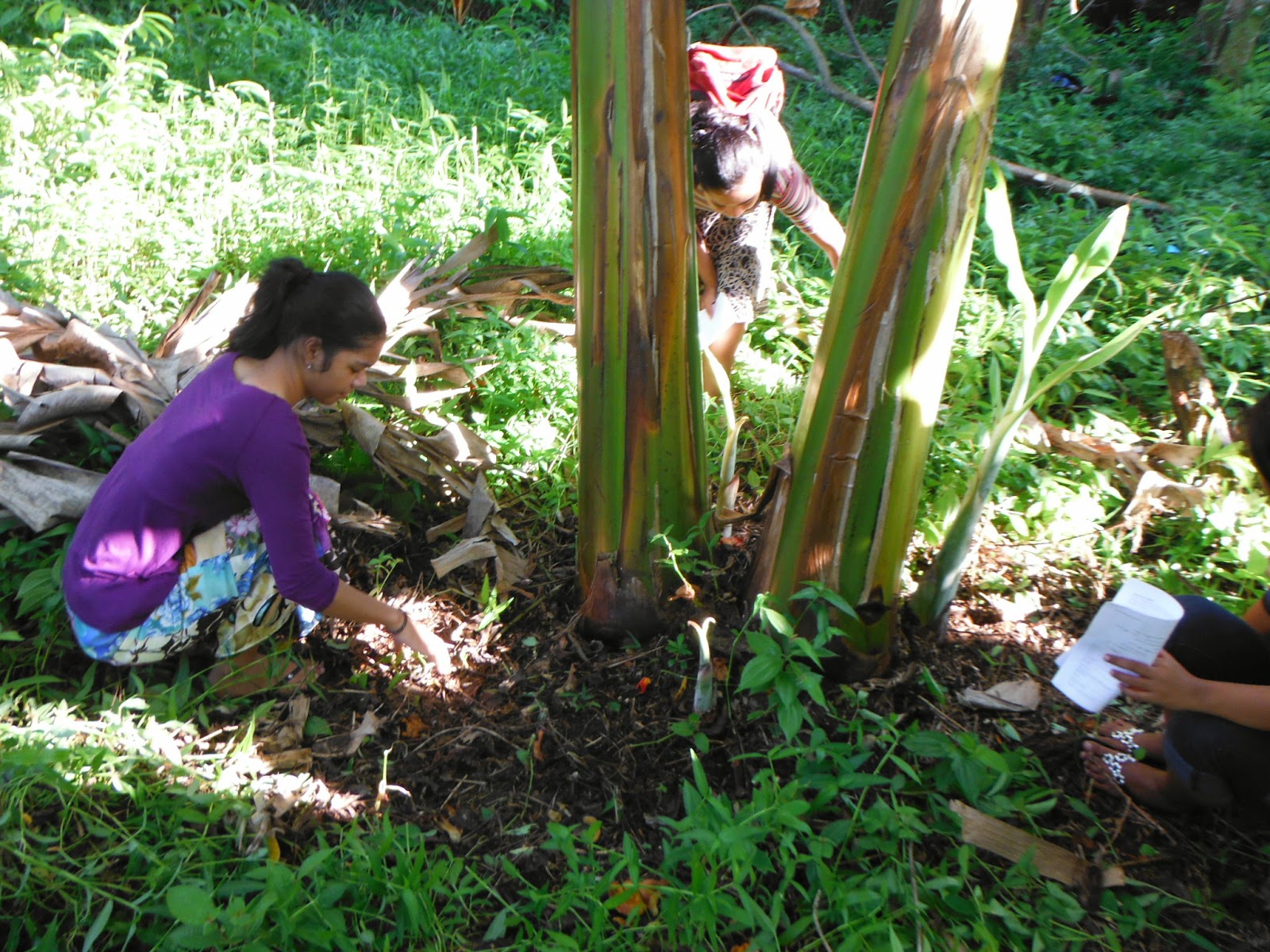 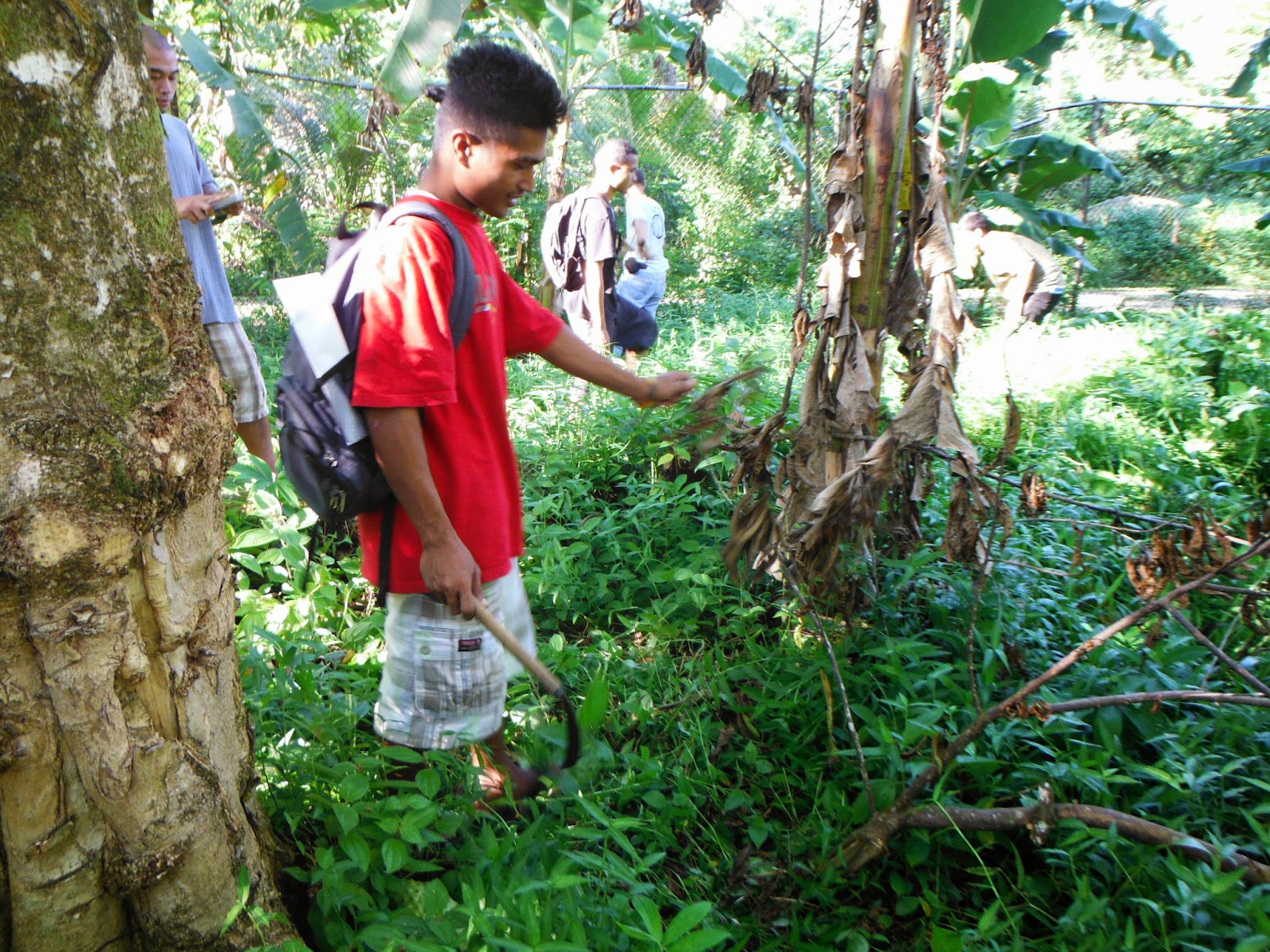 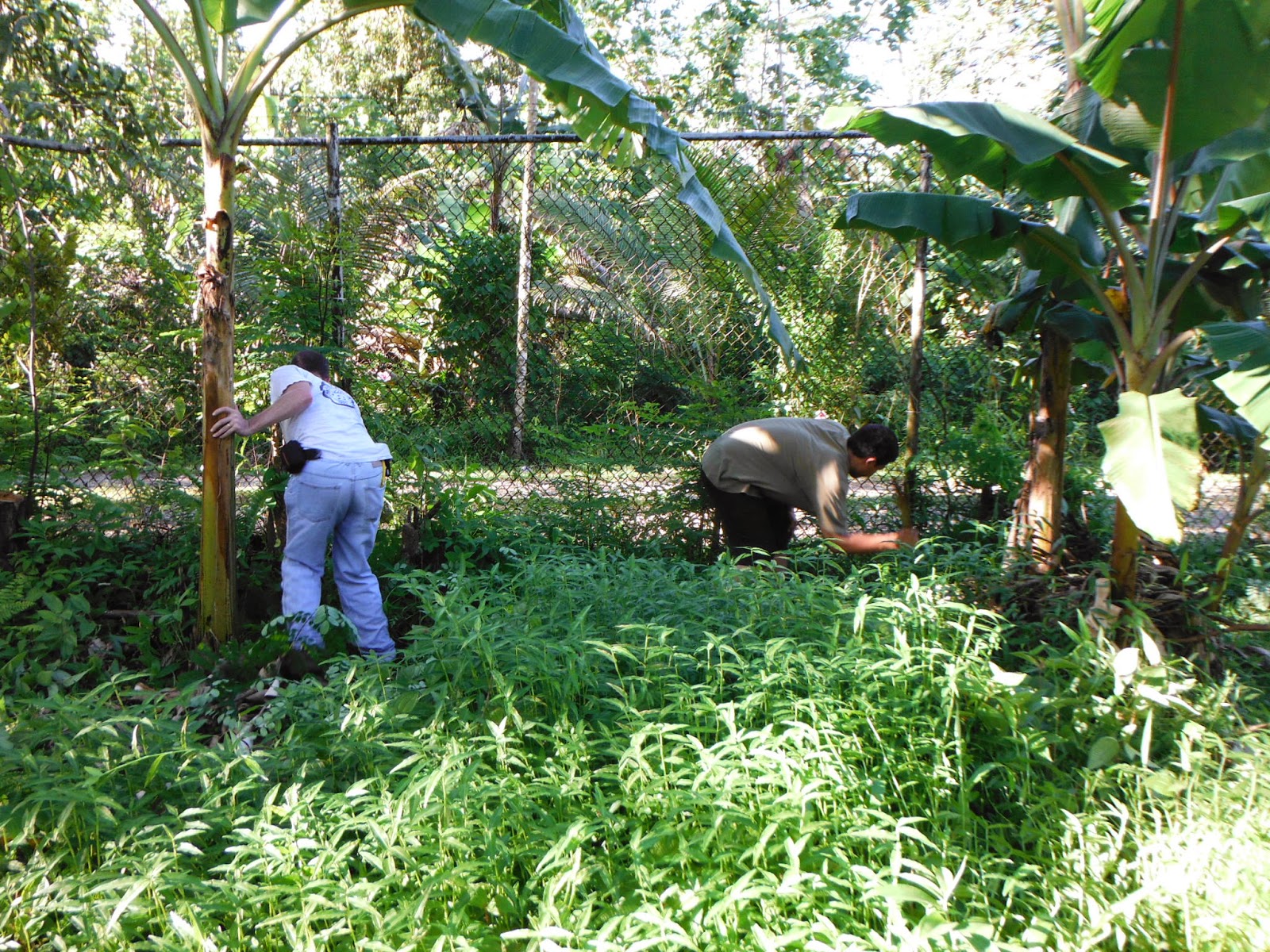 Polystachion grass, Clidema hirta, and Costus speciosus are the principal invasives in the garden. 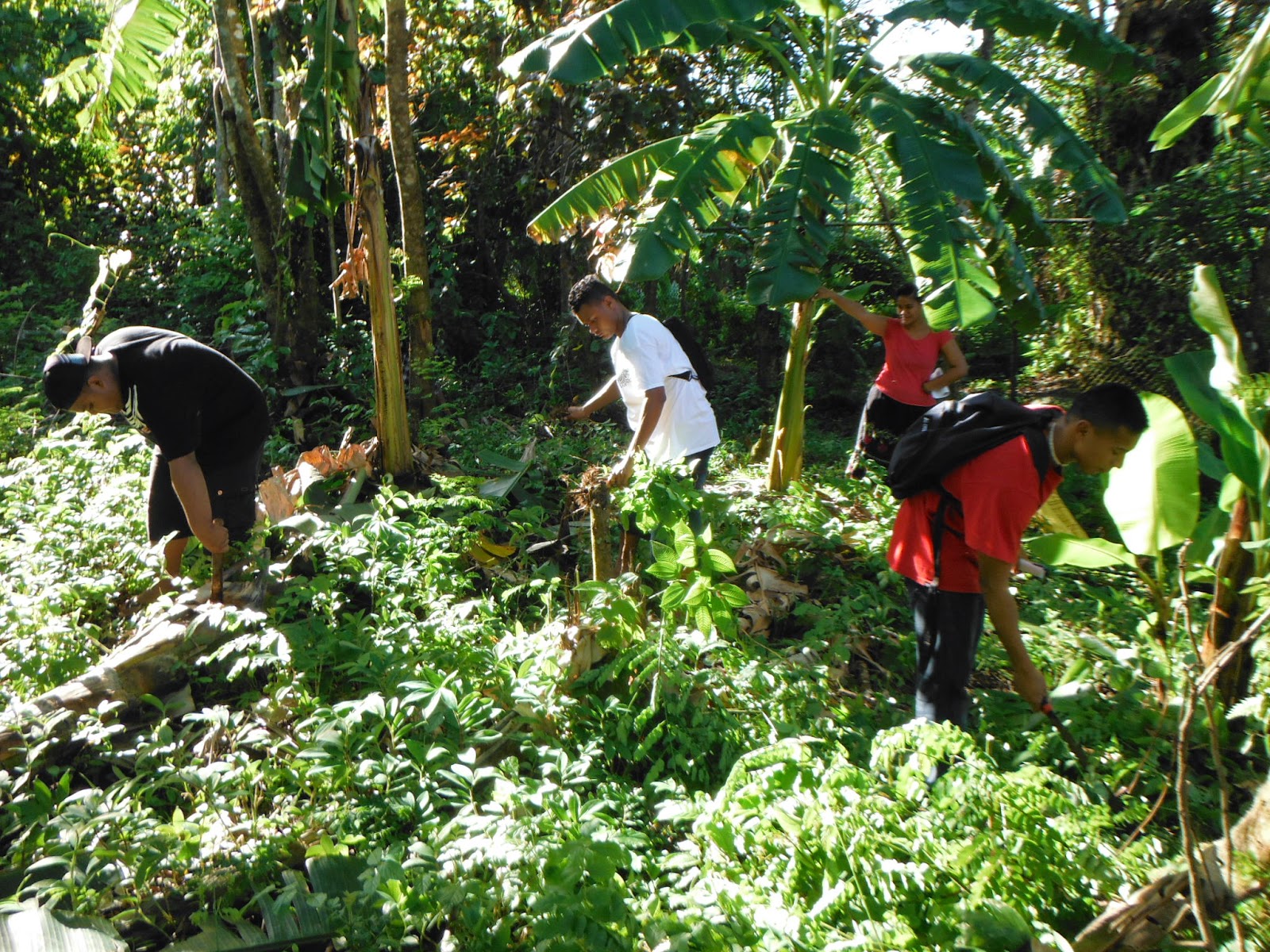 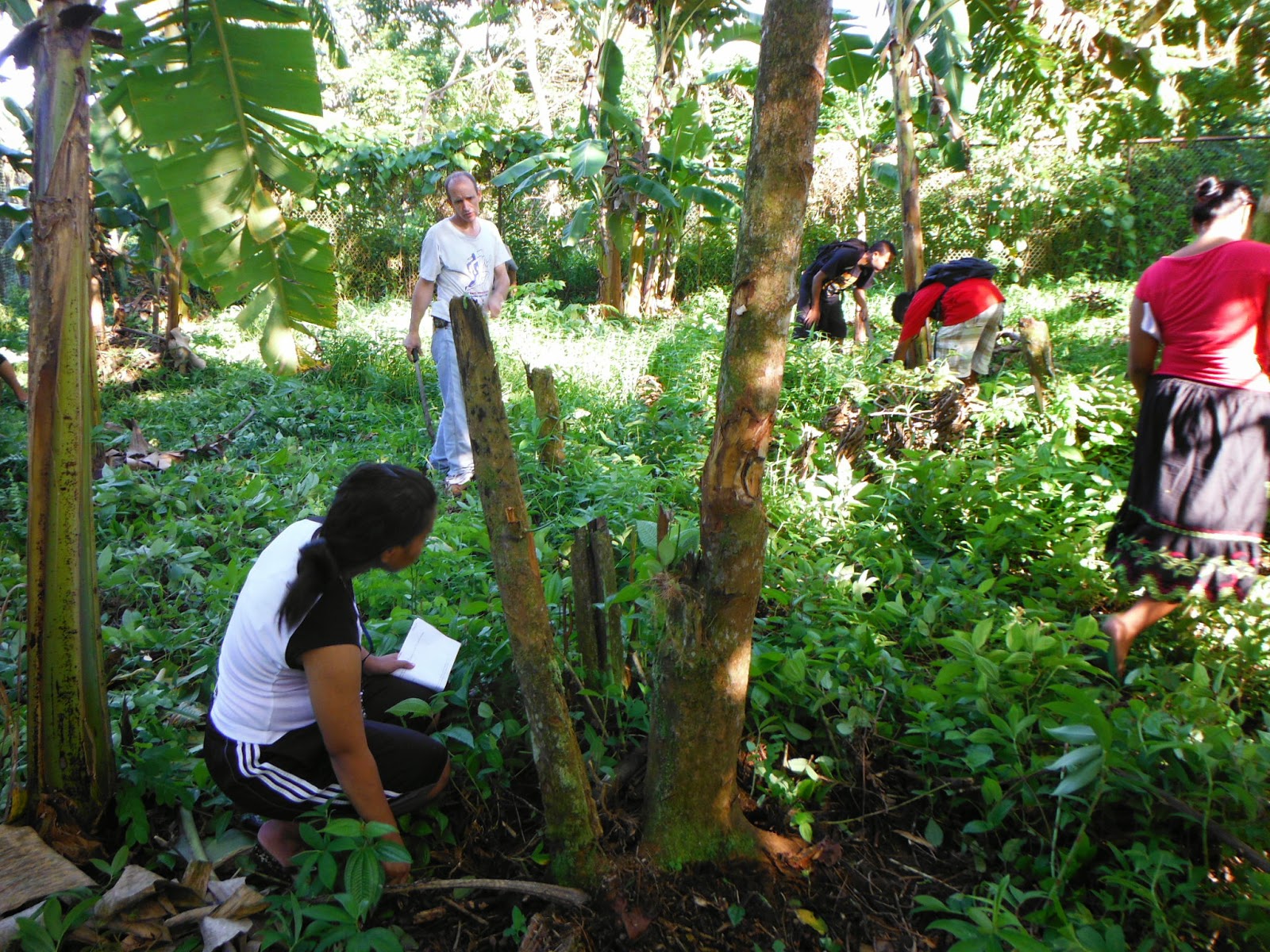 The instructor in the background 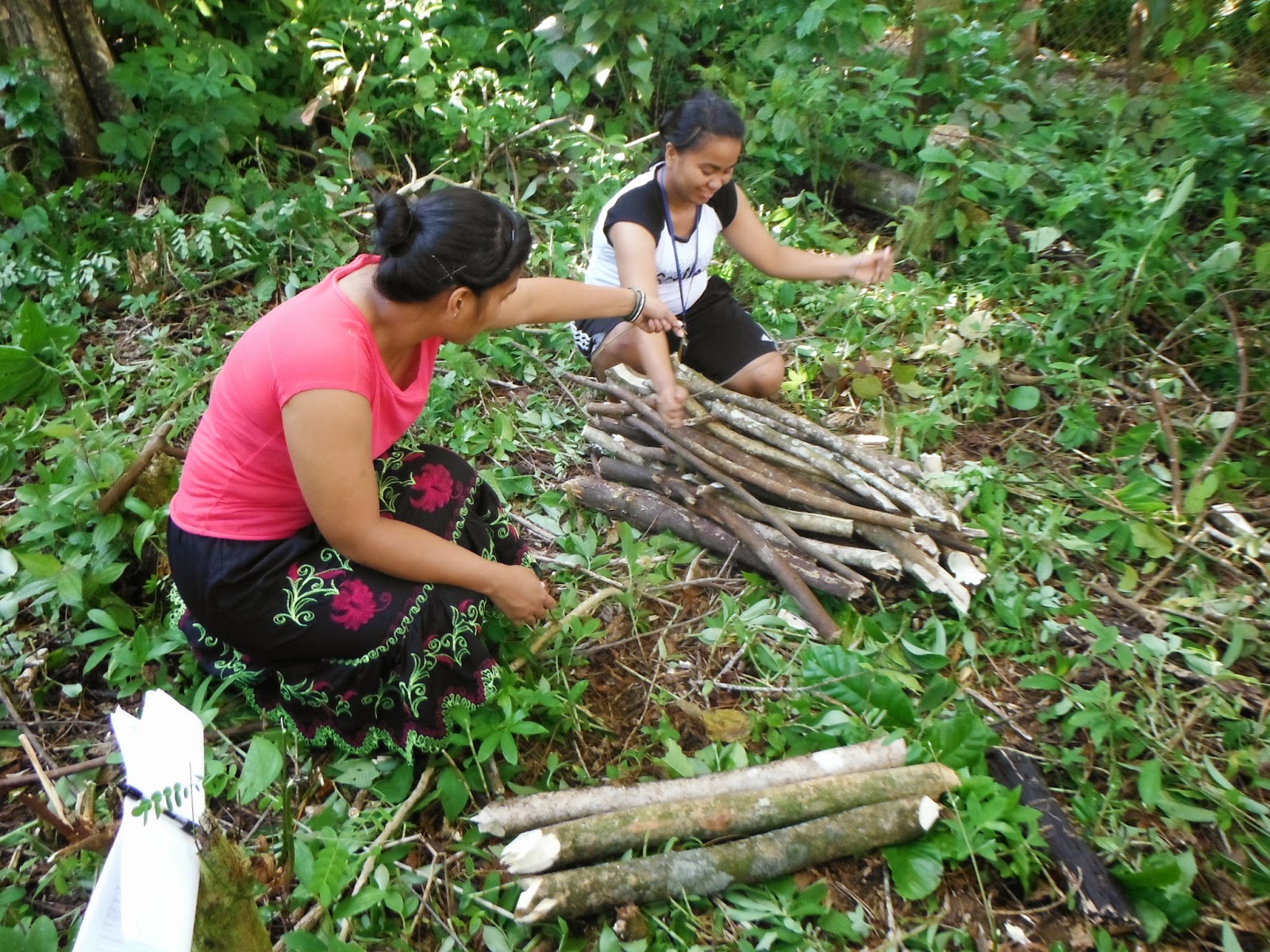 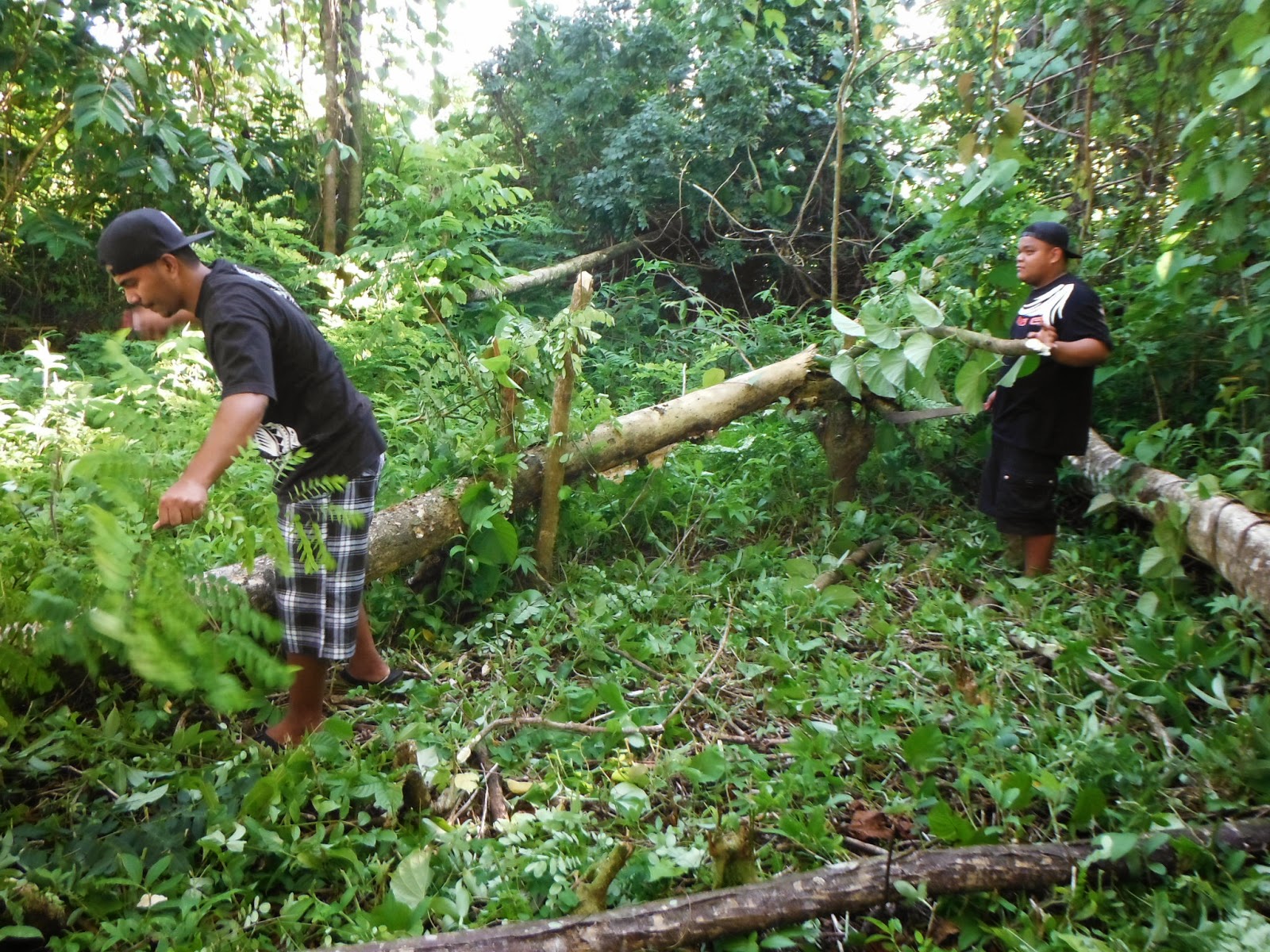 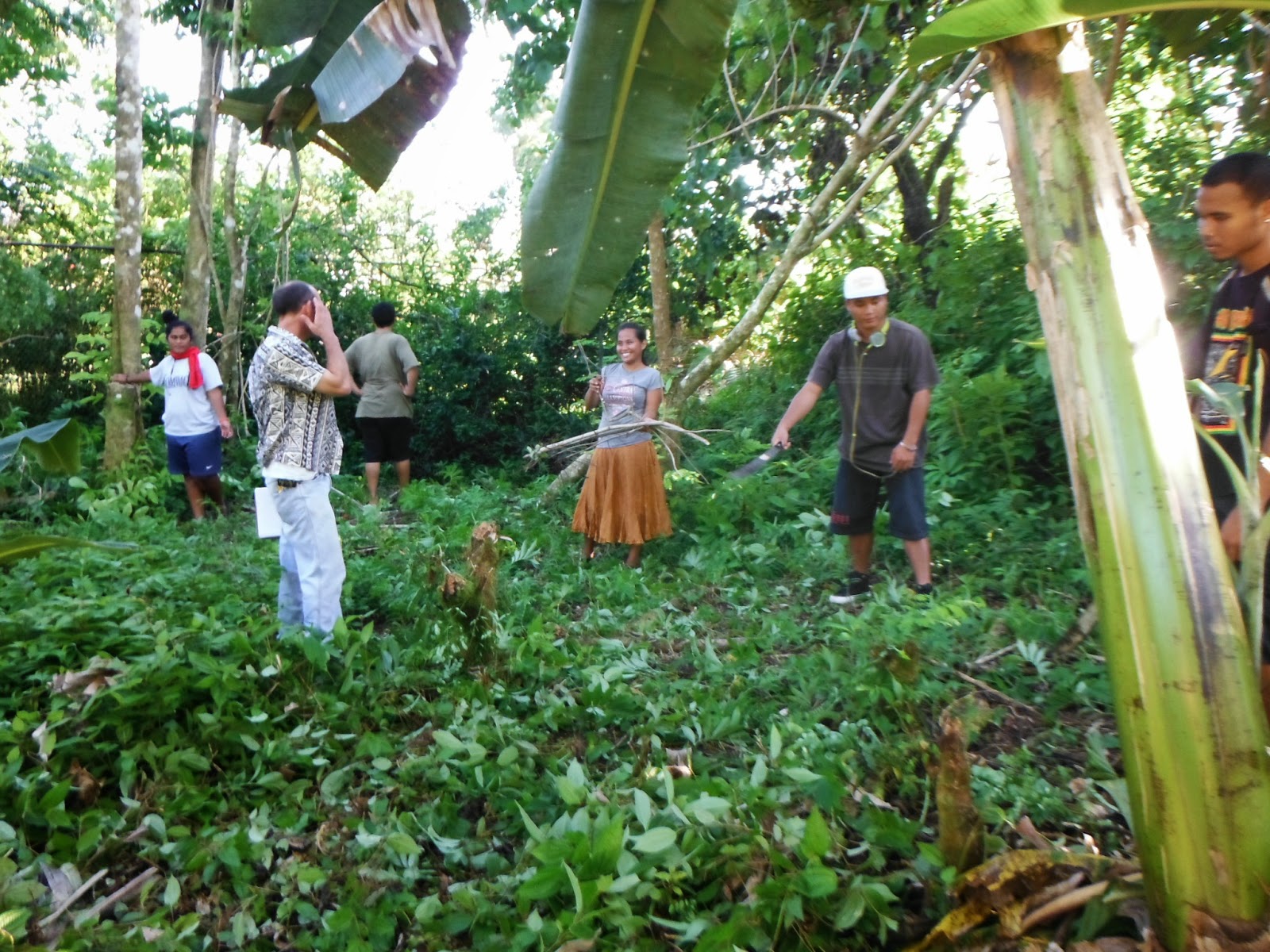