January 10, 2015
The SC/SS 115 Ethnobotany class includes hikes into the forest, walks on campus, student presentations, field trips to off-campus locations, maintaining ethnobotanical collections, lectures, and hands-on activities. The course curriculum includes a dual focus both on the botanic diversity of local plants and on the ways in which these plants are used by Micronesians. The course does not have a botany course pre-requisite and is was designed to be a three credit non-lab science elective. Many of the students have no background in botany and some students have very limited knowledge of basic biologicial science concepts. 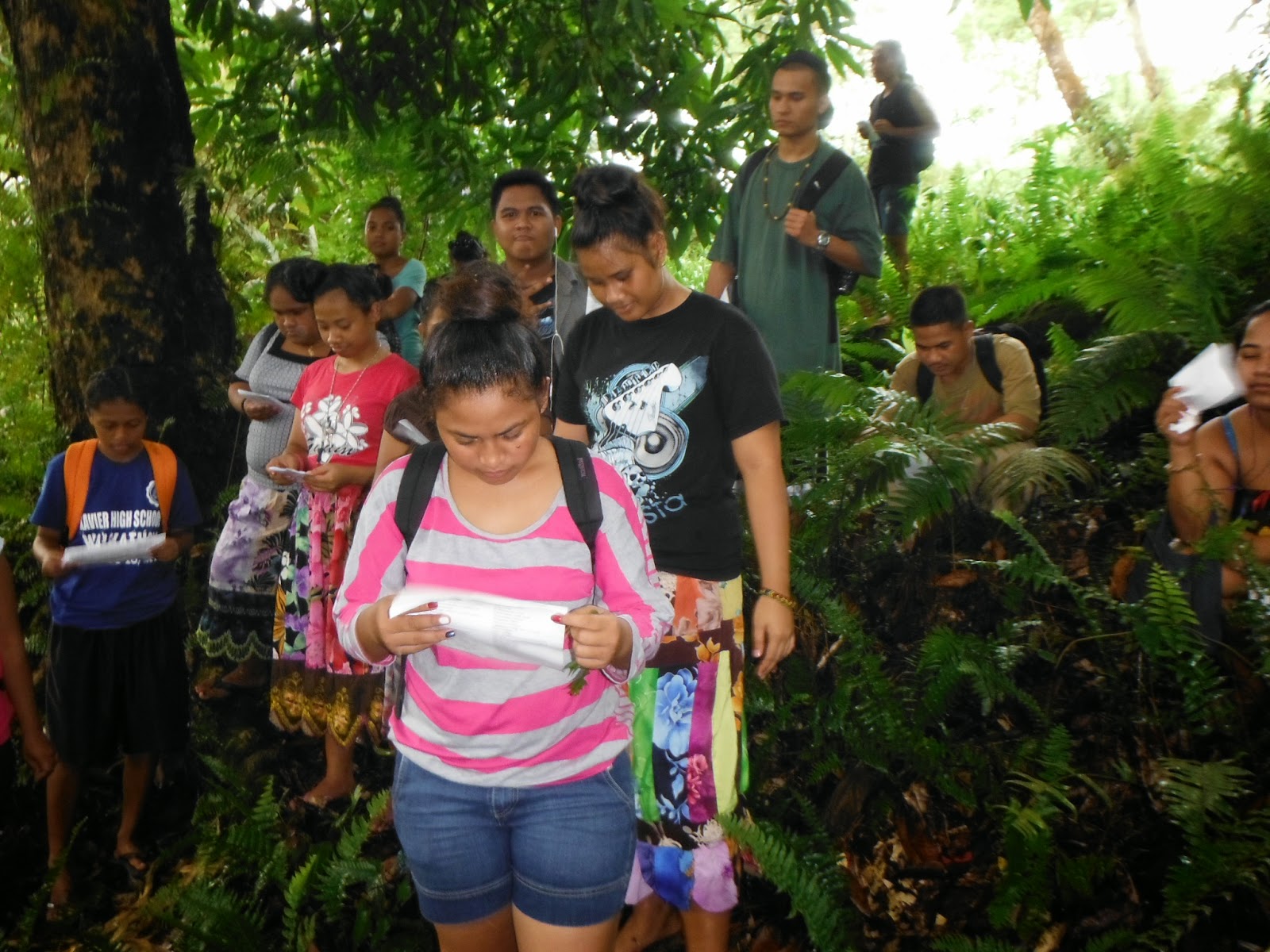 A single section of 24 students met Tuesdays and Thursdays for an hour and half each day fall 2014.
At the end of the term the students were asked to rate six types of activities from one most liked to six most disliked: field trips, gardening with machetes, hands on activities such as thatching, hikes and walks on and around campus, lectures, presentations. In retrospect this type of ranking evaluation appeared to be unfamiliar to the students. Some students applied the scale as if the scale were a Likert scale with which to rate each individual item. Other students understood that each number would be used only once.

As a result the actual score sums obtained do not necessarily have meaning. The low score sum, however, will still be the highest ranked activity while the high score sum will be the lowest rank activity. Despite the misuse of the ranking scale, the rank order does have meaning.

The numerically lowest sum of ranks score, a 38 for field trips, was an outlier on a box plot. Field trips were strongly favored over any other activity. At 56 hikes and walks on and around campus had the second lowest score sum making hikes and walks the second most favored activity. At the other end of the scale the highest sum was lectures. The class features only a couple of lectures during the sixteen week course, yet these few are apparently still too many.


Separately students were asked to list their favorite thing about the class and their least favorite thing about the class. These two questions were open answer questions. Although the questions were open answer, there were common responses among the students. Field trips were a strong favorite. Secondarily presentations, hands-on activities, and hiking were favored.


Once again lecture was least favored. Presentations were also disfavored. The students who disliked presentations expressed being shy in front of people, or of their presentation not going well. Of some interest to me was that the work of maintaining the ethnobotanical collection, outdoor work with machetes, was only chosen as least favored by three students. For the remaining 21 this was not a least favored activity. Cleaning around the plants that comprise the campus collection is grounds keeping level work, yet the students would apparently prefer that to sitting in a lecture.


The survey results generally reflect my own sense of what the students enjoy and what they do not enjoy. The results tend to confirm my own sense of how the students are reacting to the class, and reassured me that the hot, sweaty work of maintaining the collection is not strongly disfavored.