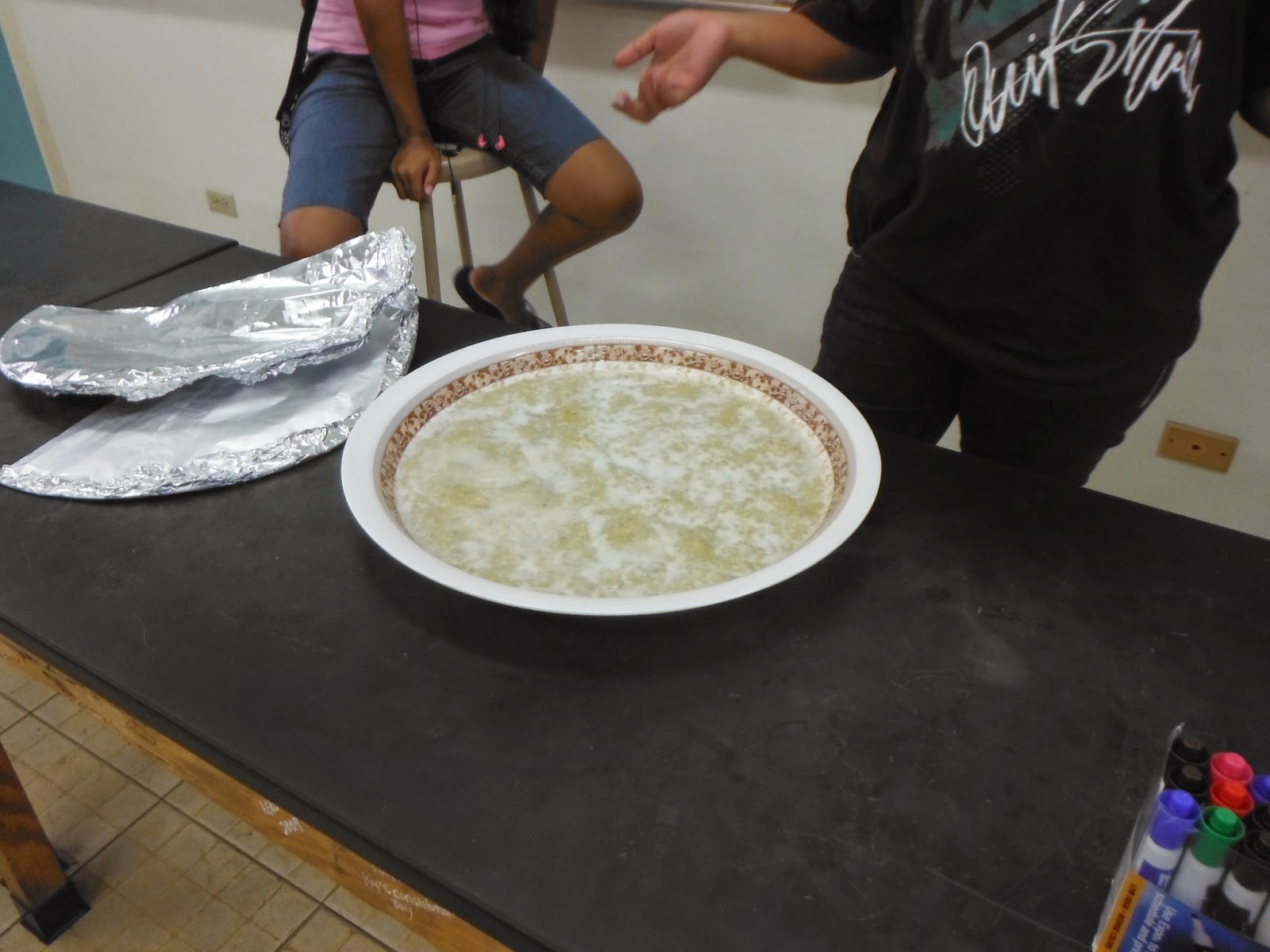 Although the Kosraean students presented a dish that they referred to as fahfah pot, Kosraean sources who sampled the dish after class noted that the dish was ainpot usr, not fahfah pot. Most critically, the bananas were boiled, not cooked in an um, which is one of a number of distinctions between fahfah pot and ainpat usr. Either the presenters were themselves misinformed or they were confused as to the distinction is not clear. Either way, the mistaking of one dish for another is another example of the loss of cultural information and language that is seen most heavily in Kosrae. 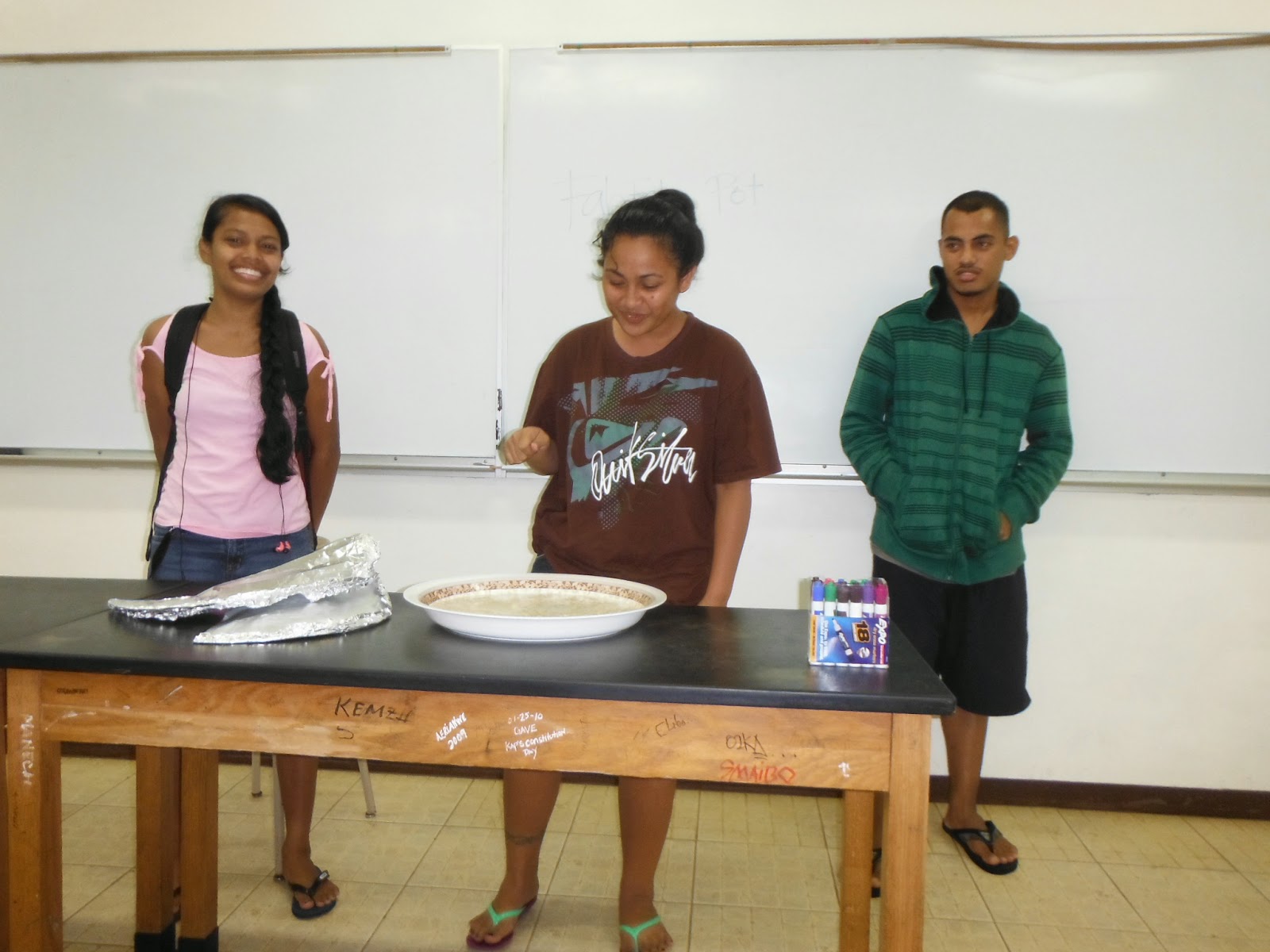 Three presenters, part of a generation for whom theie own language and culture are slipping away, Ronda, Melody, and Jake. 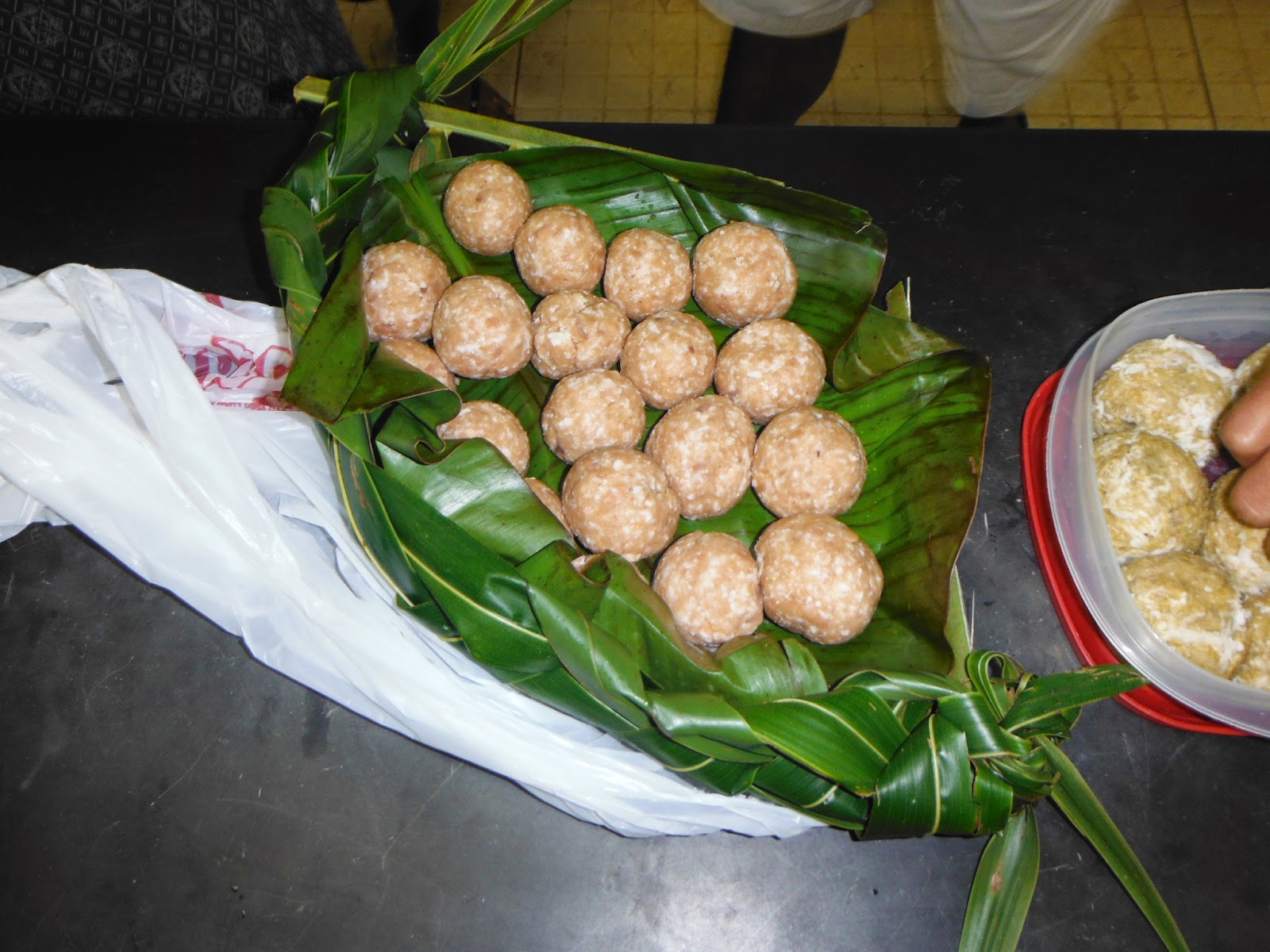 Uter kemelis made from mwahng saleng, a variety of hard taro. 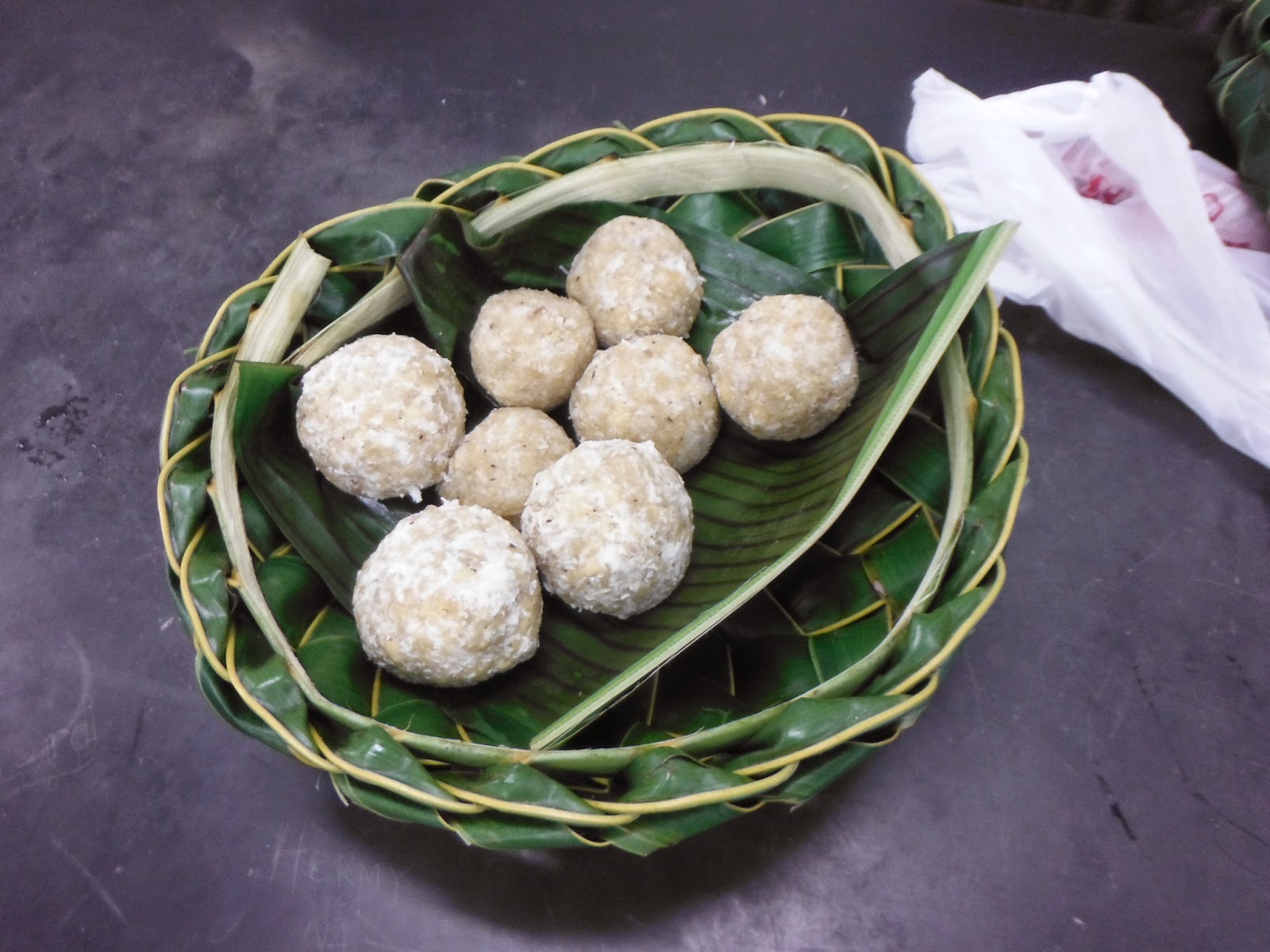 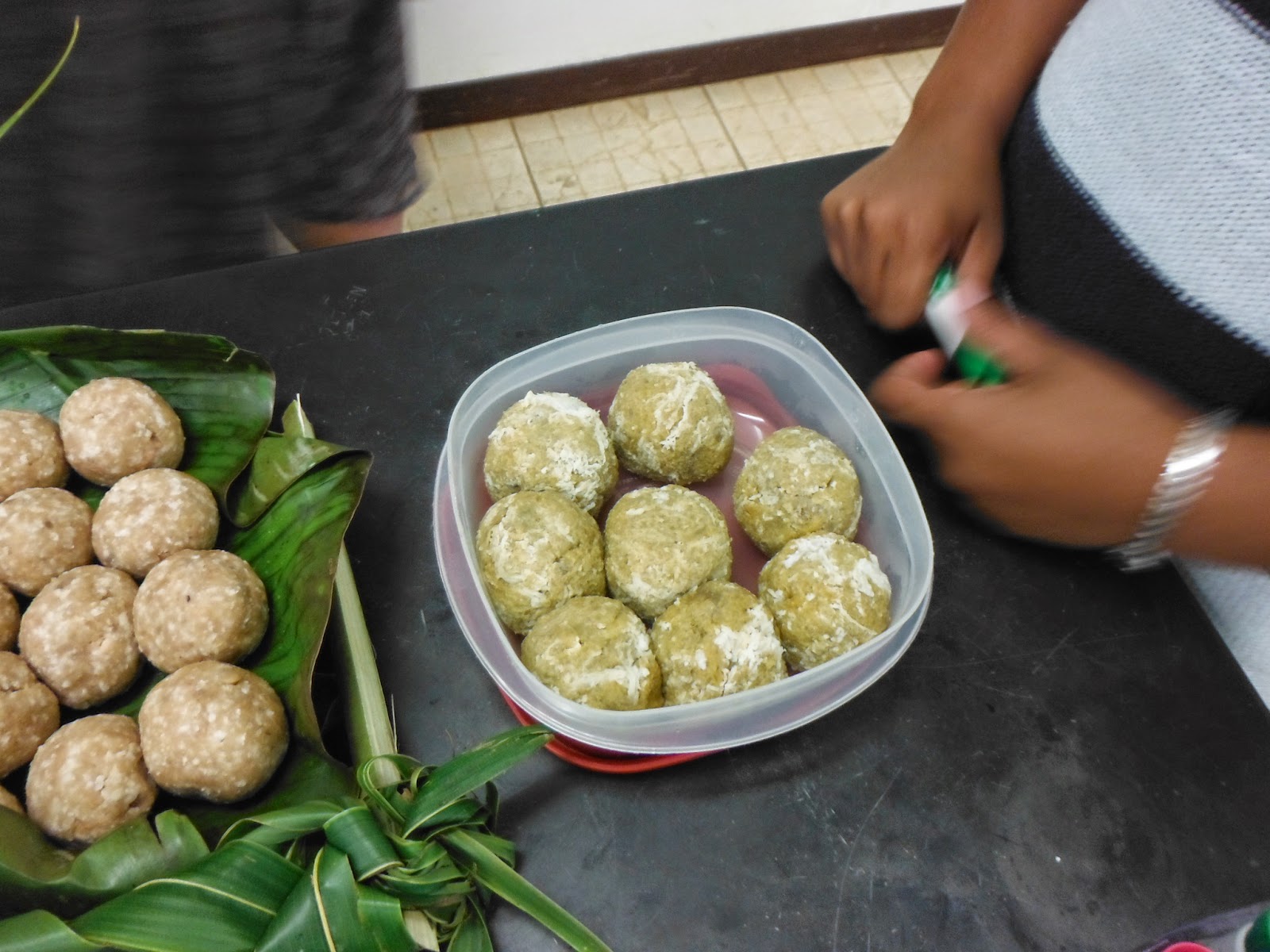 Dwayne Hadley brought a third variant that was made with no added sugar. Modern taro ball recipes often include added sugar. 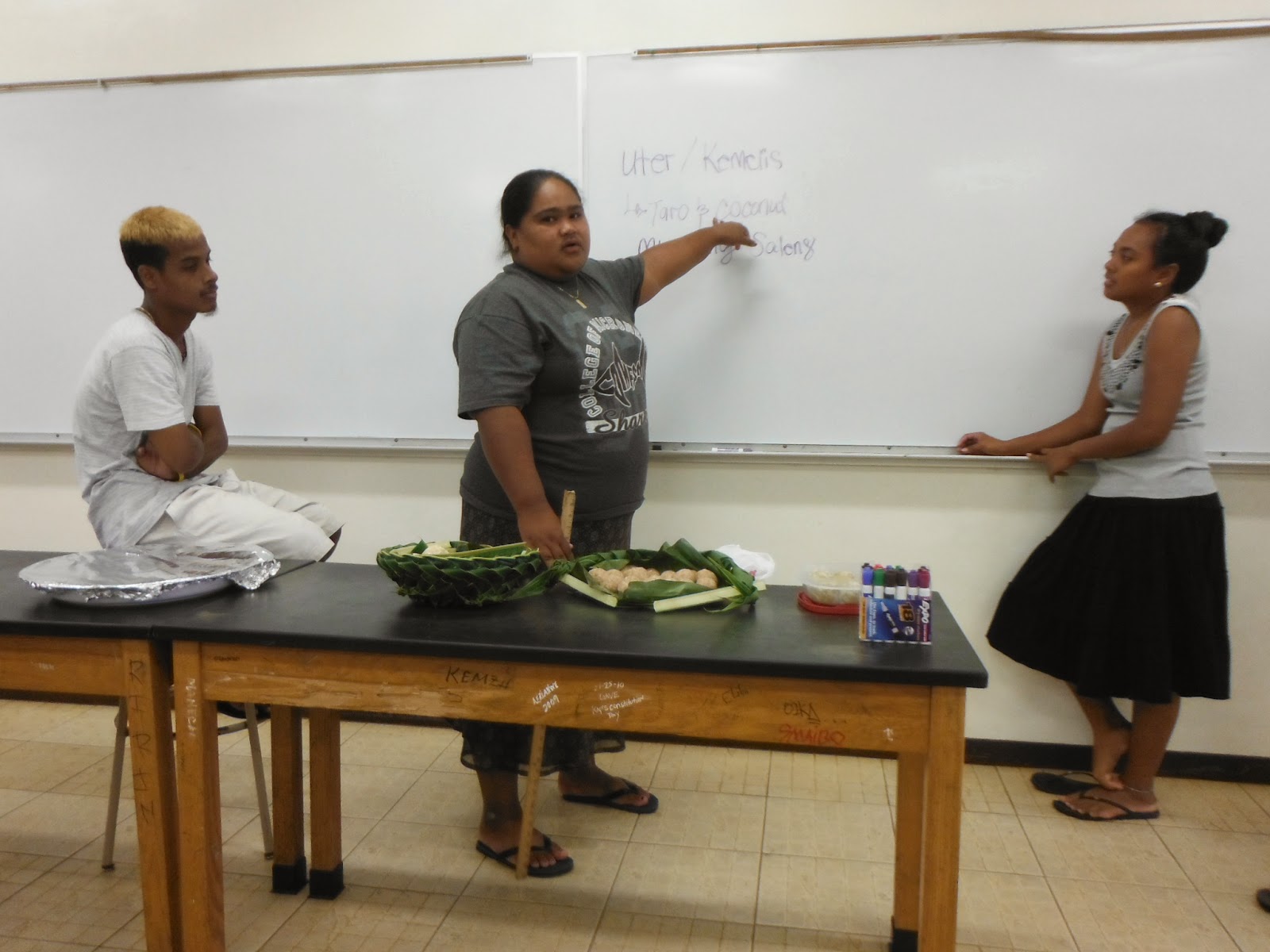 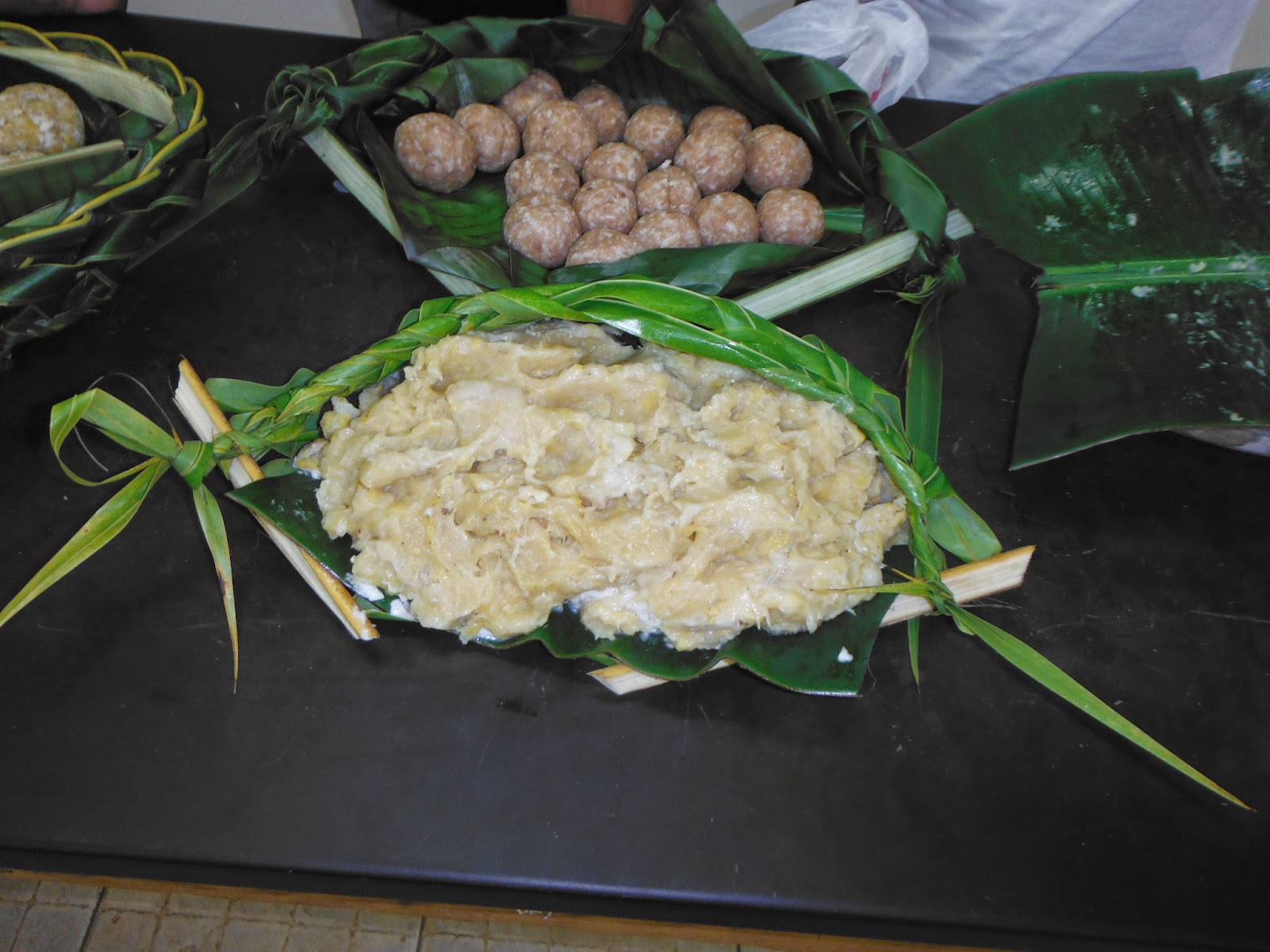 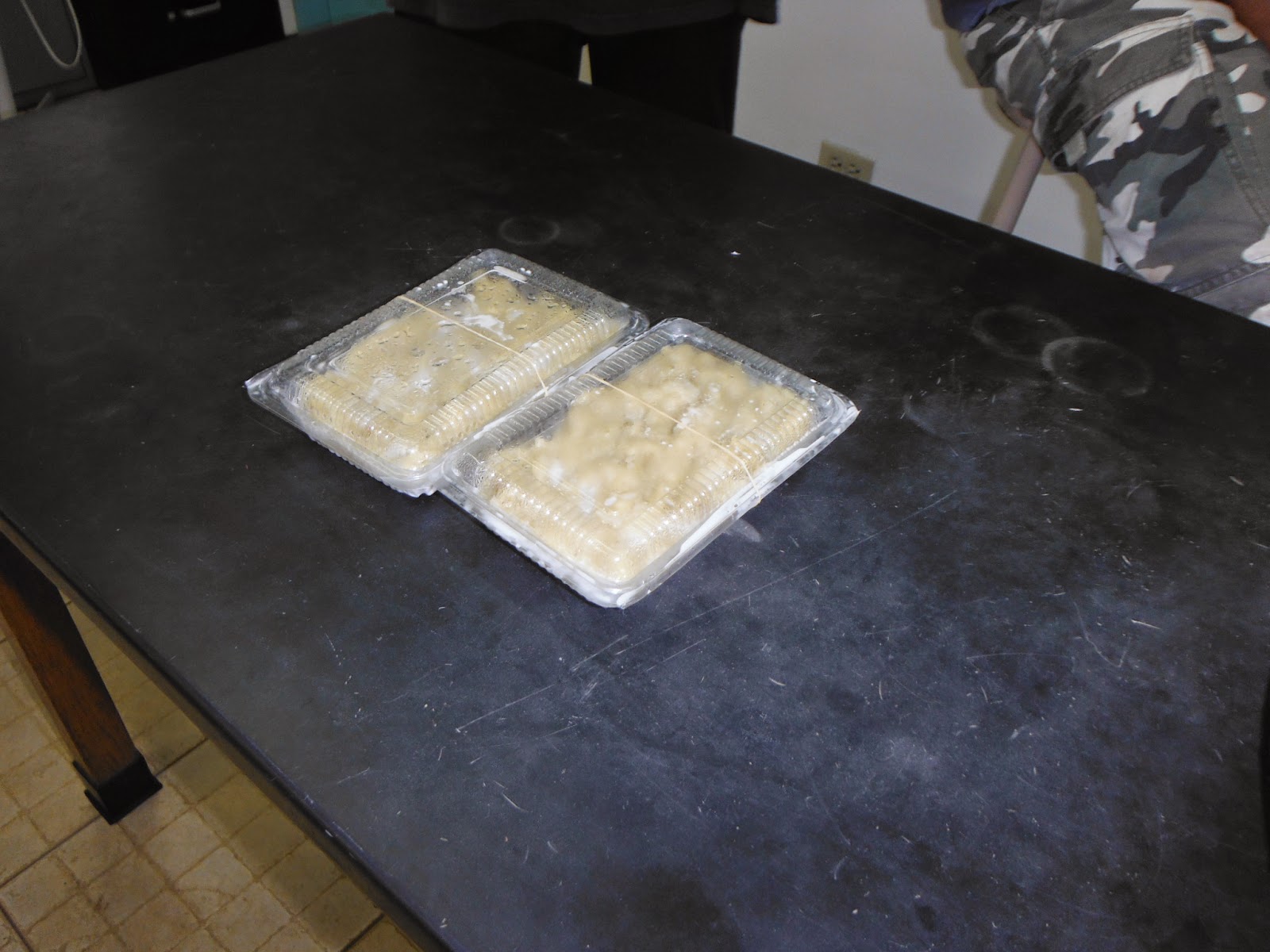 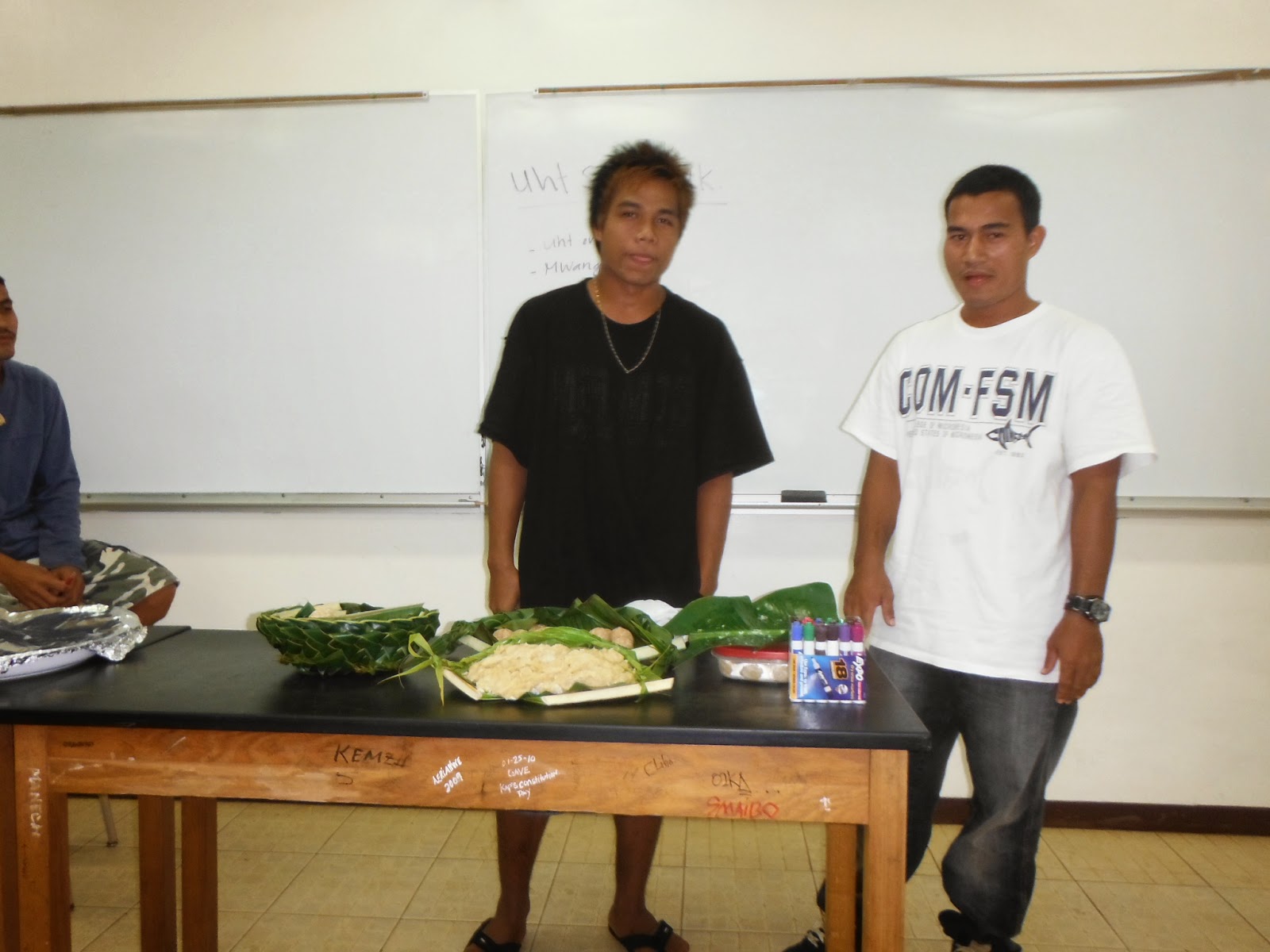 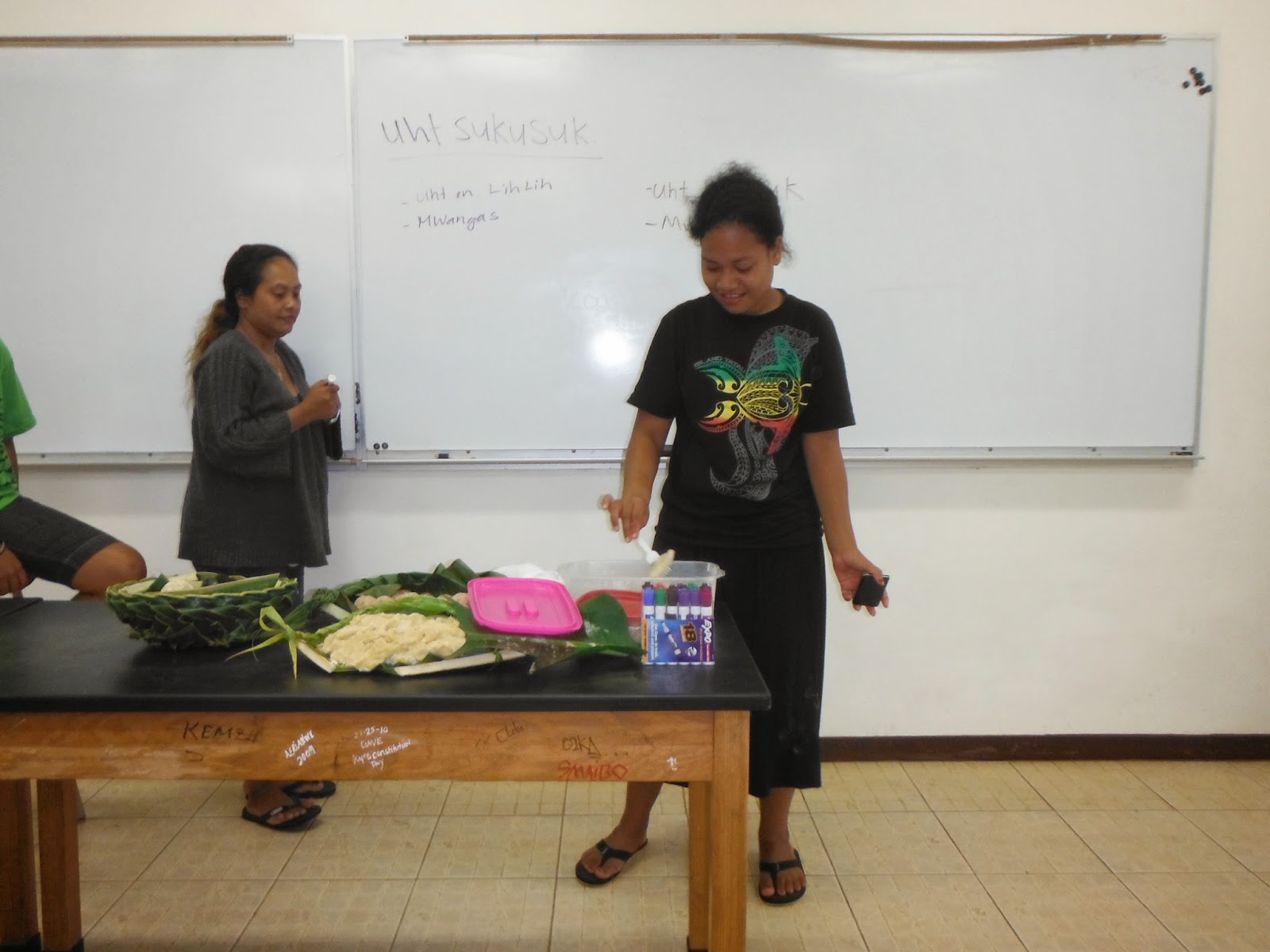 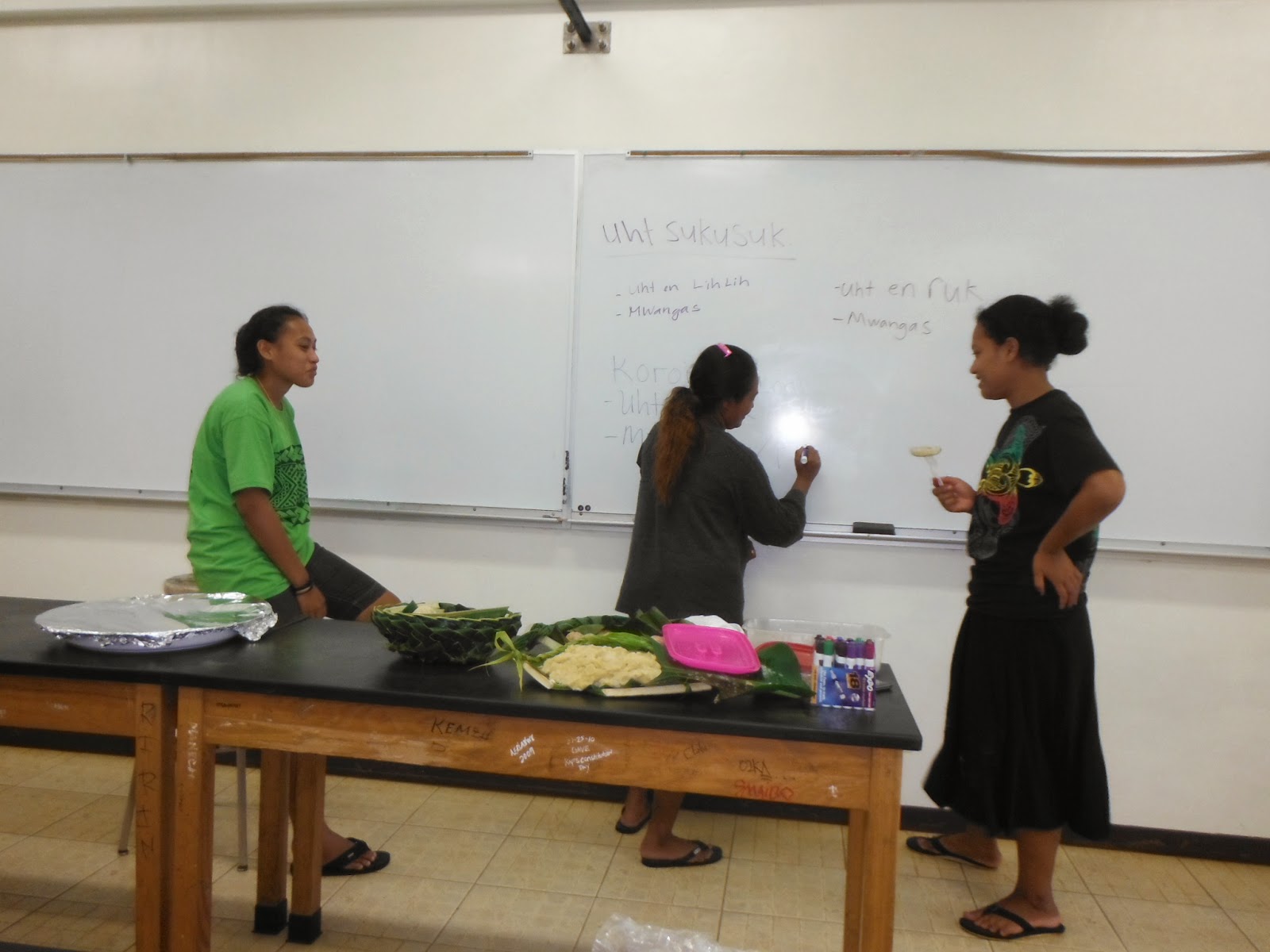 Shirley-Ann looks on as Judy Ligohr writes on the board. 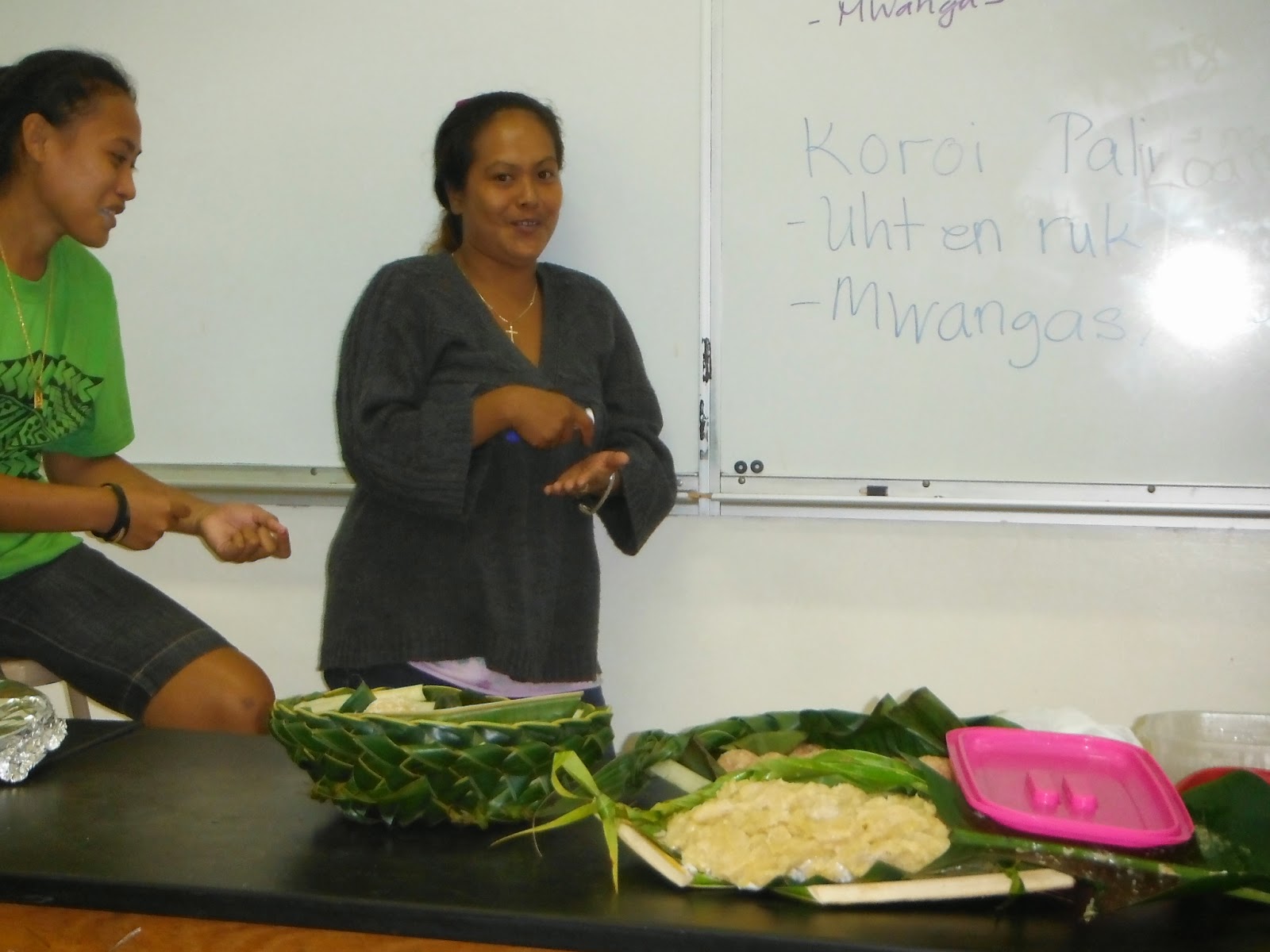 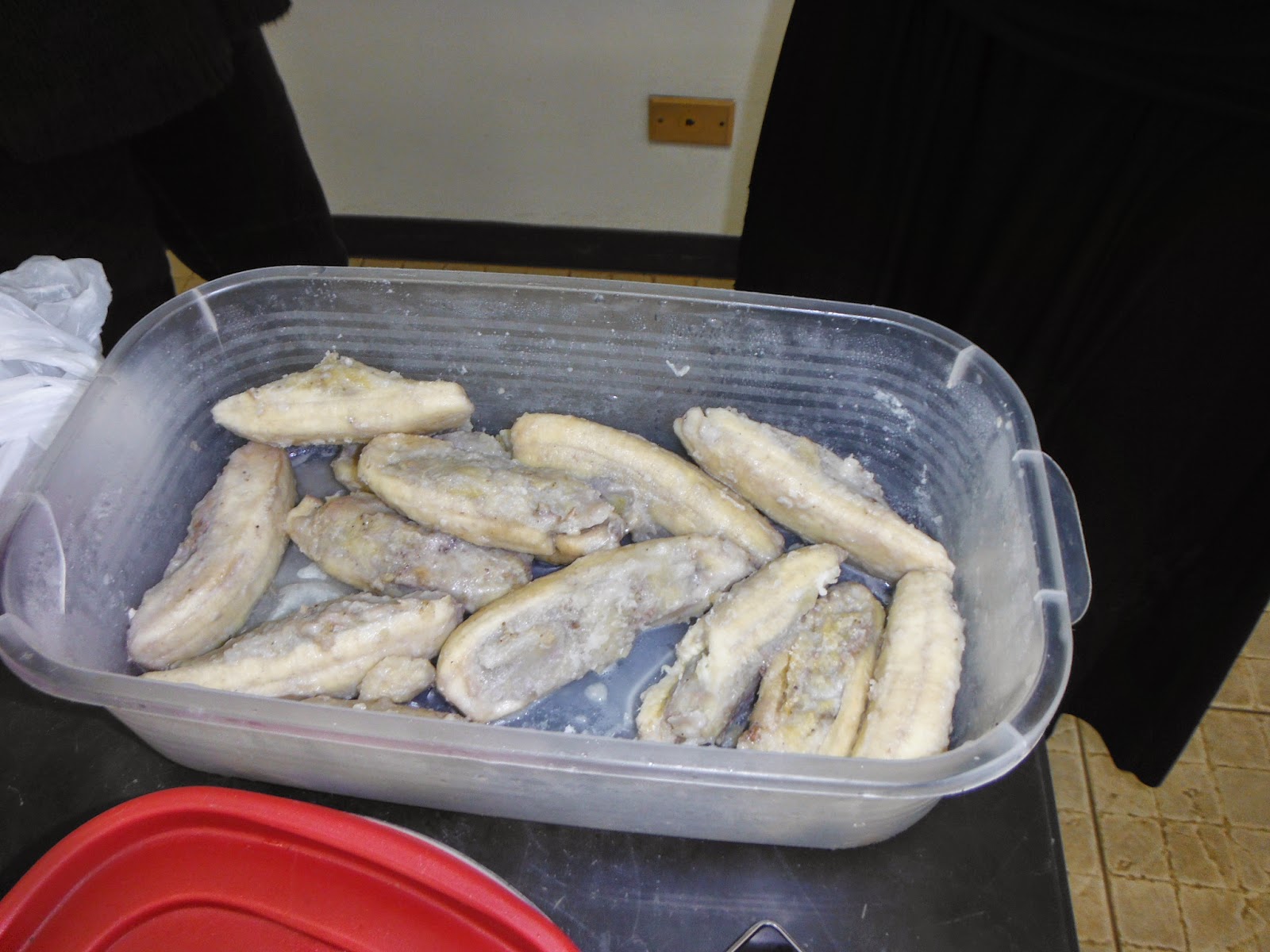 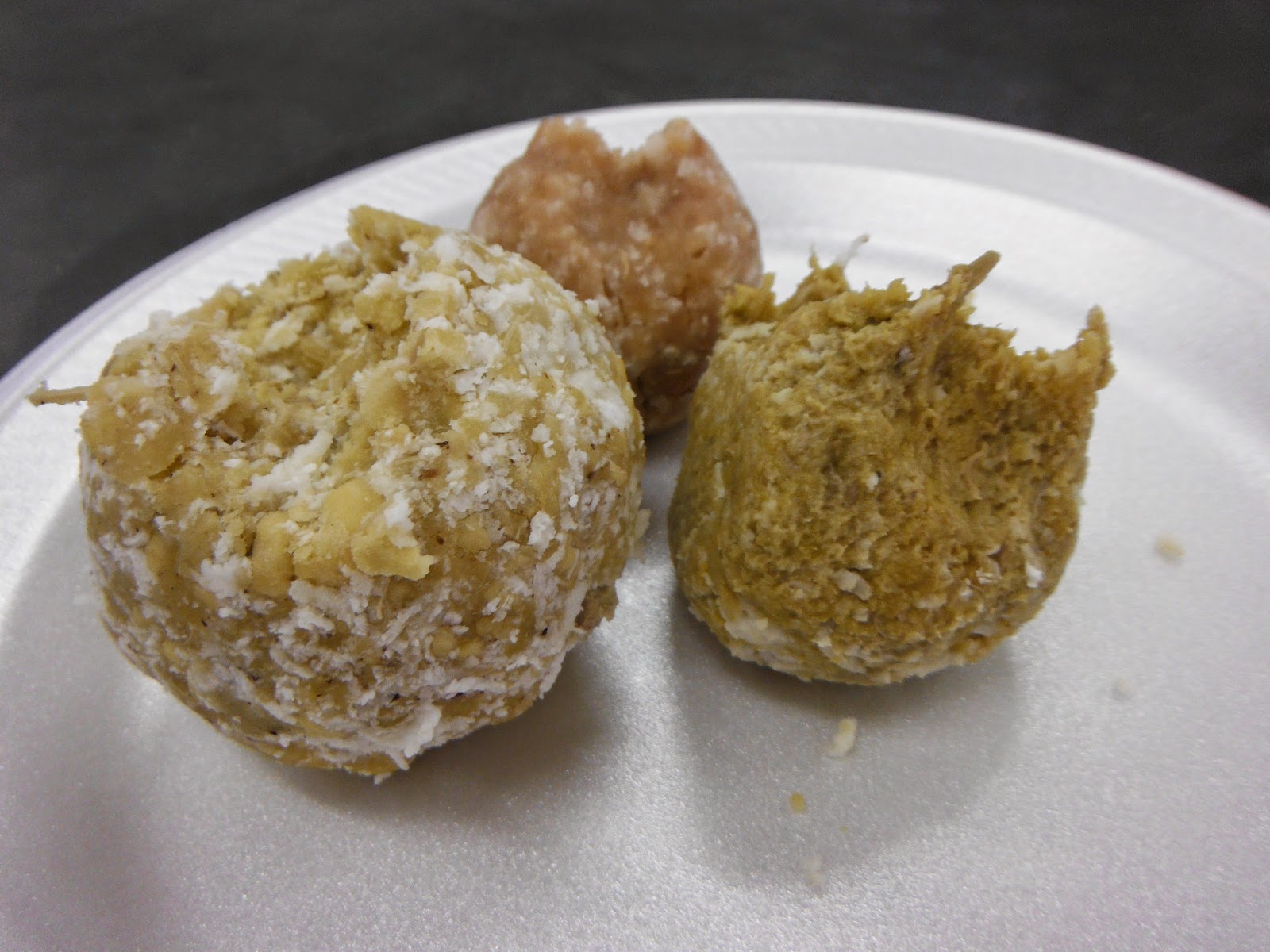 The taro balls, although made from the same basic ingredients, all came out with vastly different textures. This is why the food presentations require bringing the food: the same ingredients and same processes still produce uniquely different foods. 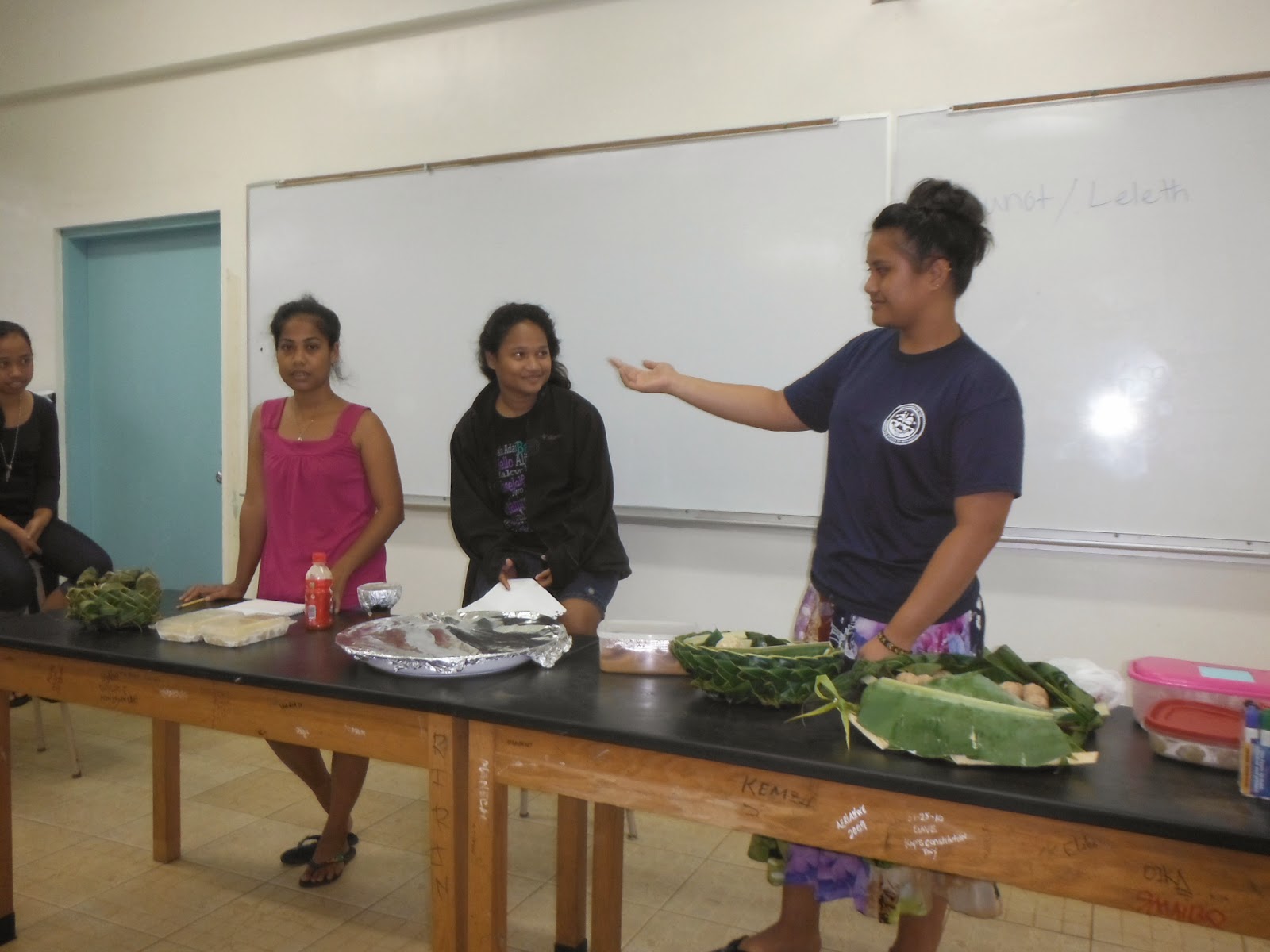 Katielyne, Kevina, and Virginia shared onouneot (outer island name) leleth (main island name), a coconut candy made from grated coconut and caramelized coconut tree sap. Copra is grated and dried, then rubbed in one's hands to make it smaller. Coconut sap is then cooked down and caramelized (nuuhr in the outer islands, leech on the main island, related to the Kosraean fafa topping el). The candy was carried by men on long fishing voyages. 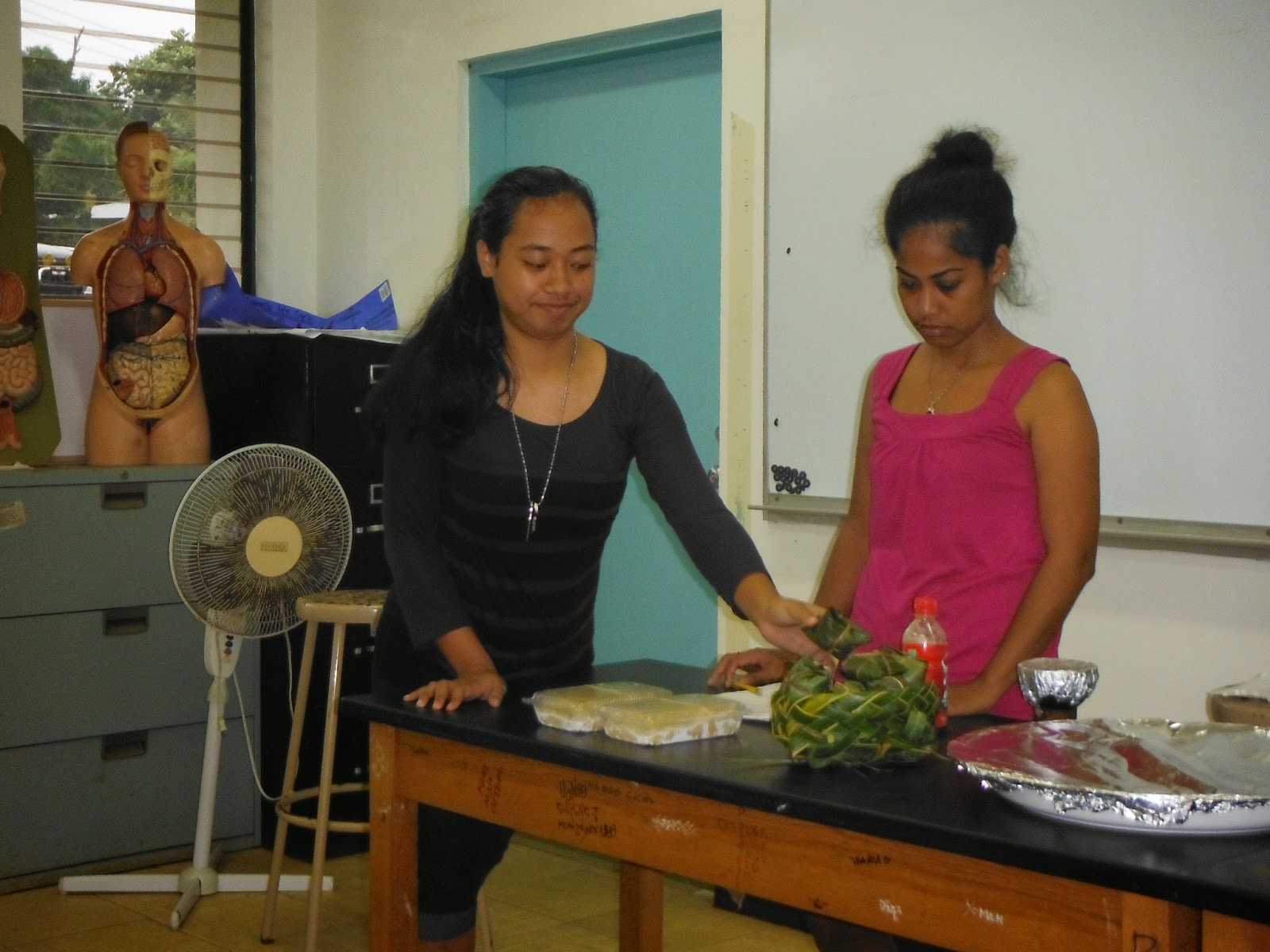 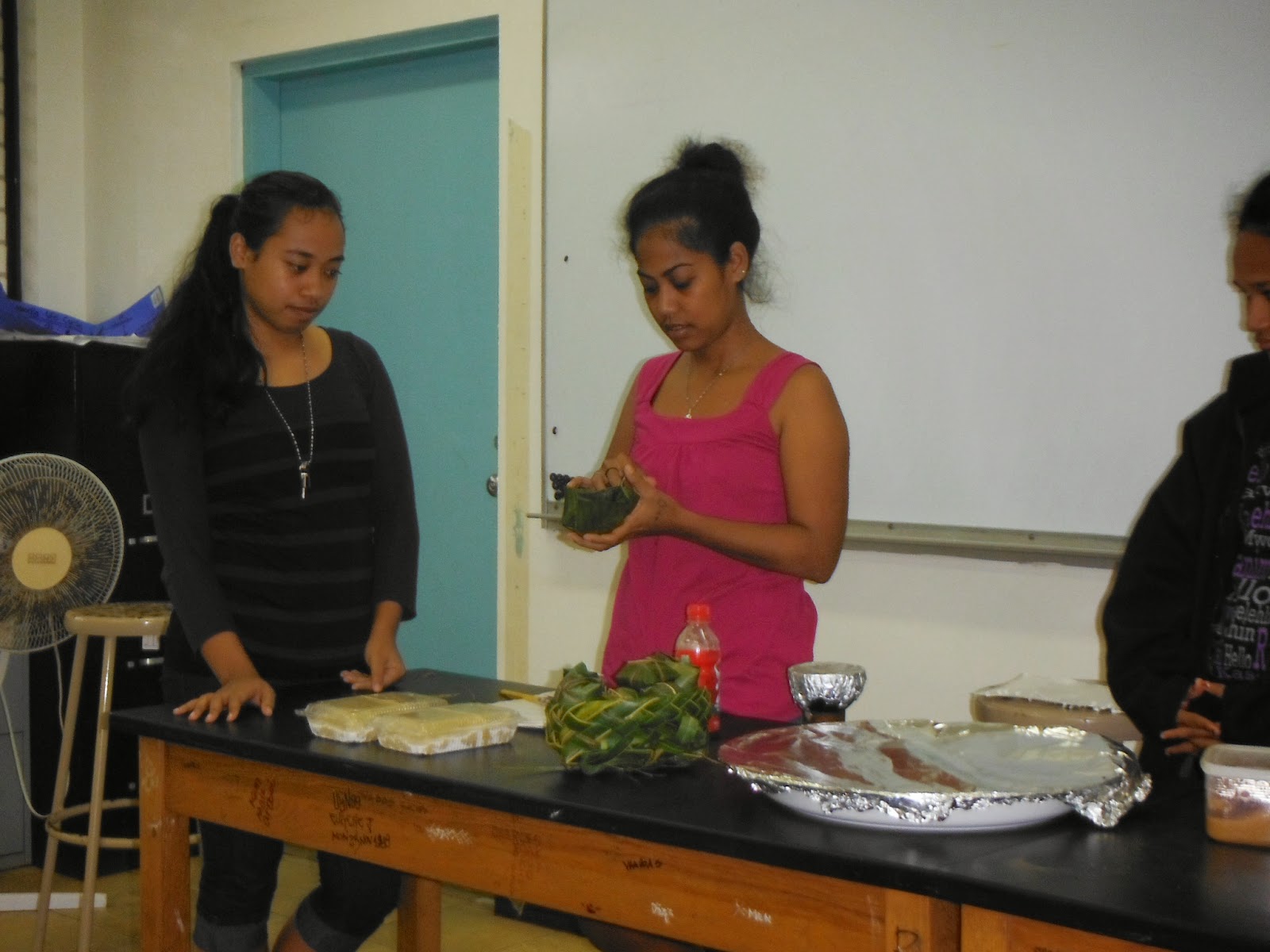 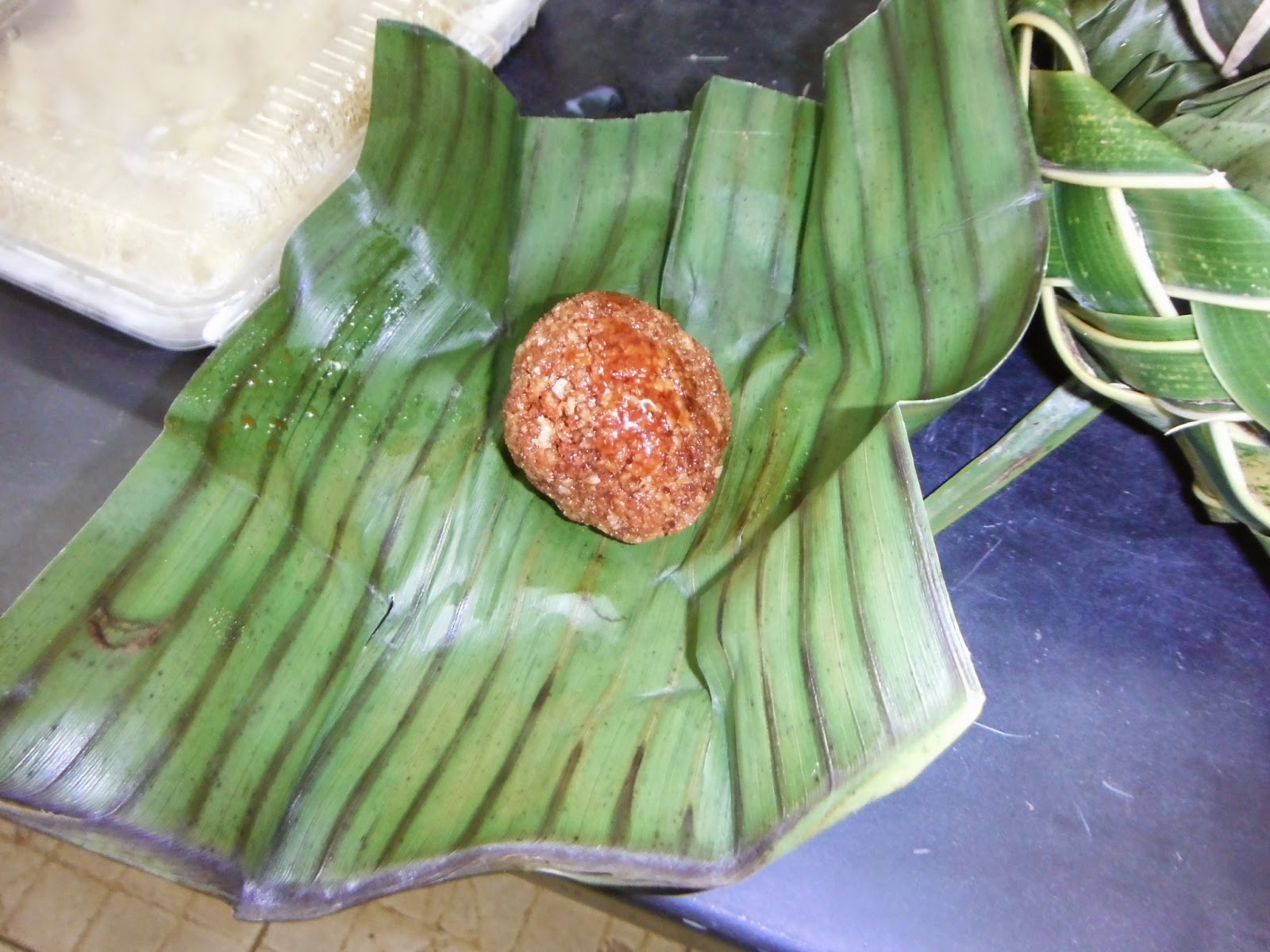 Onounet, leleth, an island confection. The ball is hard and crunchy. 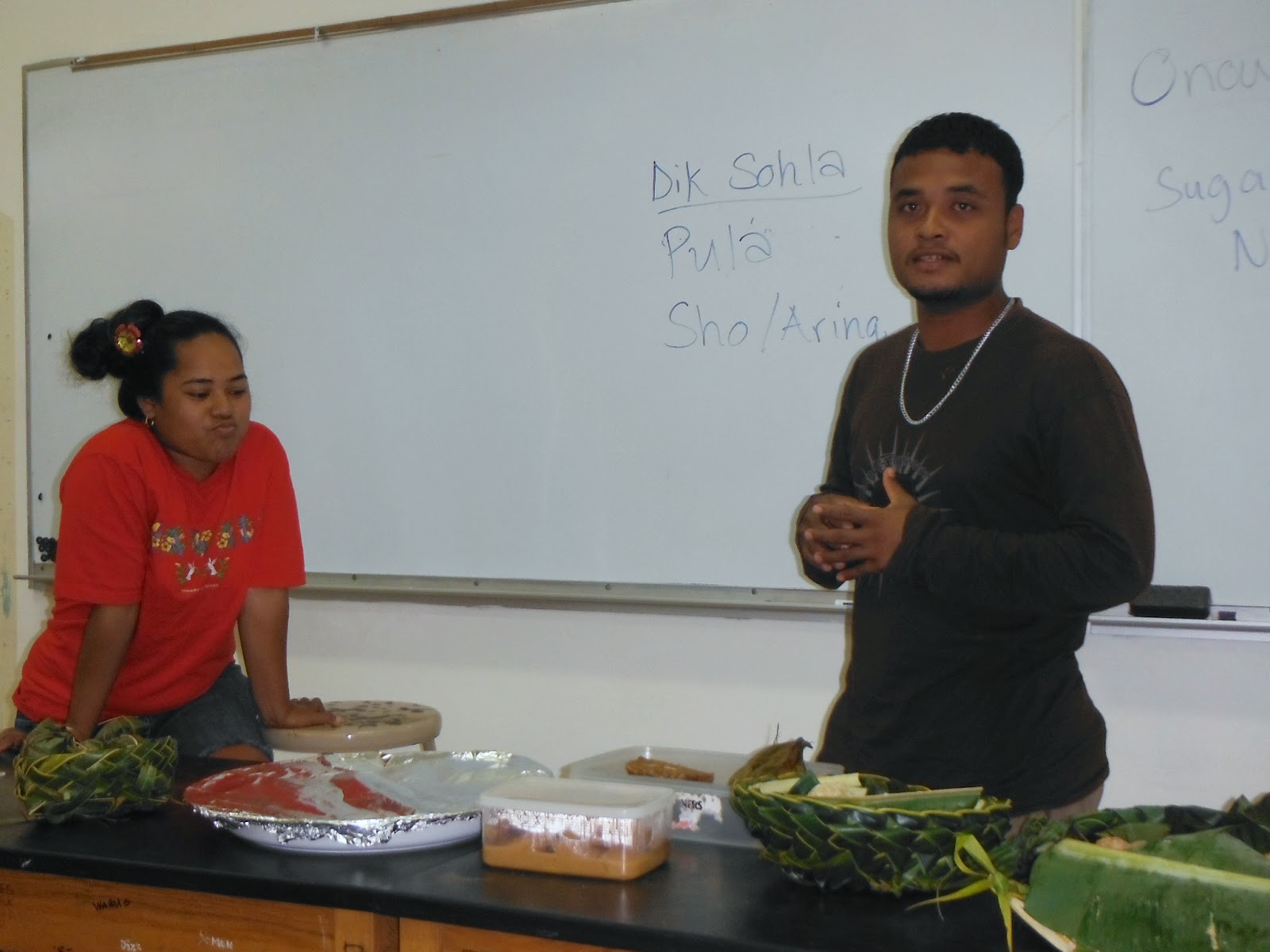 Eliza and Rockson present a taro dish with a coconut milk topping.
ethnobotany