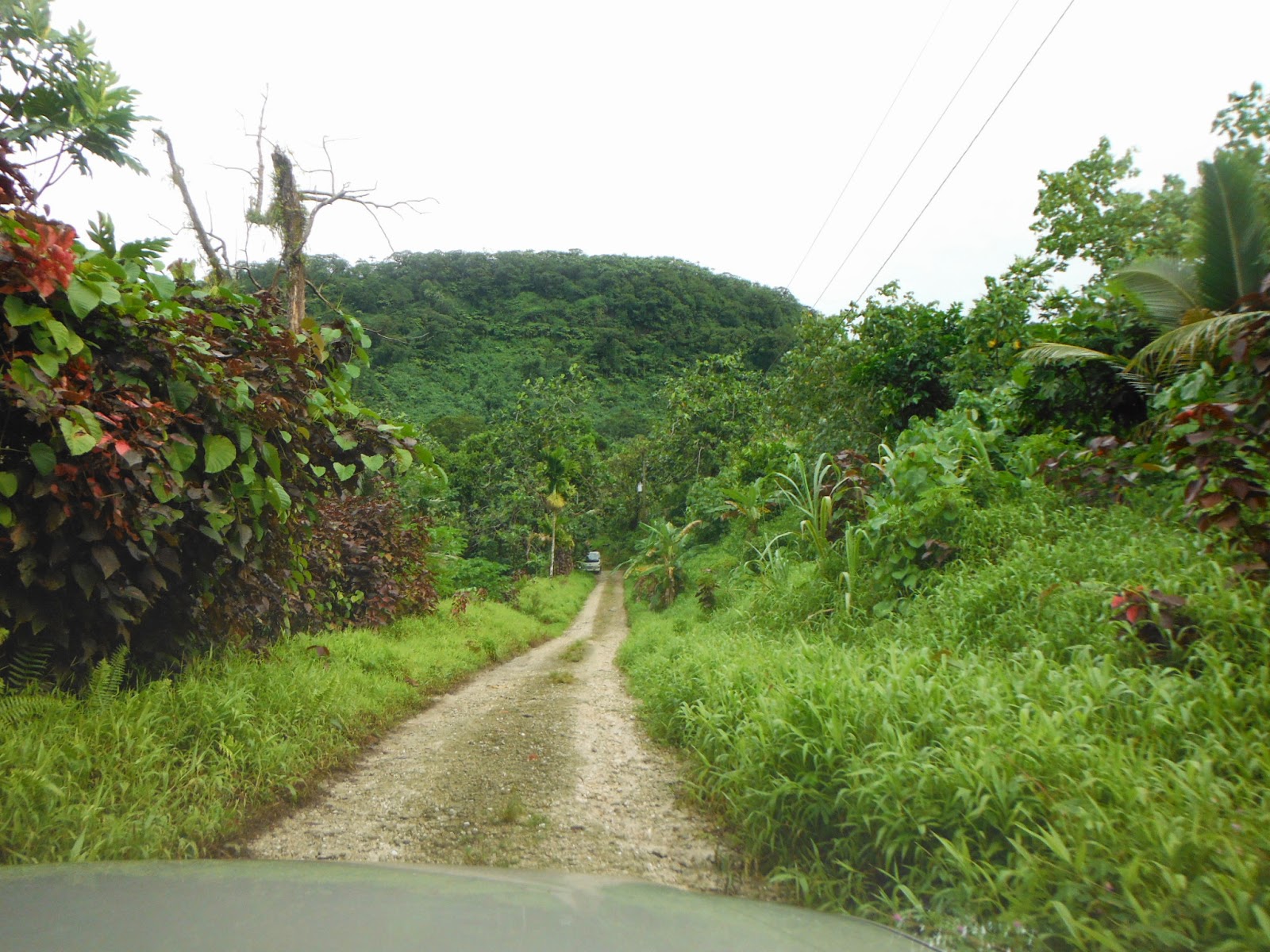 The drive up onto the ridge line was scenic and all uphill. 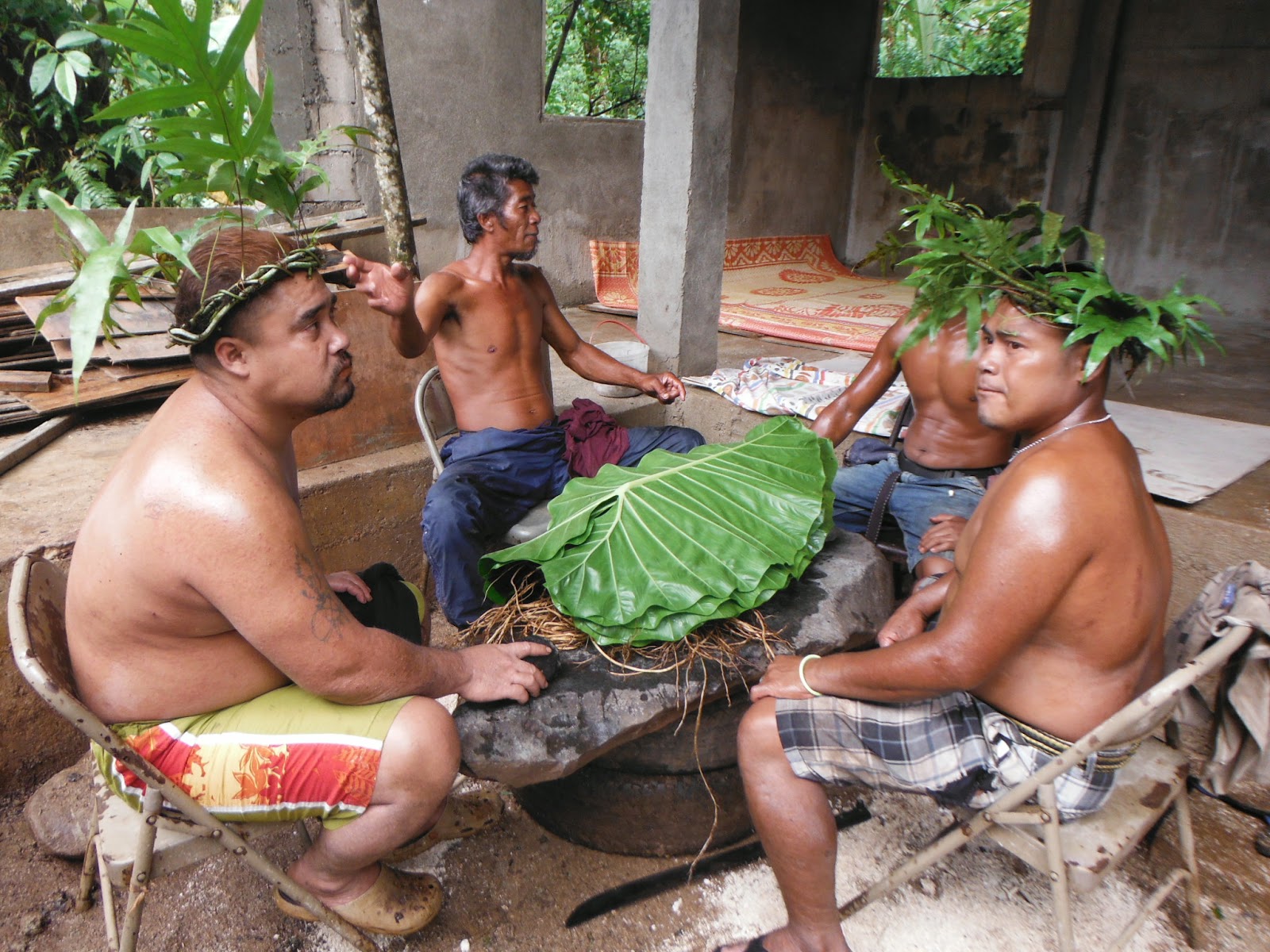 At the nahs the wie sak were already in place waiting for the class. Two peitehl were put into action each with four pounders, shirtless as is the tradition, coated in coconut oil. 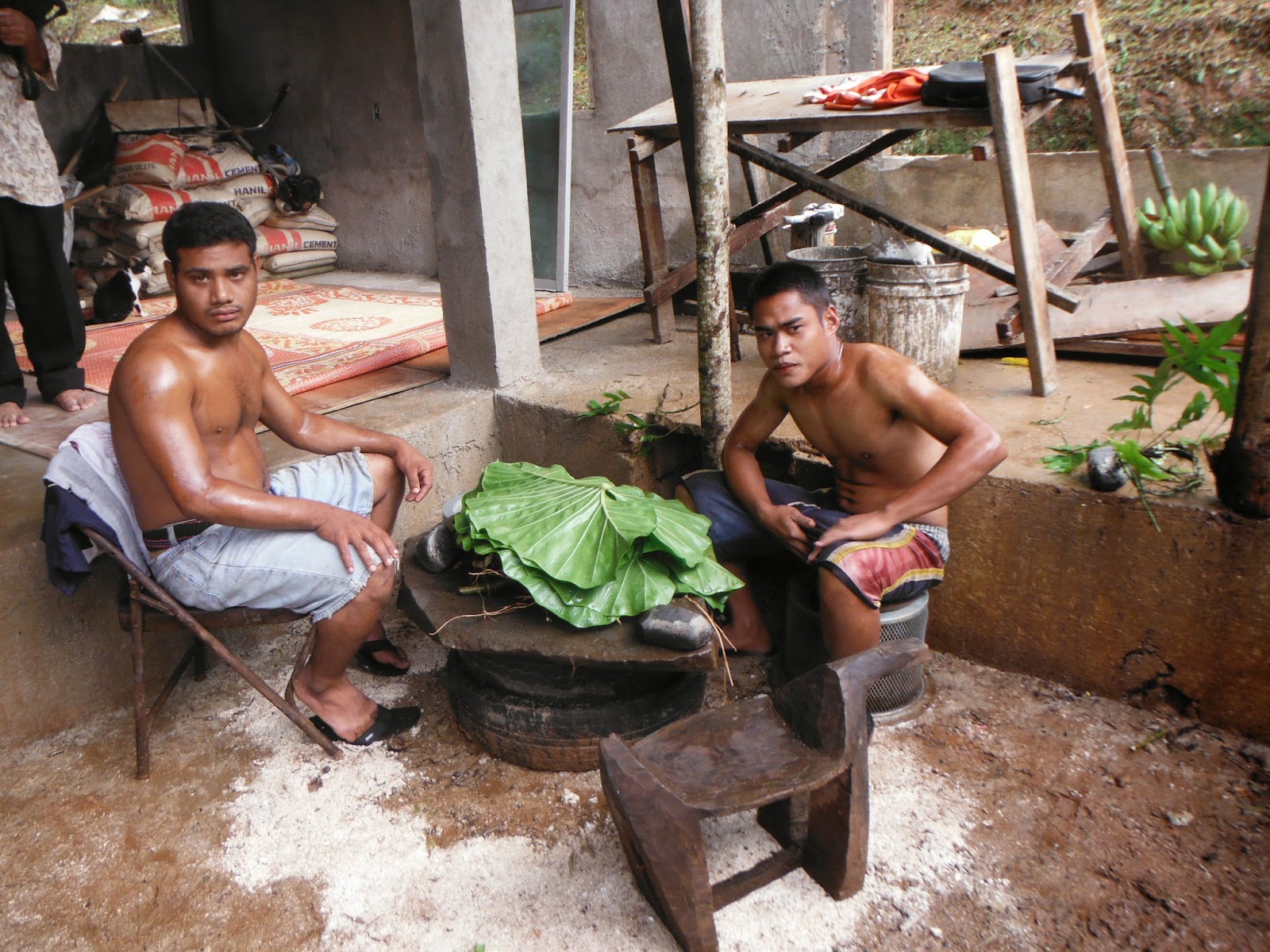 The second peitehl would later have four pounders in place. 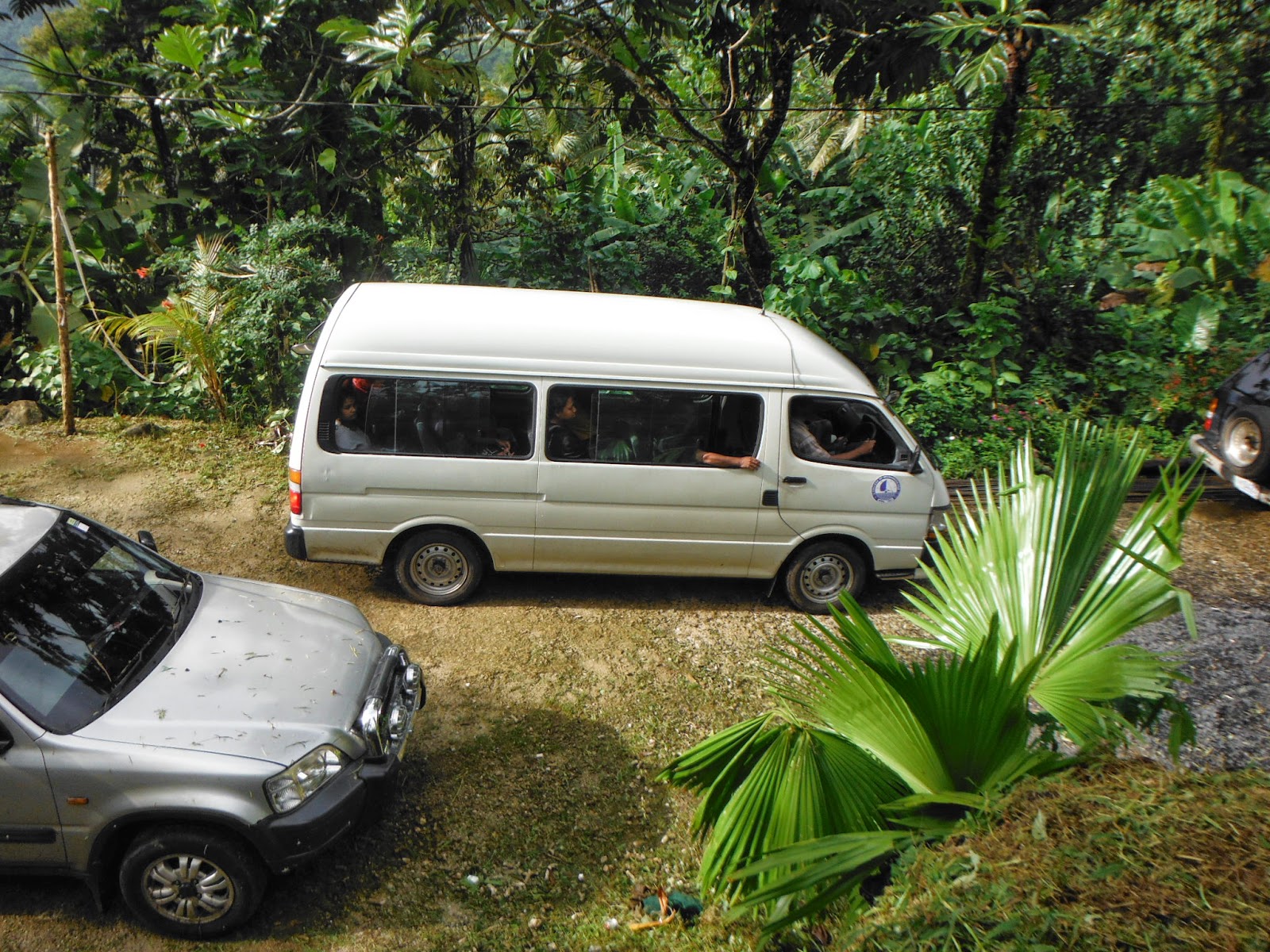 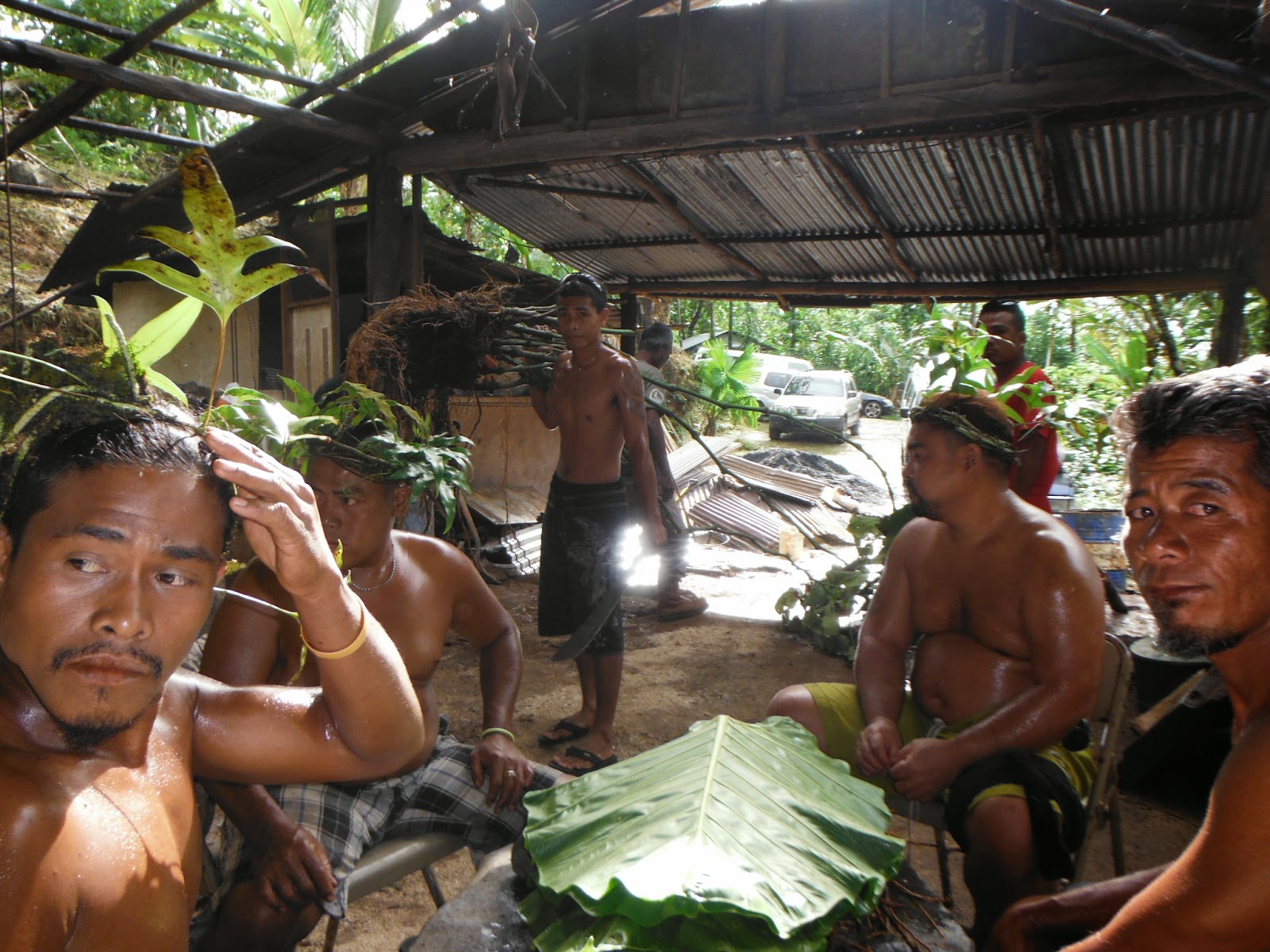 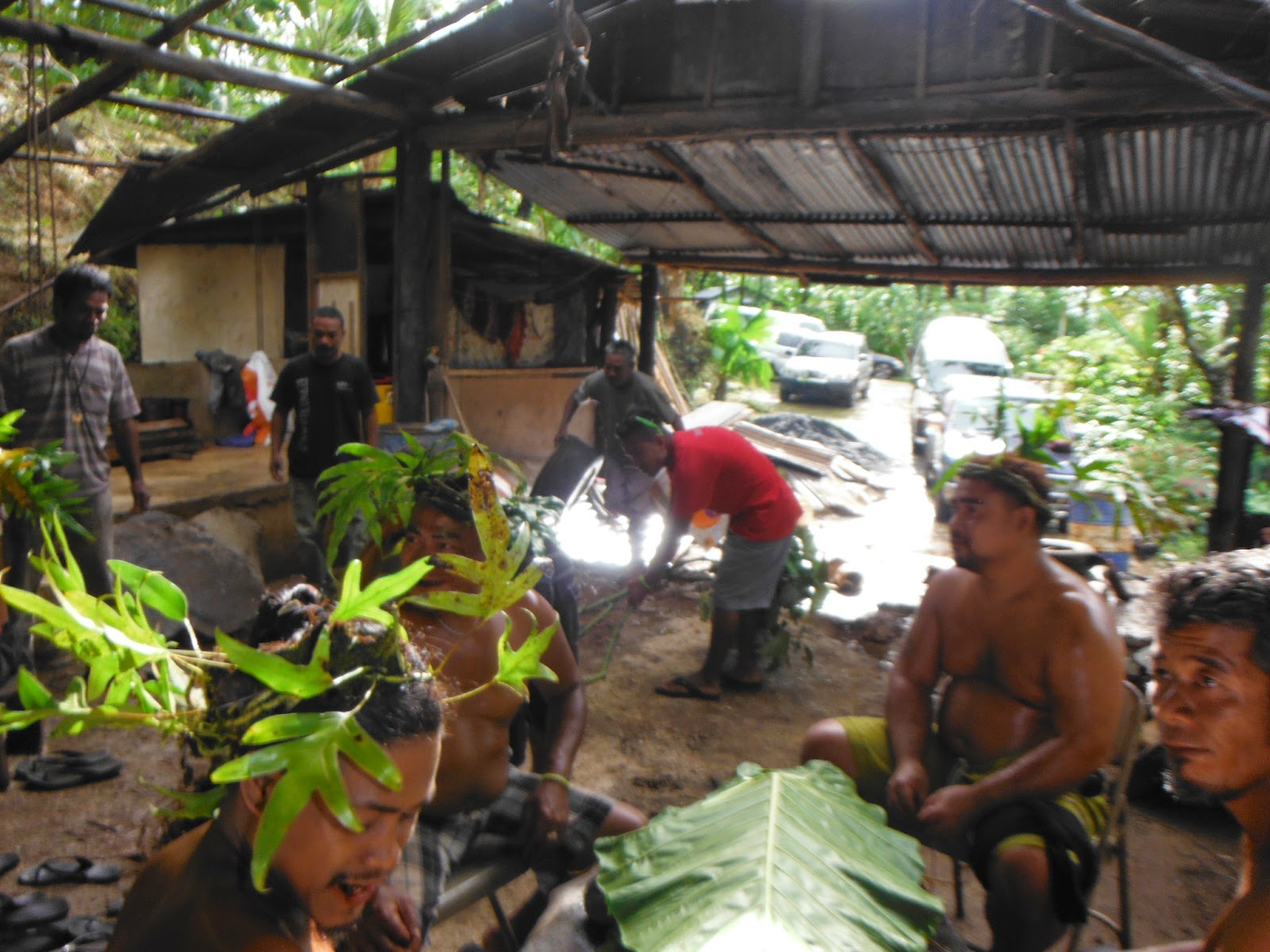 The stems are cut. 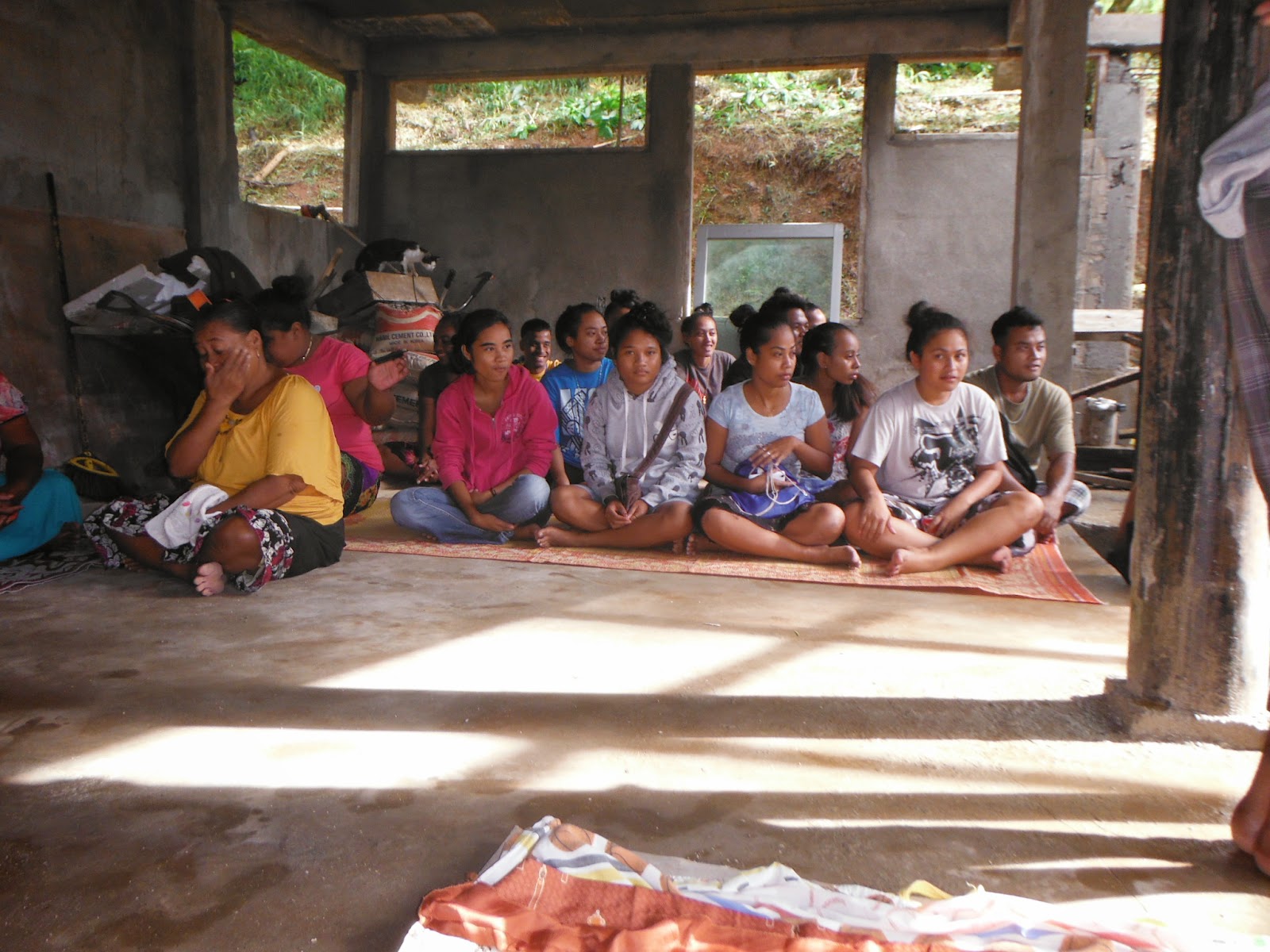 The class was seated in the place of honor on the high platrom. Sandra You, Kevina Berngun, Katielyne Nianugmwar, Melody Tulenkun in the front row. An oaurir for the wife of the soumas on the left. 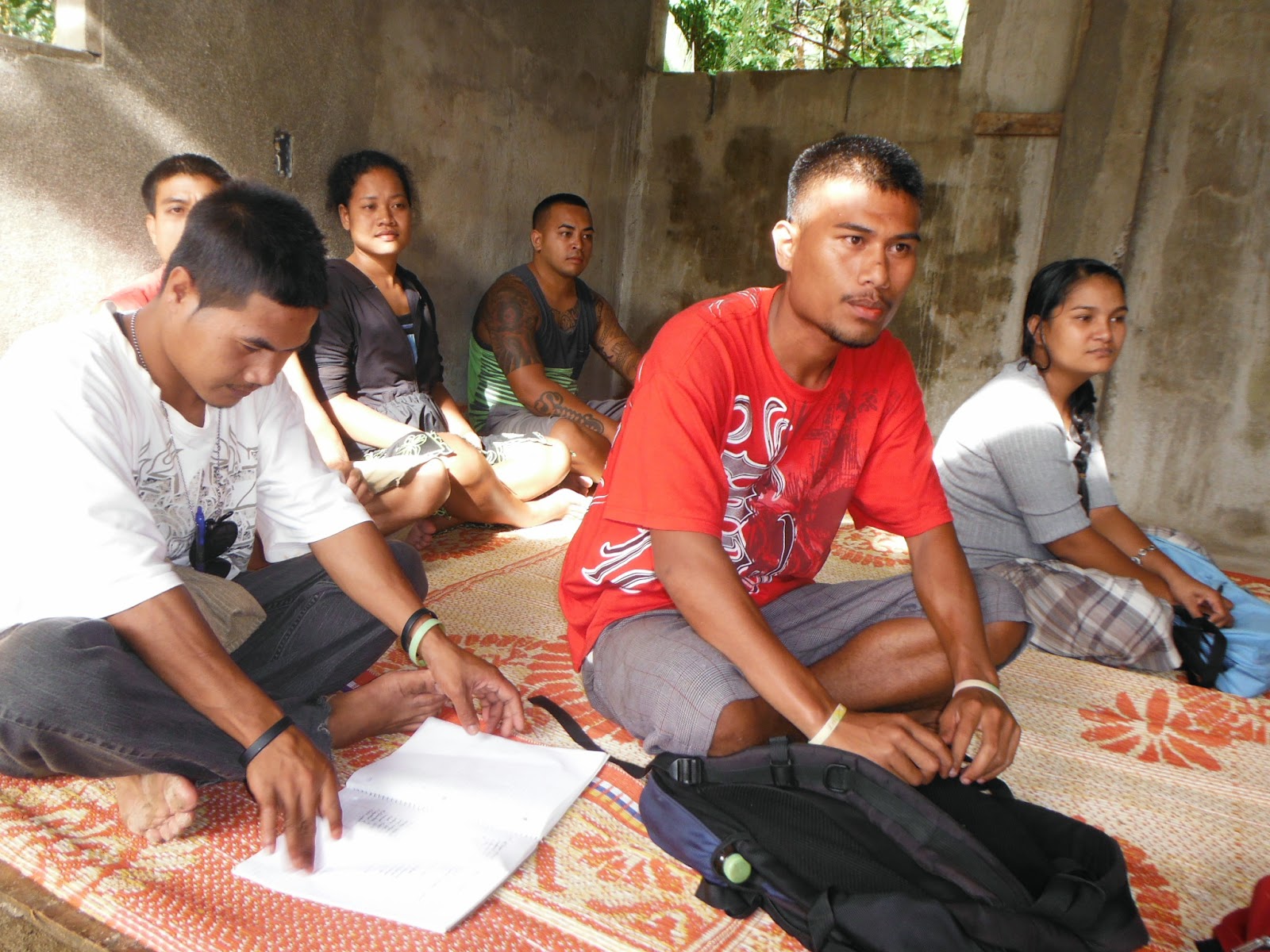 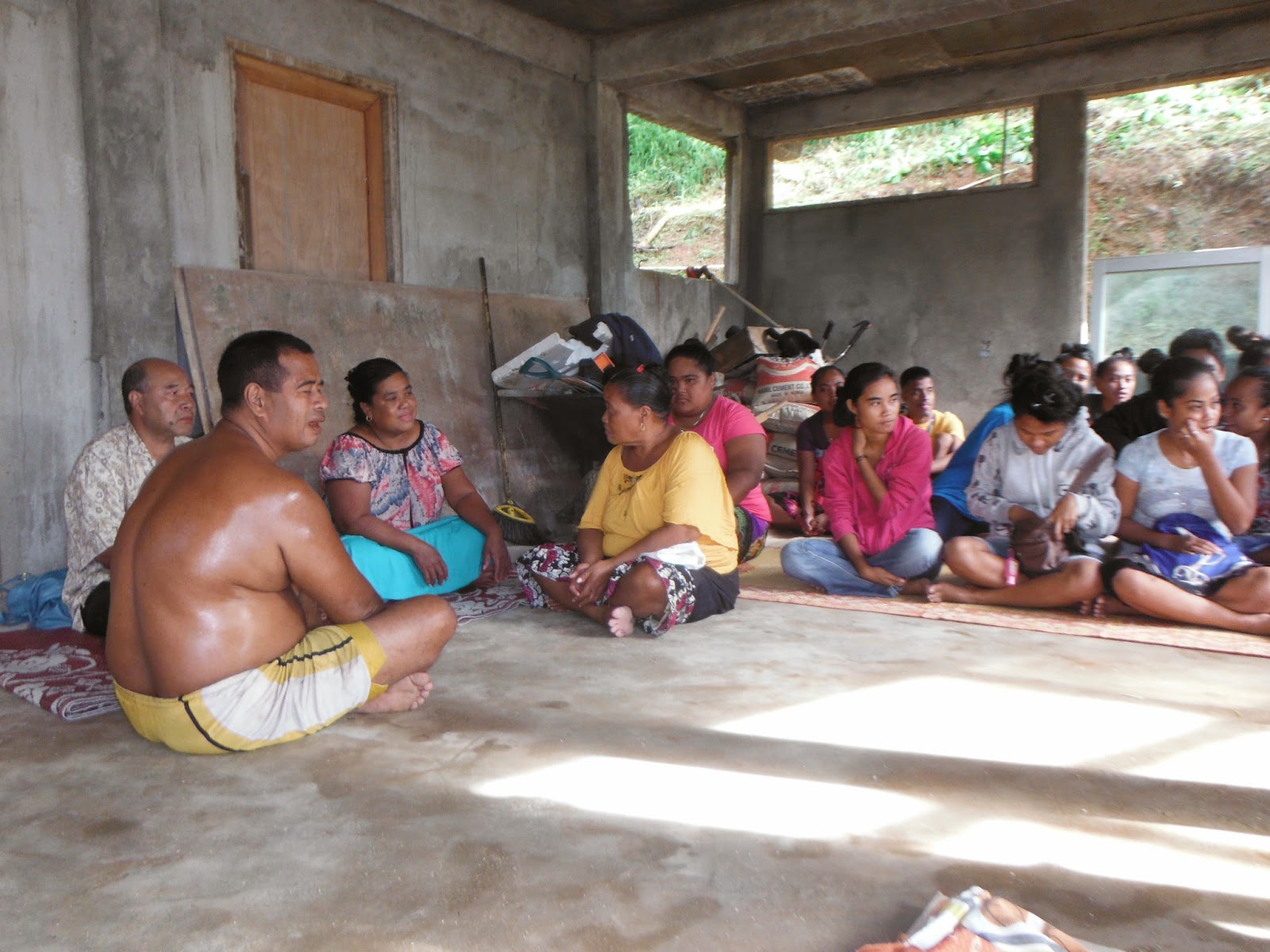 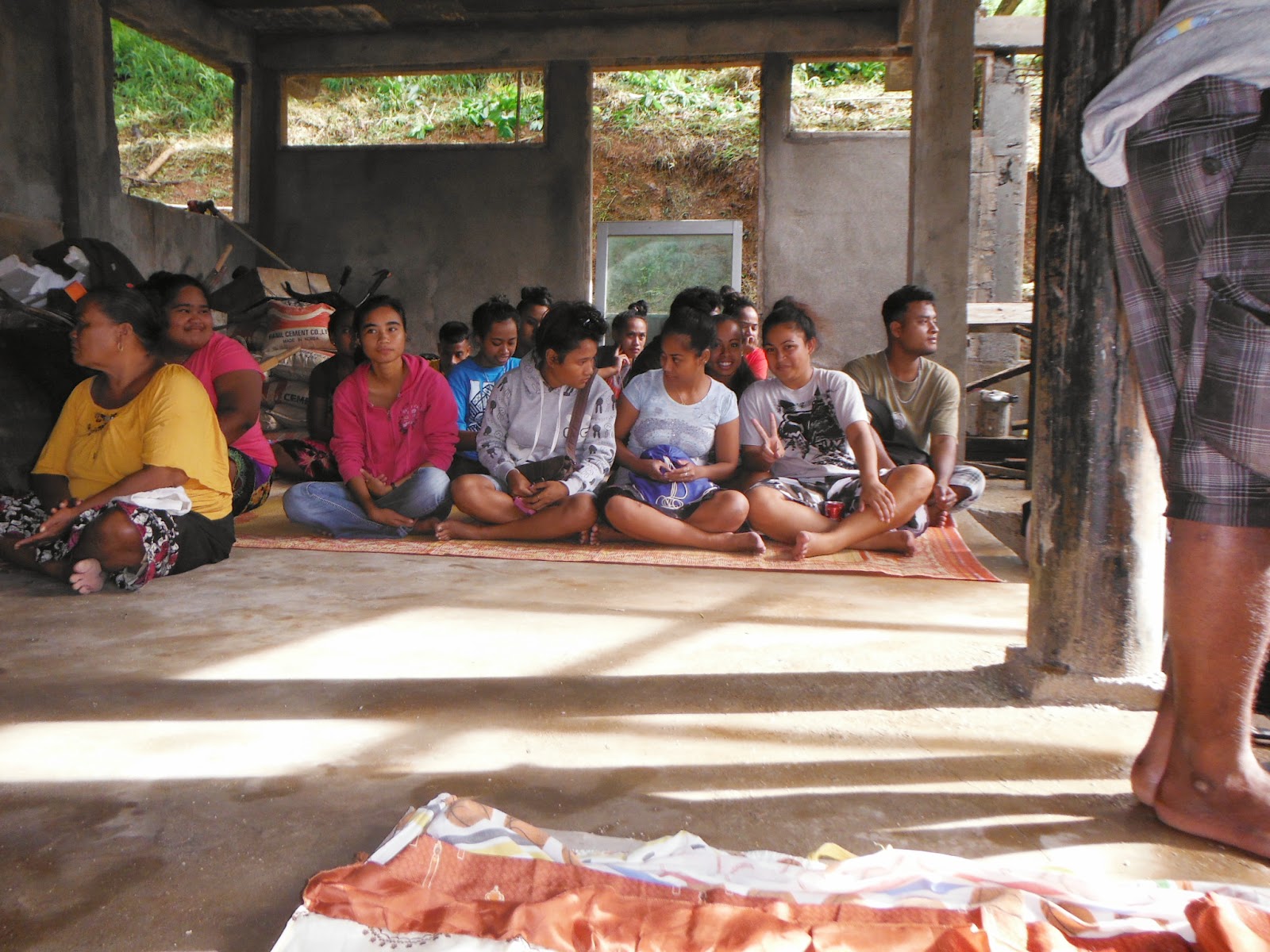 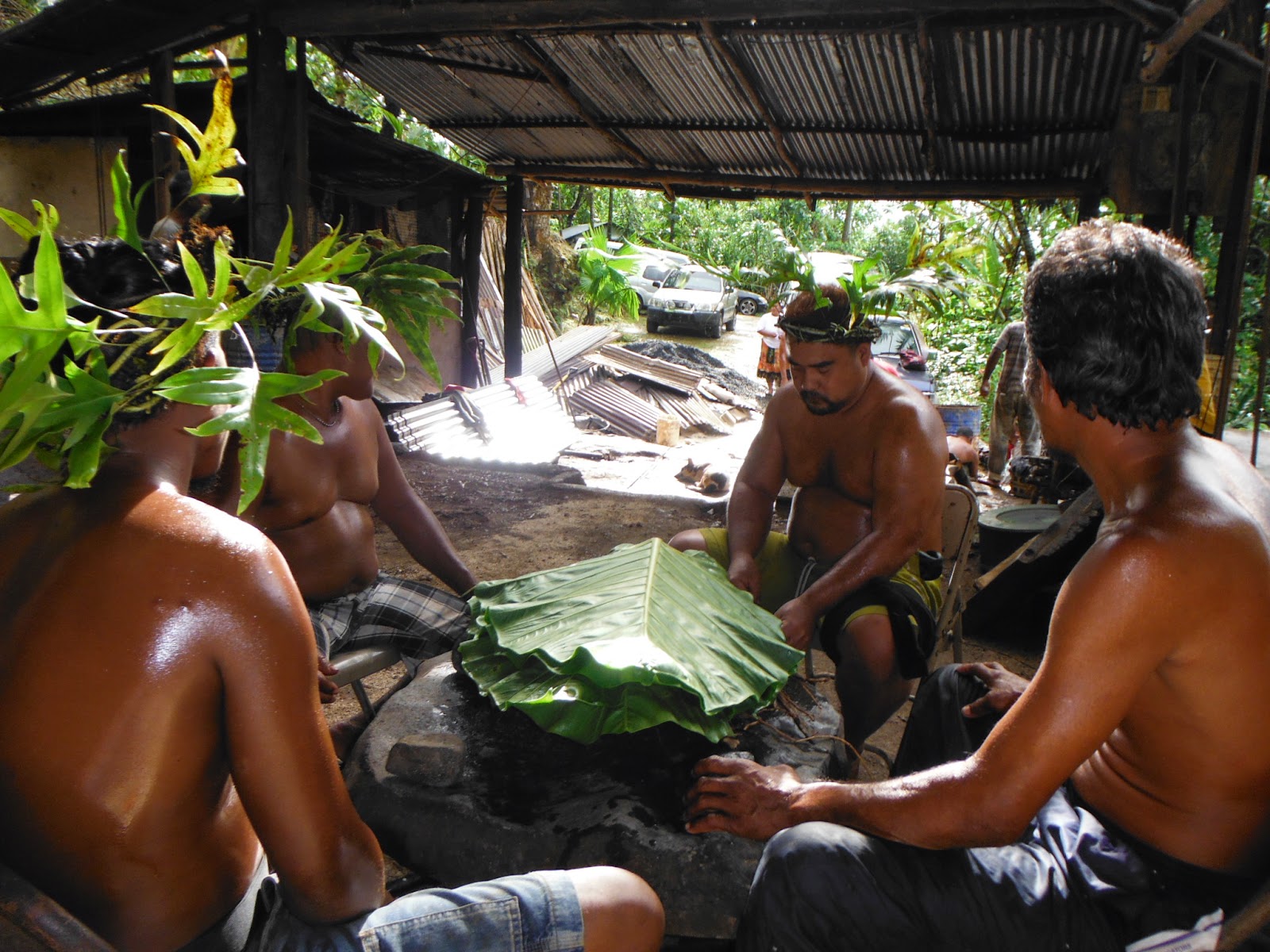 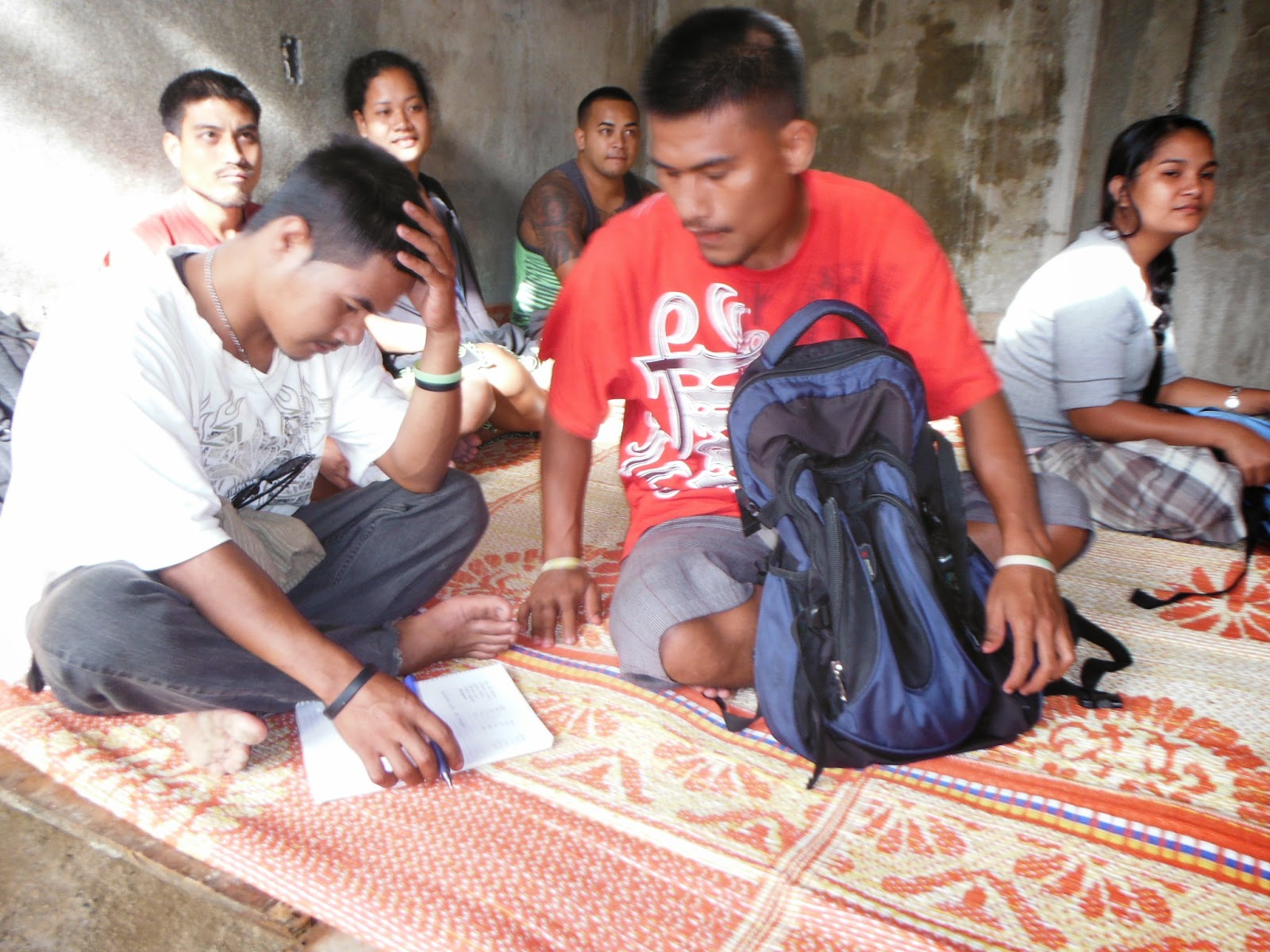 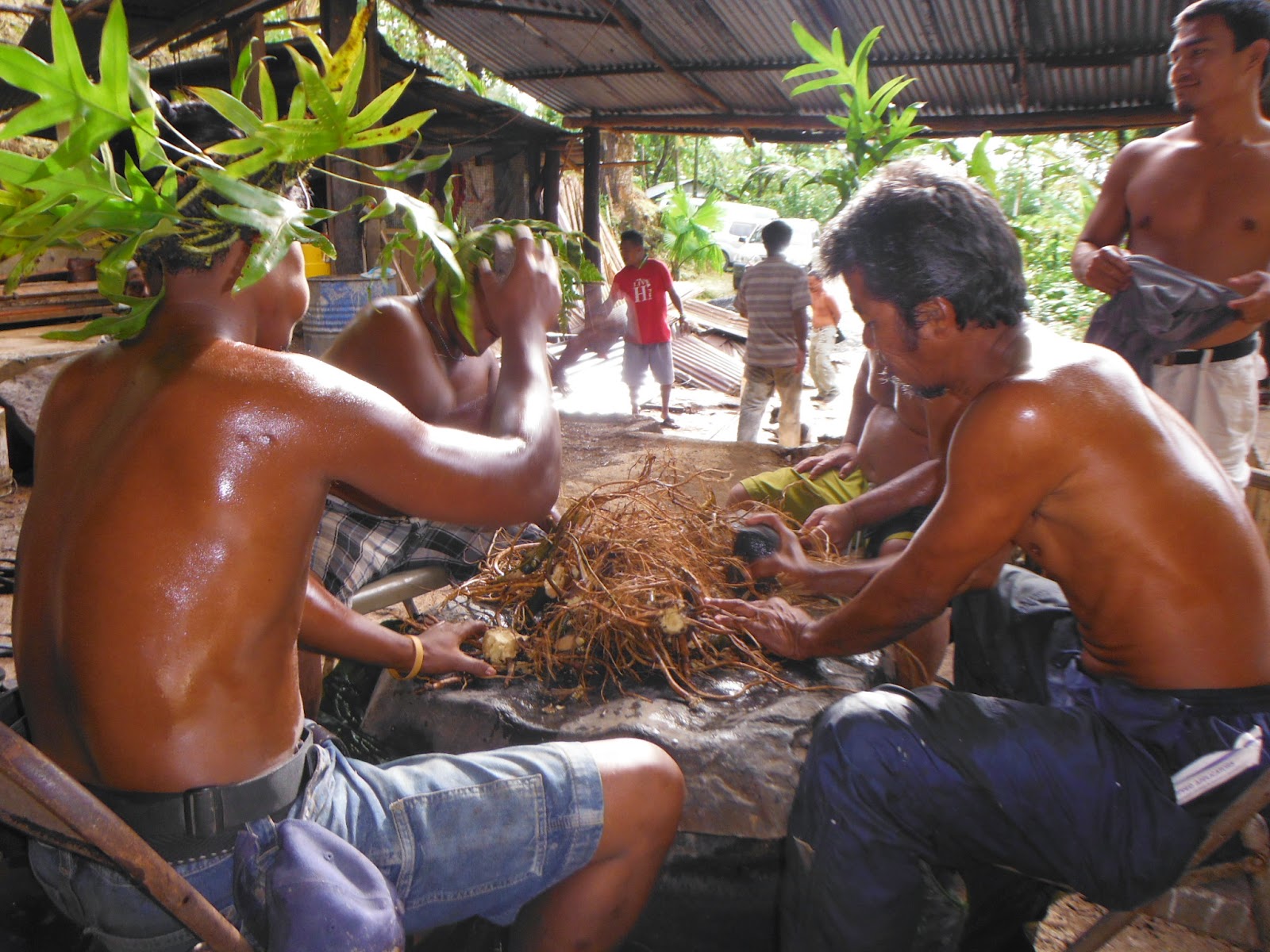 
There is a musical quality to the pounding. Note that some pounders stop pounding the sakau and play a something akin to a double time beat on the edge of the peitehl (the large stone on which the sakau is pounded).This is a performance, a celebration, a happy tune. 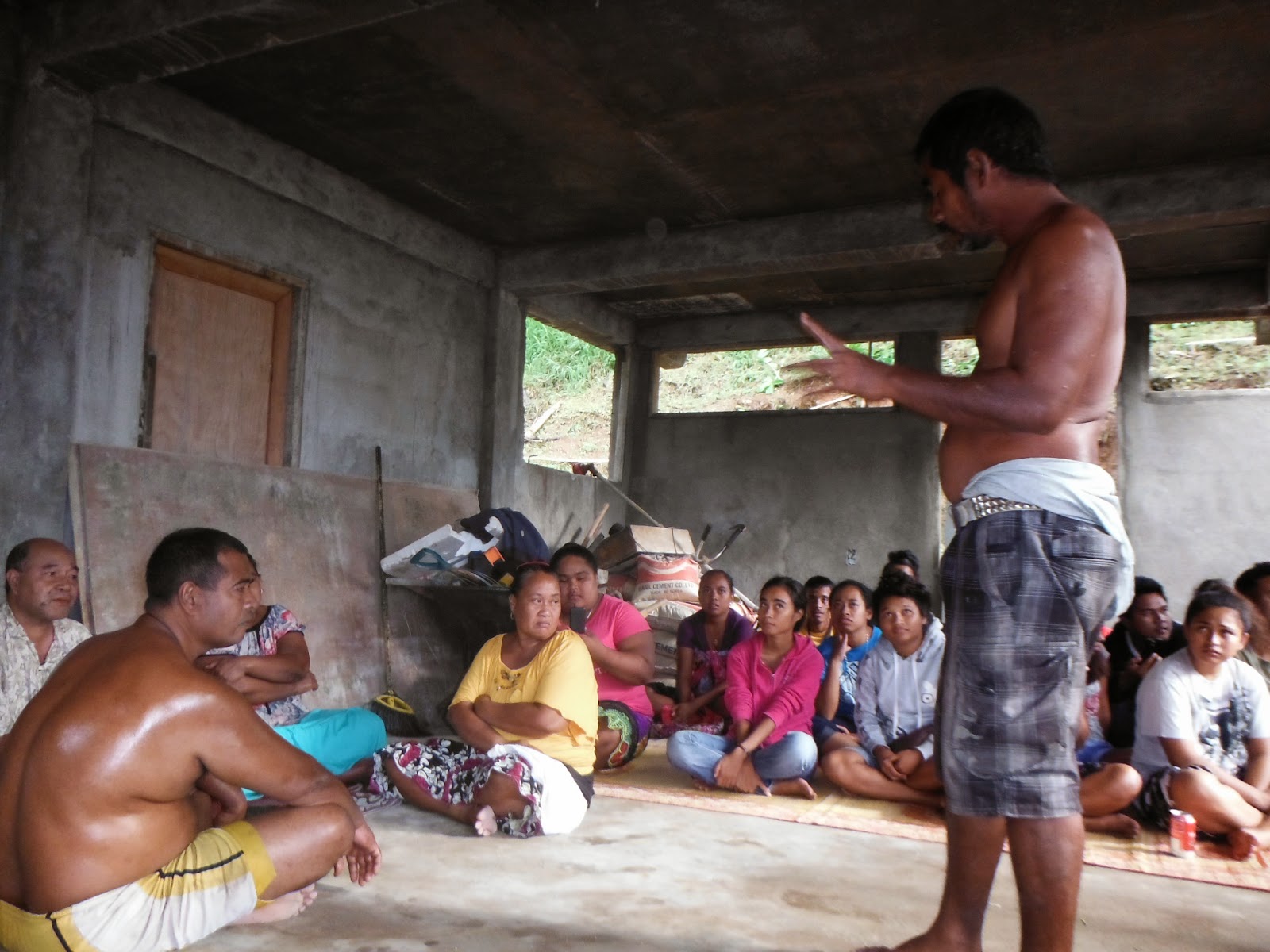 The menindei confers with soumas 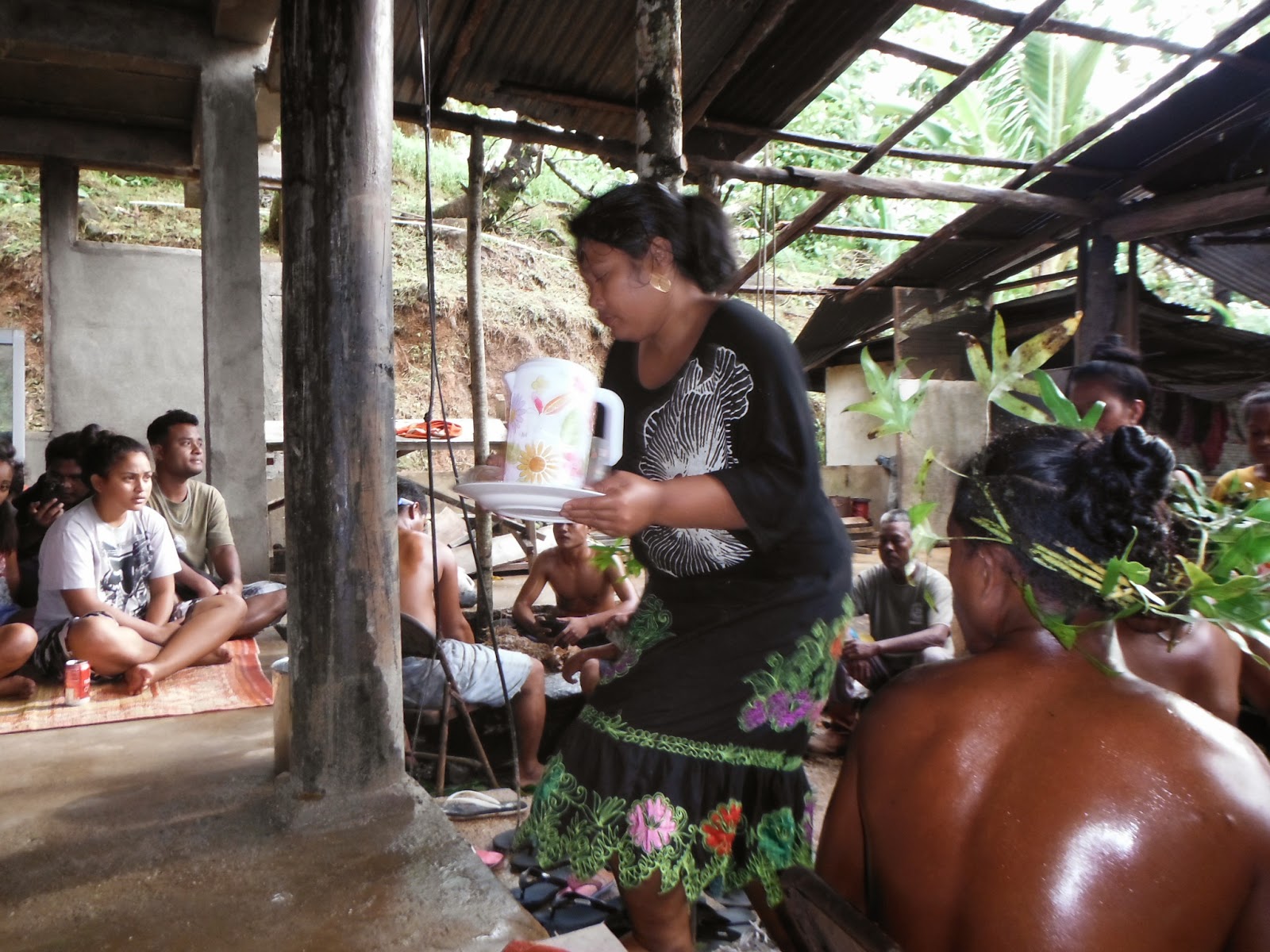 Women of the kousapw bring drinks and food to the gathering. The class has not seen such a welcome nor such a ceremony elsewhere. Two stones ringing together, full formal kamadipw style celebration. The kousapw showed great respect and love for their soumas, and made the students feel welcome as members of the family. 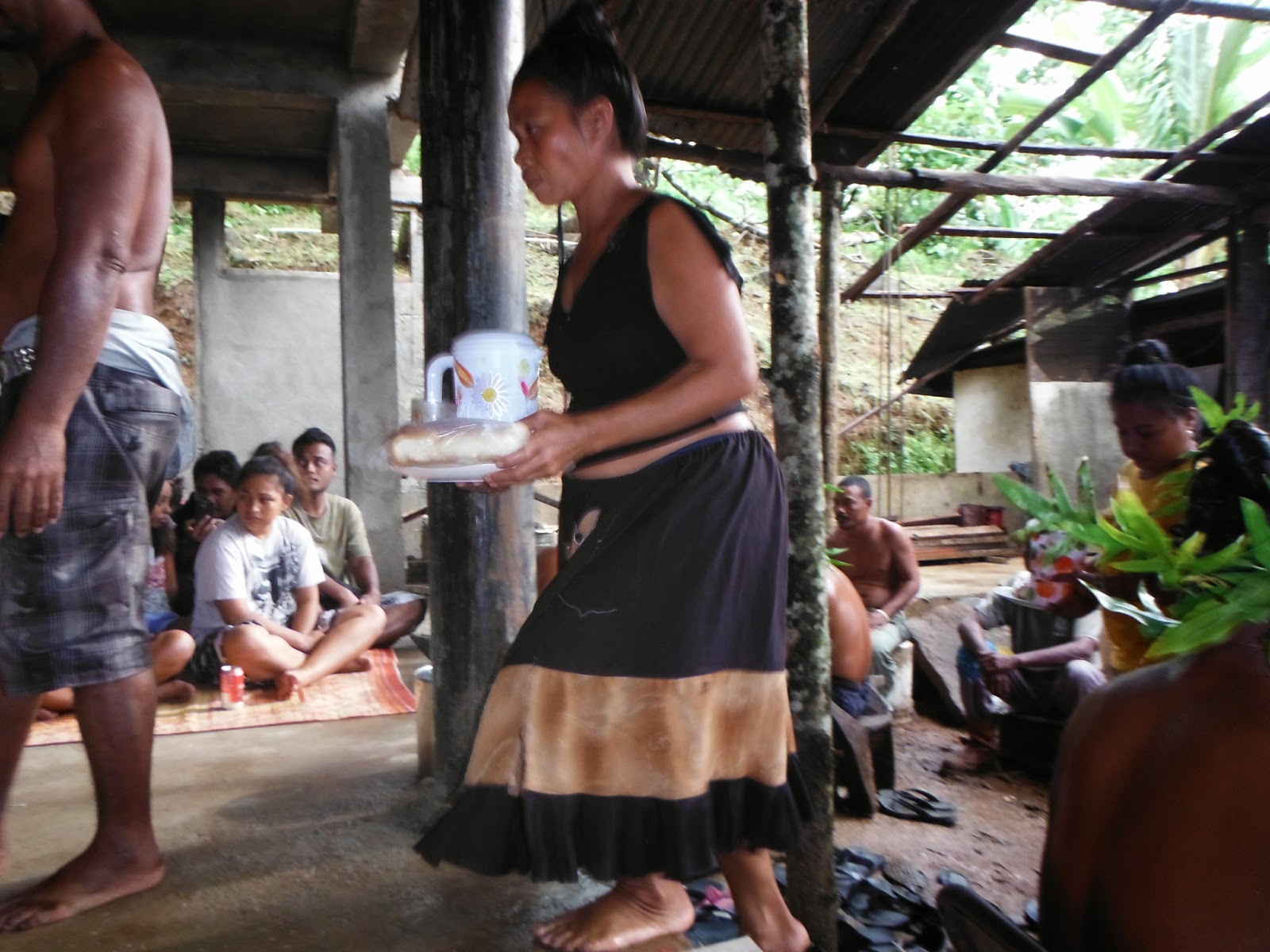 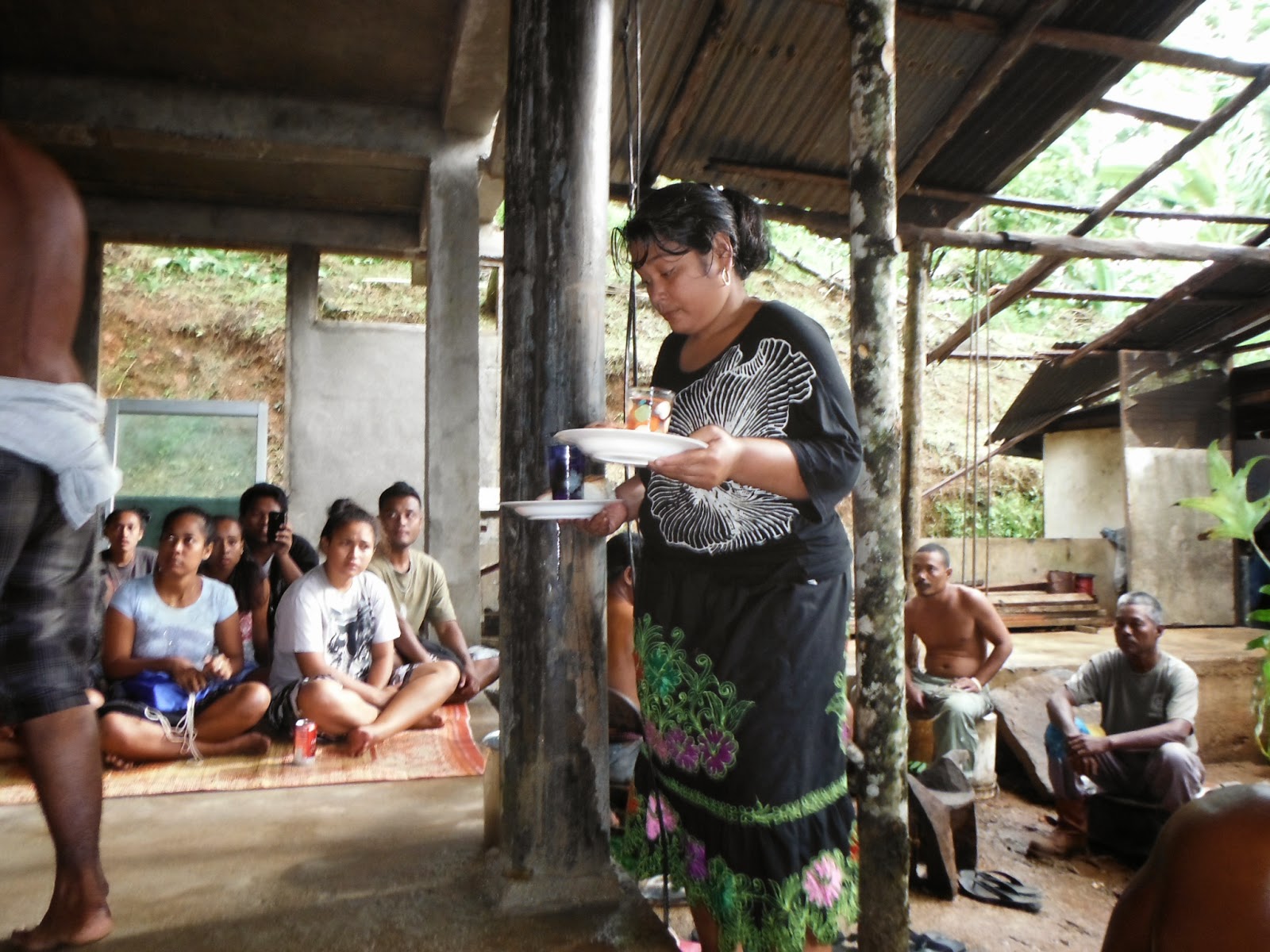 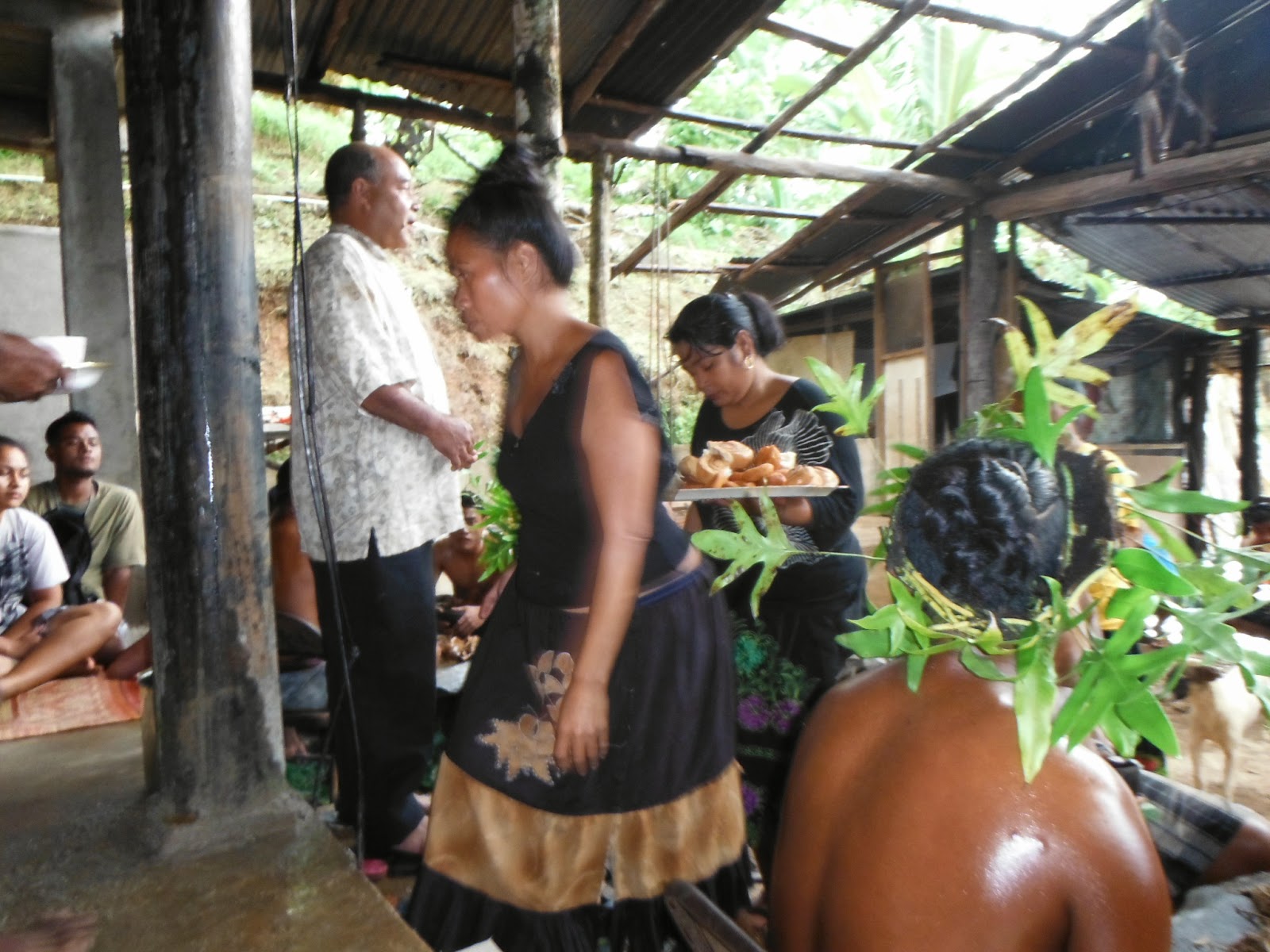 Soumas addresses the gathering, welcoming the students and noting the need for education to include the culture and traditions. 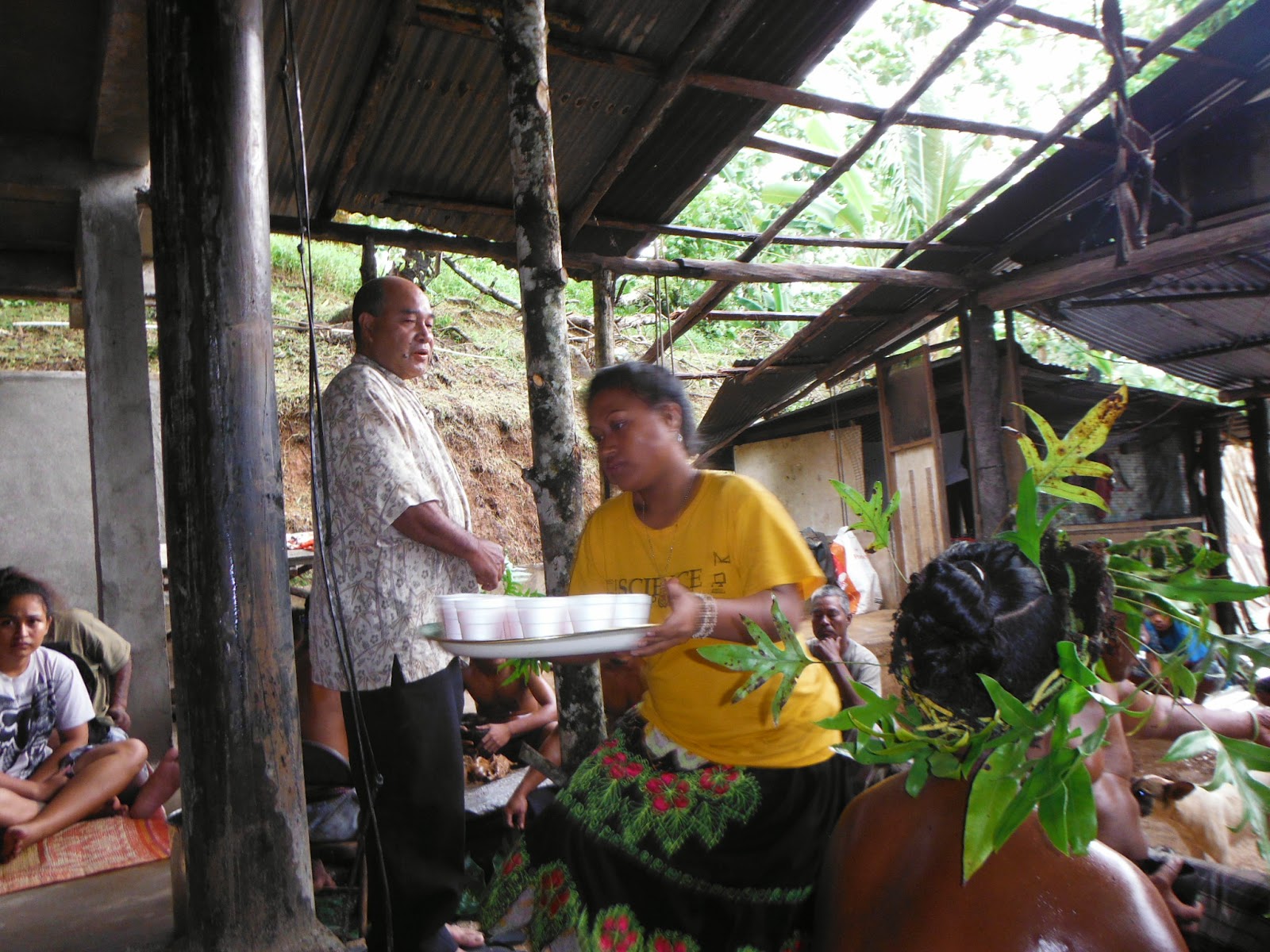 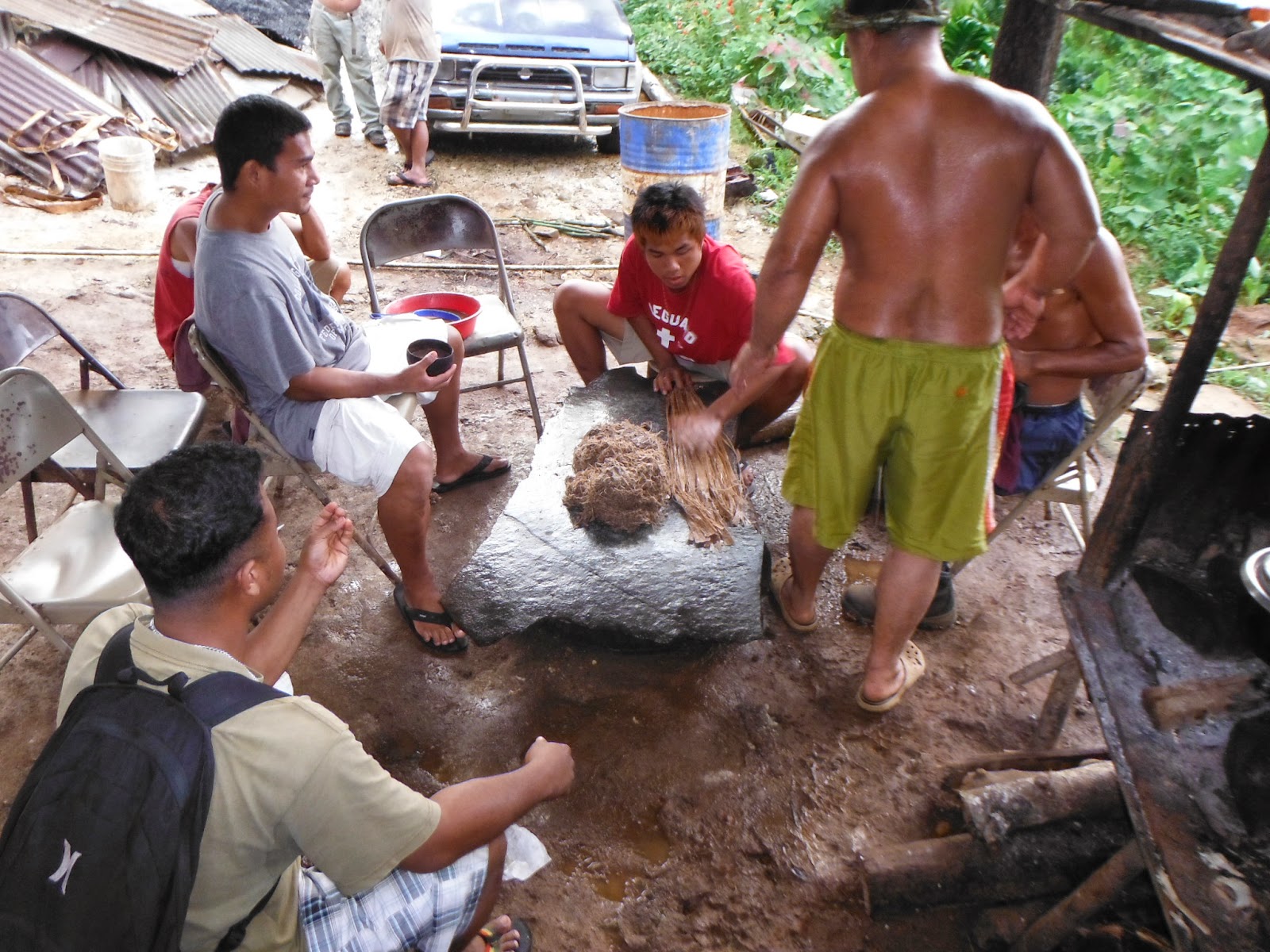 Afterwards a few students stayed back, here Kanio Torres takes over wungwung demonstrating his ability in the traditional arts. 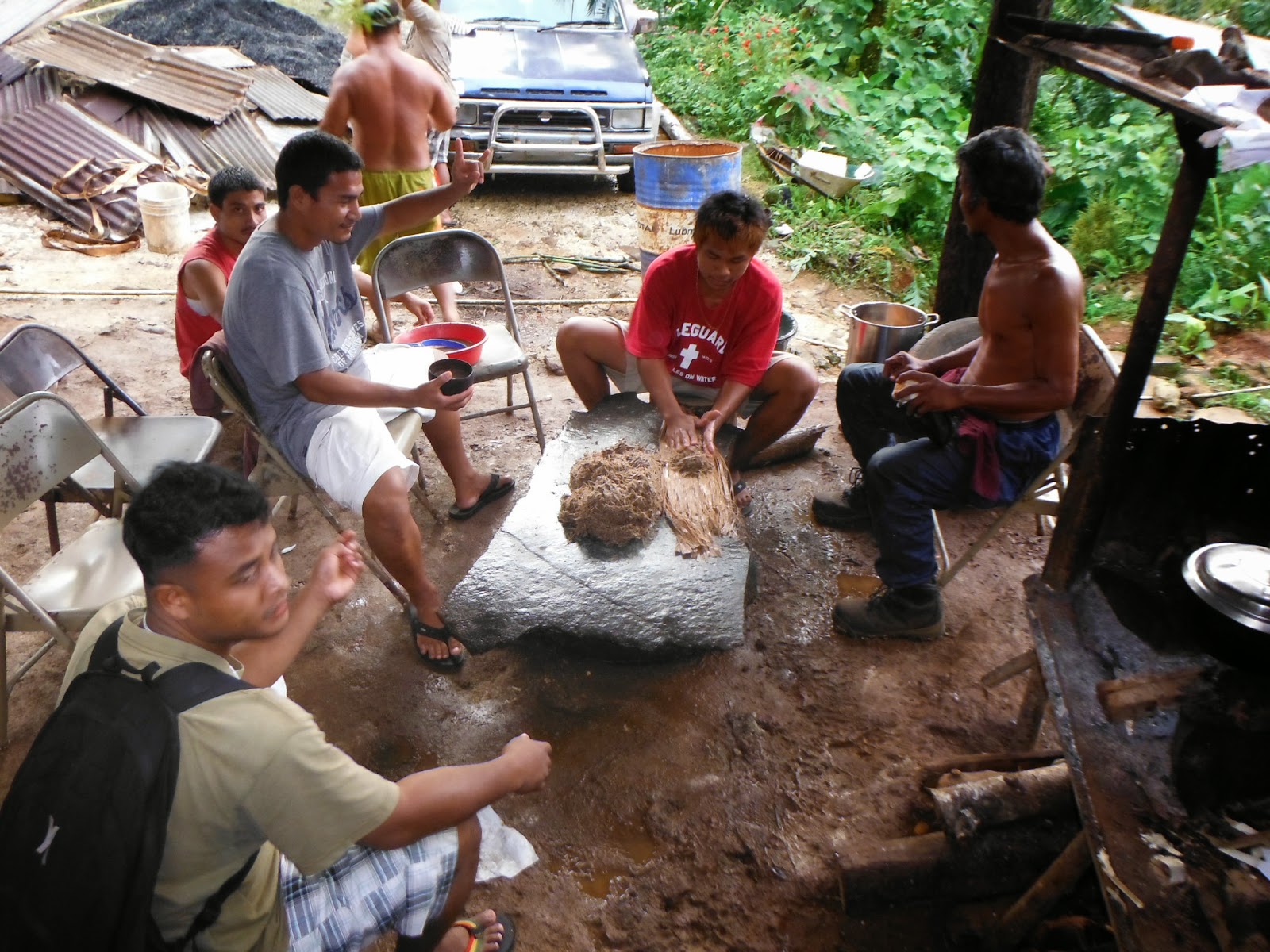 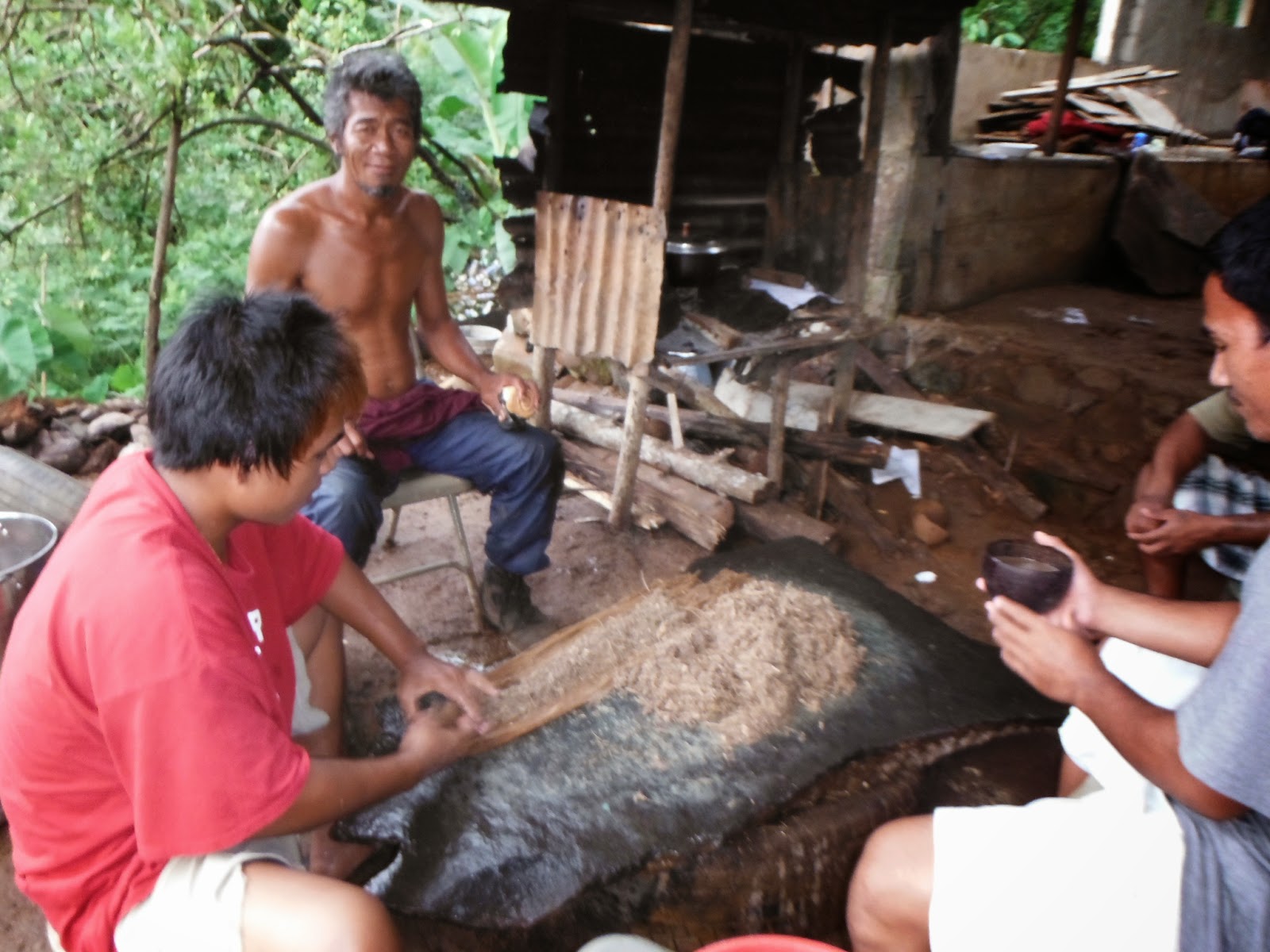 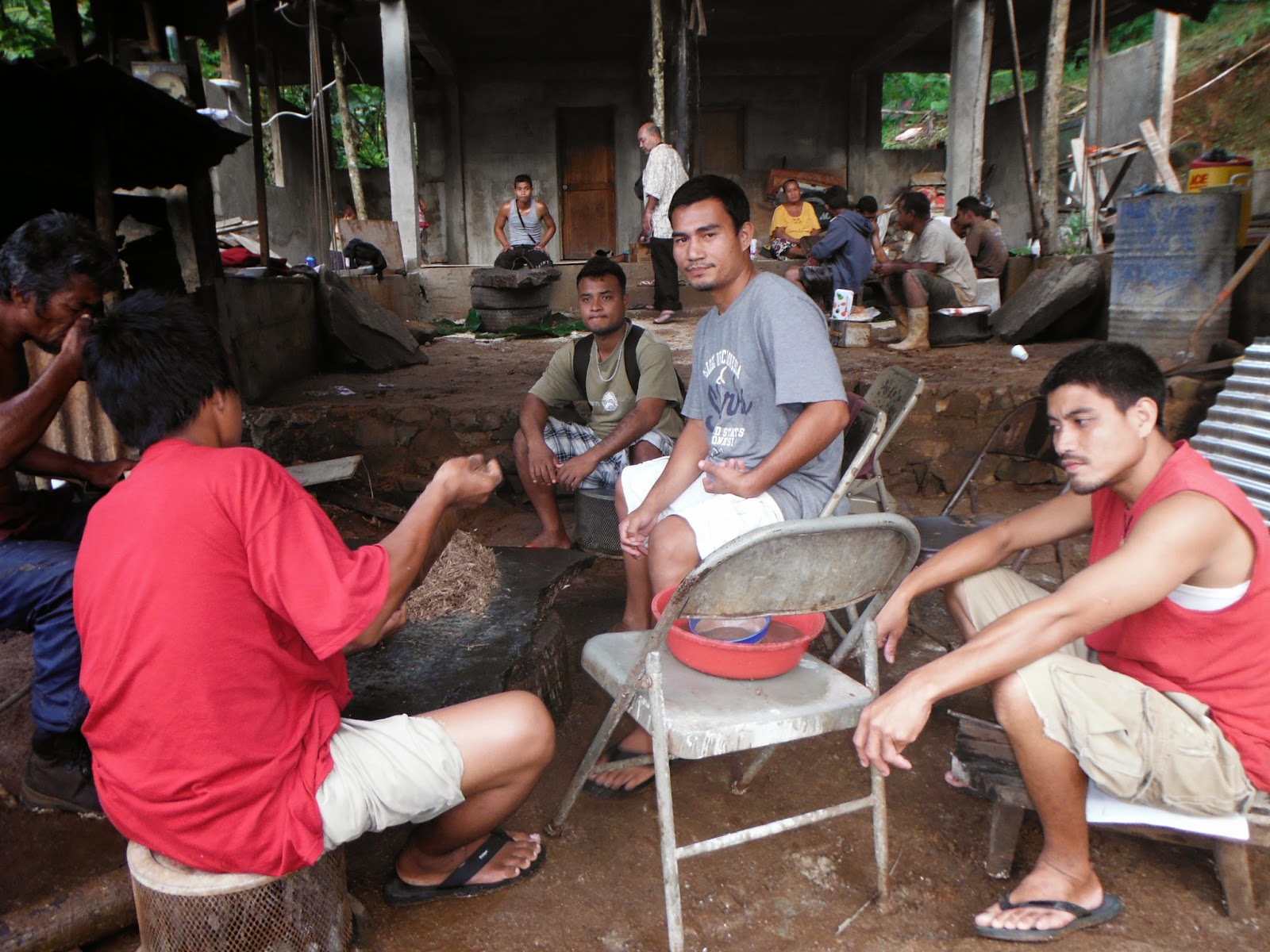 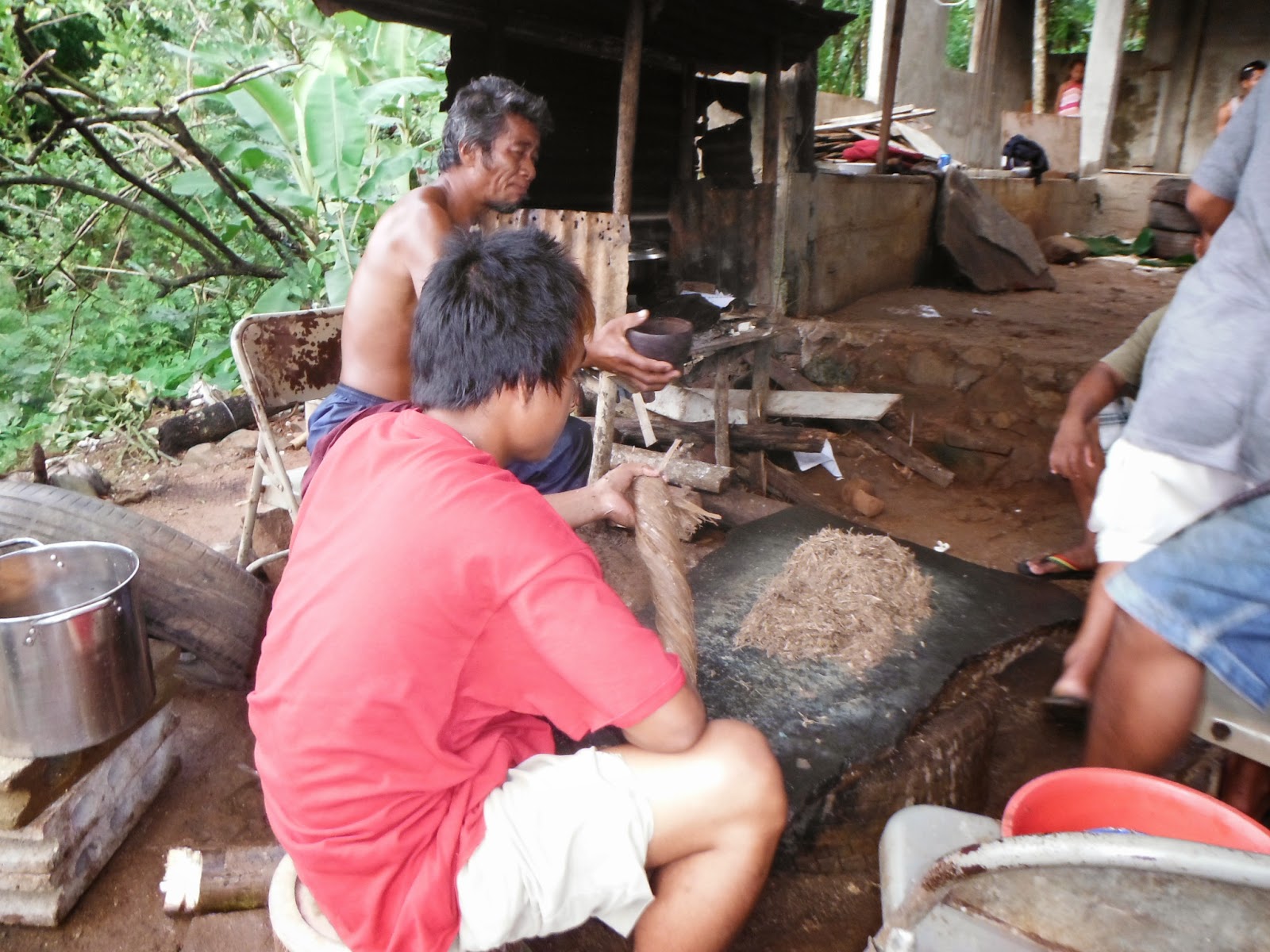 Forming the Hibiscus tiliaceus phloem wrap around the Piper Methysticum 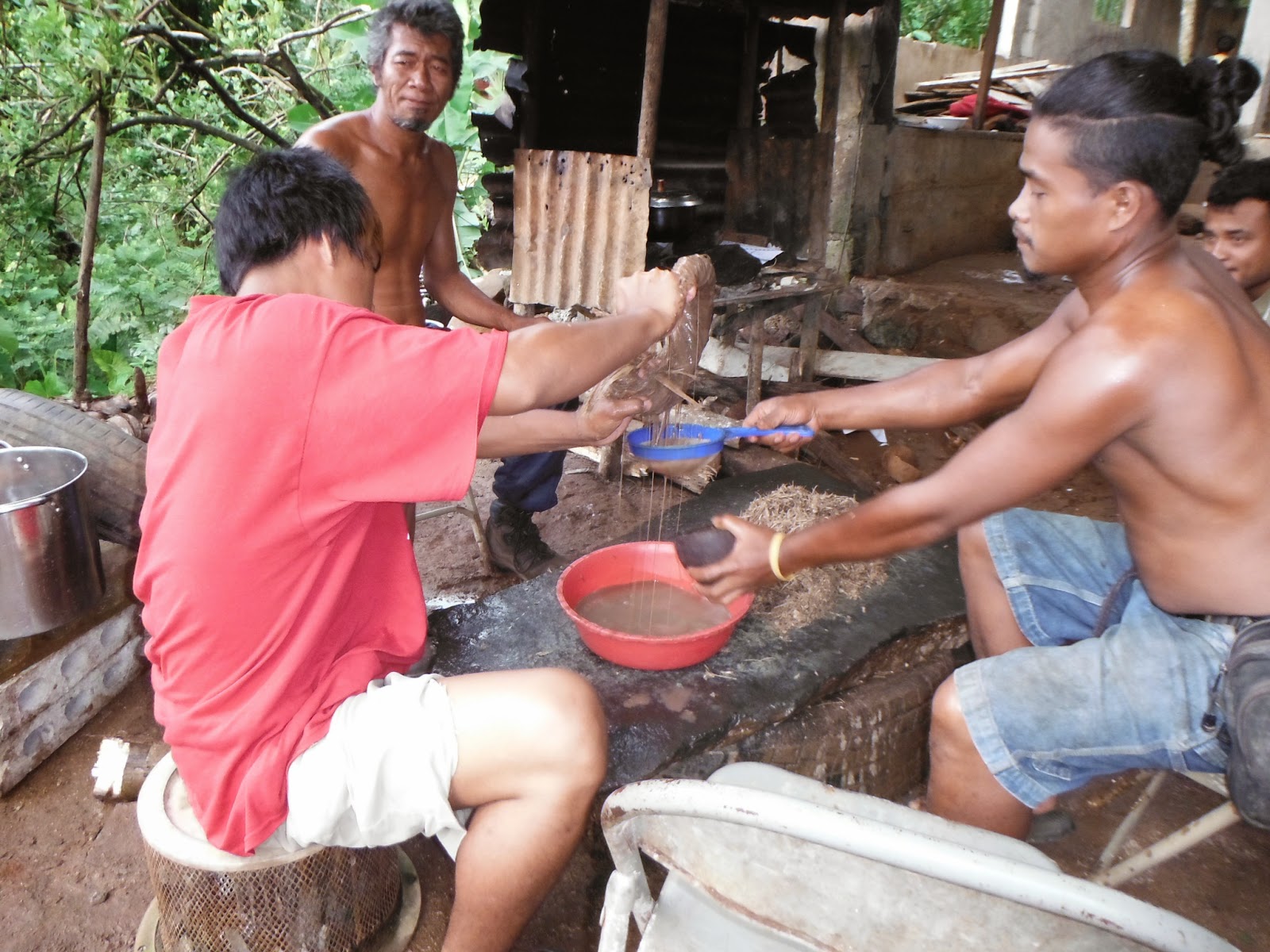 The class owes a debt of gratitude to Soumas en kousapw Nan Madap and to Francisco Mendiola who made the arrangements for the class to visit. Kalahngan!
ethnobotany