October 08, 2014
The SC/SS 115 Ethnobotany class visited the Island Food Community of Pohnpei in their temporary offices across from the Pwunso botanic garden. April presented to the class on the stark statistics - one in three adults in Micronesia are diabetic, one in two children are vitamin A deficient, salt intake is well above daily recommended levels. She noted that 37% of the adult females in Pohnpei are diabetic. 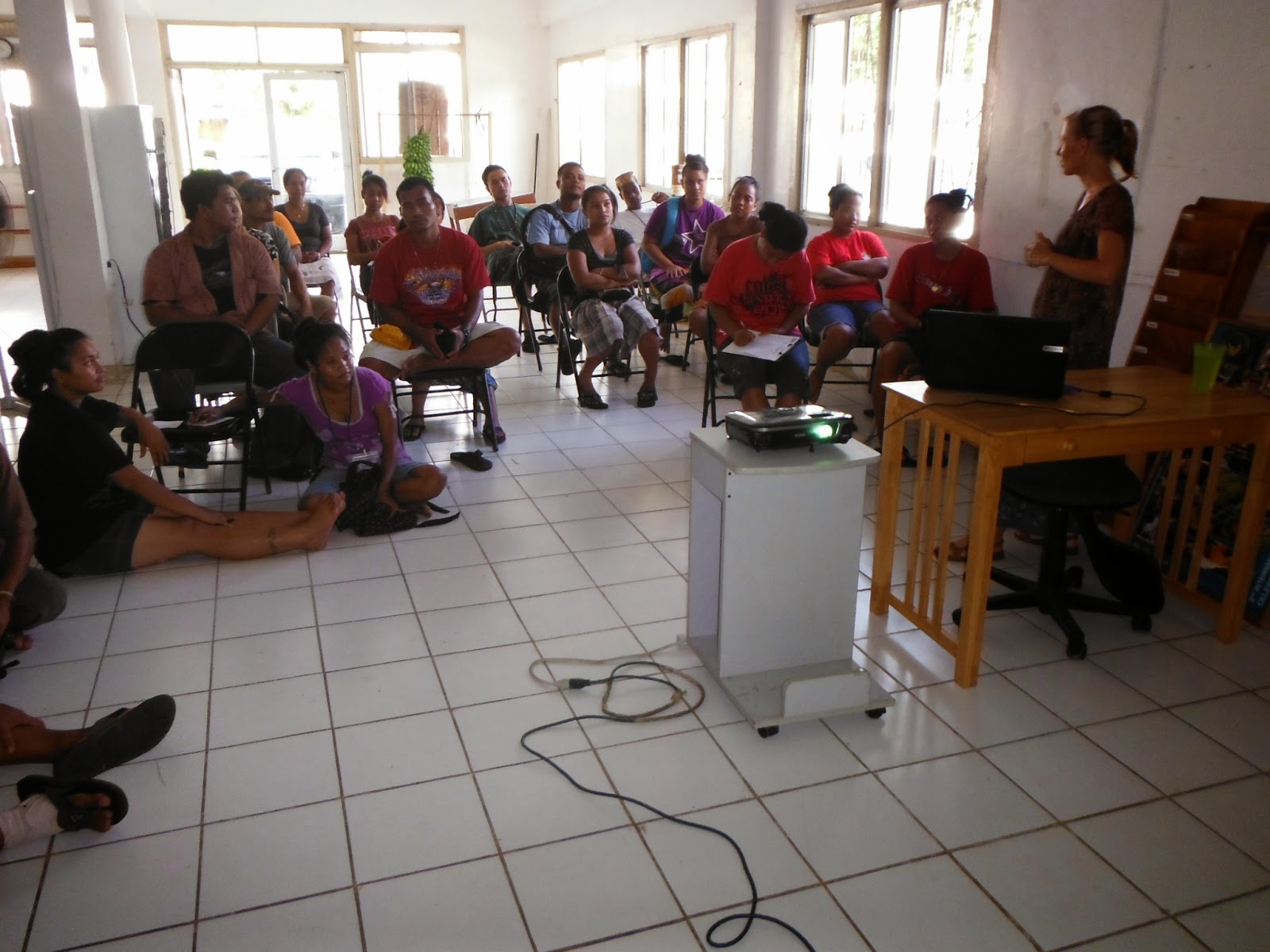 The presentation covered hidden salt in canned foods, ramen powder, and other packaged foreign foods. April noted that the best way to avoid hidden salt, sodium, in the diet is to eat fresh foods. She noted the need to make changes in the diet and in the level of physical activity. 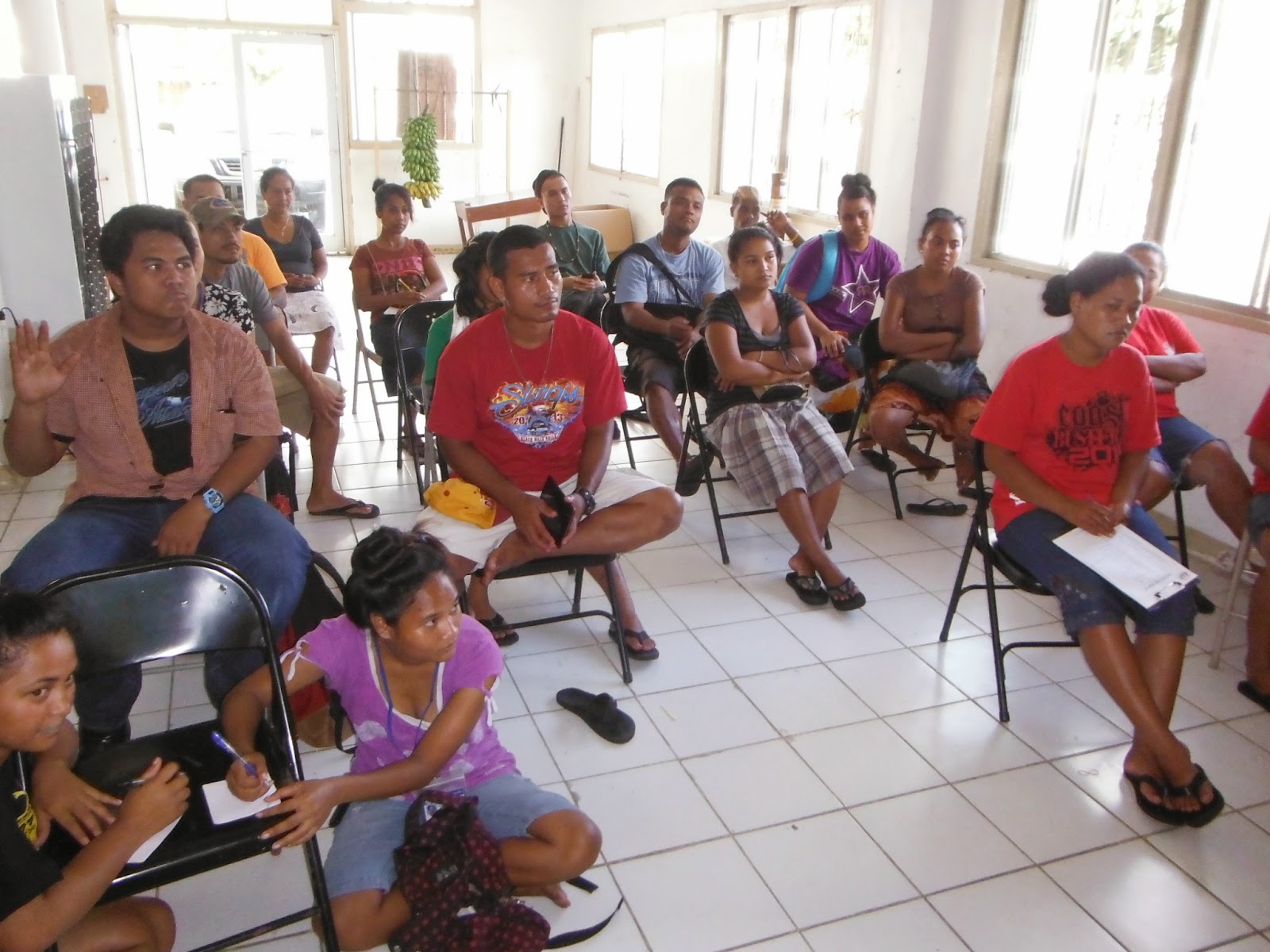 The Island Food Community promotes making achievable, sustainable, modifications and changes in local diets. The concept is to have people commit to policies such as the addition of a local food to each meal, or at least one all local meal a week, as a starting place for families. The idea is to shift your diet. Make gradual changes. 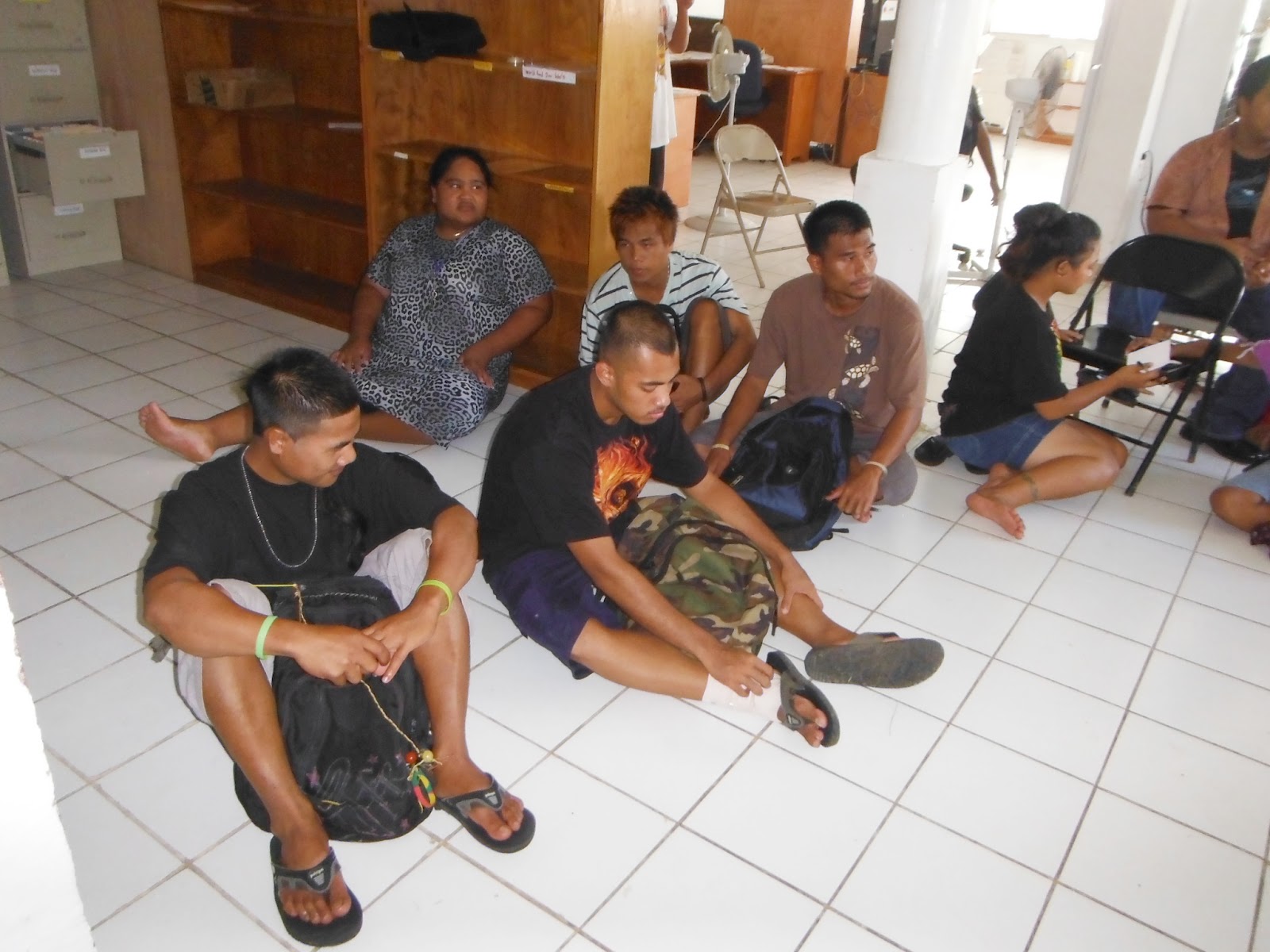 The Island Food Community well covers the CHEEF benefits of local foods as quoted from their web site:

Culture
Food is a basic part of our culture. When we promote our island foods, we are also promoting the traditional Pohnpeian way of life and farming system. As the forces of globalization affect indigenous peoples' traditions and food availability, it is imperative that traditional knowledge on agroforestry and cultural beliefs surrounding food are preserved for future generations. Connection to the land and local ecosystems is one way to do this. 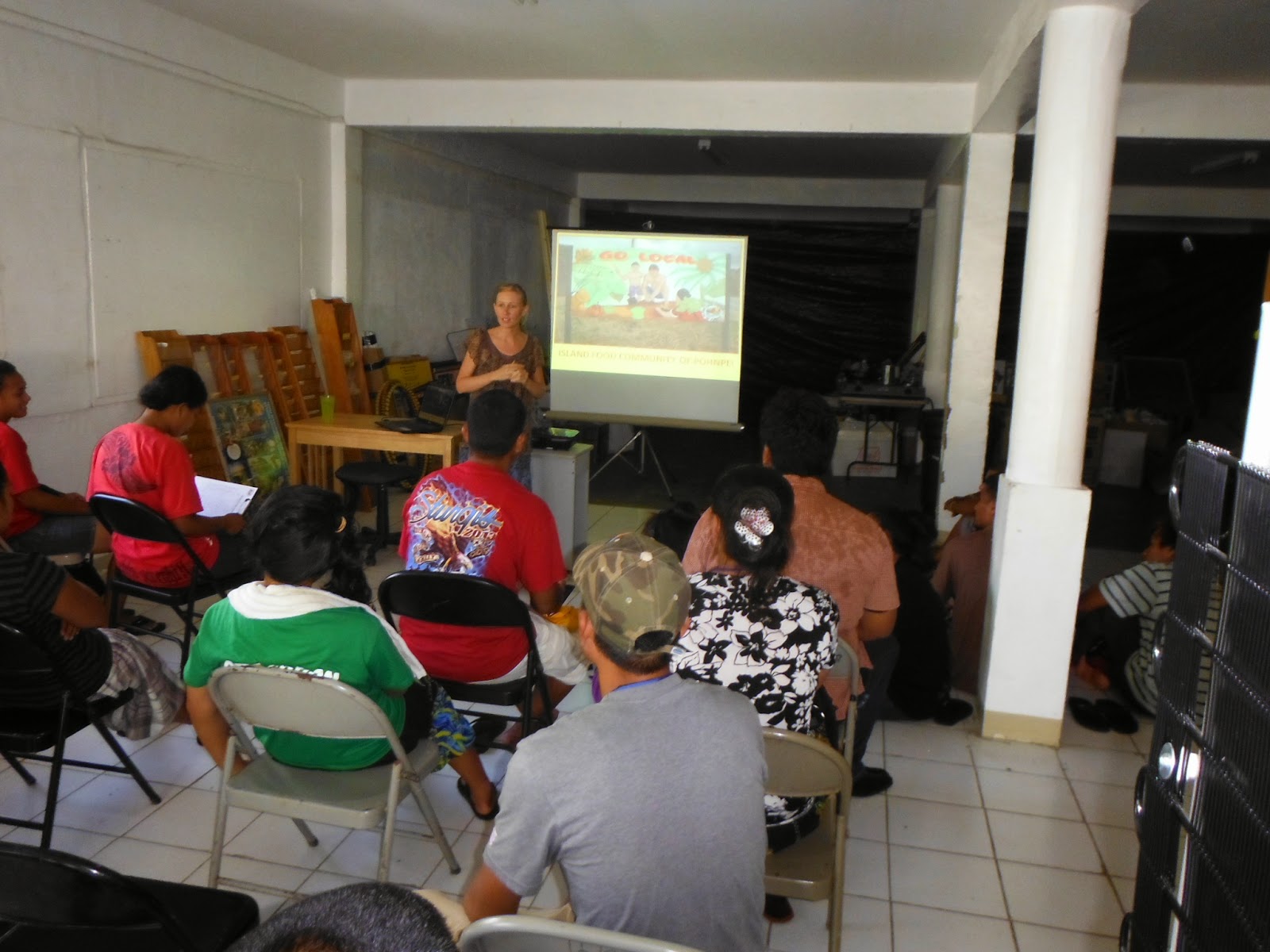 Health problems emerged from the 1970s with the dietary shift to imported processed foods, resulting in the level of non-communicable diseases being identified as a health emergency in the region. Nutrient-rich staple food crops have been substituted by imported white rice. This present staple in the Micronesian diet has no beta-carotene (provitamin A) for protection against these preventable diseases. Many imported foods are highly processed with very poor nutritional value and contain high levels of sugar, fat and salt causing the deteriorating health of island people. See Local Island Foods & Nutritional Value for information on how island foods benefit our health.

Traditional island foods are also generally produced without the use of chemical fertilizers and pesticides which have been linked to a range of health problems, including obesity, and are alarmingly ranked among the top 3 cancer risks. 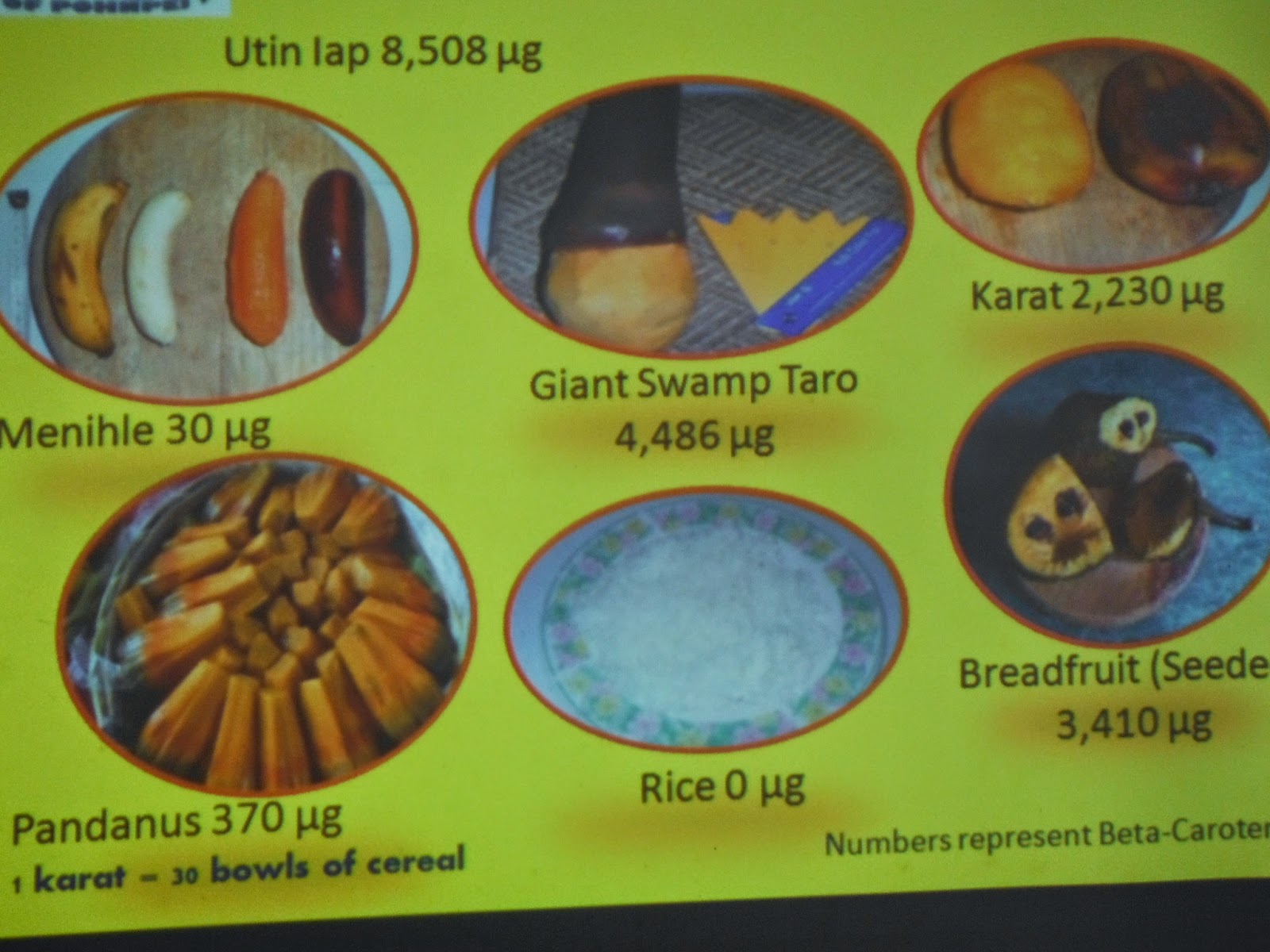 When you grow or buy fresh local food there is no packaging that takes hundreds of years to decompose leaching toxins that harm animals, humans and the environment.

Local foods do not need to be transported large distances and kept cool using excessive amounts of energy between producer and consumer, referred to as "food miles" (or "food mileage"). By maintaining our lush food forests we also act on climate change by cleaning the air and sequestering carbon. The soil is protected by our trees from erosion and landslides and thrives in an organic environment without the widespread use of chemical fertilizers and pesticides that harm our waters, our health and our soils. By growing and eating local foods we can contribute immensely to a healthy sustainable environment locally and globally.

Economy
By purchasing local foods the money stays in the country and supports the grower’s family and the national economy. By growing local foods people are less reliant on the cash economy for survival and can obtain nutrient-rich sustenance with very little input. Surplus can also be sold or preserved, with opportunities for entrepreneurial food processing initiatives existing.

Furthermore, agricultural production for local consumption is an import substitution policy that would help the Federated States of Micronesia national economy.

Food security
Food security refers to having sufficient nutrient-rich food locally available and accessible and the resilience to the possibility of disruption or unavailability of food supply. Partial self-sufficiency in food production limits the risks if food shipments are disrupted on route.