September 25, 2014
Pulleys! Laboratory five yield a solid linear relationship for each laboratory group and continues the theme that the mathematics remains the same, the systems change. The slope of volume versus mass is density. The slope of time versus distance is velocity. The slope of time²/2 versus distance for a falling object is the acceleration of gravity. The slope of velocity in versus velocity out for colliding marbles is the percent of velocity retained, which is linear for marbles on a ruler track. In this laboratory force to lift a load versus the load is also linear and is the actual mechanical advantage. All linear relationships, all generate slopes and intercepts and make predictions about the system. 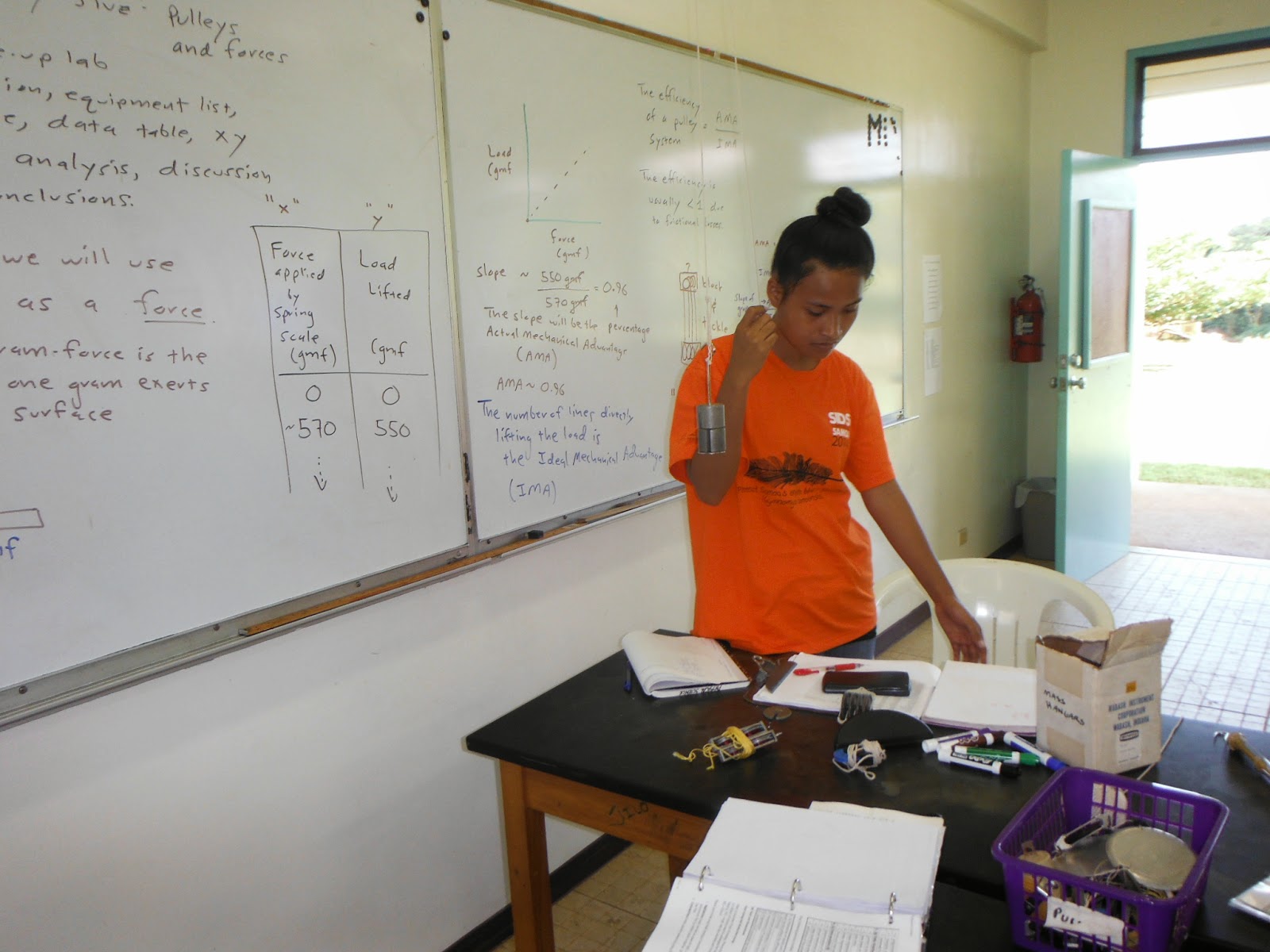 Marti Henry studies the data table for the laboratory

As I often do, I referred the students back to the quote that launched laboratory one. 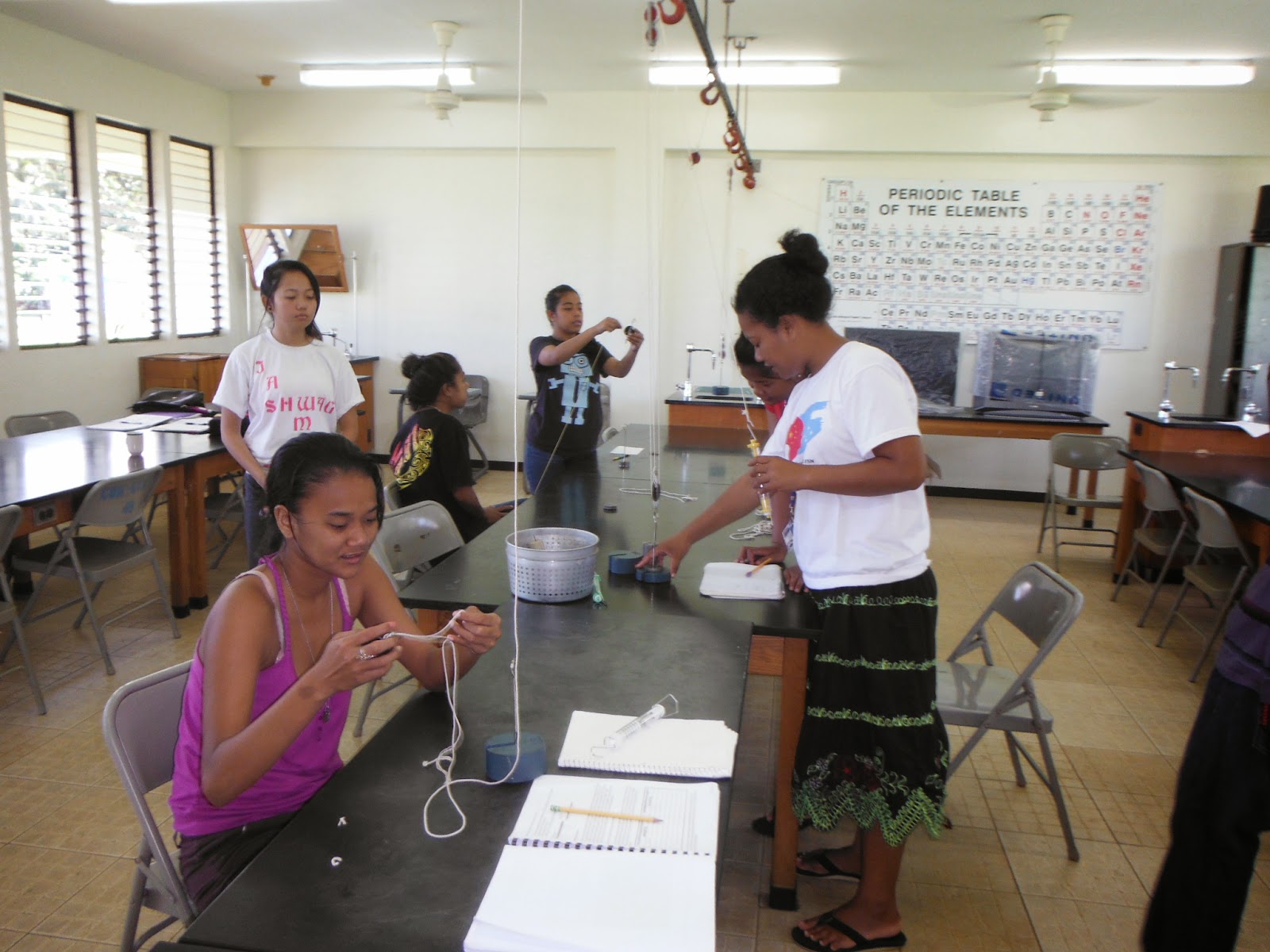 Vanity Paul works on setting up her pulley.

The class continues to focus on science as a discipline that marries mathematics and communication via writing to understand the natural world. Content is generated from the process and content is an important component of science, yet most scientists operate in niches so specialized that they know no more than the layperson about other distant fields of science. If scientists themselves are effectively excused from understanding other fields of science, why are students held responsible to in a course such as physical science to know a vast amount of content across many fields - dynamics, statics, thermodynamics, meteorology, climatology, geology, oceanography, optics, electromagnetism, chemistry, astronomy, cosmology, and more. Hence I choose to focus on a few topics, less content, and more process. 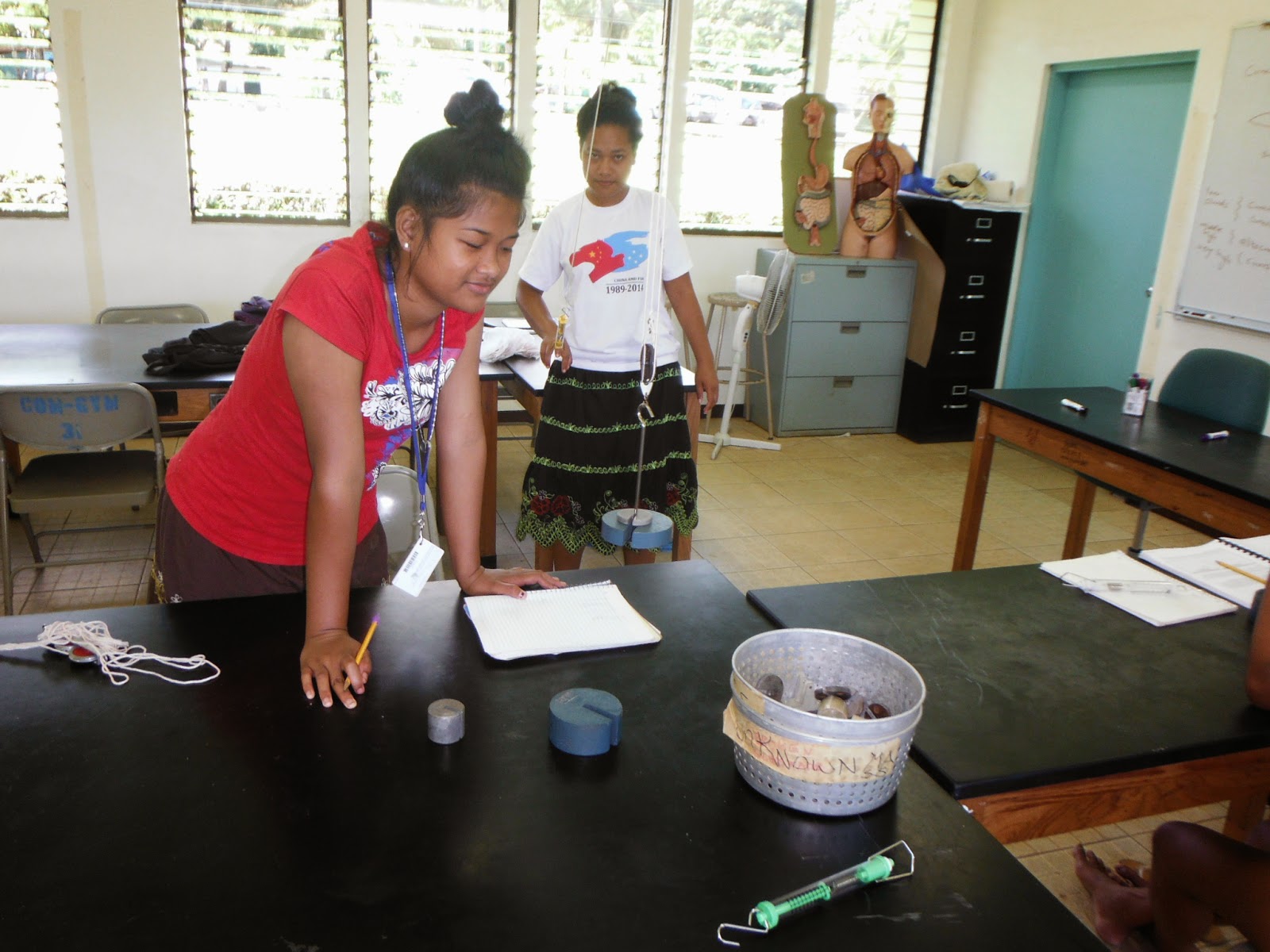 Jasmine Santos keeps an eye on the weights and Judy takes measurements using a spring scale.

I do not view the time I spend lecturing, and there is still lecture in the course, as time the students spend learning science. I view the time spent in the laboratory as time spent engaging in science. In the laboratory one can see the students wrestling with understanding the system in front of them.This is where some begin to understand and enjoy science. Scientists engage in science because they derive some sense of joy in discovering and understanding the natural world. If I can give the students a glimpse of that sensation, then I have succeeded. With that sensation, then the students are more likely to be motivated to learn, to engage in science, and far more likely to be a life long learner of science. 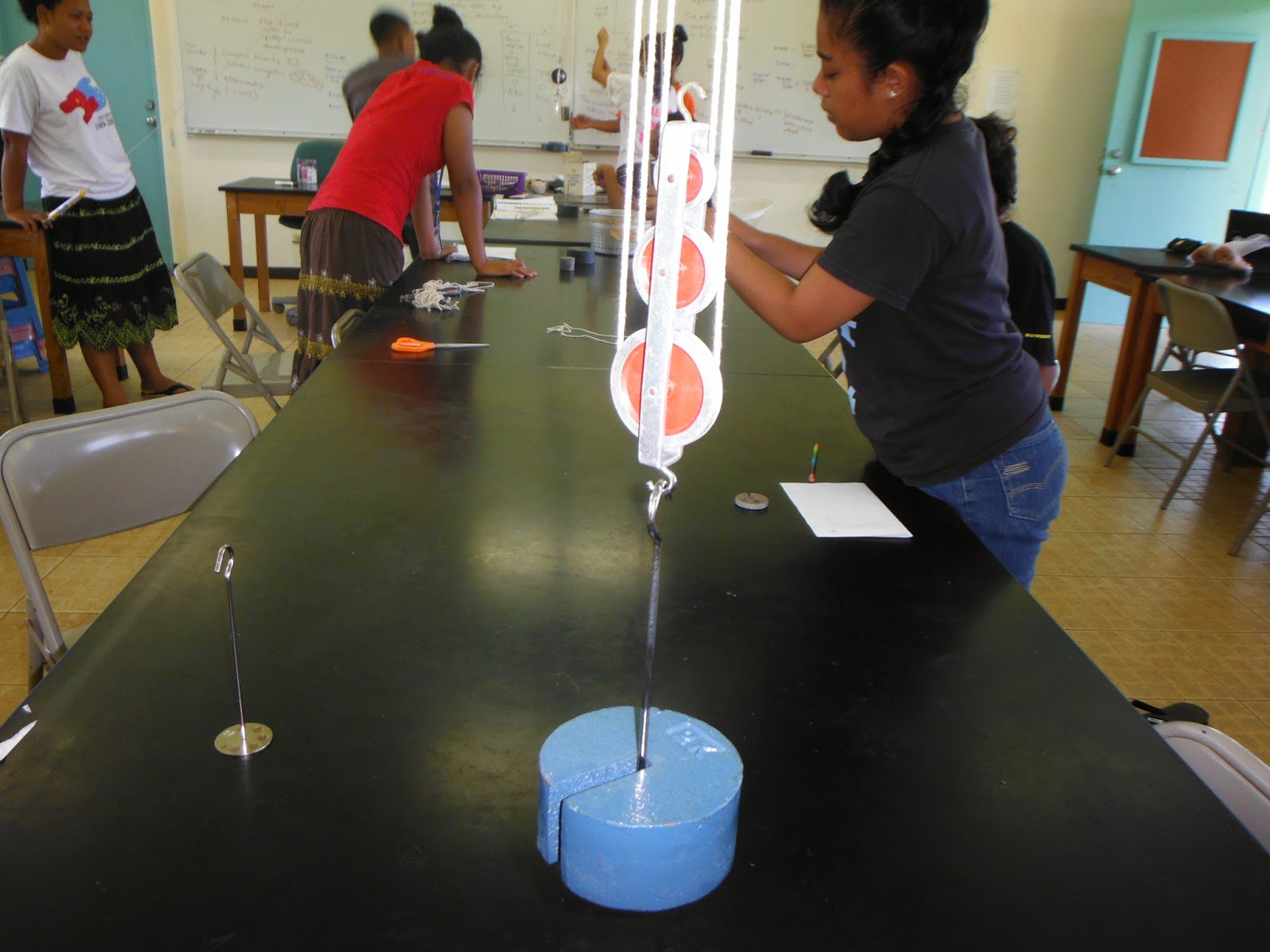 The six pulley rig was re-strung this term to remove the twisted lines.

My students arrive at the college with little to no formal science background, and essentially no content knowledge. For some students I am working on a blank slate. For others science was "101 science facts to know and memorize" - a difficult, discouraging, and ultimately boring encounter with science. 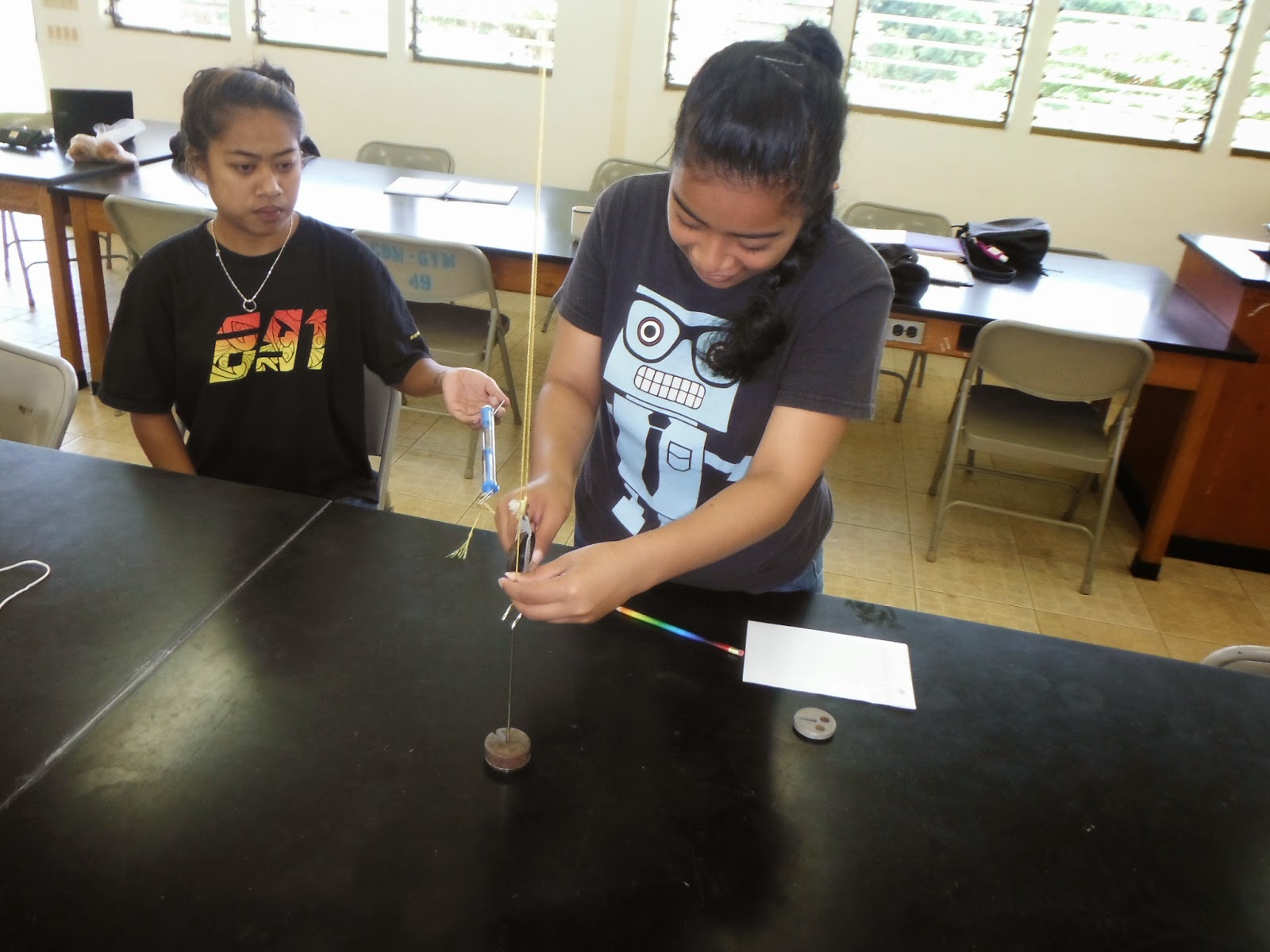 Lodonna Osawa sets up her pulley as Laslyn Siden holds the spring scale.

When a student smiles, or two students engage in a discussion centered on the laboratory results in front of them, then I know that science class is different than they have encountered in the past. I sometimes say to the students, "You are the scientist, what did you see and measure?" 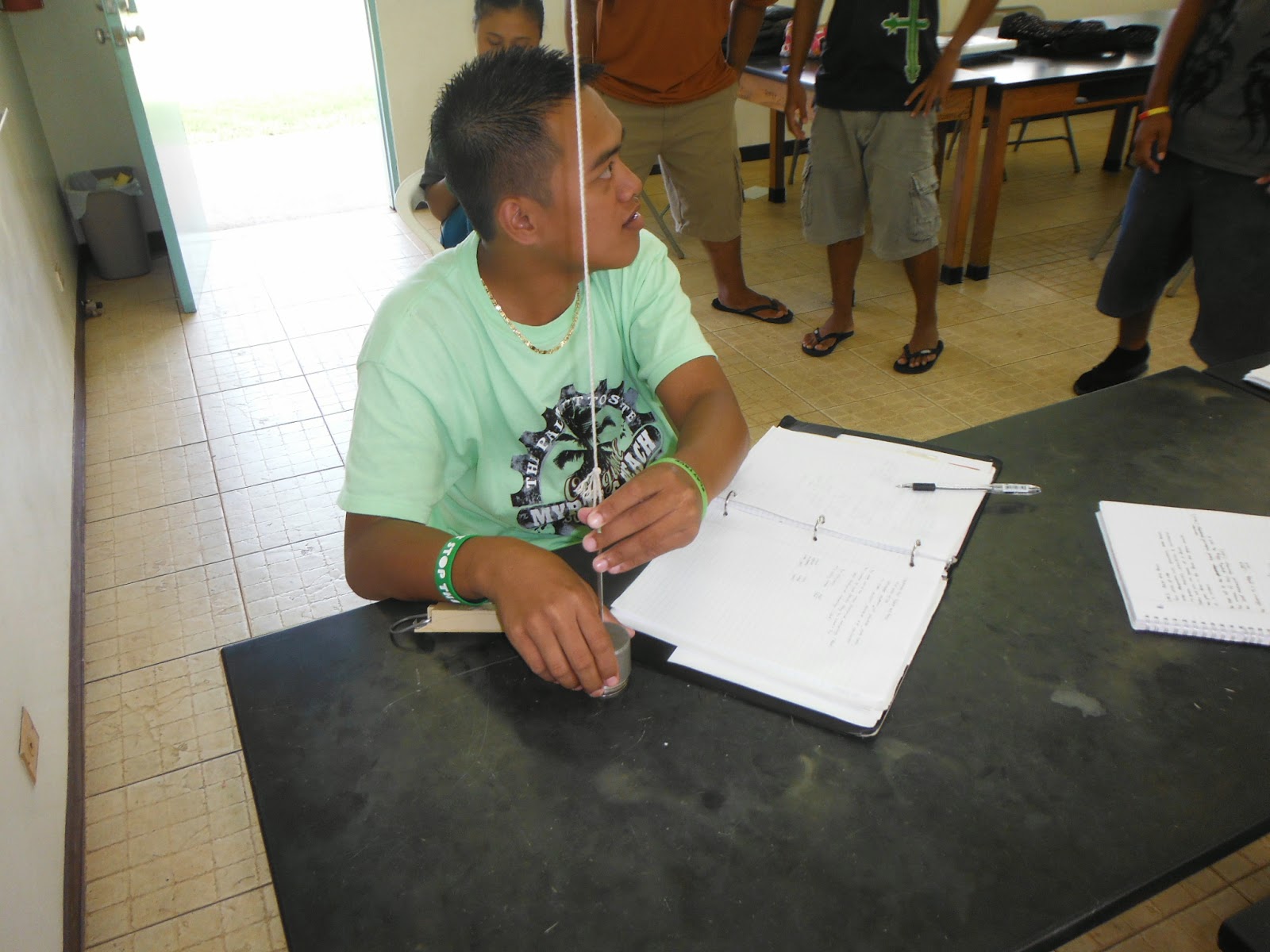 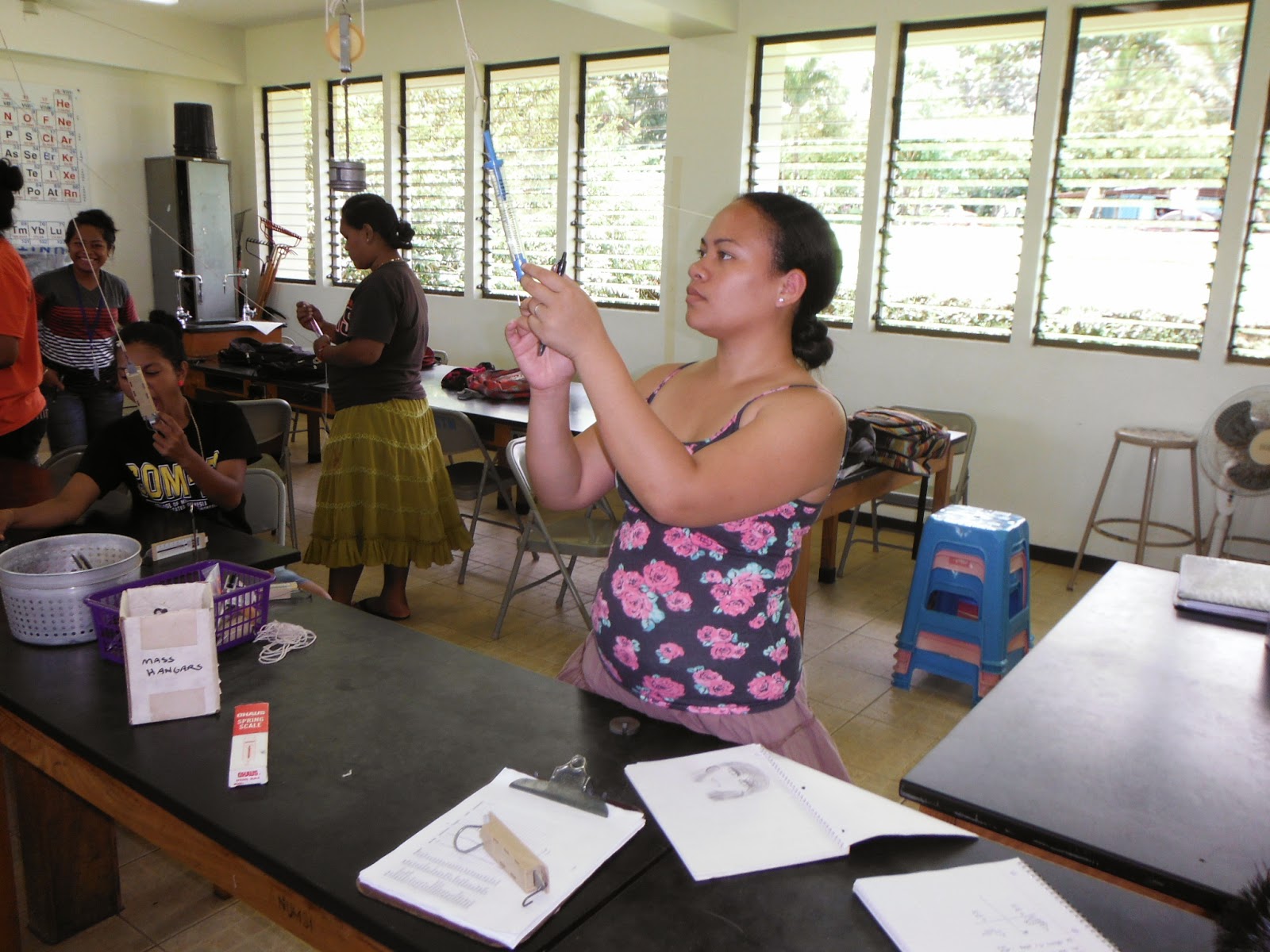 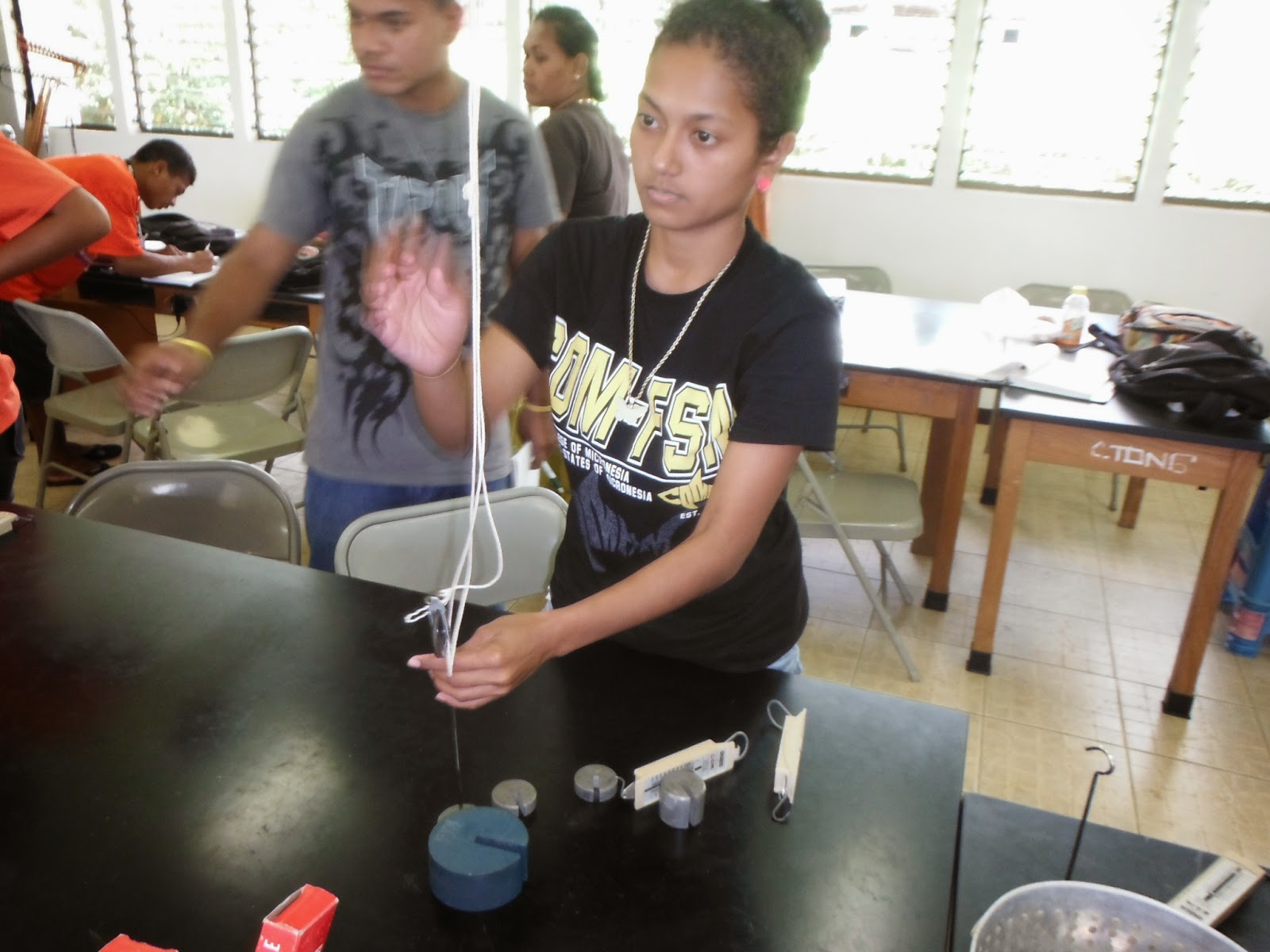 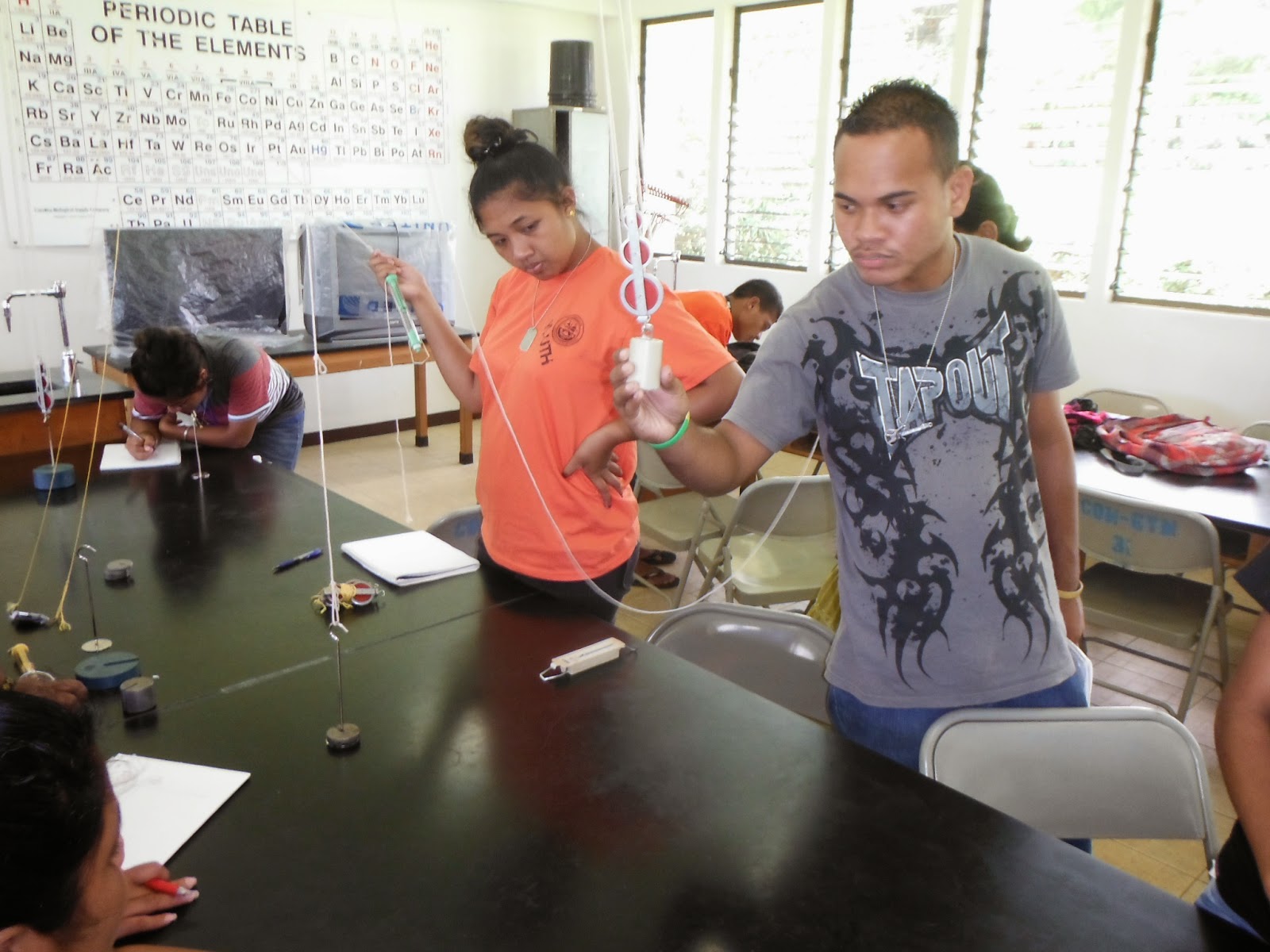 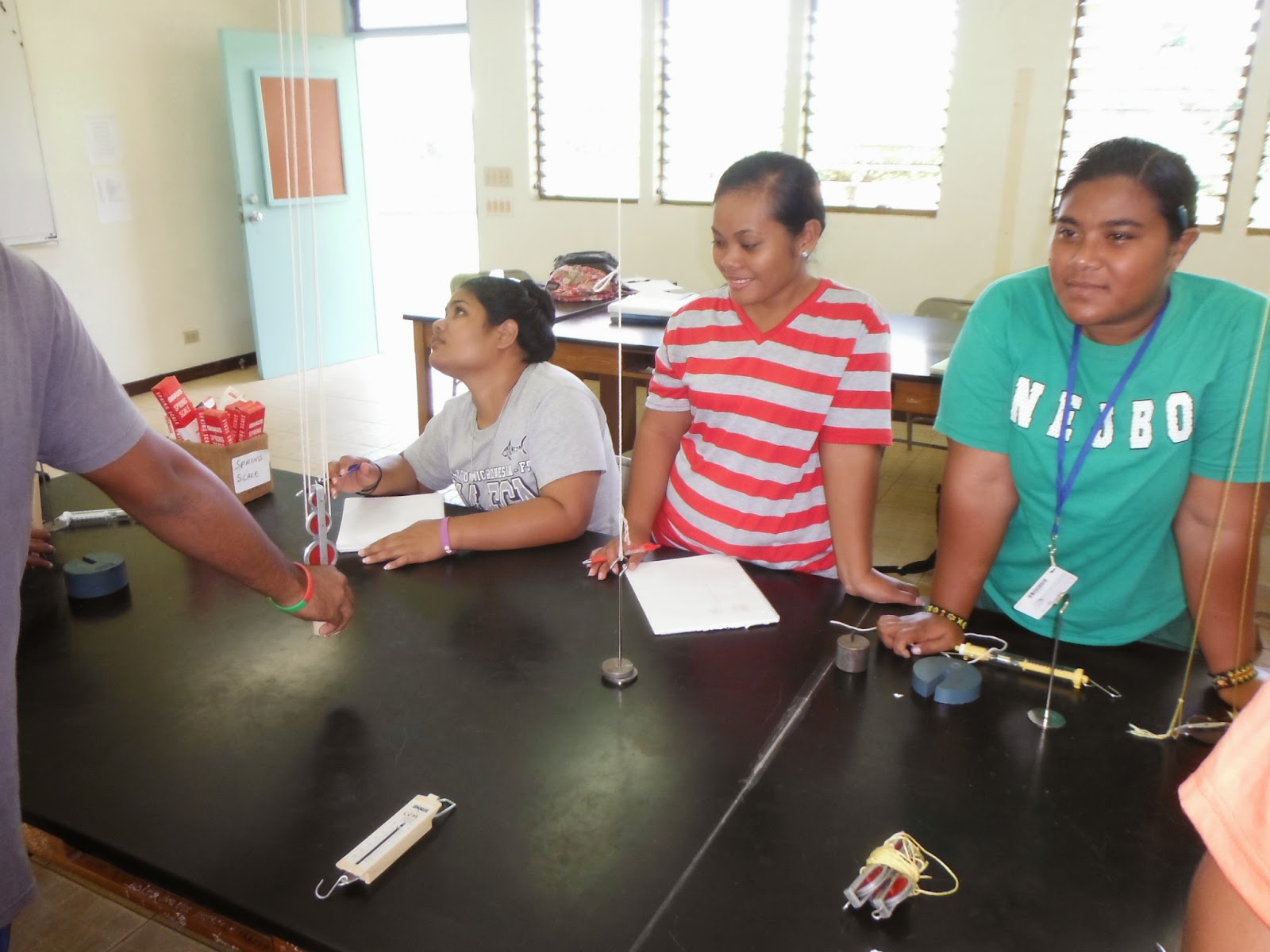 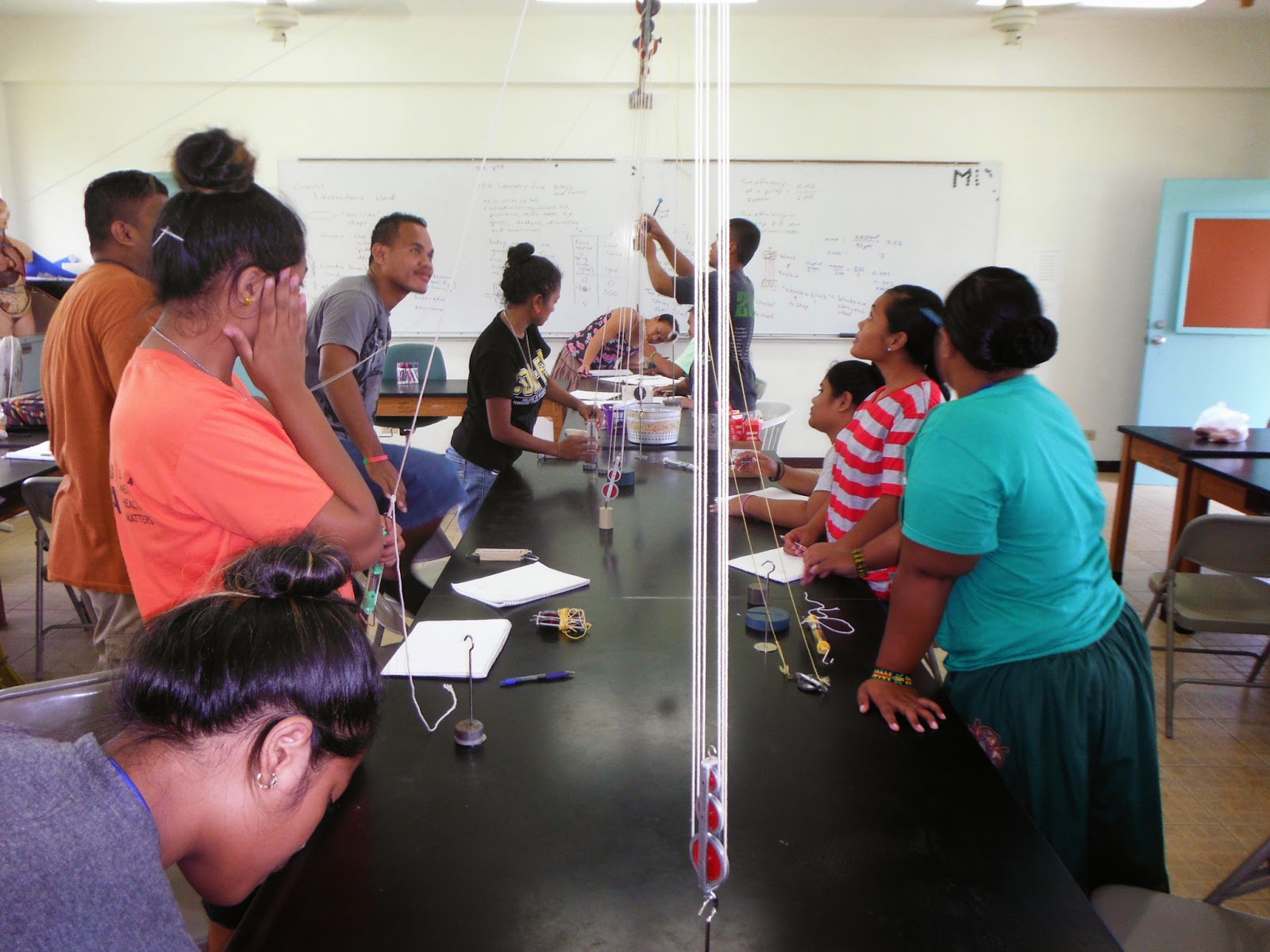 All of the gear is hung from the overhead track. 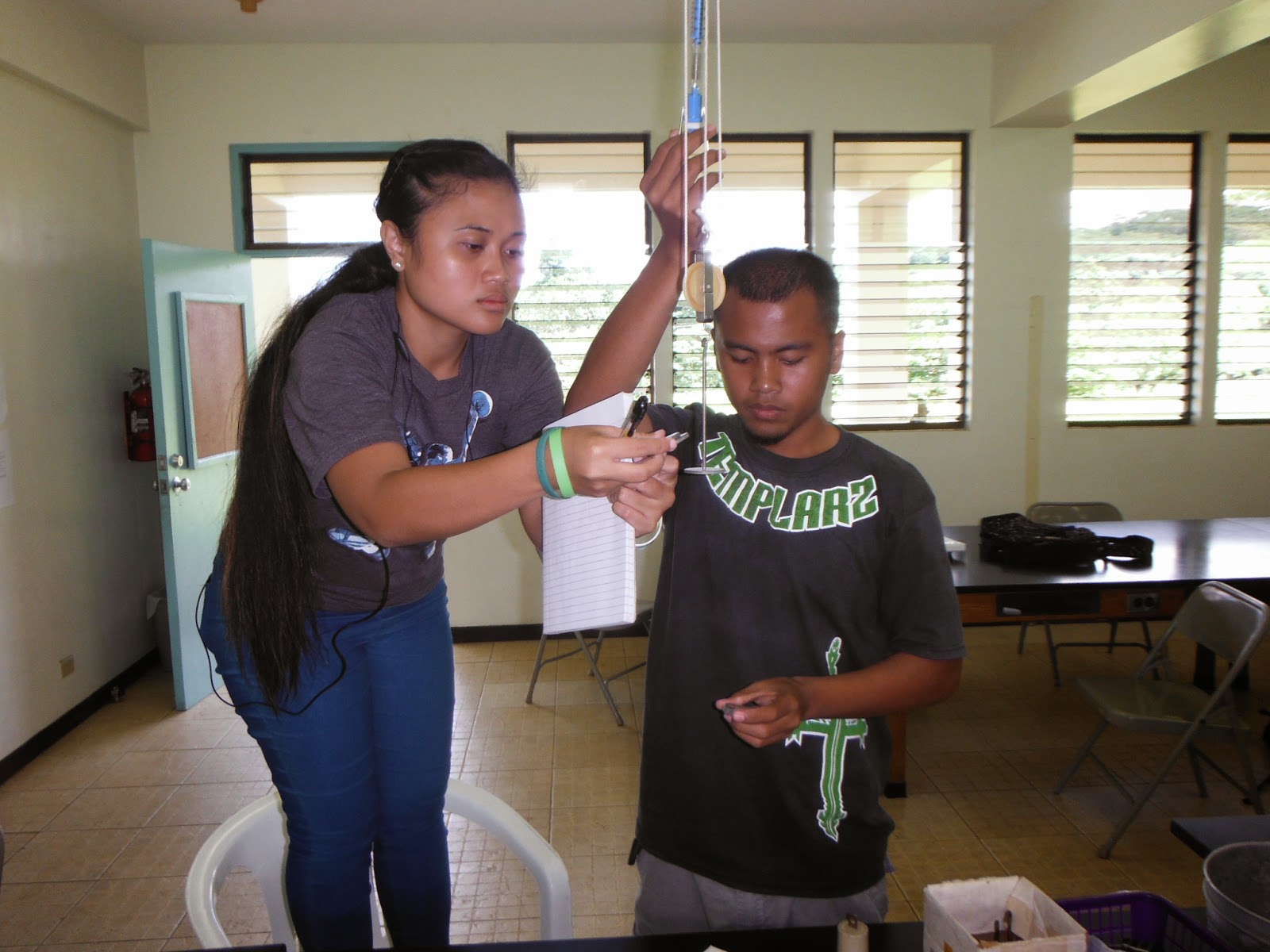 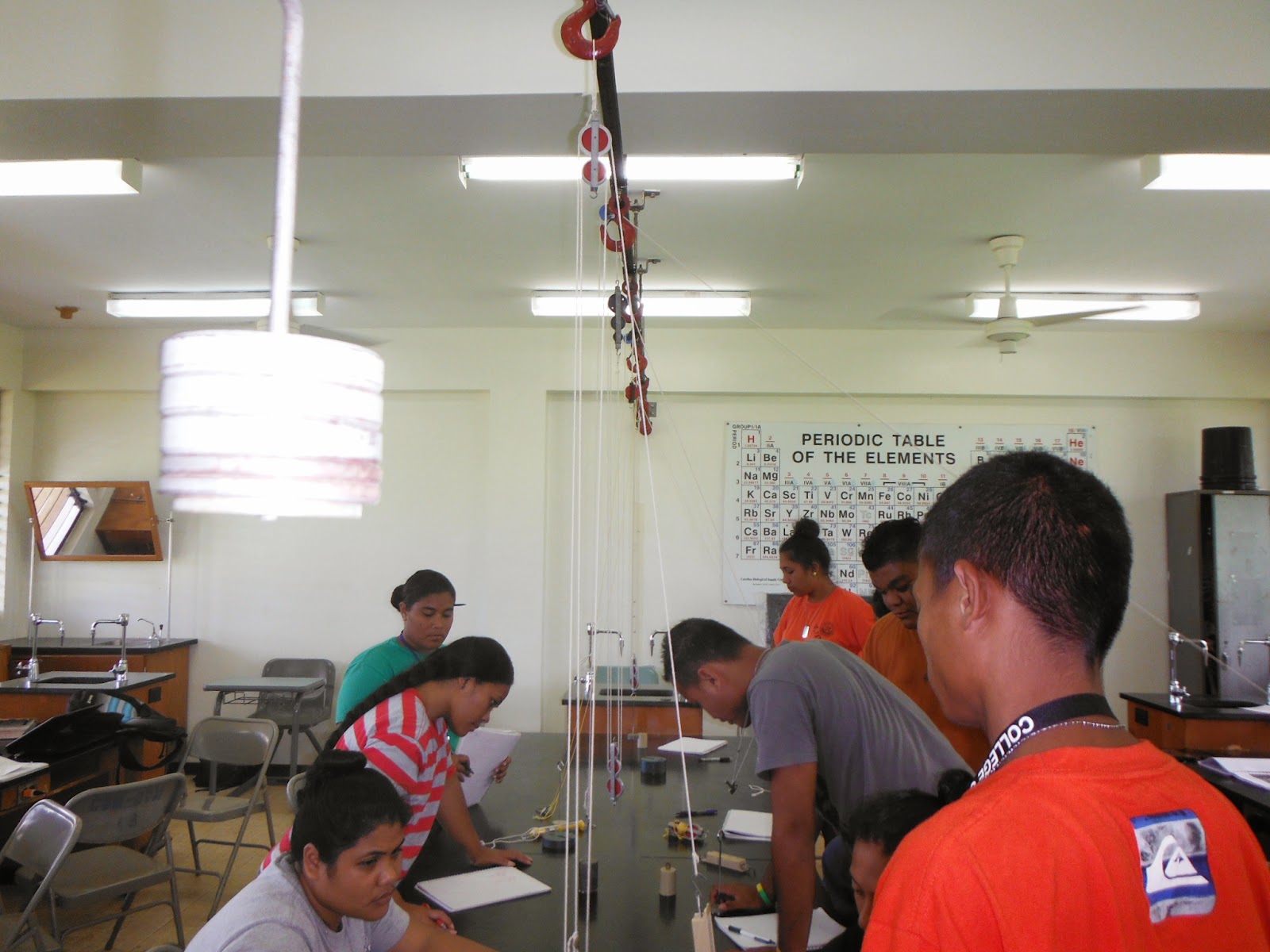 The weights on the left catch the flash. 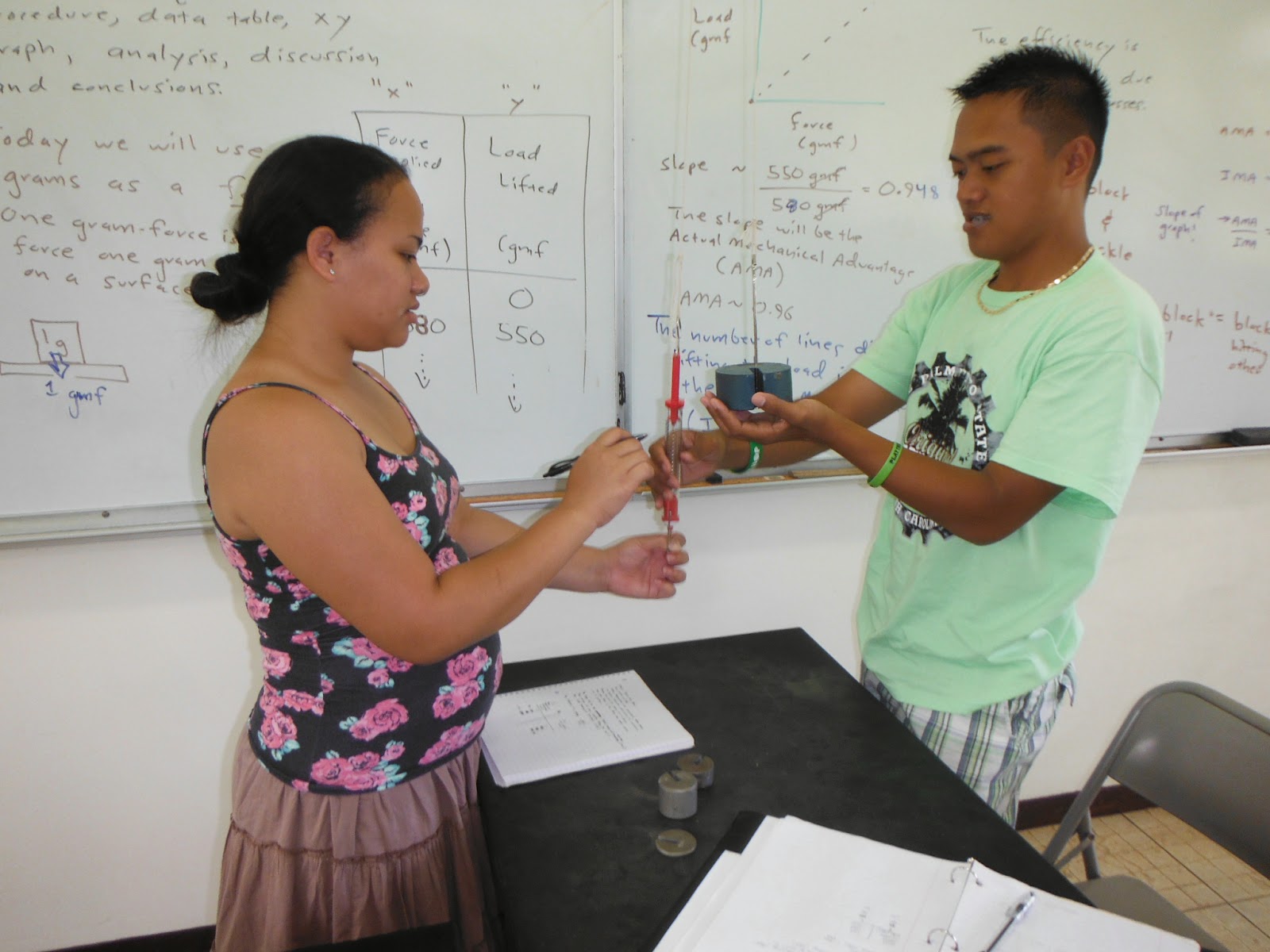 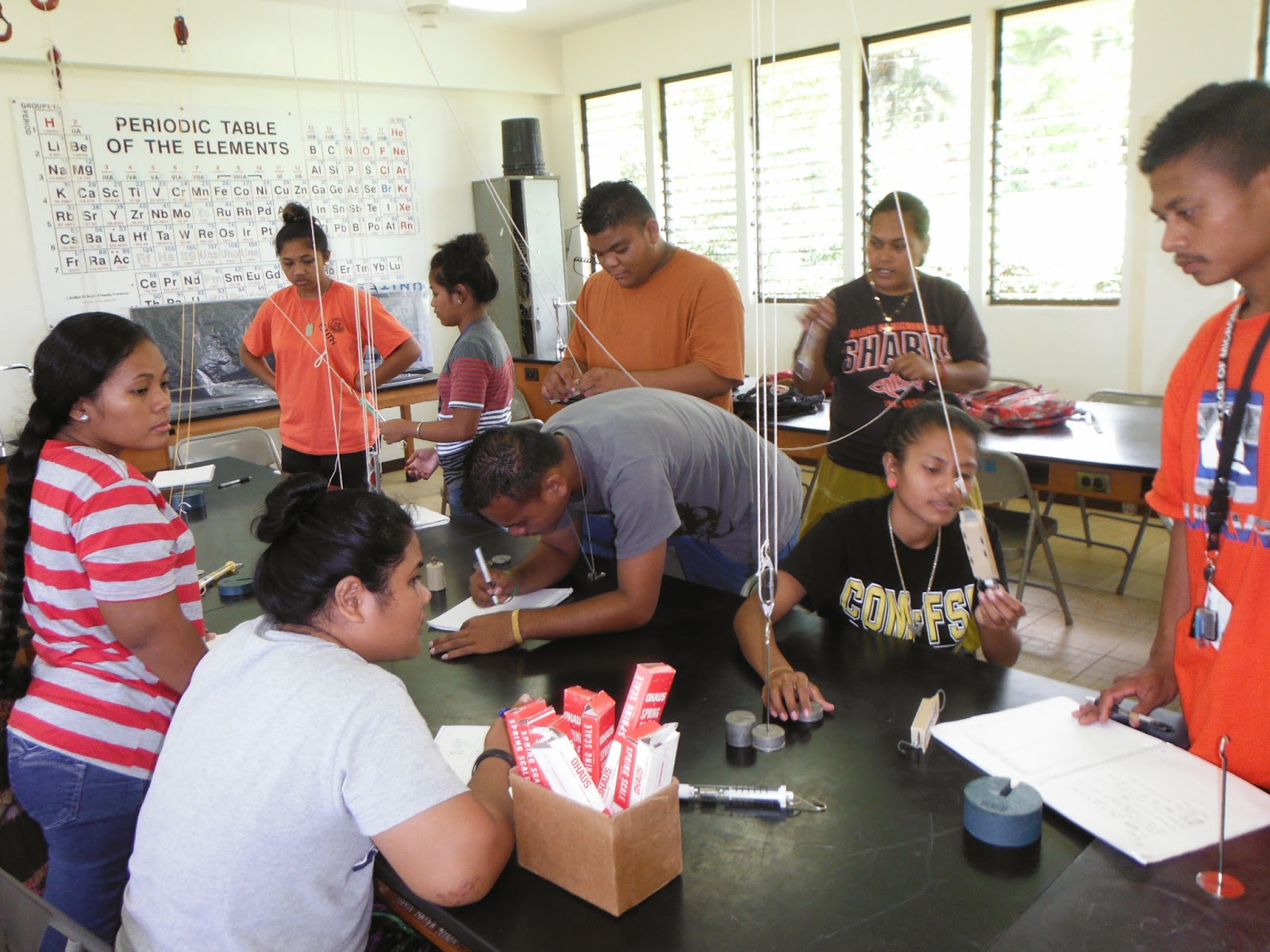 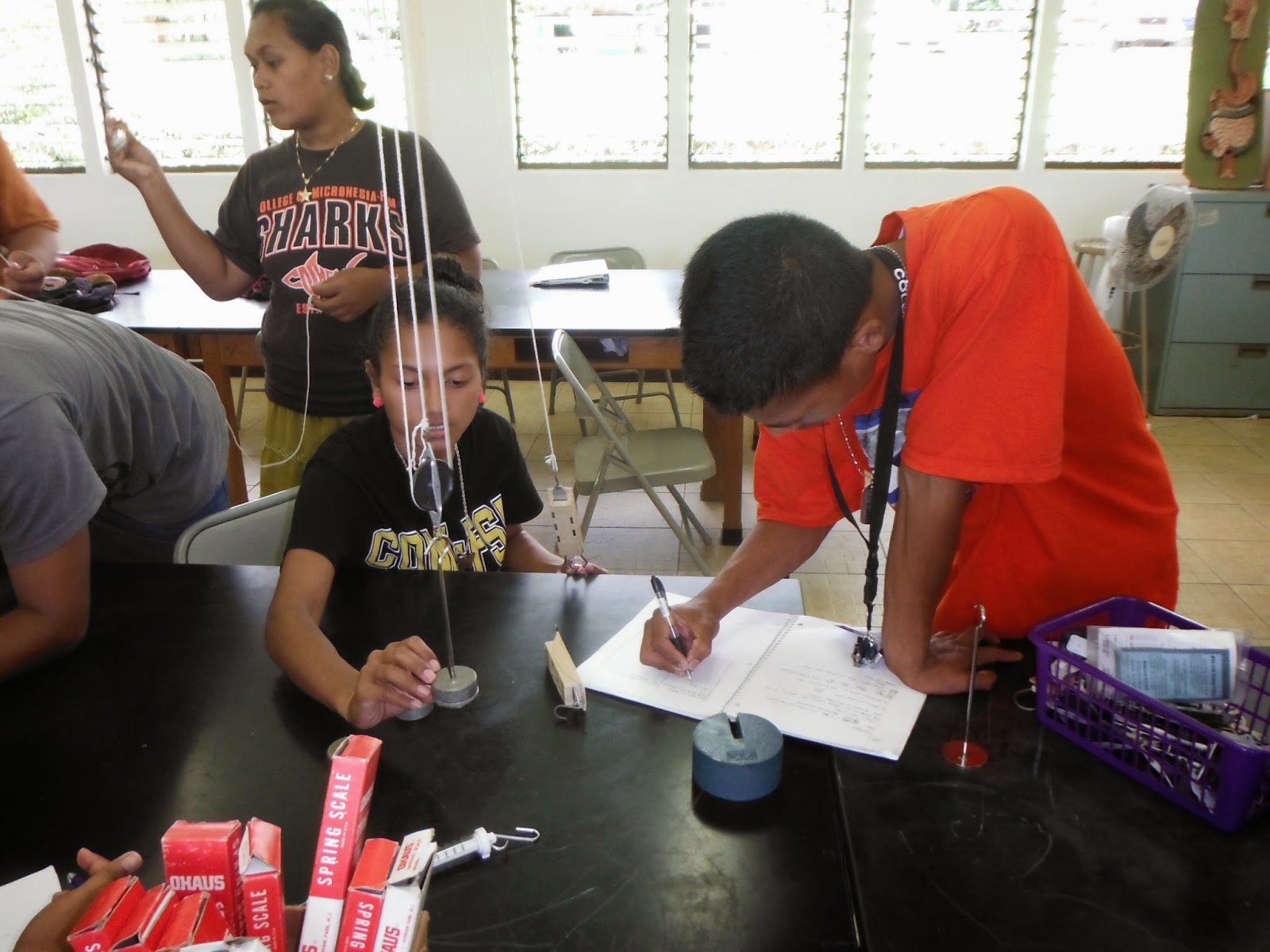 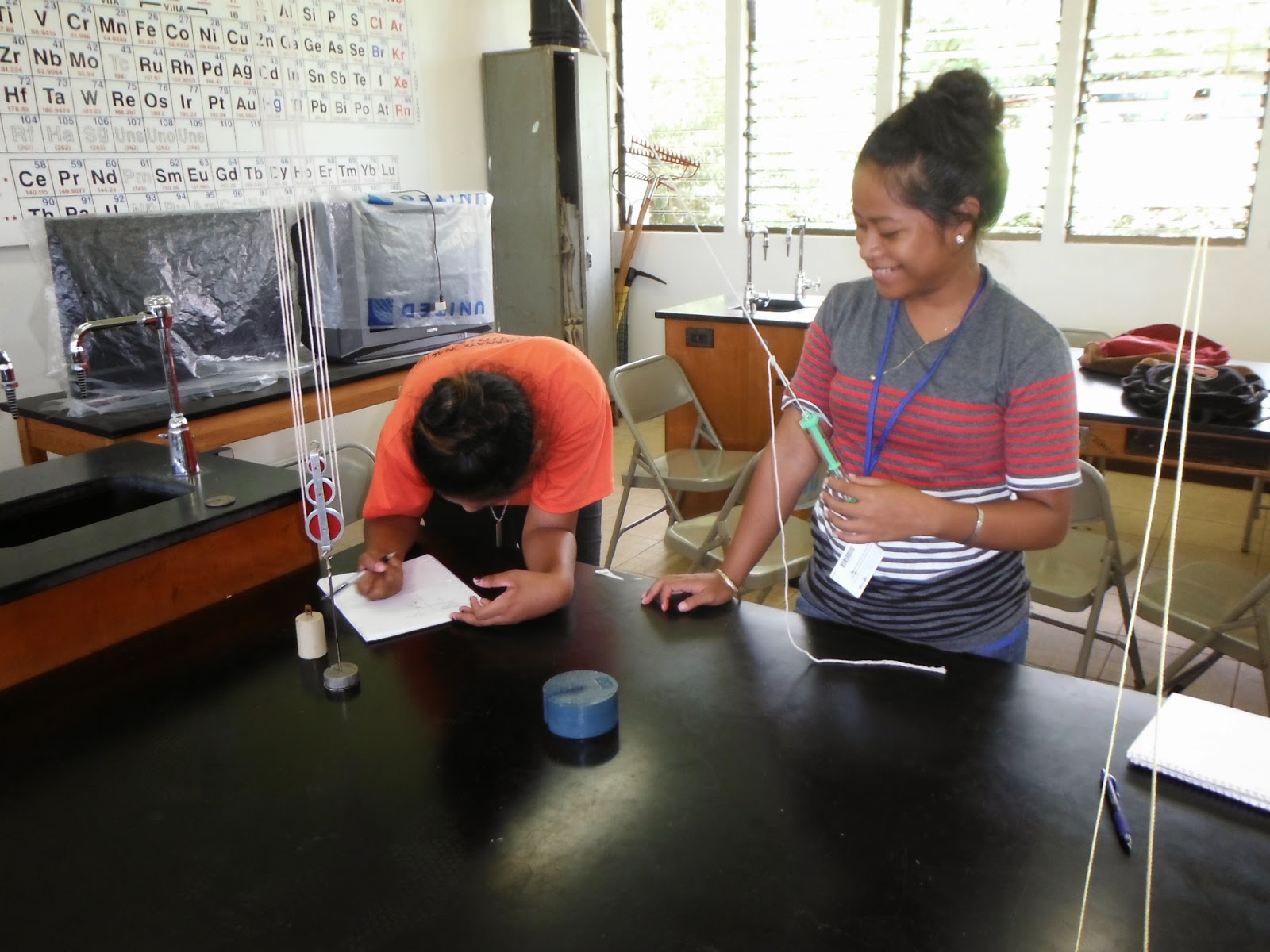 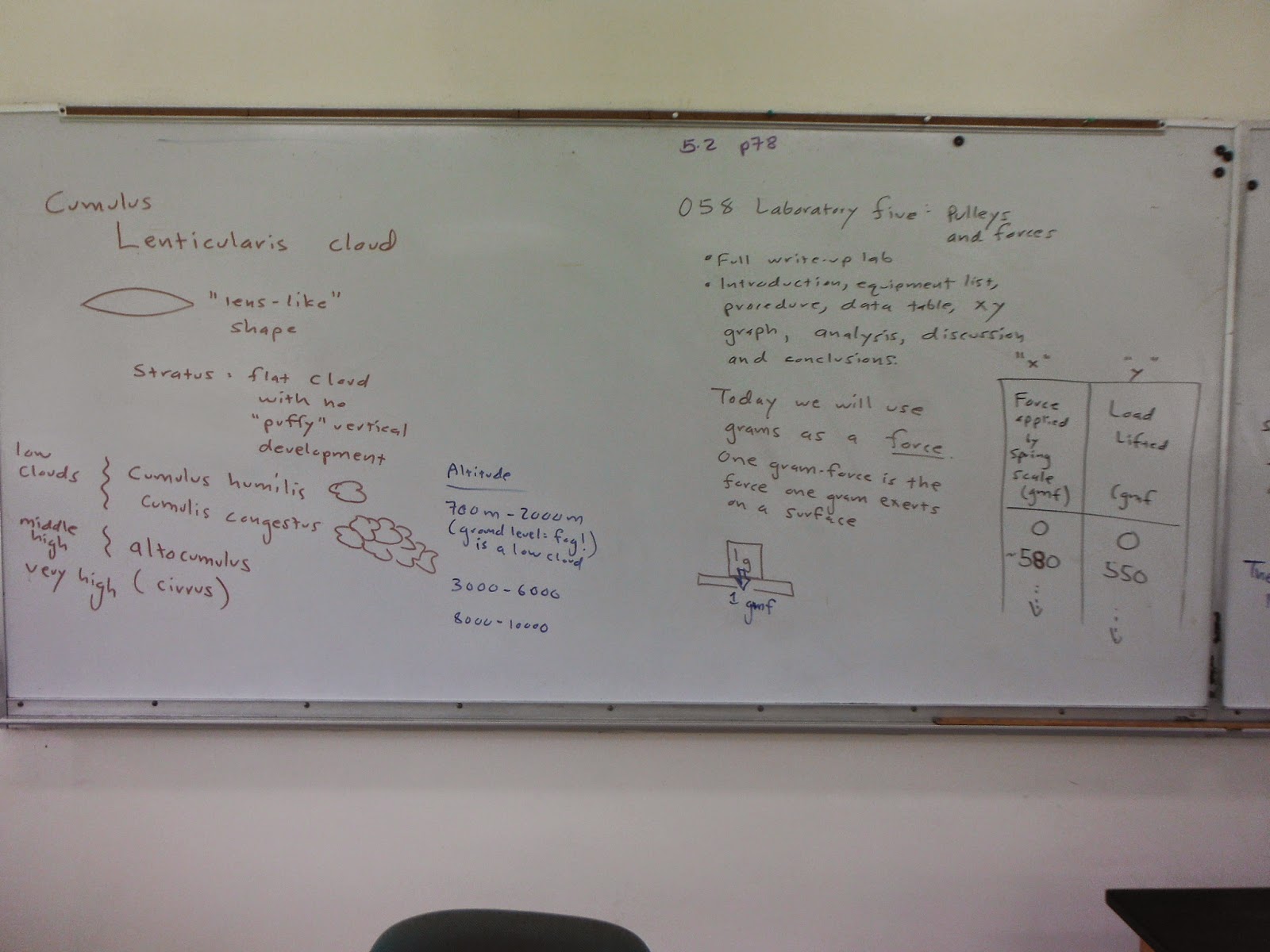 Board notes. Jasmine and Jessica got to see an unusual lenticular cloud at 8:00, others arrrived after the sun broke it up. 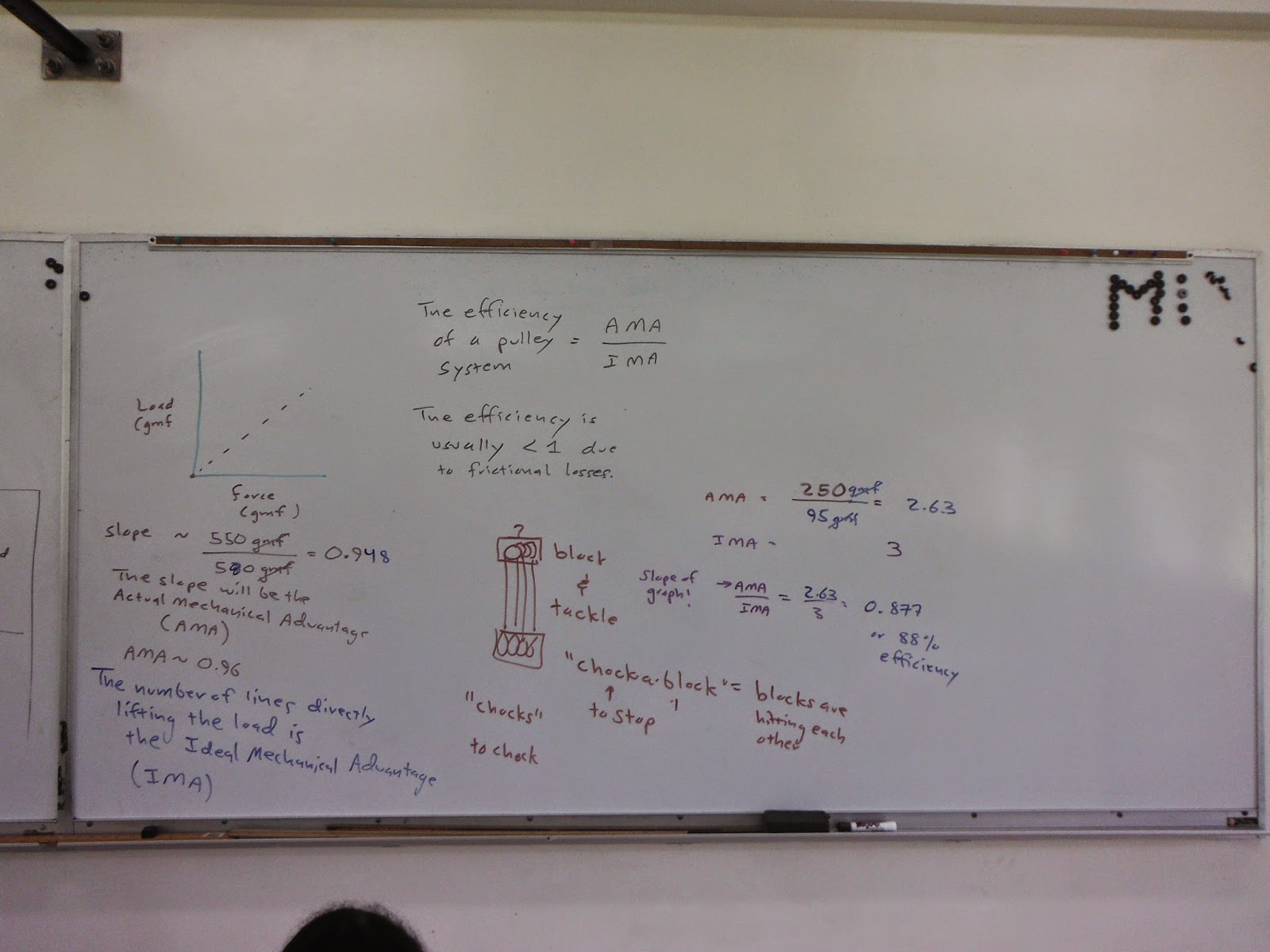