Force and the acceleration of a RipStik

September 22, 2014
I decided to combine the concept of using weights on a rope from a couple years ago with the pulling concept of last year to try to again find an equivalency between the acceleration generated by a force and the acceleration of the RipStik. 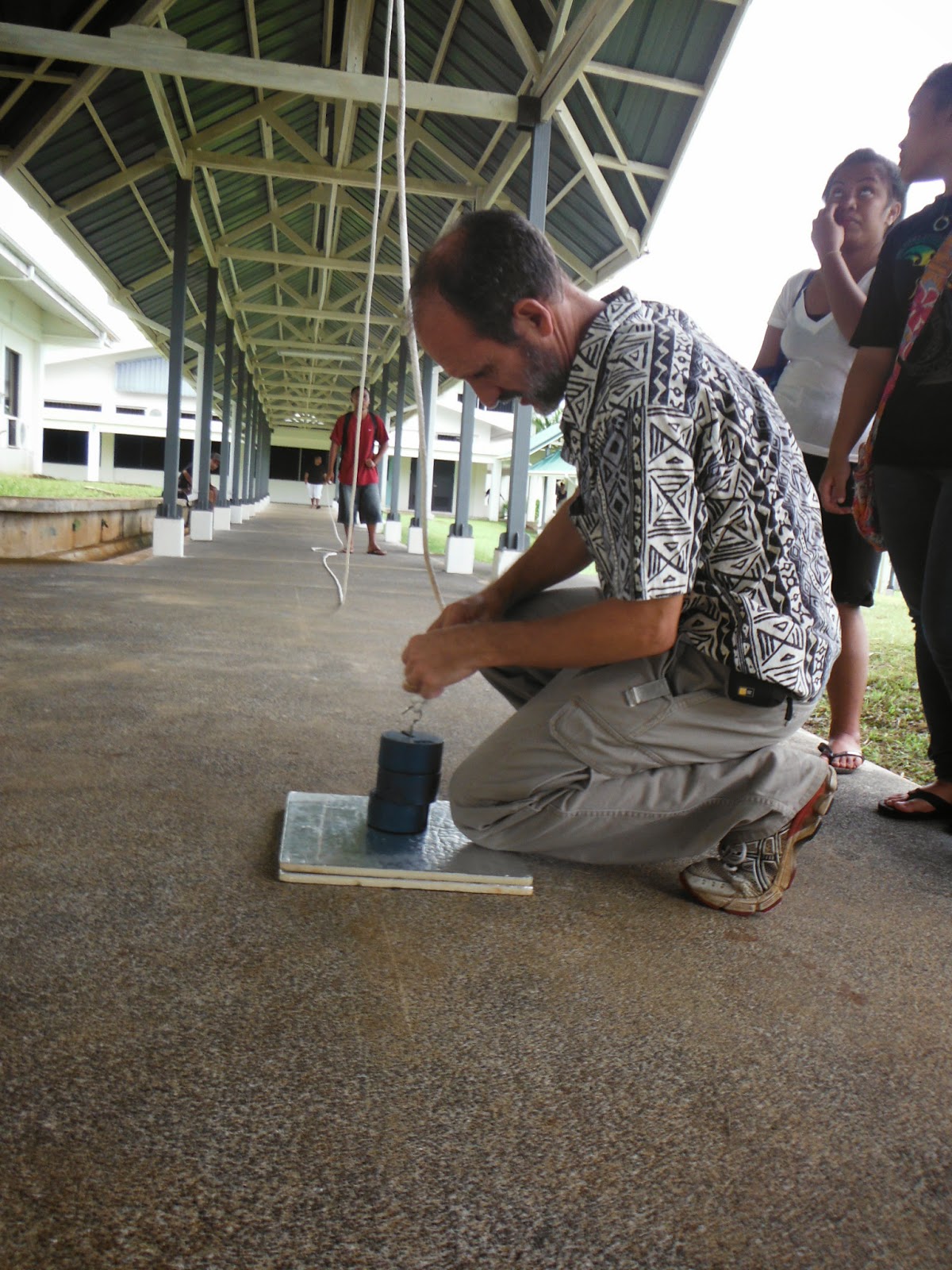 I opted to use six kilograms which proved prescient, four would have been too little to overcome the massive friction with the beam above. I need a ladder, aluminum foil, and maybe light grease to make that rope run free. A clamp on pulley would be even better. Duck tape to keep the weights safely on the hangar is also a future need.

I used the foam core radiant energy reflectors as cushioning. 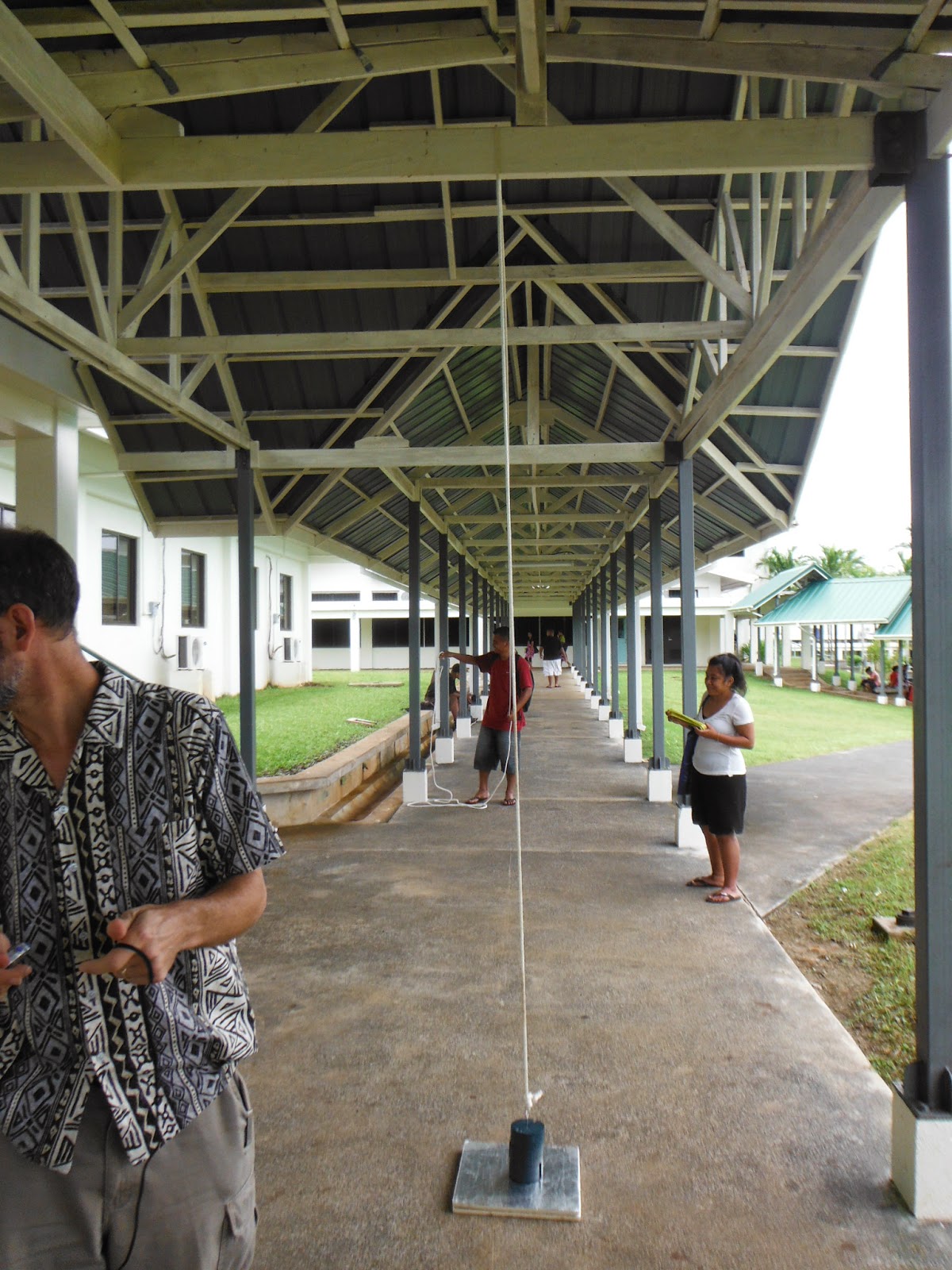 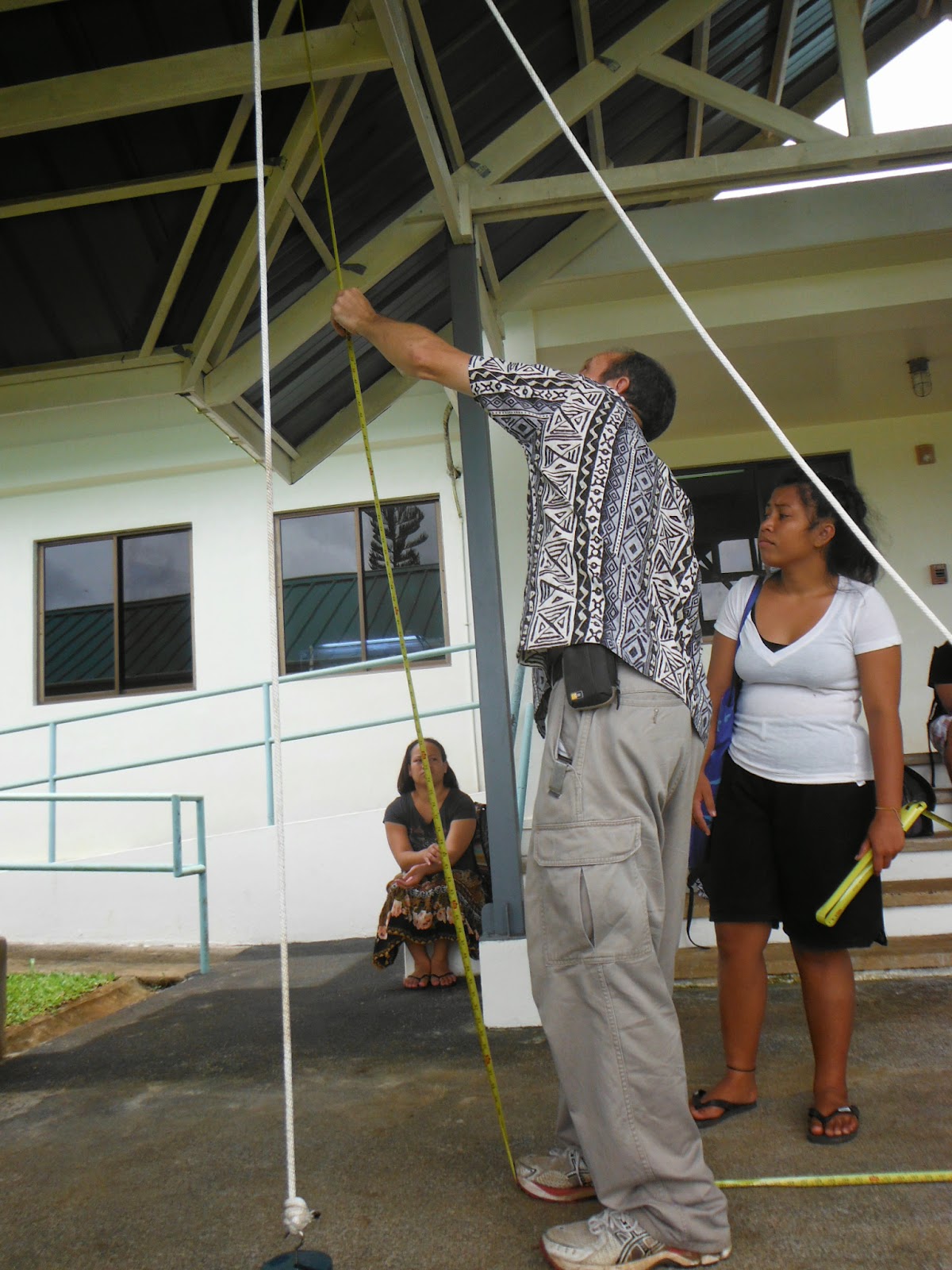 The distance over which I would accelerate is equal to the fall distance of the 6.05 kg mass (three two kilogram masses plus a 50 gram hangar), 2.6 m. Lerina looks on while holding a portion of the tape measure. 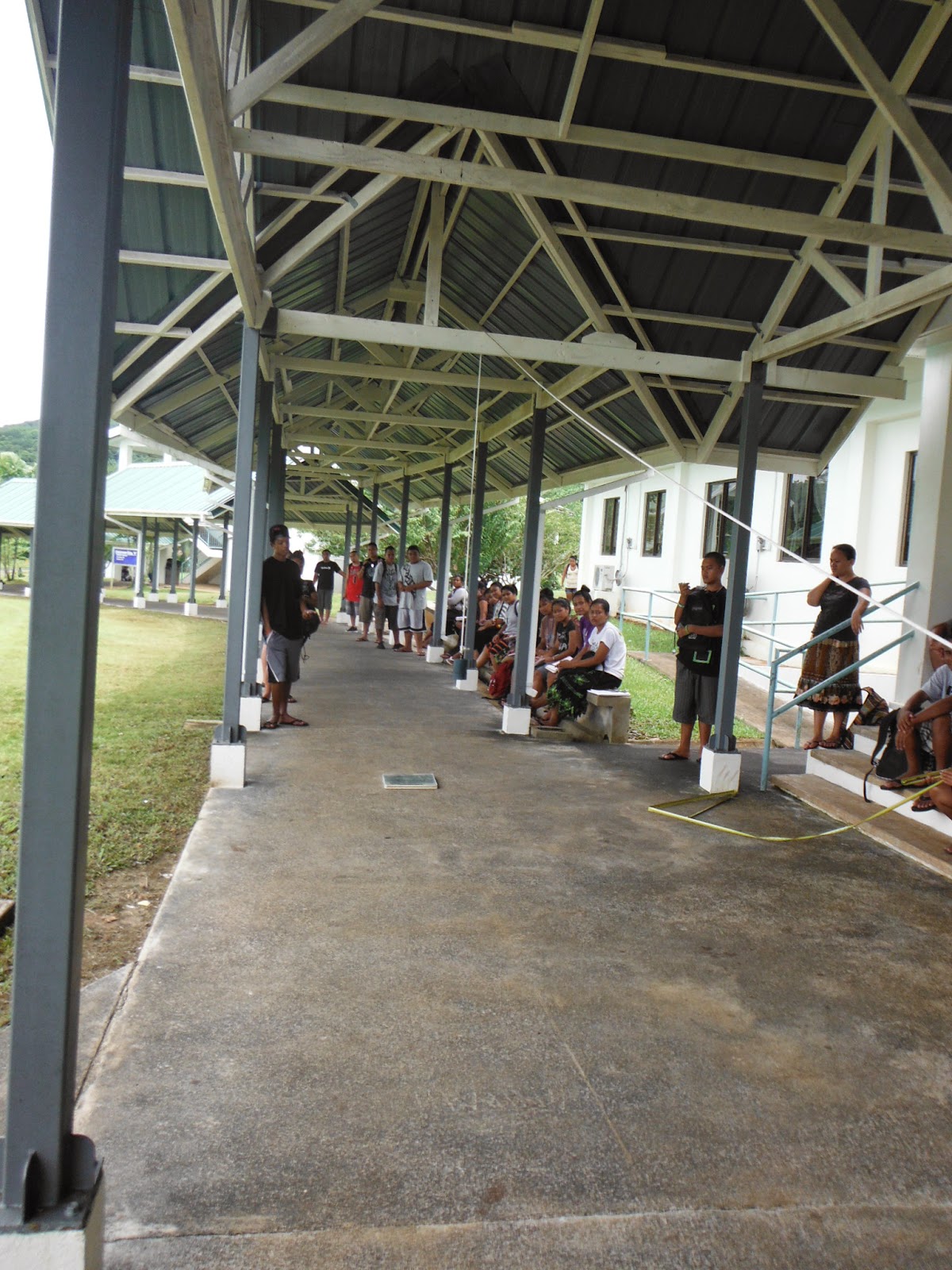 The masses being lifted 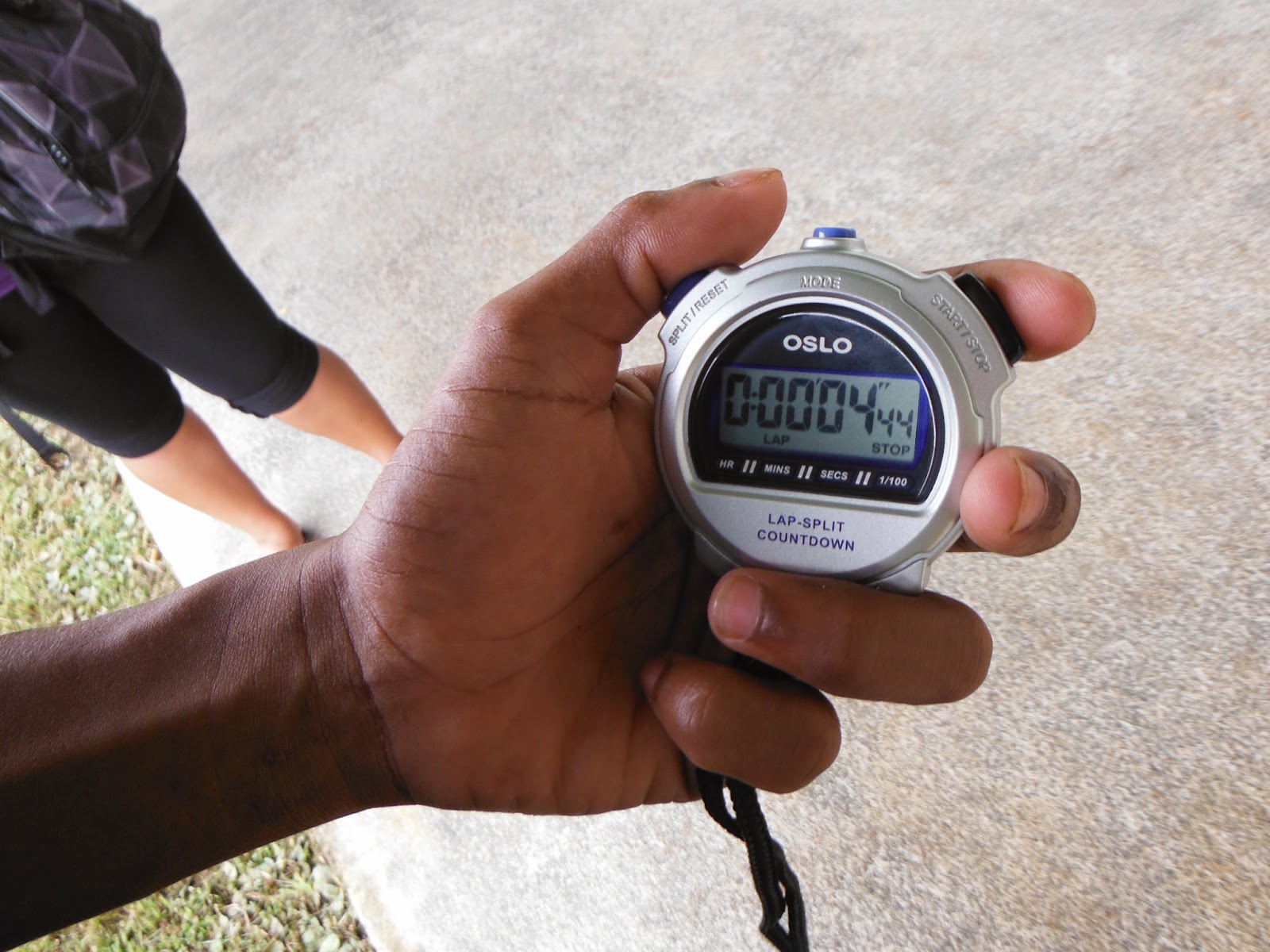 That force acted over a distance of 2.6 meters in a time of 4.44 seconds. Using d = ½at² to obtain a = 2d/t² = 2*2.6/4.44² = 0.26 m/s². That represents a whopping 69% loss of theoretically available acceleration, but then the rope is rubbing directly against the wood - the coefficient of static friction was particularly high. If I could get a piece of foil up there, that might help. Maybe even some light grease. 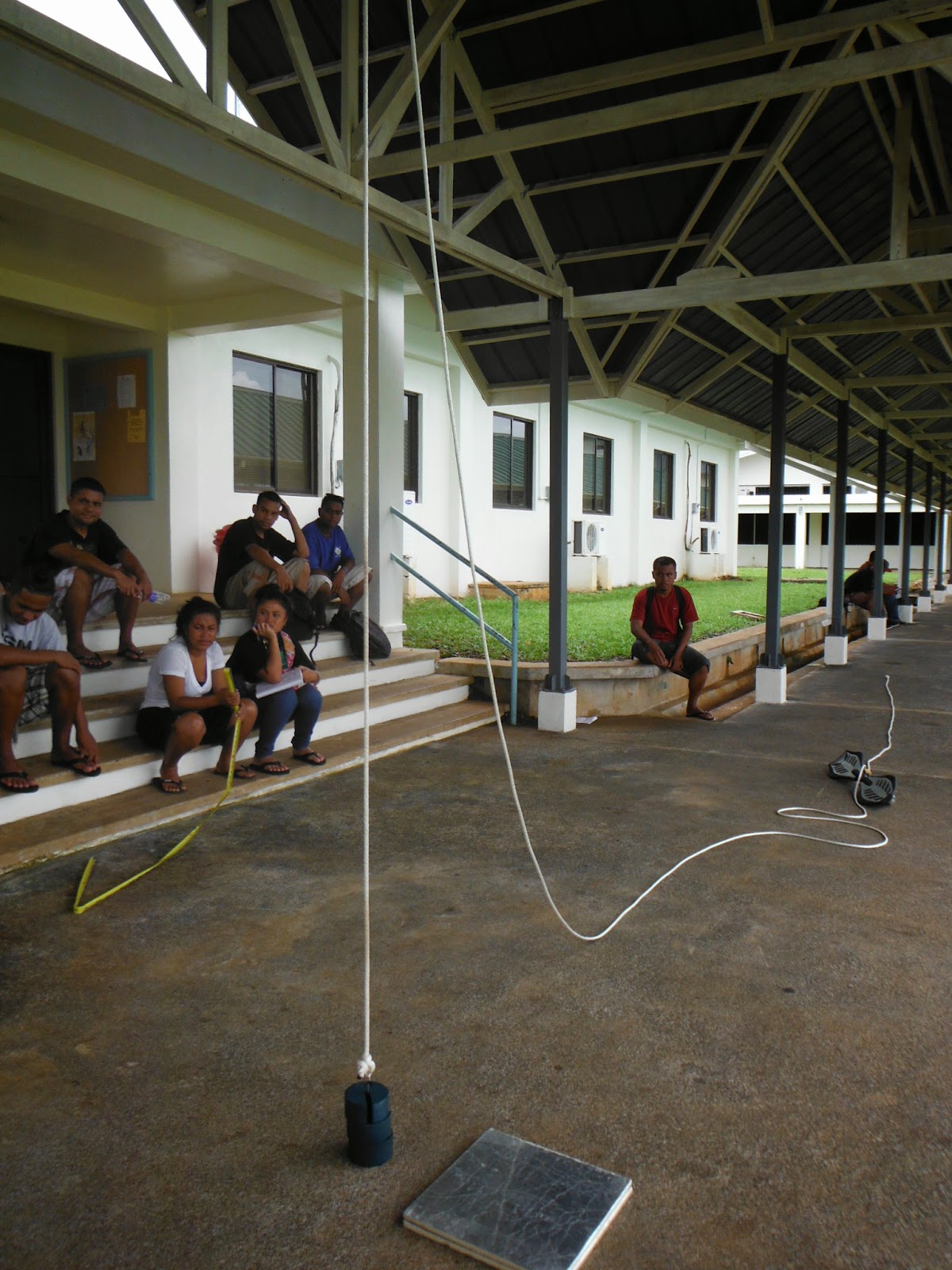 Post-run note that the masses have landed to the north of the intended landing pad. The launch was wobbly at best, I started to lose balance and rather unintentionally pulled on the rope to give myself an initial velocity. The RipStik can be seen in the background. 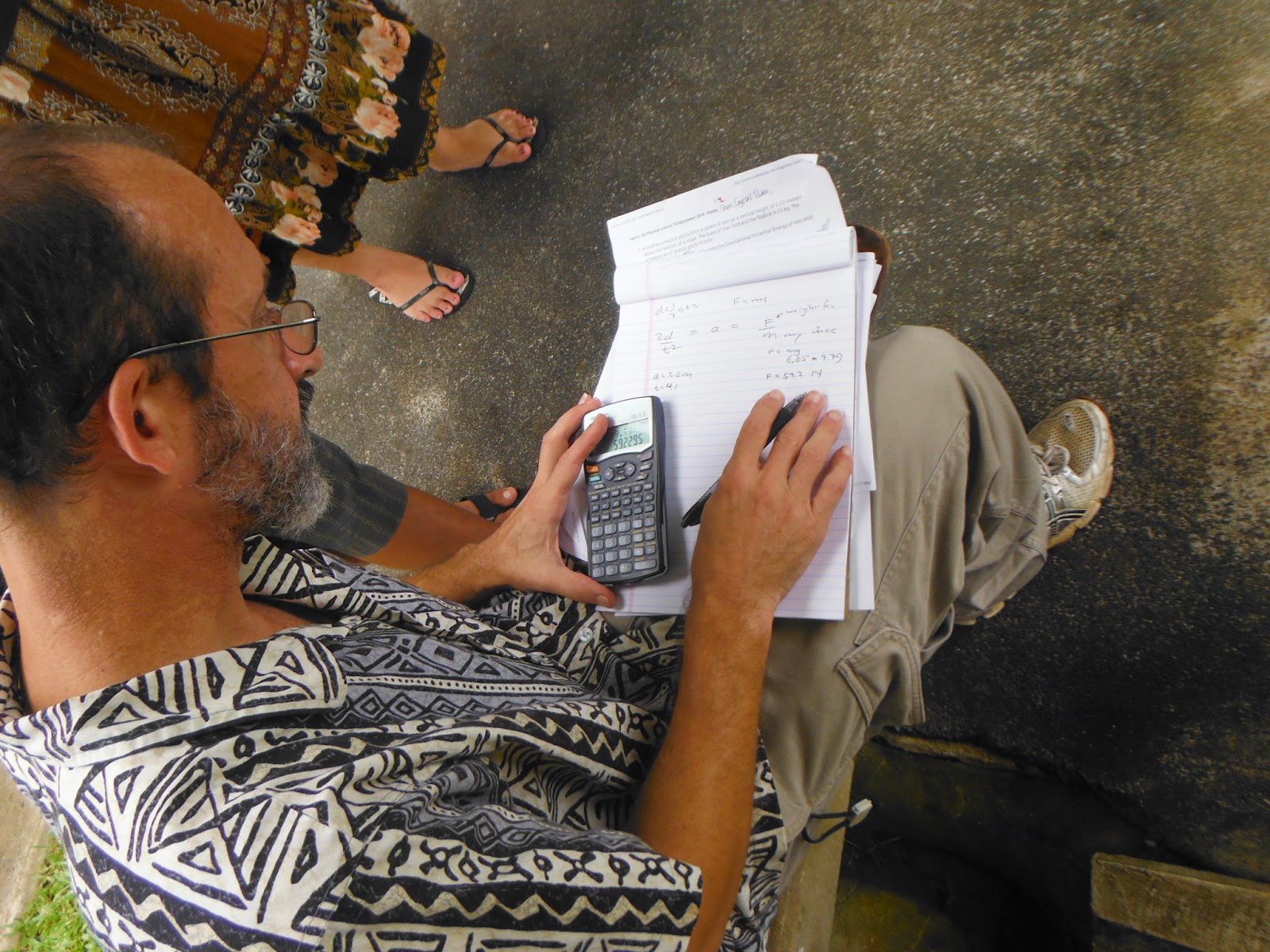 In the image above, I make calculations on the system. I had projected a 50% loss due to friction, the 69% loss exceeded my own predictions. To an order of magnitude, the force generated the expected acceleration. My thanks to Vanity for the excellent photographs - she captured the system in good detail.
physci