August 31, 2014
Monday, the first day of class for the fall term, I briefly covered the syllabus and introduced the course. By 12:30 I passed out the pre-assessment which was slightly revised and expanded from previous editions.The pre-assessment problems focus on density. On Wednesday when I pass back the marked pre-assessment and go over the answers, the students are also being introduced to the mathematics of density and one of the twin core themes in the course. The course focuses on mathematical models and writing.

Laboratory one remains essentially the same as it has been for the past seven years. The laboratory acts to introduce metric measurements in centimeters. Centimeters will then be used in laboratories two, three, and four. RipStik demonstrations are also now all done in centimeters and seconds
.
To keep the laboratory within a 90 minute time frame, I switched a few terms ago to electronic scales to determine the mass. The quadruple beam Cent-o-gram balances are more concrete and visual, but do not necessarily aid understanding in what mass really is. A deep understanding of mass is difficult for anyone to arrive at and I would venture to guess that for all of my students mass and weight are completely entangled concepts. 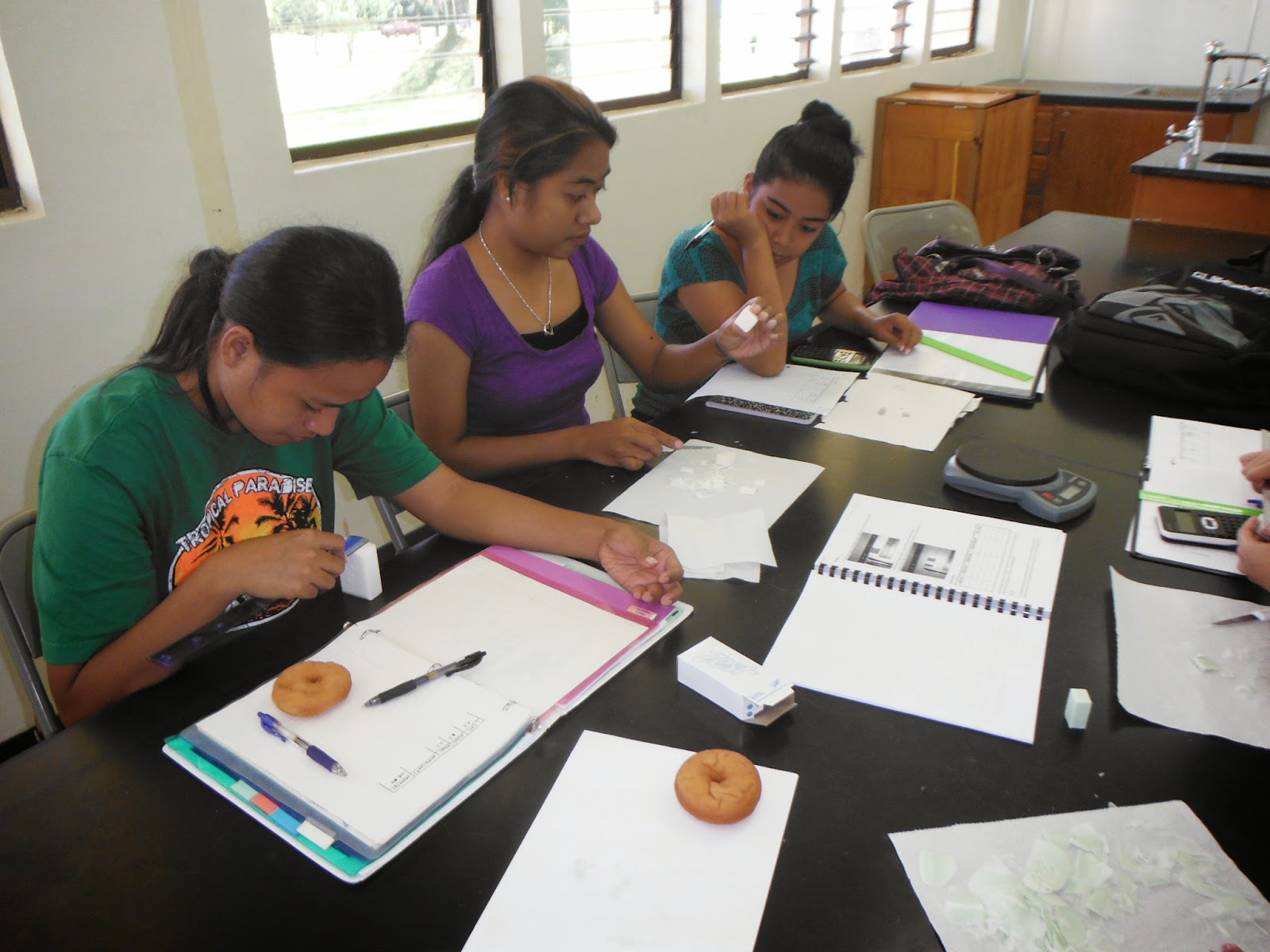 The second half of the three hour laboratory is spent in the A204 computer laboratory. The laboratory format is introduced and the use of Schoology LMS is covered. 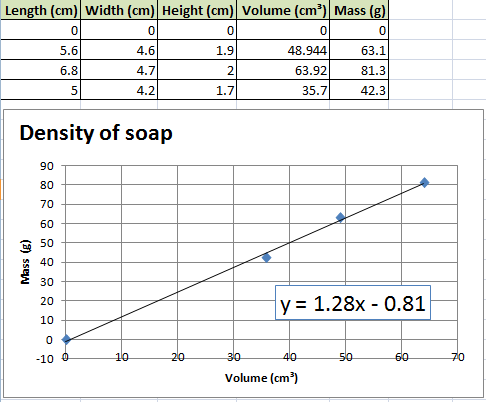 Data gathered from Dial Basic soap. Ivory is always used along with other sinking soaps. Each group works with only one kind of soap, but up in the computer laboratory I ensure that the class is aware of the slope based prediction that the Ivory soap will float. And the Ivory knows what to do - the Ivory floats when placed in a beaker of water that I bring up to the computer laboratory, thus echoing the quote I read at the start of the laboratory:

For a physicist mathematics is not just a tool by means of which phenomena can be calculated, it is the main source of concepts and principles by means of which new theories can be created... ...equations are quite miraculous in a certain way. I mean, the fact that nature talks mathematics, I find it miraculous. I mean, I spent my early days calculating very, very precisely how electrons ought to behave. Well, then somebody went into the laboratory and the electron knew the answer. The electron somehow knew it had to resonate at that frequency which I calculated. So that, to me, is something at the basic level we don't understand. Why is nature mathematical? But there's no doubt it's true. And, of course, that was the basis of Einstein's faith. I mean, Einstein talked that mathematical language and found out that nature obeyed his equations, too. – Physicist Freeman Dyson
physci