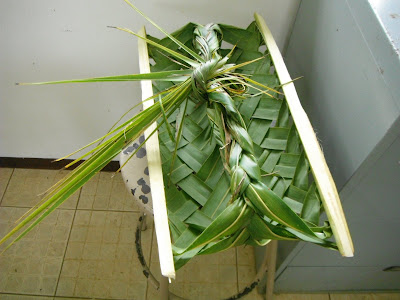 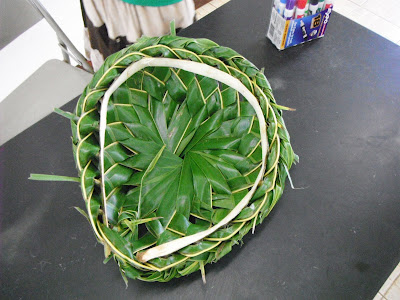 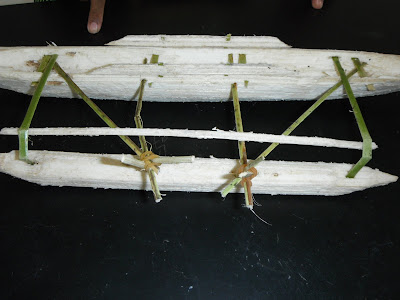 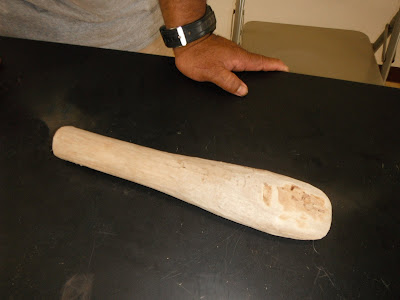 A breadfruit knife known on Pohnpei as a Pwai. The word is two syllables and is the same word as that used for the giant clam. One version of the pwai is made with the shell as a cutting edge. 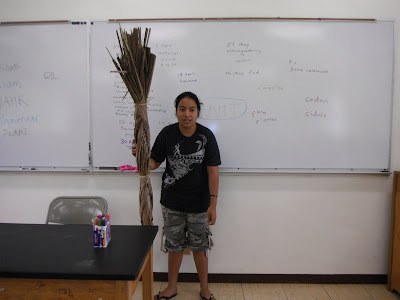 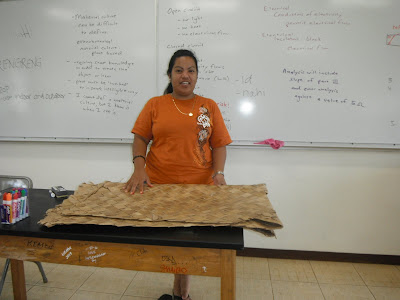 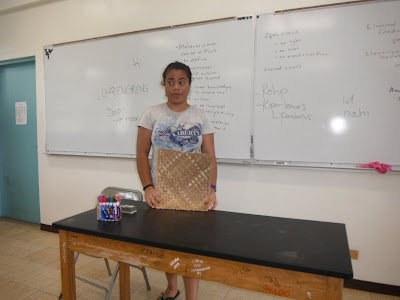 Chenniva with a Mwokillese rohp, a one person mat called a "joamas" which literally means "stingy" because only one person can sit on the mat. A mat for one carries a connotation of selfishness. 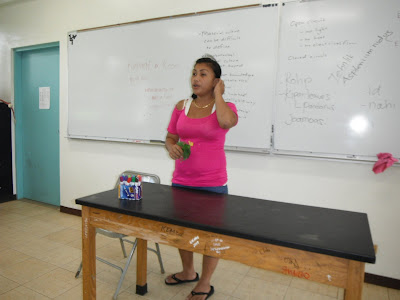 Markina covers the meaning of flowers worn above the ear. Left side, not married. Right side, married. 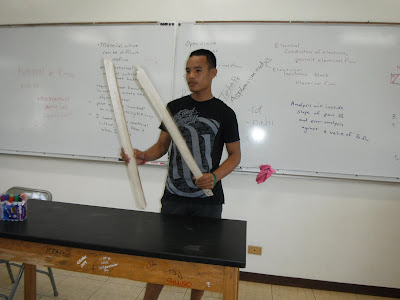 Rockyner talks about the tipw, stick for removing food from the uhm.