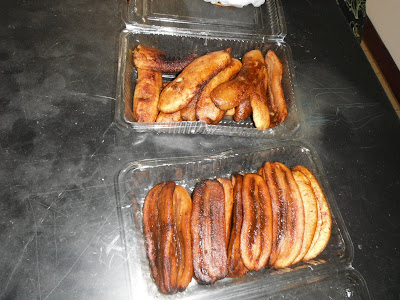 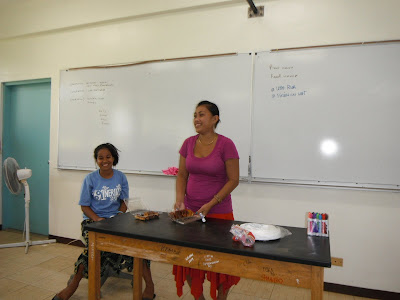 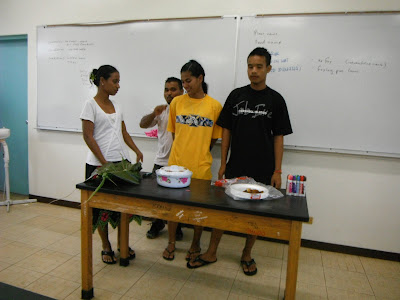 Melsina, Jasper, Roxann, and Rockyner teamed to present a pair of foods. 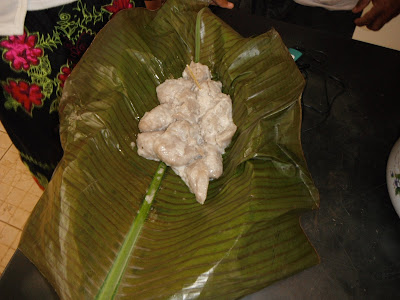 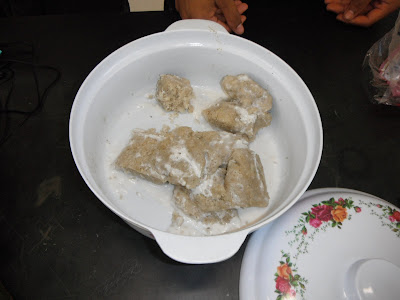 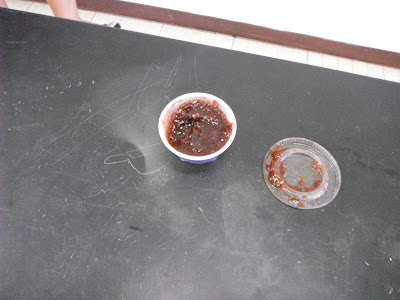 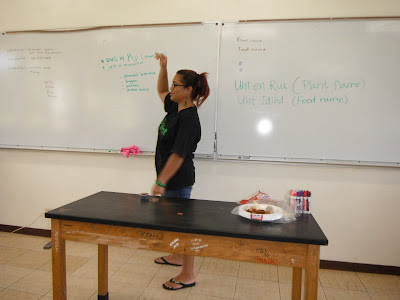 Chenniva noting the use of Fijian bananas to make the Mwokillese jam. Pound four cups of bananas. Add six cups of water and 2 cups of sugar. Cook while stirring continuously for five to six hours until you have jam. Remove from heat. Add shredded lemon leaves for flavor. 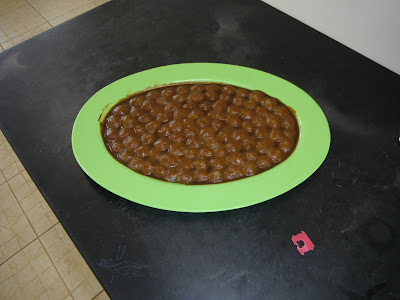 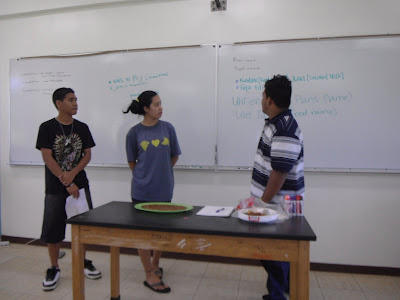 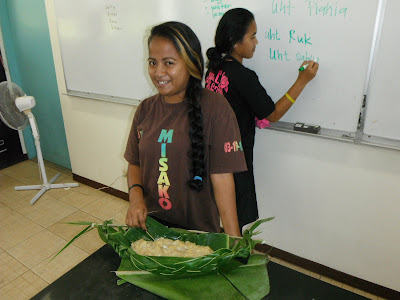 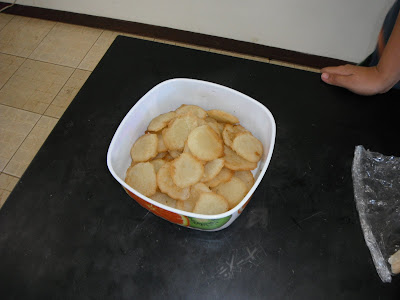 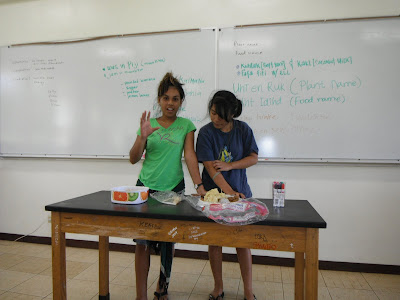 This was new to the students and generated much curiousity and a flurry of taste testing. The tapioca is ground and then squeezed into cold water. The starch is allowed to settle and harden, whereupon the excess water is poured off. A little sugar is mixed into the starch along with coconut milk. The starch is then fried after the manner of banana fritters. 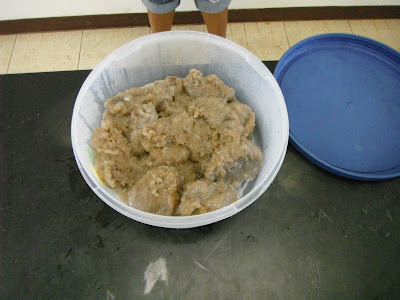 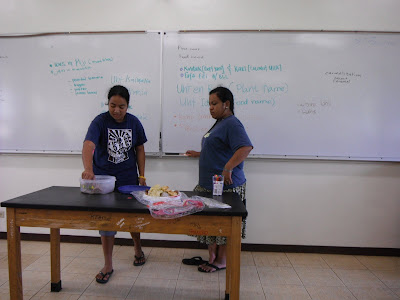