February 05, 2013
The students in SC/SS 115 Ethnobotany spring 2013 presented on cyanobacteria, mosses, lycophytes, and monilophytes. In general the presentations evidenced better preparation and coverage than recent terms. Click on an image to enlarge that image. 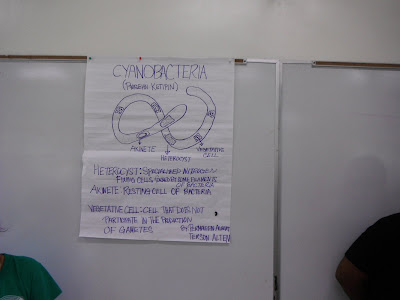 A poster session seen above covered the cell types in Nostoc, a cyanobacteria. 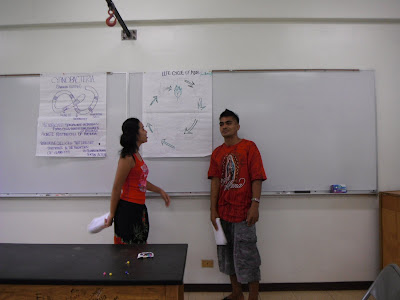 Sallyann and Robinson presented the life cycle of mosses, diagramming the haploid and diploid segments of the plant. Sallyann noted the spore capsule and the roles spores play in the life cycle. 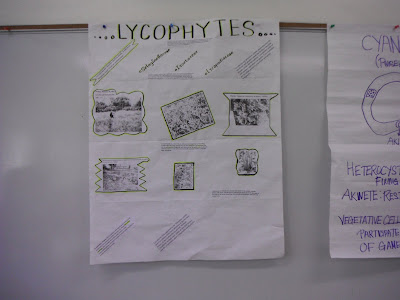 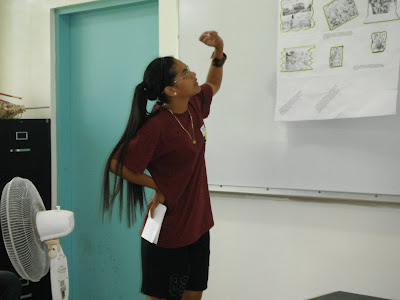 Roxann Moya presenting. Her partner, who was to handle monilophytes (ferns), was absent. 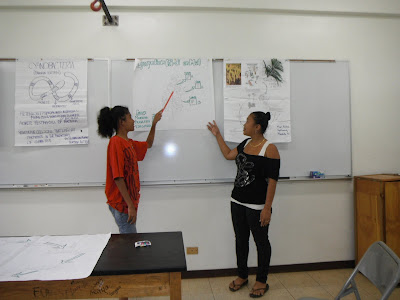 Virginia Fredrick and Markina Fredrick presenting the morphology of Lycopodium. Frauleen Fredrick, not imaged, was also a member of the group. 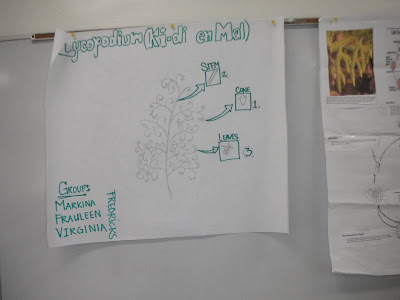 In class I noted that the cones are known as strobili in botany, with a single cone being a strobilus. I also corrected the use of the term leaves, noting that the correct term is microphylls. Flowering plants have megaphylls. 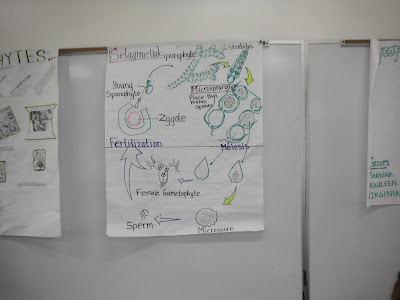 Above is the poster for the life cycle of selaginella. 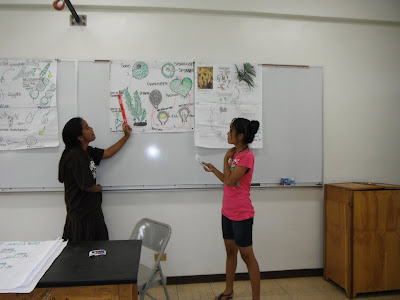 Brenda and Liona-Leigh explained the life cycle of ferns. 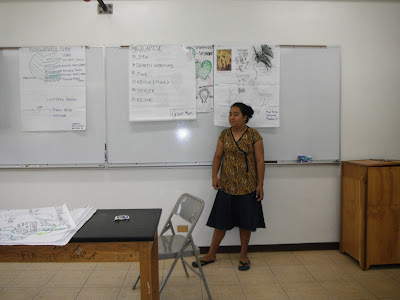 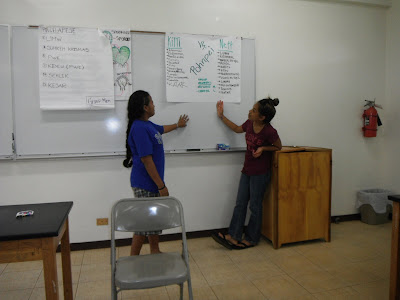 Misako Manuel and Cheryll Ligohr ably made clear the dialectical differences between Kitti and the northern pronounciations of plants on Pohnpei. 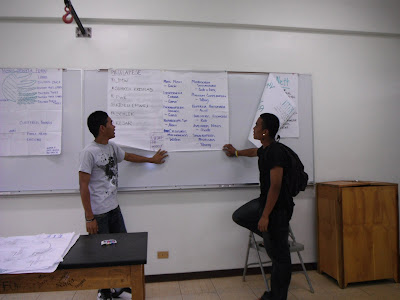