February 14, 2013
Some terms laboratory 042 goes well, other terms the laboratory seems to fall flat. This term both sections did well and the closing presentations were generally well done. Although I did not hew closely to the text book, I did use my usual introduction of the marbles. I suspect I provide more structure and guidance on how to measure velocities than in the past. The laboratory is done in an exploratory, constructivist vein. 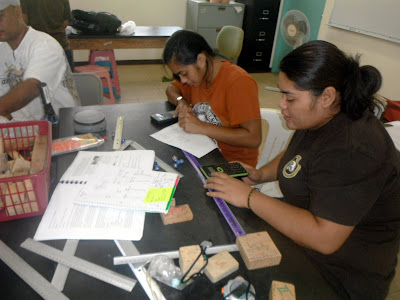 I first asked the students to predict the result prior to any marble collisions. Then I released one marble on a shallow ramp. The marble rolled down and collided with a line of five marbles of roughly equivalent mass. 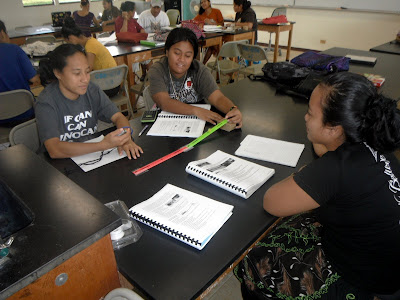 Five to seven marbles sit touching each other on the flat portion of a marble track. The marble track is made of two plastic rulers with grooves to guide the marbles. One to four marbles are released from an elevated end of the track. I demonstrated that "marbles in" appear to equal "marbles out." I noted that this also means that "mass in" must roughly be "mass out." 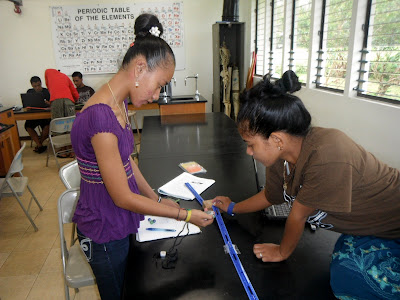 I also qualitatively demonstrated that "speed in" appeared to be related to "speed out." This was all  done qualitatively, not quantitatively. 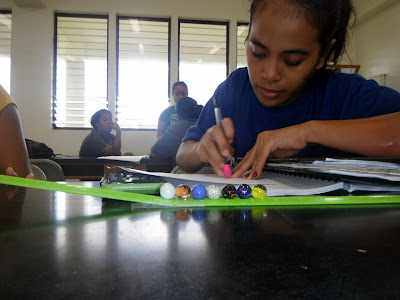 I deployed electronic mass scales to simplify massing the marbles. In addition, in a break from prior terms, I demonstrated ways to measure speed in and speed out. This term provided more structure, was more directive, than prior terms. Different classes seem to start differently, I have yet to gel the design of this laboratory. 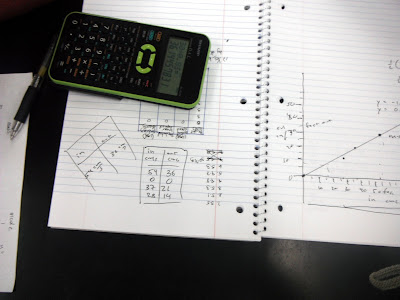 Notes. The group was trying to measure velocity but could not figure out to do so. There is simply not enough scaffolding from laboratory two, and no prior science lab experience, from which the students can build their own design. So I ran some velocity measurements to show them how the measurements could be made. 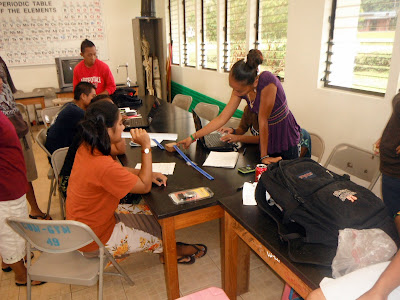 Reliann presents group results to the rest of the class.

This term as in prior terms I had the opportunity to discuss the misuse of "magic" words that the speaker does not actually understand. For many of the students, tossing around "force" is the equivalent of saying "magic." Neither word explains how the marbles "know" what to do. 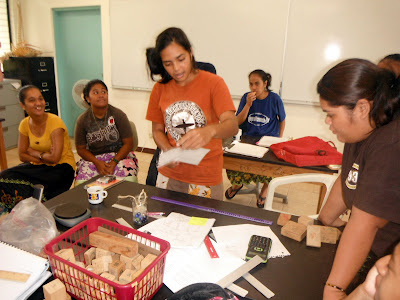 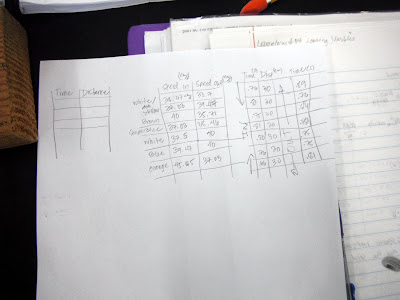 
Once the students have their minds wrapped around the mystery of the marbles, I ask them to form small groups and to try to attach numbers to the system. To make qualitative measurements of mass and velocity for the marbles. I provide no further guidance nor correction. I do circulate and try to be helpful to groups that seek assistance. 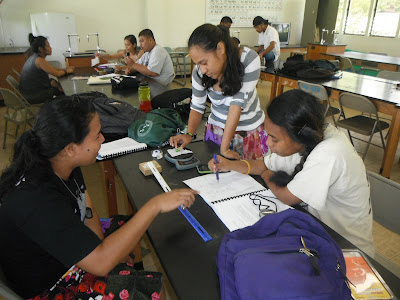 Beverly, Darby, and Gayle Marie discuss their results with each other.

The laboratory wraps up with each group presenting their results to the rest of the class. The concept is that the students function as scientists who then share their results. This went well this term, although further development might be beneficial. Maybe the groups should do a write-up and present final results at some later time? 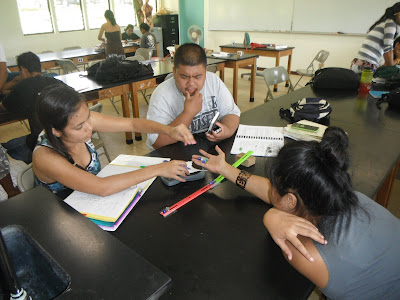 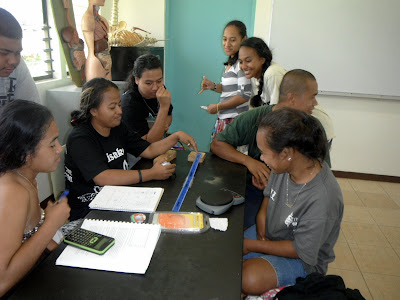 Misako explains what the group she was in measured and why. 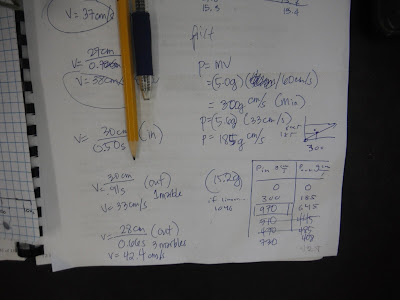 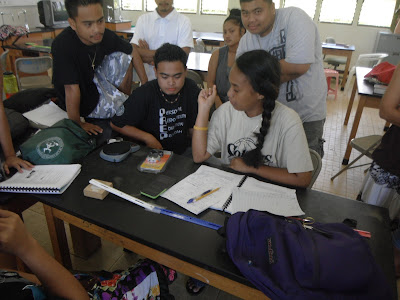