February 19, 2013
"...by the 1930s the finest research work was being done at the Ponape station, largely through the efforts of one man, the distinguished agronomist Hoshino Shutaro (possibly also known as Hoshino Moritaro), who came to the island in 1927 and set about making Ponape the center of Japanese agricultural research in Micronesia. A tireless researcher who traveled widely, Hoshino scoured the world's tropics for plants, including medicinal varieties, judged to he potentially useful in Micronesia. Through his efforts the Ponape experiment station became one of the foremost world centers for the study of tropical agriculture.1 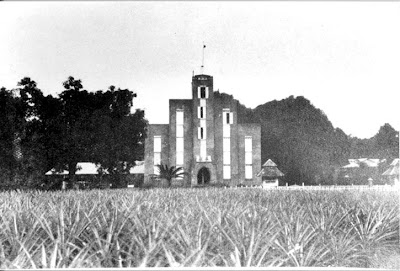 "There the visiting American journalist Willard Price found him in the mid-1930s, "bluff, hearty, and rubber booted," presiding over a small agricultural kingdom on which he grew cloves and nutmeg from the Celebes, rubber trees from Malaya, vanilla, pepper, and cinnamon from Java, cashew nuts from India, and a multitude of other thriving ground plants, as well as grasses, shrubs, and trees, many of which were the product of his skillful crossbreeding."1 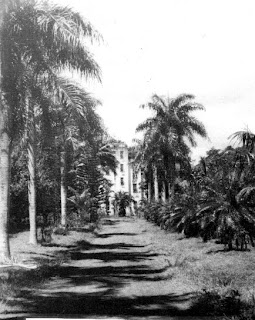 From Riptide by Willard Price, 1937: "Ponape station had 238 varieties of fruits, vegetables, grasses, shrubs, and trees. Corn from Kansas, chestnuts from Polynesia, cashew nuts from India, cloves and nutmeg from Celebes, alligator pears from Hawaii, lichee nuts from China, Brazil nuts from Brazil, oranges from California, jack fruit from Malaya, mangosteen from Borneo, aloe vera and pomegranate were also brought in. From Java came sapodilla plums, vanilla, pepper, and cinnamon. Mahogany, teak [both still found in Madolehnihmw], sago palm, African oil palm, tamarind [in town near state police station], caiput. Hoshino had also cross-bred ("Burbanked") Japanese rice with a hardier tropical rice from India. Japanese rice could not handle the high amounts of rainfall and needed a dry season. Rice from India was not preferred by the Japanese. The crossbreed had the qualities of both, grew without a dry season, and satisfied the Japanese palate."2

Willard appears to have missed the presence of the expansive field of pineapples in front of the station! 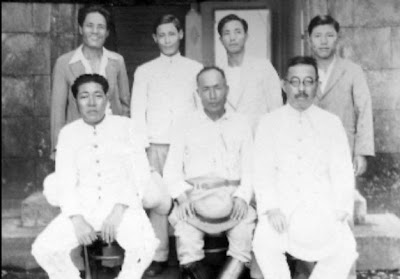 Hoshino Shutaro may be the bespectacled man front row right.

1Food Plants of Nan'yo: Micronesia in the Time of Japan Excerpted from Nan'yo: The rise and fall of the Japanese in Micronesia 1885 – 1945 by Mark R. Peattie. Pacific Islands Monograph Series no. 4. University of Hawaii Press, Honolulu, 1988.