February 24, 2013
The week started off with a heat and temperature video done in 1980 by Ontario TV in Canada that still does a nice job of covering the difference between heat and temperature for an ESL audience. The video tape is apparently no longer available, but the video lives on in YouTube space, at least episode 20 and 21. A search for the other videos we watch (16 to 21 inclusive) can be done to find the rest. 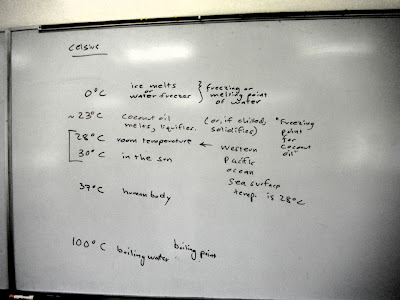 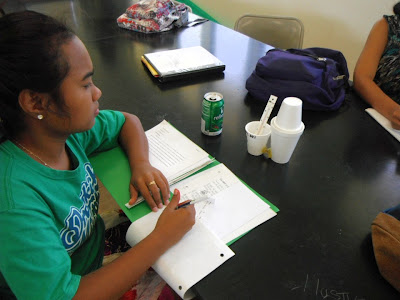 Laboratory six had the students exploring conductivity of heat and then presenting chart choices to the class. 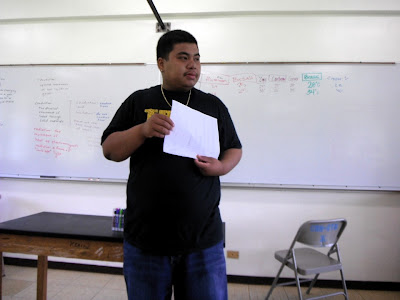 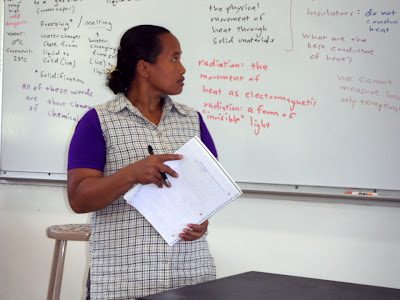 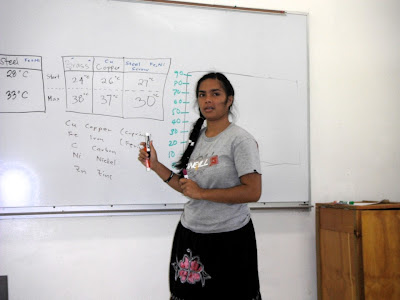 Sepe Valton Palsis presented with her usual style and flair 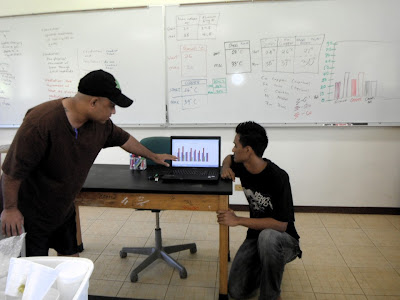 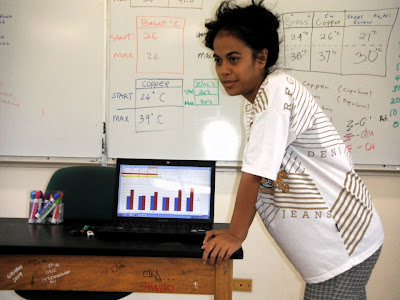 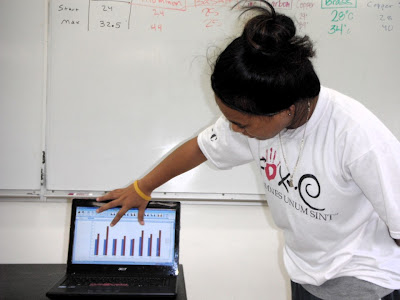 Gayle, working in the afternoon, shows a two column solution 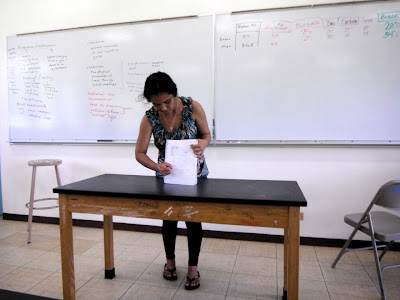