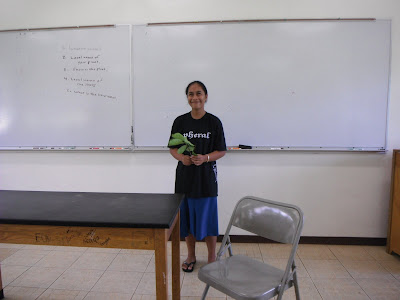 Permaleen was the first student in SC/SS 115 Ethnobotany to present. Permaleen spoke about the use of sei, soursop leaves, in a tea used to alleviate some of the symptoms of soumwahu en suke (Pohnpeian, diabetes). 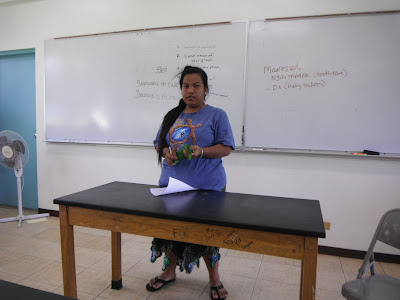 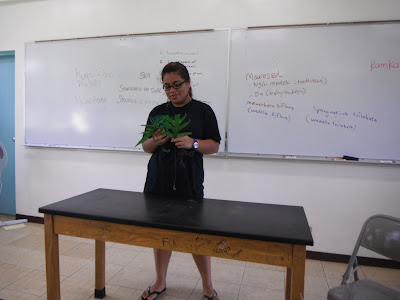 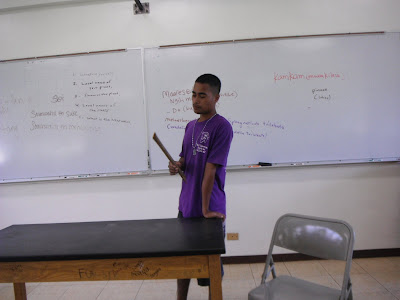 Apaisang described the use of four root pieces from aiau (Pohnpei), Ficus prolixa, used in a tea to treat high blood pressure. 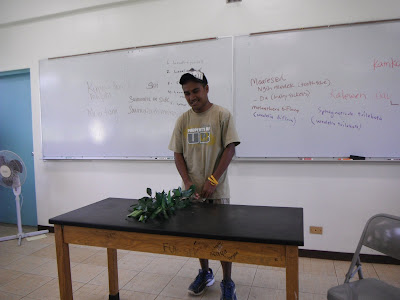 Mavrick described the use of Gardenia jasminoides leaves to heal wounds. 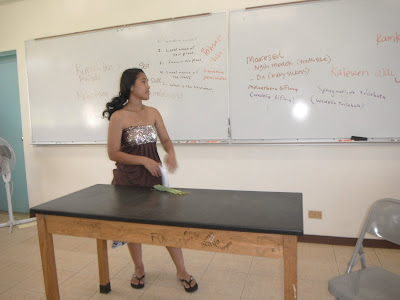 Frauleen spoke of using the white inner core to reh padil (Pohnpeian, Ischaemum polystachyum)  for stomach ache. The young white inner core of many grasses seem to have stomach calming qualities. Chewing on the core or making a tea of the cores appears to work. 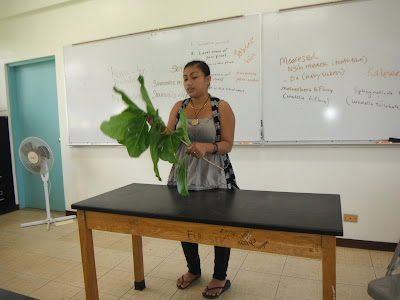 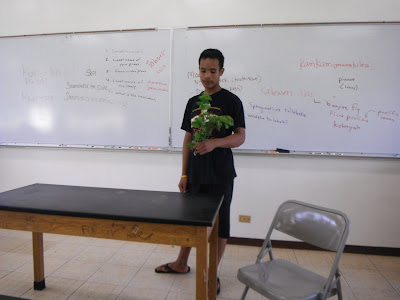 Rockyner brought in oahr, Premna serratifolia. Oahr is easily distinguished from topwuk, even at a distance. Yet topwuk is also Premna serratifolia. Some botanists would like to see topwuk separated out as Premna obtusifolia. Neither plant has serrated leaf margins, which would seem to be the meaning of the Latin binomial. Used in a steam bath for headache. Also used for soumwahu suwed. Pound, shower to cleanse away evil spirits. 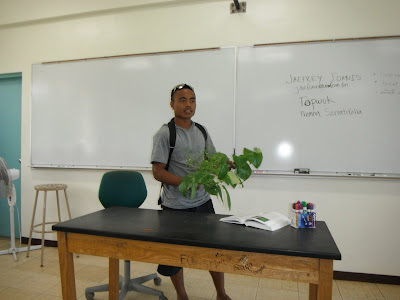 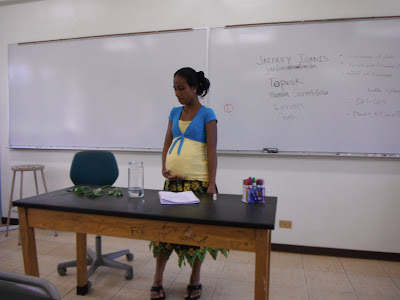 Melsina Manuel added a prop to her presentation. Instantly nine months pregnant, Melsina described on toahn likoahmw leaves are rubbed in one's hands and added to water to make the water slimey. Drinking the slimey water during pregnancy will help keep the uterus clean and ensure an easy delivery. Melsina expected to deliver immediately upon completing her presentation. 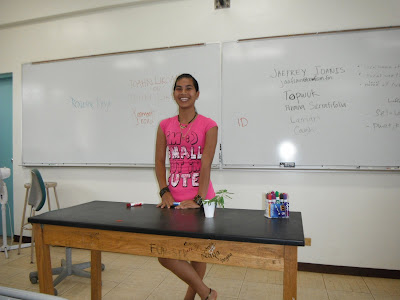 Roxann presented Phyllanthus amarus and some of its uses. One slightly different use is when a youth returns home late and may be in trouble for having been out without permission.  Eight P. amarus in your back pocket will protect the youth and the parents will not be angry. The plant is one of a number of plants, including Mimosa pudica, which are referred to as Limeirpwong (woman sleeps at night).

Medical research has already occurred on this pan-tropical plant. Kieme, Hartung, Huber, and Vollmar found that Phyllanthus amarus has anti-inflammatory potential by inhibition of iNOS, COX-2, and cytokines via the NF-kappaB pathway. According to Patel, Tripathi, Sharma, Chauhan, and Dixit the plant is used in the Ayurvedic system of medicine in India the plant is used to treat problems of stomach, genitourinary system, liver, kidney and spleen. The whole plant is used in gonorrhea, menorrhagia and other genital affections. They also claim that the plant is useful in gastropathy, diarrhoea, dysentery, intermittent fevers, ophthalmopathy, scabies, ulcers and wounds. 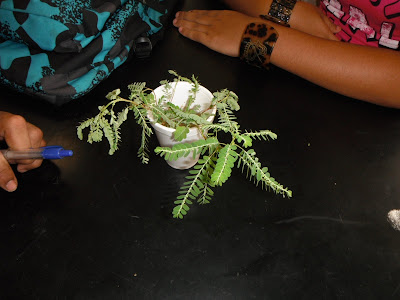 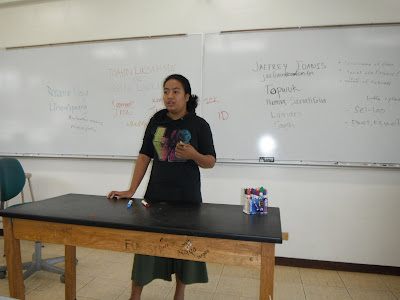 Karmi brought in pandanus root, kipar (Pingalapese). She noted that the roots are used in the liok treatment of da in babies, called mweredi en nan ewen seri in Pohnpeian. This is known as oral thrush, a mouth infection caused by the fungus Candida albicans. The juice of the three young root aerial tips is squeezed into the babies mouth to clear the oral thrush. 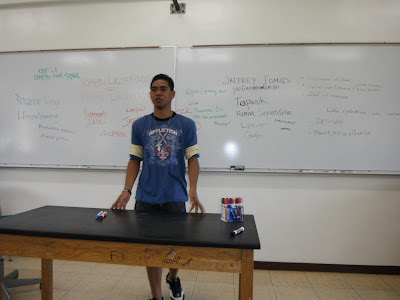 TJ Thaddeus Xavier presented the use of the base of the trunk of a young banana to treat bleeding on Woleai.