January 27, 2013
I introduced linear motion this term by riding my RipStik on the solar panel covered sidewalk. This was the first term to use this sidewalk. I opted to use it as the sidewalk in front of A101 is in an increasingly deteriorated surface condition. 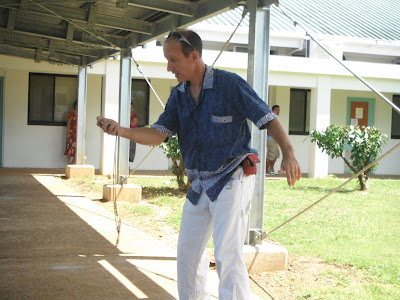 The posts turned out to be separated by almost exactly 500 centimeters. 501 centimeters and a few millimeters, but close enough to take advantage of the rounded value. 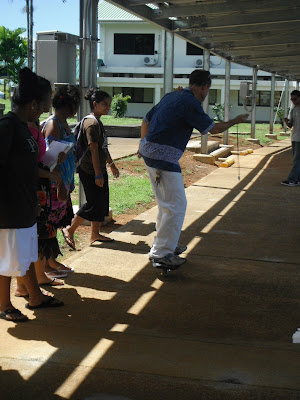 I rolled without swizzing, which would later yield a nearly perfect straight line. 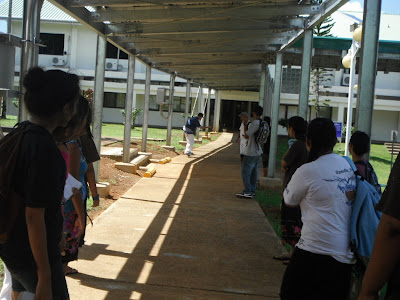 I then shared the data, sketched a very rough graph, and assigned a spreadsheet generated graph as homework. 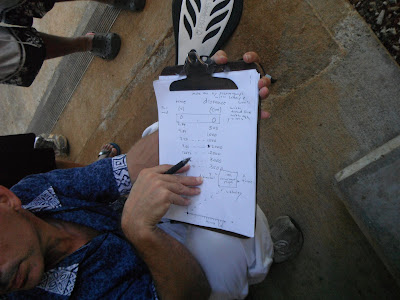 I also decided to not use a ramp this term. Rain moved us onto the gym porch. I did ensure I had pumped the ball really taut. The procedure was to use a bowler and have the bowler attempt to repeat a speed as accurately as possible. The highest speed was obtained by side arm slinging of the ball just as fast as humanly possible.

Note that the data was gathering in centimeters, not meters, making the data parallel to the lab the next day. 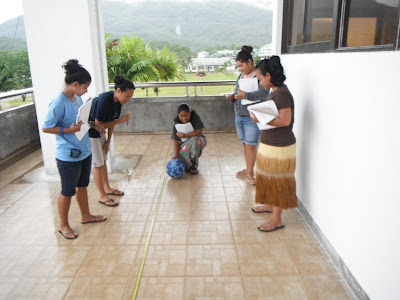 Surprisingly, this system worked well, with the usual exception of seconds zero to one covering too much ground relative to seconds one to two. In the above image the roll will be a very slow roll. 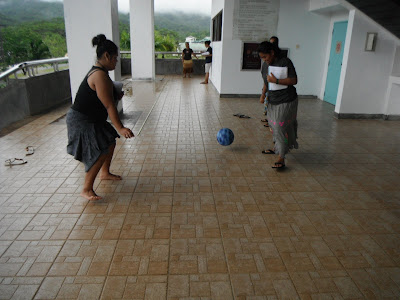 Jamori is moving to tracking the location of the second second on a fast moving ball. The first ball is stationary, each ball after that is faster. 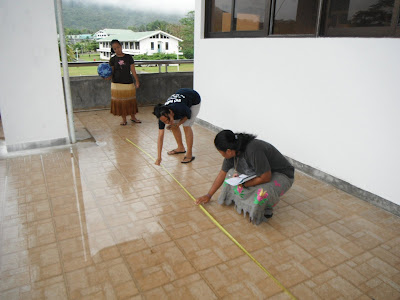 Darla and Eksina measure the distances to the second marks 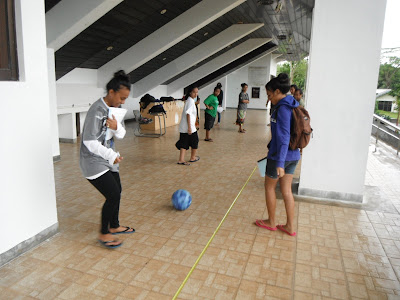 The 11:00 class locating the second marks. After the runs were done, I sketched a graph of the five ball runs on regular graph paper. This term I did not bring poster pad. No ramp, no poster pad. This makes the lab even more portable. The ramp and poster pad are problematic for moving across campus and are probably not available in an elementary school. I say on the ground and graphed the data while the class looked on. As I charted the data I asked questions. I also plotted my RipStik run, which was a 200 cm/s run. 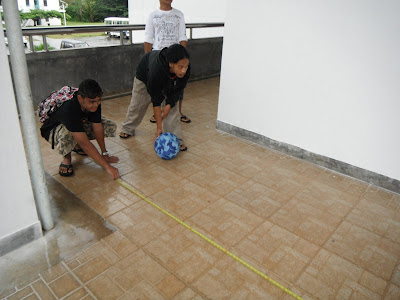 Person setting up for a fast bowl.

For the very last run at the highest speed in the 11:00 laboratory I decided to forgo using a timer with a stopwatch. I told the students to watch the ball and to count "one-one thousand, two-one thousand, three-one thousand" in their heads and to jump to the location of their ball for their second. This worked surprisingly well. While I have had the timer simply count-off seconds without referencing a stop watch, I have not tried having the ball trackers count in their own heads. There is a risk of count rate differences. That said, the run was arguably the most linear of the day. 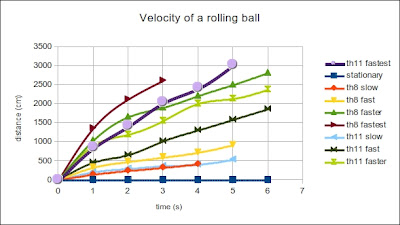 The th11 fastest run was the experimental run, in purple above. There is a less marked drop-off in speed after the first second - a drop that I have come to suspect is related to reaction time delays on starting the timing.