Common core, measurement, and valuing what other people think

December 09, 2012
In the late 1980s I took a curriculum development course at the University of Illinois where we learned to build curriculum based on student learning outcomes. Elementary and secondary education teachers were being taught to measure learning.

The collegiate system would eventually drink from the cup that they were passing out to their future teachers and work on basing measurement on learning. There was always a subtle factory/business model metaphor underneath student learning outcomes: General Motors produces a measurable output called cars, McDonalds can count the number of hamburgers sold. Education wanted their own measurable outcomes, billboard one-liners and sound bites that said "850,000 learning outcomes achieved to date."

One of the leaders in assessment at this college for eight years was Jonathan Gourlay, chair of the language and literature division. Both he and I shared a keen interest in assessment and measurement. I like nothing better than a pile of numbers and a few good statistics. I understand the joy of measurement and quantification.

That said, I also recognize that part of what I do in the classroom is an ineffable art. Paolo Freire felt that education could be revolutionary, late in life he also said that education is love - that which is beyond measurement and quantification. 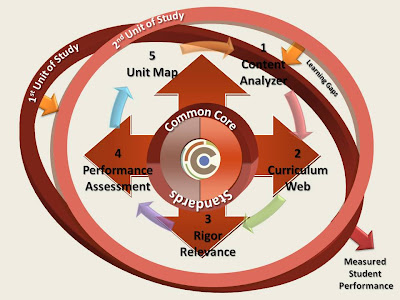 As goes lower education, so is likely to follow higher education. And the new movement is a drive towards common core standards. These conceptual surges come and go, when I joined the field "A Nation at Risk" was all the rage. As with every other set of curriculum recommendations, the common core has generated controversy.

In response to both a Melville House article titled Fiction being scrapped from schools? and a recent Washington Post article title  Common core sparks war over words, Jonathan wrote an insightful and humorous addition to the concerns expressed under the title Common Core Standards and the End of School. 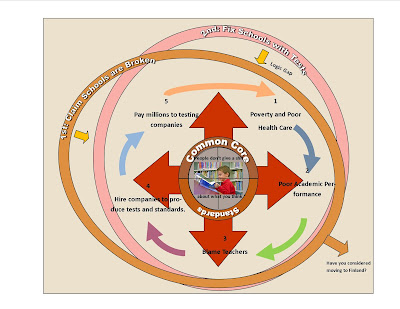 Both the Post and Jonathan's article continue the dialog on what should be a common core - for us at the college, what should be a part of the general education core. And beyond what should be in the general education program, but also how that is delivered. I use physical science as a vehicle to engage the students in doing science, gaining writing skills, and building mathematical skills. There is no free lunch, and my emphasis on engaging in scientific exploration comes at the cost of content. Rather than a wide but shallow river of a thousand factoids in 16 weeks, physical science spends more time on fewer topics.

In a few years the debate on the common core will filter into higher education. And yes, I do care what my students think - even though I cannot measure that.
assessment education