November 13, 2012
Laboratory 042 followed the constructivist variation piloted spring 2011. I ran the set-up in the same manner in which I set-up last spring and last summer. I first asked the students to predict the result prior to any marble collisions. Then I released one marble on a shallow ramp. The marble rolled down and collided with a line of five marbles of roughly equivalent mass. I repeat this with two, three, four, five, and even six inbound marbles. For the latter cases I shift the focus to the "break-away group" retaining the inbound number as the released marbles also tend to continue on post-impact and eventually off the ramp. I then demonstrated that "speed in" is equal to "speed out." How does the penultimate marble "know" whether it should stay or go? How does the penultimate marble in the line "keep count" of the number of inbound marbles? Once the students have their minds wrapped around the mystery of the marbles, I ask them to form small groups and to try to attach numbers to the system. To make qualitative measurements of mass and velocity for the marbles. I usually provide no further guidance nor correction. I do circulate and try to be helpful to groups that seek assistance. 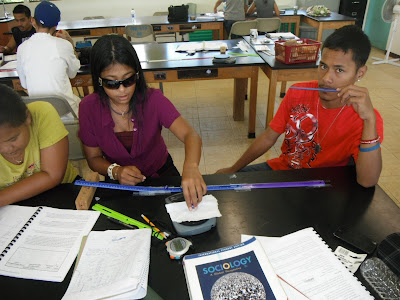 The laboratory went well enough this term, and the presentations were good. The laboratory was valuable from a discovery learning aspect. The complication is that the laboratory still does not easily lead to an obvious laboratory report. Being an even lab, this lab has no full write-up, only a data table and graph. The students, however, do not necessarily hit on linearily related variables. Some only have qualitative data by class end. I have yet to determine the best way to have the students report their findings. Maybe a qualitative report is most appropriate. 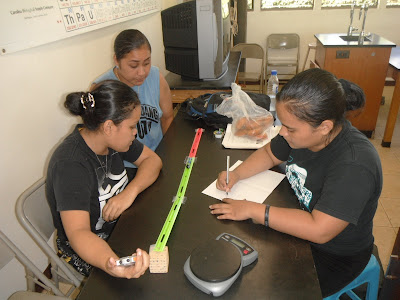 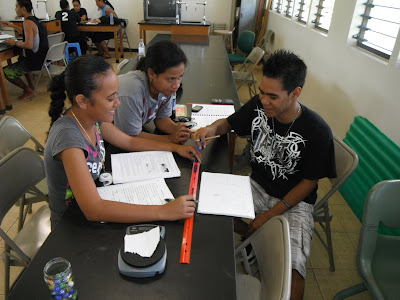 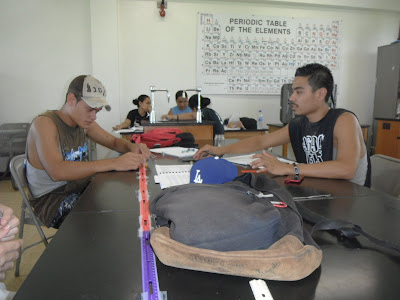 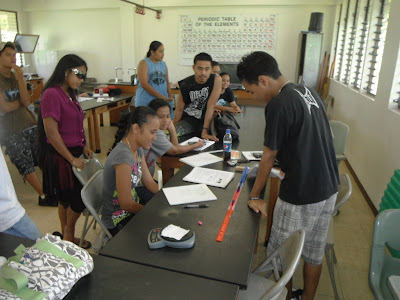 TJ explains his group's explorations to the class 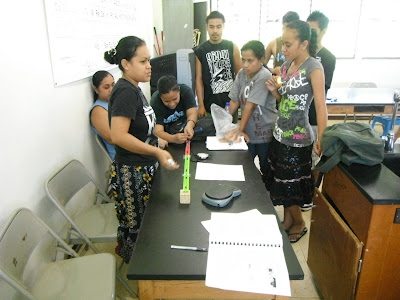 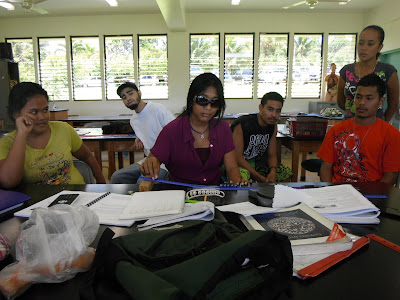 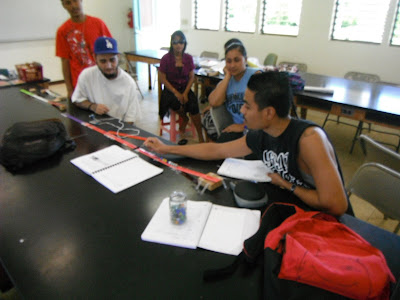 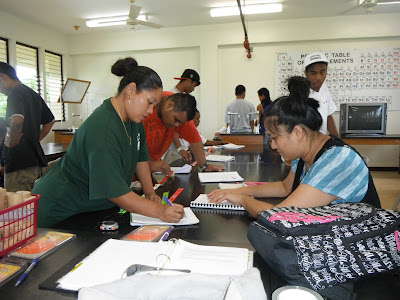 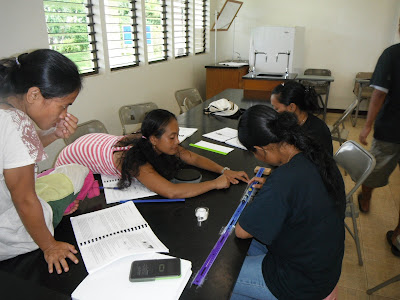 Judy Ligohr works hands on with the track. 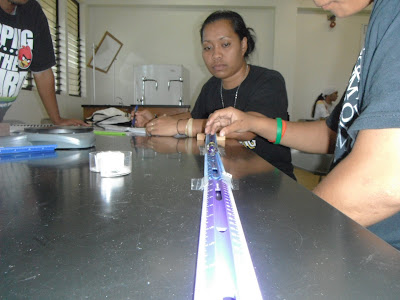 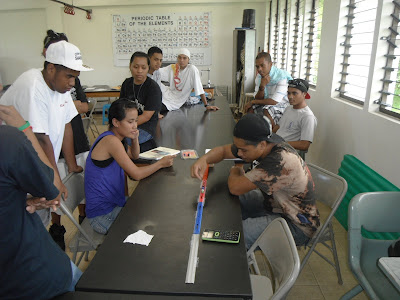 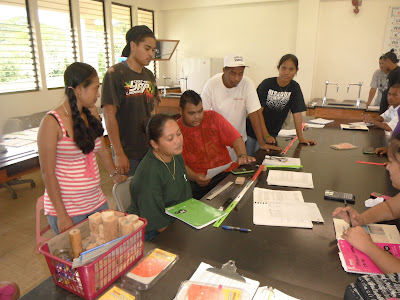 Vengelynn explains some of what her group was working on 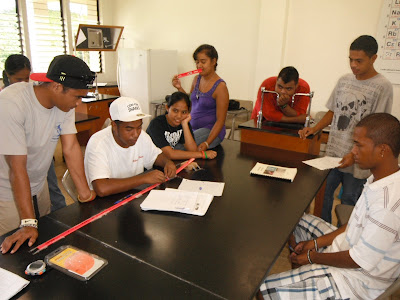 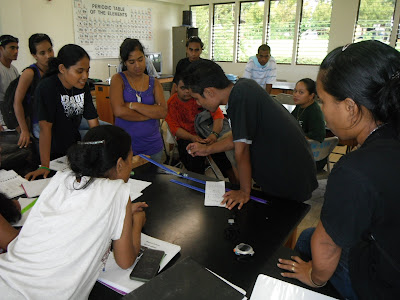 Eugene Taulung explains his group's work to the class