November 17, 2012
On Friday 16 November the fourth in a series of work shops intended to provide support to the instructors at Madolehnihmw High School was held from 4:00 to 6:15 P.M. I left the college at about 3:09 and arrived at 3:50 at MHS. I managed to avoid the holes in the road, but hit a lip that crosses the road on a bridge in Pehleng that slipped my mind.

I started with an apology for having not showed up for the 26 October meeting. I had set email reminders, but a power outage had taken down the college server during the time frame in which the reminder was set to be sent. For future reference, I noted that my email signature line includes my cell number.

The session opened with a question on box plots. As box plots were included in statistics for the first time this term, I launched into an explanation of box plots without probing further to understanding the context in which the question arose. 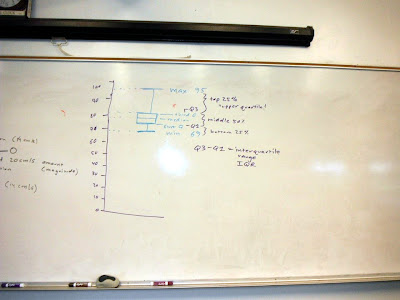 After showing how to obtain the five numbers that comprise a box plot and drawing the box plot, I learned that the actual question inferring which plot could represent a data set based on the values on the axes. Thus the skill to be taught is an inferential skill wherein the student can make educated guesses to eliminate graphs which could not be correct based on the axis values being inappropriate. 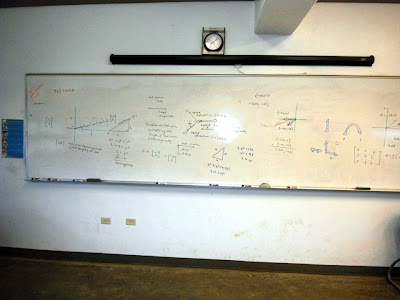 The next set of questions centered on vectors in column form. I was initially confused and fumbled this one when I set up vectors as rows of matrices. I was also unfamiliar with the notation choices that had been made in a reference document. I eventually came to grasp the notation and set up of the problems. My own vector background stems from the world of physics and the notations used therein. 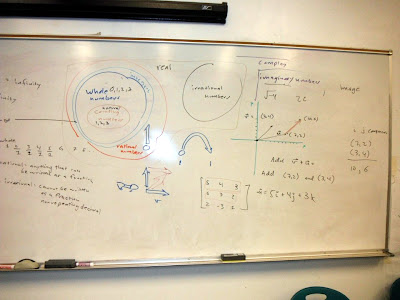 The next set of questions centered on counting numbers, whole numbers, integers, rational, and irrational numbers and how those inter-related. When these sets come up I cannot help mentioning Cantor and his work in this area. 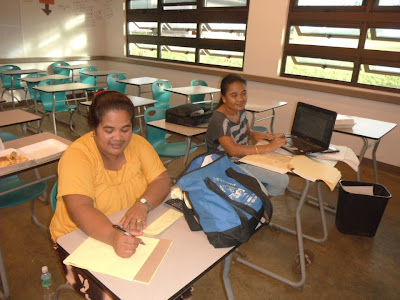 The MHS mathematics team brought wonderful local snacks, my thanks to them for taking the time and effort to prepare those! 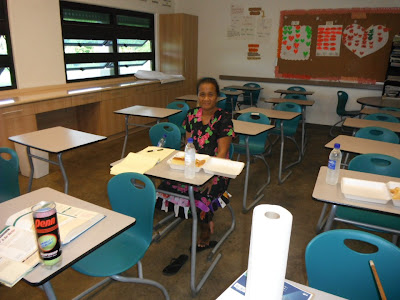 The session wrapped with a discussion of when we might next meet. Looking at the December calendars for the college and MHS led to ruling out a December meeting. MHS returns for a week of classes on 07 January and then goes onto midyear break for a week starting on 14 January. A PTA meeting on 25 January pushed the next meeting of the MHS group back to 01 February 2013.

I continue to be inspired by the dedication of the teachers at MHS. My thanks also go to those who helped put together the mathematics curriculum working group.
education mathematics