Plant based foods of Micronesia 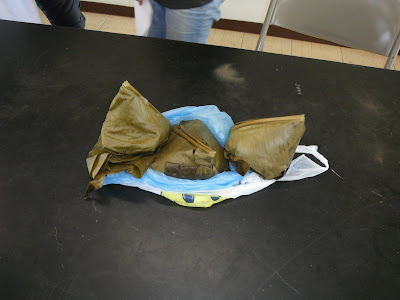 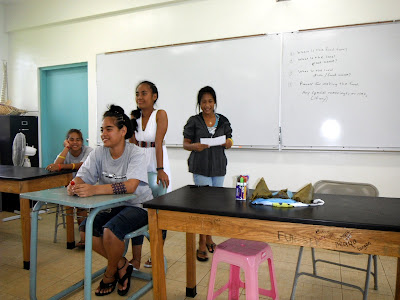 Emylou at the back left, Julane up front, Masumy standing, Rose Ann presenting. 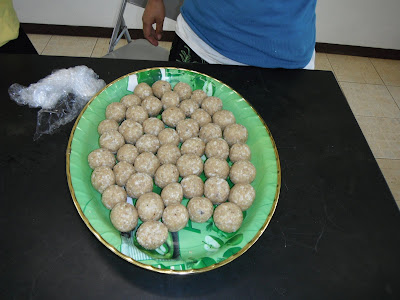 A second group presented lopwon mwahng - taro balls. The color differences seen between the dishes above and below are due to different varieties of taro being used. The balls are cooked, grated taro formed into a ball. Coconut and sugar are added. 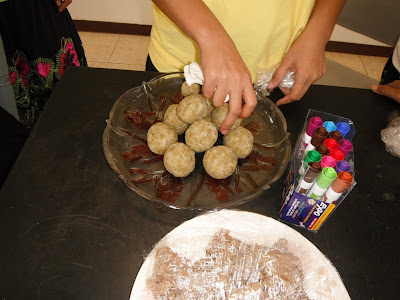 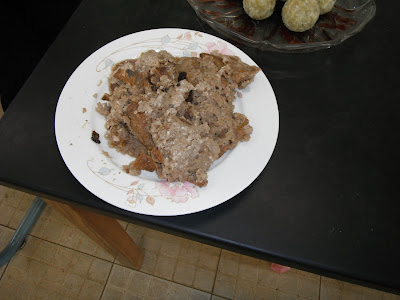 Rotama, a favorite of mine, made from yam or taro. 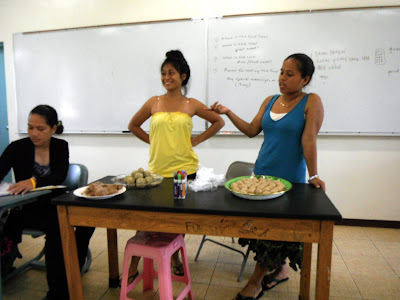 Jaynice, Shalein, and Ivenglynn of the second group present their dishes. 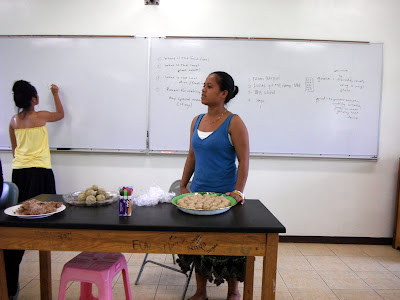 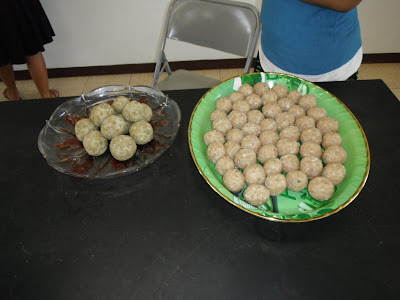 Lopwon in mwahng, two varieties next to each other showing their color differences. 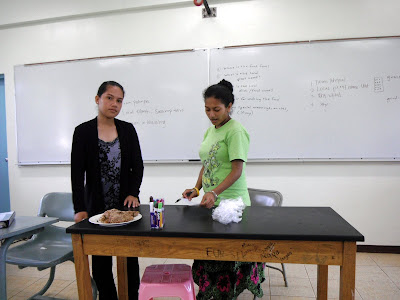 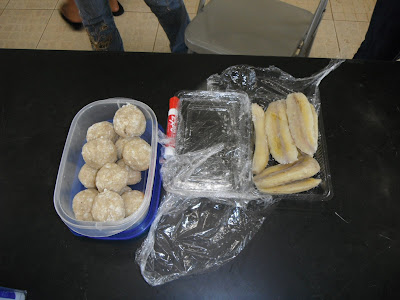 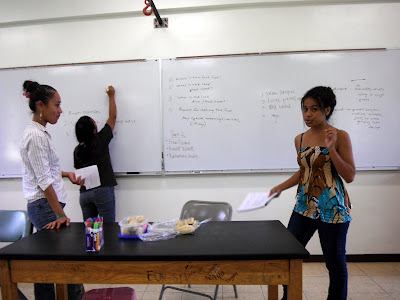 Melanie presents while Relianne looks on. 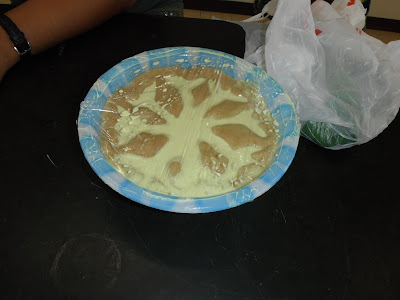 Chuukese kon. Pounded taro (pula) was used for this kon. A must for any Chuukese gathering with food. In the lagoon men do the pounding, in the Mortlocks the women pound. 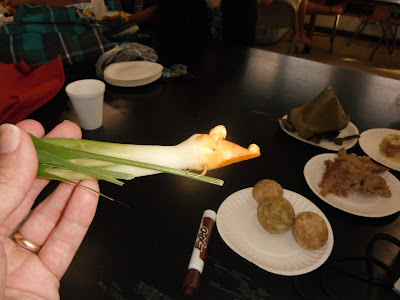 The kon gains its color from the taro and the use of tumeric ginger. 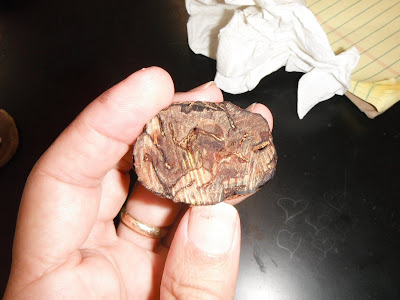 A unique flavor is imparted by the grated dry fruit of Atuna racemosa (aiec in Chuukese, ais in Pohnpeian), also known as the parinarum nut. 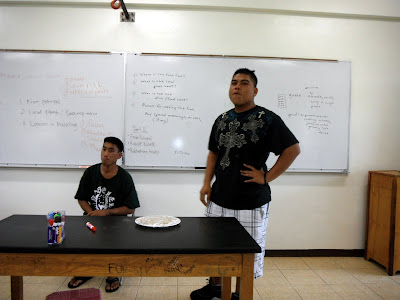 Arnald and JB present a form of fafa 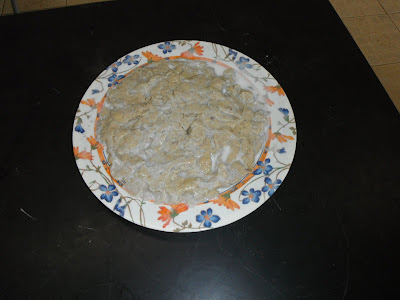 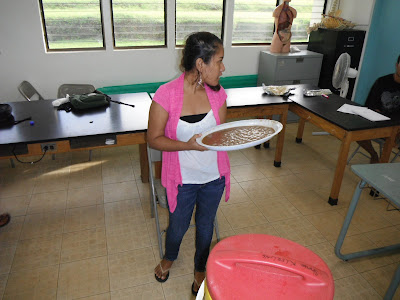 Delphina presents the ever popular fahfah fiti. Soft taro is cooked in an um (uhm), pounded, formed into balls, and covered with a caramel sauce produced from coconut juices. 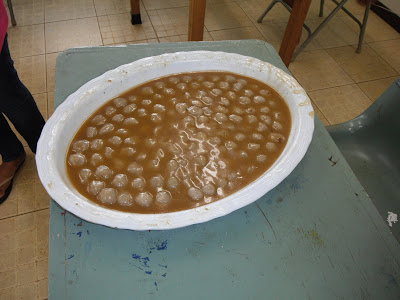 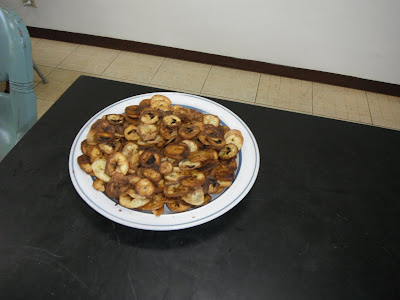 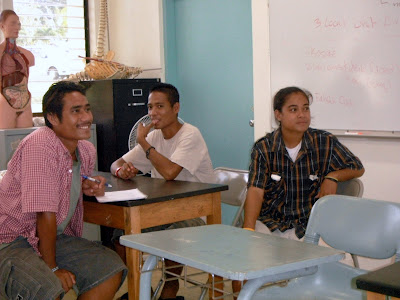