September 21, 2012
On Friday September 21 the third in a series of work shops intended to provide support to the instructors at Madolehnihmw high school was held from 4:00 to 6:00 P.M. I left the college at about 3:10 and arrived at 3:56 at MHS. 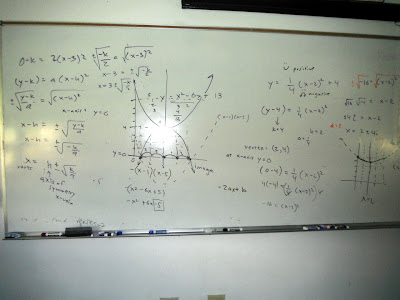 Whereas in earlier sessions I had some foreknowledge of what was to be covered, for this session I had no foreknowledge and responded to questions. The first question was the effect of the coefficient a in the vertex form of a quadratic, which I write as (y - k) = a(x - h)^2. This led into coverage of the vertex form, its relationship to y = ax^2 + bx + c, and on into imaginary roots (x-intercepts) as the x-axis crossing of the reflection of the parabola. I wanted a mirror tile, but I had none with me. 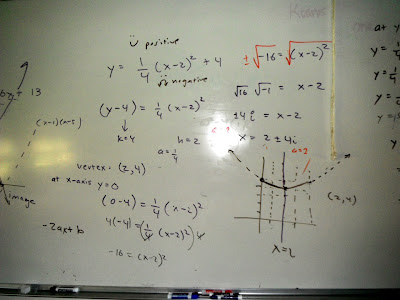 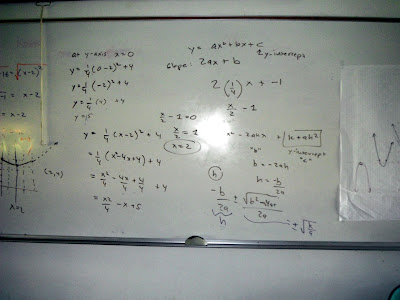 Along the way I mentioned the focus on slope and y-intercept for linear equations, a focus that effectively disappears as soon as the book turns to the topic of quadratic equations. I noted that c in y = ax^2 + bx + c is the y-intercept and the slope is 2ax + b. I then explain that this requires calculus to generate the slope function. The students, however, can see that a slope does exist and that the slope changes as x changes - hence the curved line. 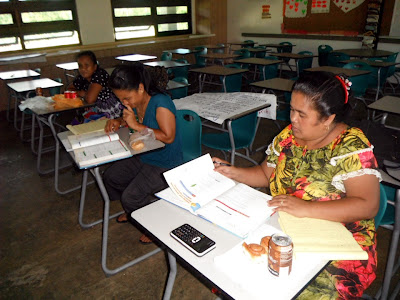 Although MHS dismissed at noon, the instructors in the program waited until 4:00 when I arrived. This is true commitment to the profession that is education. 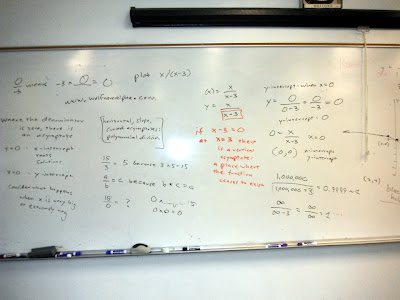 The instructors then had questions on rational functions. Rational functions is section 4.1 of the MS 100 College Algebra text. When I was division chair I was aware that reaching 4.1 was nigh on impossible if one covered all sections from chapter one to three. When I taught MS 100 I used to jump out of chapter three just after polynomial division to pick up 4.1 and, if possible, 4.2. While I am not necessarily enamored of rational functions, I do think asymptotic behavior is a worthy concept in and of itself. 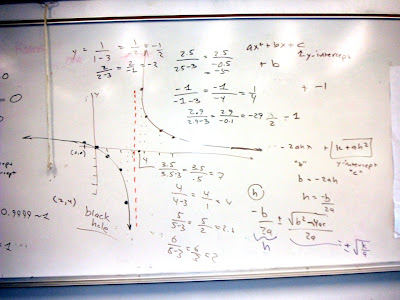 The session wrapped up with questions on direct, inverse, and joint variations. 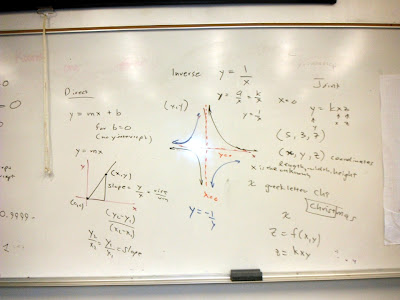 The team at MHS kindly provided refreshments for everyone. 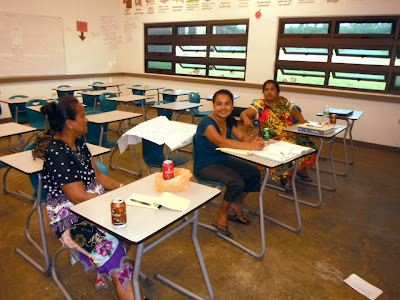 The workshop wrapped up at 6:00 in the evening. 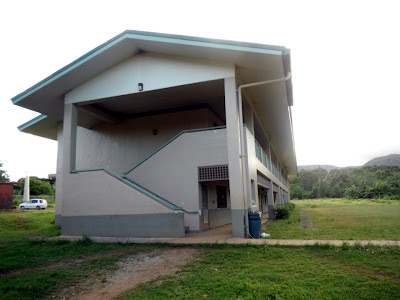 The drive home included a hint of a rainbow in a sunset lit cloud. The group will next meet on 26 October at MHS at 4:00 in the afternoon.
education mathematics