August 13, 2012
I rarely buy raffle tickets. This is not a moral or ethical position. I simply do not want to risk winning. I facilitate learning in statistics. Unlike those who play the lottery or gamble in Las Vegas, I do not only do not believe I am lucky, I do not want to be lucky. Lucky means that a rare and unusual event has occurred. An event in the tail of a distribution.

Engaging in raffles is risking being lucky, is asking to be lucky. I fear lucky.

I needed a phone card to reload my cell phone, and with the phone card came two raffle tickets, no choice. The raffle stipulated that one must be present to win. I could have not gone to the raffle, but I had to find out if I was still average. If I was still not lucky. Which is good.

The draw, was, however, rather under-attended. Somewhat severely. There were about eight ticket holders at the draw. 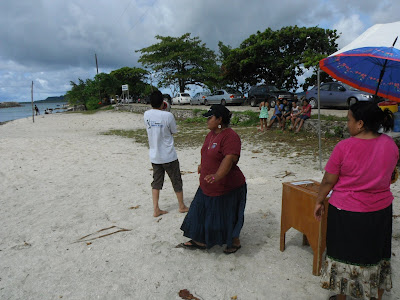 Being unlucky was suddenly going to be far less likely. I was asked to pull the first ticket. There were many tickets in the box, I knew the afternoon would be long. 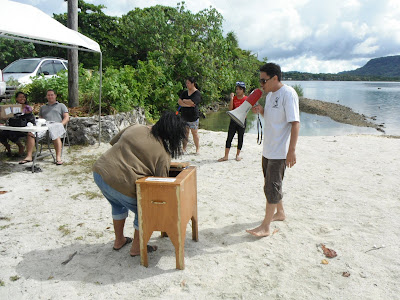 Everyone, including children on the beach eventually had a chance to draw. The list of names drawn included friends and even family members of those present on the beach. A roaring good time was had by the few on the beach as comments such as, "Let me collect that for her!" was followed by laughter. I also knew I faced a risk of winning.

Eventually the group gathered abandoned finding new people to draw and one person kept drawing tickets and calling names. I was scared my name would eventually come up. Then a ticket was drawn the numbers were called off - the procedure being used for the few tickets that had no name on them. For a brief moment there was no reaction. Then one of the few on the beach let out a yelp - she had the ticket! 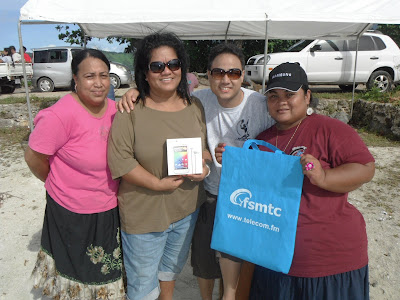 Relief washed over me. I was still not lucky. Despite the odds, I had escaped luckiness - whatever that might be. I was safely average. Having faith in probability is an odd religion to be sure, but then the universe runs on probability - quantum theory is built on probability after all.